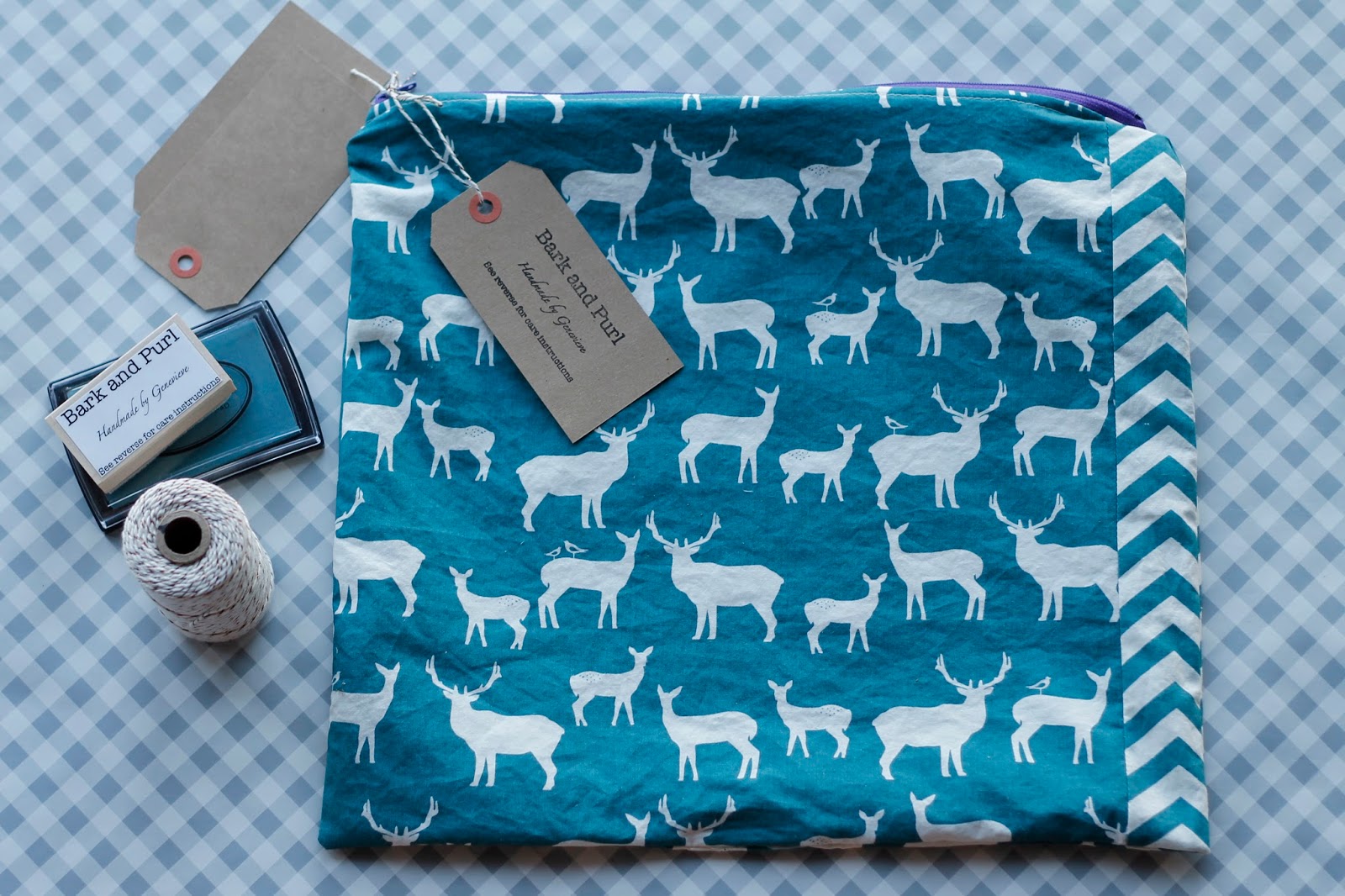 As I wake up to our house so cold that I cannot bring myself to leave the cozy bed, I dream of past and future camping trips. Early last fall, we went camping on Kalalogh beach, meeting up with a great friend from Victoria and her two amazing dogs, Raine and Finn. Little Noodle was shy at first and then decided that nothing was better than jumping on Finn and nipping at his long ears for hours. Poor Finn was a trooper. We made scrambled eggs, our staple camping breakfast, and I went off to wash the dishes as my husband stared blankly into the horizon. If you met him for the first time in the morning, within an hour or two of him waking up, you would probably wonder how he functions. To say that he isn't a morning person is an understatement. Luckily for me, he becomes, later in the day, a witty intelligent guy. It was a beautiful west coast late September morning, i.e. foggy and cold. Done with dishes, I stared at my wash cloth and towel, wondering what to do with them since there was no hope of them drying anytime soon, as my friend pulled out this great waterproof pouch from Monkey Foot Designs. Well that seemed brilliant. I planned to purchase one, and decided to try to making some myself as soon as we could catch Noodle who was flying across the beach and convince him that it was time to head home. 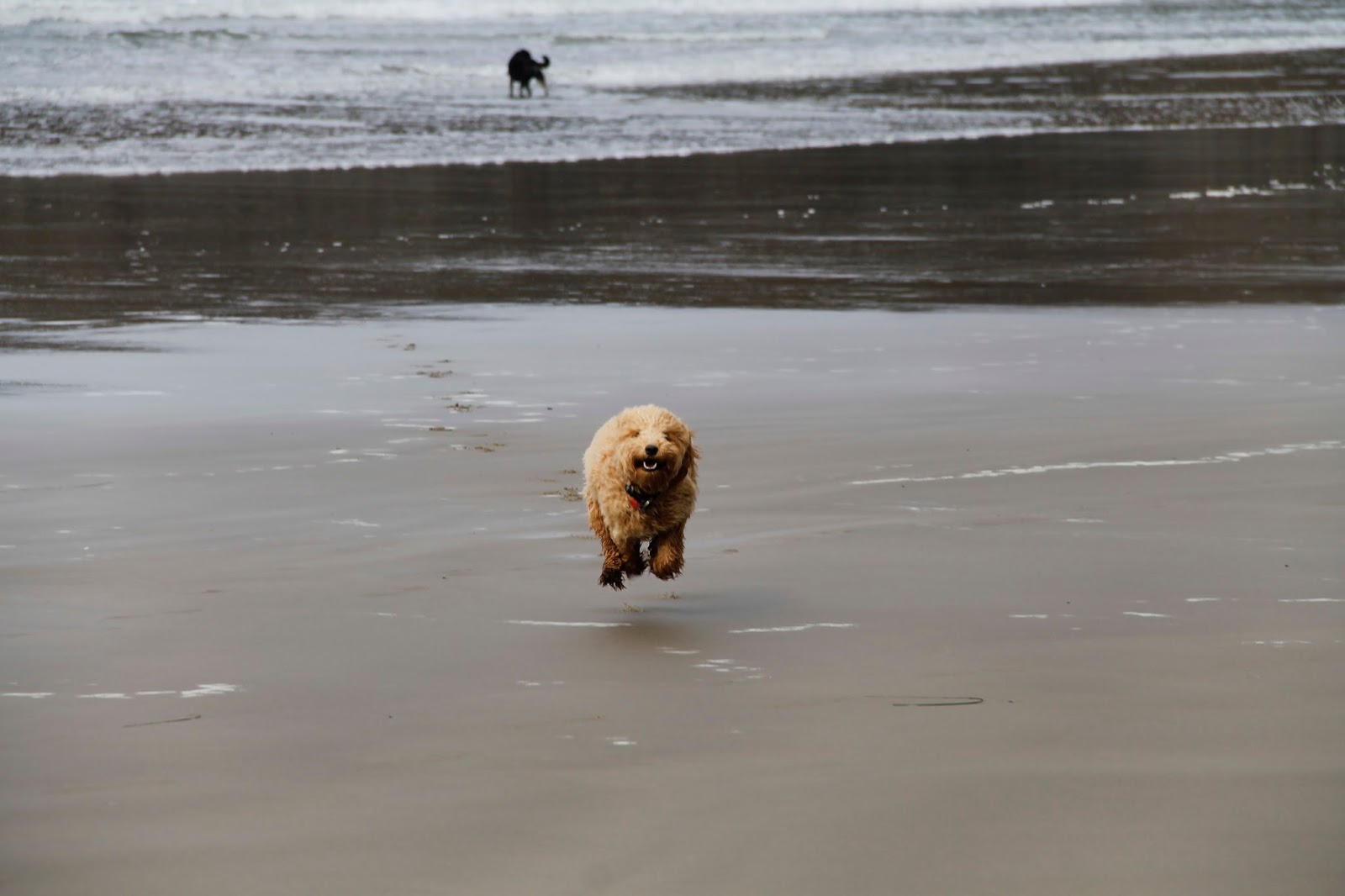 I was pretty excited to have found my first independent sewing project, after learning to sew earlier that month. I looked for tutorials online, chose to follow this one, bought some supplies and started. First, I neglected to watch the entire tutorial, and cut the fabric too small. So I started again. The waterproof fabric seemed too thin and finicky, so I decided to use some polka dot fleece to line it. I put the zipper foot on my machine, and quickly everything got stuck and I gave up. Turns out fleece is not beginner-friendly sewing fabric. Determined to succeed, I tried again, this time lining with thin cotton similar to what I was using for the outer layer. That time, bingo. Well actually, I failed another few times, but who really needs to know that. I had a zippered pouch. I excitedly made another one with the waterproof fabric, and since the wavy sewing and scrunched up fabric was on the inside, declared it a success. I could now carry my umbrella in my purse without getting everything wet. Magic.

Since the waterproof pouches are usually described as diaper bags, and not umbrella carriers (I'm not too sure why, really. It seems to me that more people carry umbrellas than diapers, but hey, what do I know), I decided to make one for my friend who is due... well at that time it was pretty soon. I cut the fabric, and was about to get started when I realized that I cut my nice patterned fabric without paying attention to the direction of the pattern. Well that was dumb. I moved on to something else, and never told her I had planned to send her this great surprise through the mail. But then, the holidays were coming around, and I figured I should buckle down and make it. I even managed to send it in time for Christmas. Kind of shocking. The chevron band on the side is a result of my cutting mistake, but I actually love it. 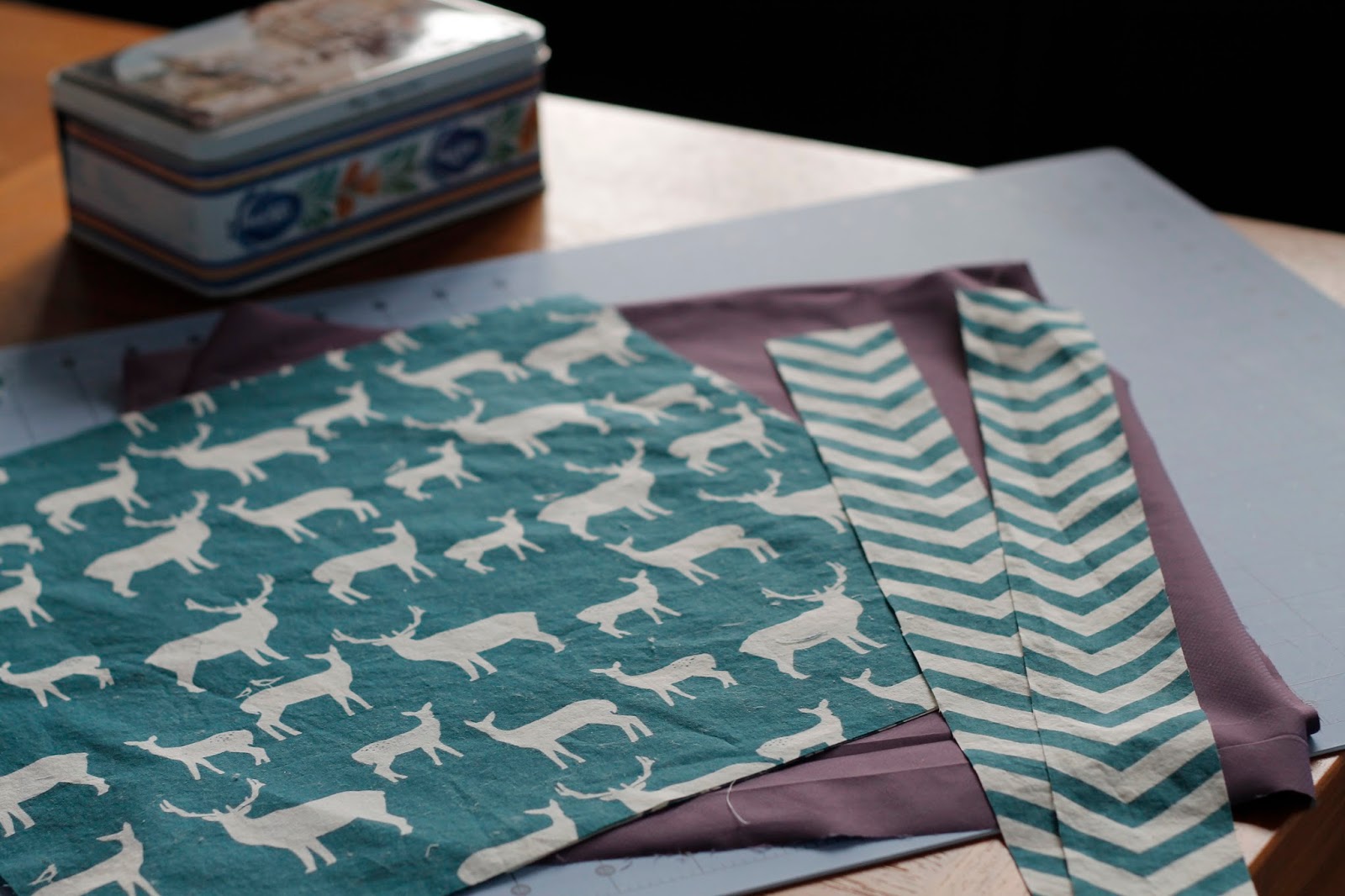 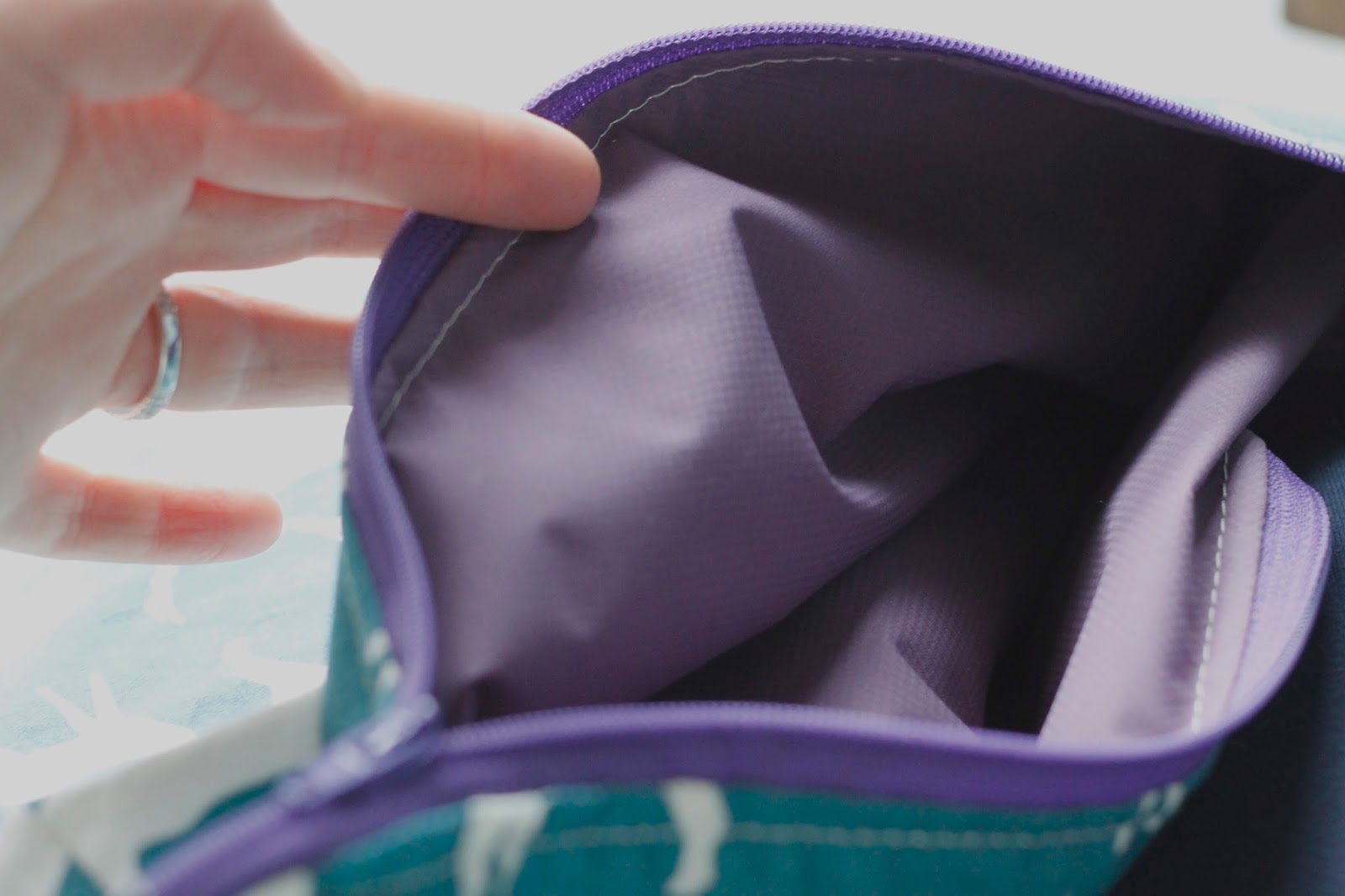 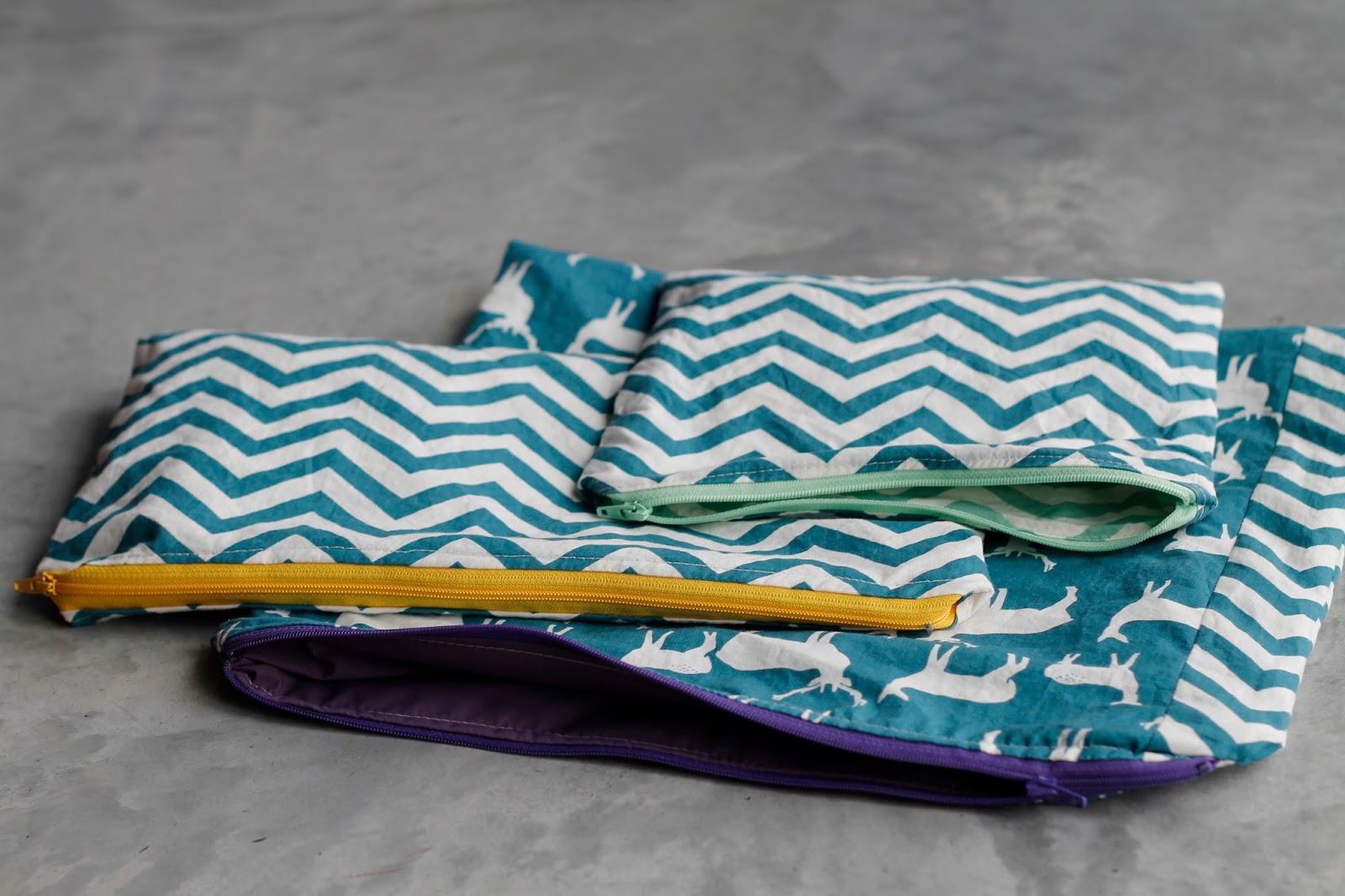