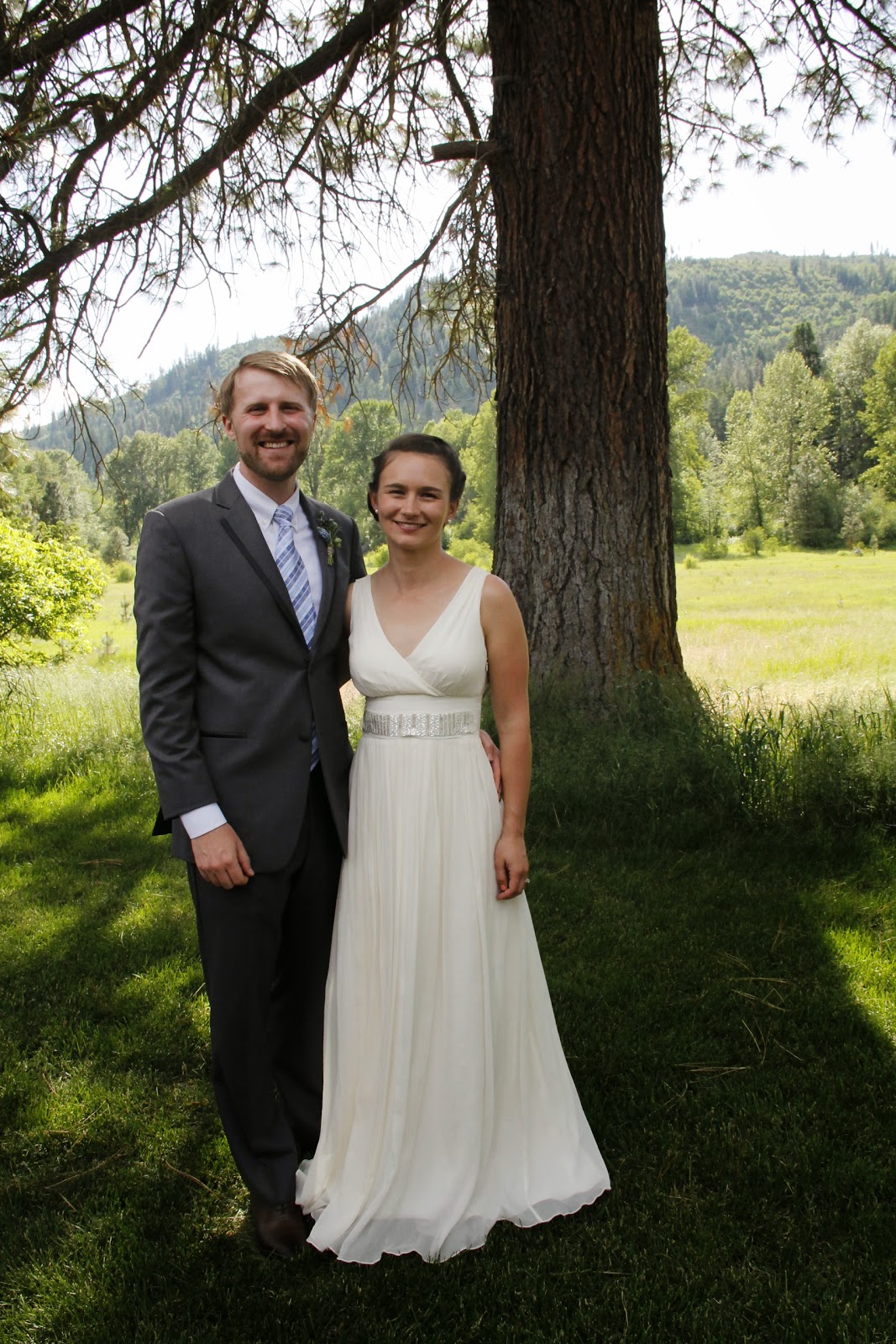 This past weekend we had the chance to witness and celebrate the marriage of two great friends. It always feels like a privilege to be there for such an event, and doesn't hurt when it's held in a beautiful location. We had a fabulous weekend in Leavenworth, WA, just east of the Cascades, a pretty amazing place. In the early 1900s, the economy of the town relied mostly on the railway system. After the railway's headquarters moved elsewhere in the 1920s, the city struggled for many decades, until some geniuses decided to transform the town into a Bavarian village. The city's economy now mainly relies on hordes of tourists, attracted to the city for it's charm, sausages, beers and of course, the nearby ski hill, hiking, rafting and rock climbing. If you ask me, after a long day of hiking/snowboarding, there isn't really anywhere I'd rather be than in Bavaria with a beer. Maybe in a hot tub. Oh wait, most hotels/condos have one. Bingo.


The wedding took place just outside of Leavenworth, at the Pine River Ranch. It was sunny, gorgeous and peaceful for the ceremony, and followed by a great reception in the barn, illuminated by rows of little white lights. Everyone looked happy and relaxed, just the way it should be. It was truly perfect. The bride looked absolutely stunning, even more than usual. I was so happy to have been able to contribute a little something to the wedding. 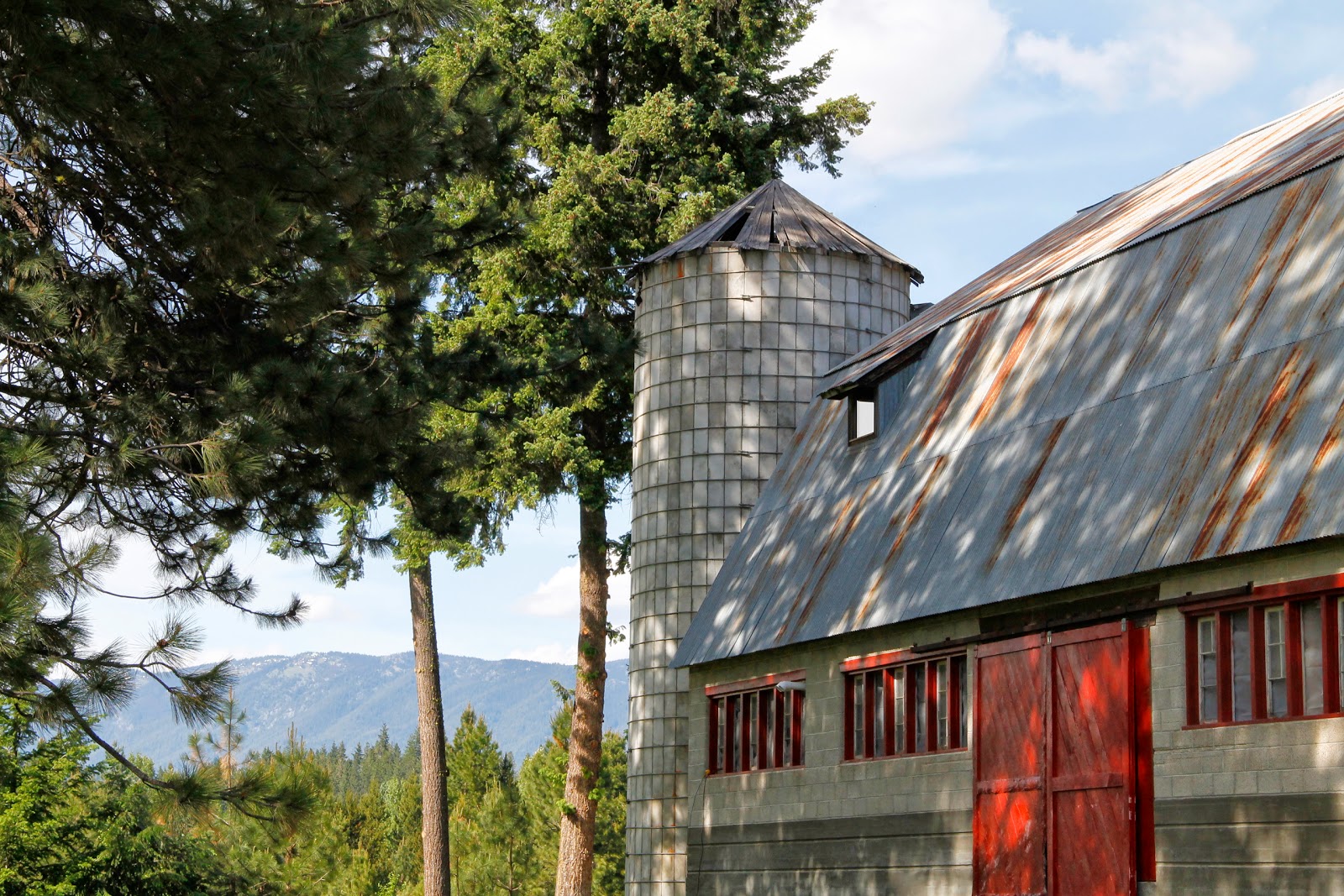 A while back, I went wedding dress shopping with the bride-to-be, and she found the perfect dress. She tried on a cute beaded sash to go with it, and it totally made the dress. Unfortunately, the sash wasn't for sale. The saleswoman told us that they had just made it for the store, and that it was super easy. That's all it took for me to enthusiastically commit to making one. Had I ever done anything closely related to this? Of course not. Did I have any idea how to do this? Nope. But there I was, thinking, oh heck, can't be that hard and I've got plenty of time.

How do you like to approach big projects that are maybe a bit overly ambitious? I personally prefer the approach of panicking quietly and procrastinating. First I left the country for a month, and did not think about it. Then I came back, and still did not do anything about it. At about 3 months before the wedding, I started freaking out. You can't really let down a bride-to-be. So I went to a bead store, heard things like special needles, thread and thread conditioner, looked confusedly at way too many different kinds of beads, and left. I was in a full blown panic. So I decided to do nothing for a few more weeks. Work on other projects that were more manageable. Then my mother-in-law came to visit, and she makes fantastic jewelry. And wanted to go to a few bead stores. I guess that was the sign I needed to buckle down and buy some supplies. So I did. My first attempts were terrible. I was trying to mimic the intricate work of my friend's engagement ring, as if I I was a pro. I wasn't. I finally settled on a simple, symmetrical pattern, which I could reasonably accomplish. My cruising speed was just below a turtle for a while. It picked up over time, and became more soothing than stressful, more pleasant than panicking, and I managed to finish it in plenty of time for the wedding. 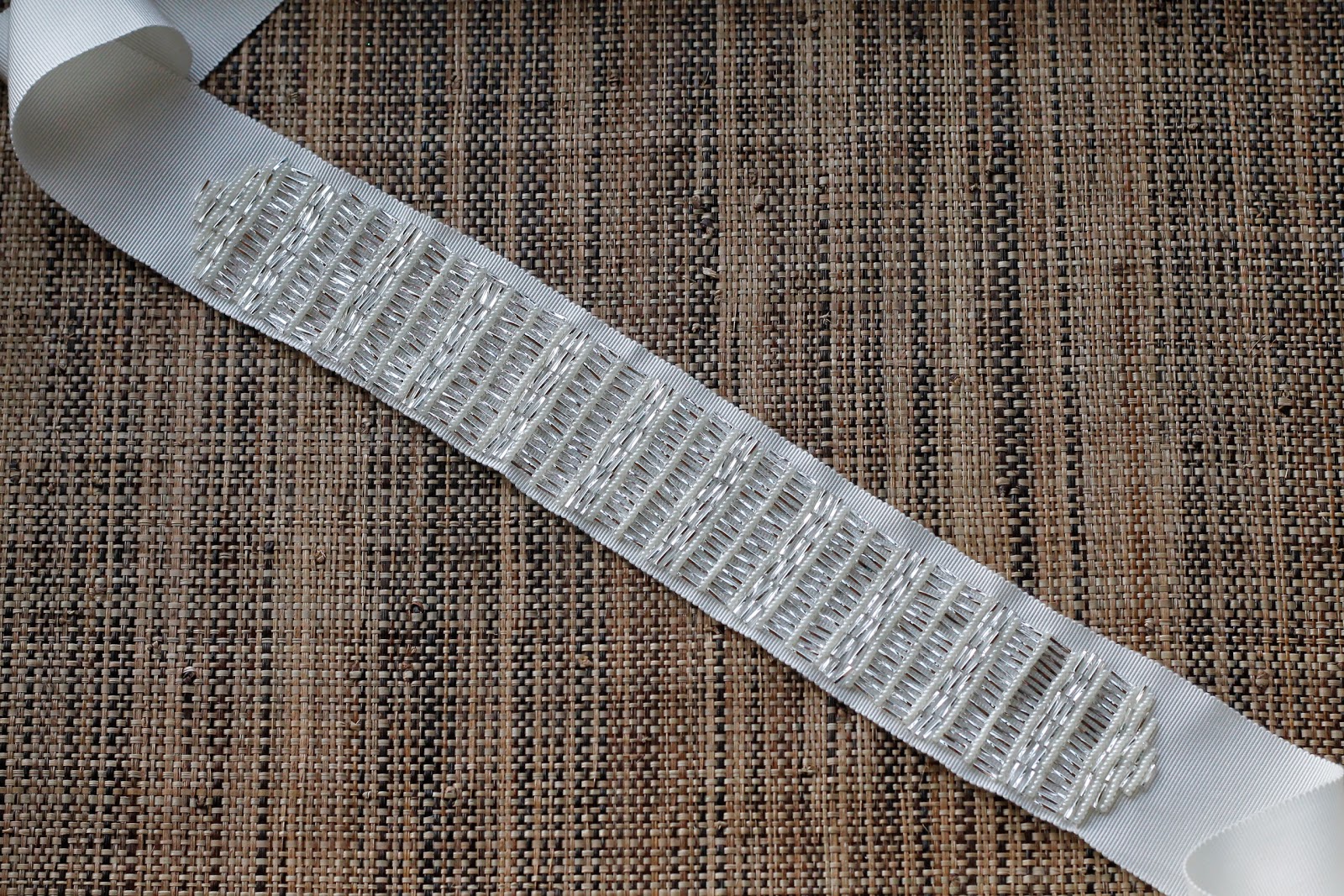 There are lots of tutorials on how to make beaded sashes online, mostly involving larger rhinestones and glue. I wanted something more elegant and delicate, to catch light and add a sparkling effect while remaining classic. Here is how I made it.

Materials
High quality silk ribbon. Luckily for me, I had the remains of the sash I bought for my wedding dress.
Beads. I chose silver cylinders and small white rounded beads for my design.
Beading needles. I used No. 14. You want to use beading needles instead of sewing ones because the eye is the same size as the shaft, so the beads don't get caught. They are also longer and more flexible than regular needles, so you can string more beads at once.
Beading thread. I used size D. You want to consider the strength and colour of the thread, to make sure it'll be resistant enough as some beads have sharper edges and you probably don't want it to show.
Thread conditioner. Helps to prevent tangling and fraying, or so I'm told.
Scissors.

Instructions
I'm no expert, but this is how I did it. I'd recommend practicing the pattern you want to make on a scrap of fabric. Once you've established the pattern, move to the silk ribbon.
Sew the beads onto the ribbon. I had to sew the cylinder ones one at the time, and could do the vertical lines of the small white beads in about 3 groups.
I struggled for some time with the fact that the beads are not all exactly the same size. Don't worry too much about small variations. It'll disappear into the pattern.
Start early. It may be slower than you think to get going! 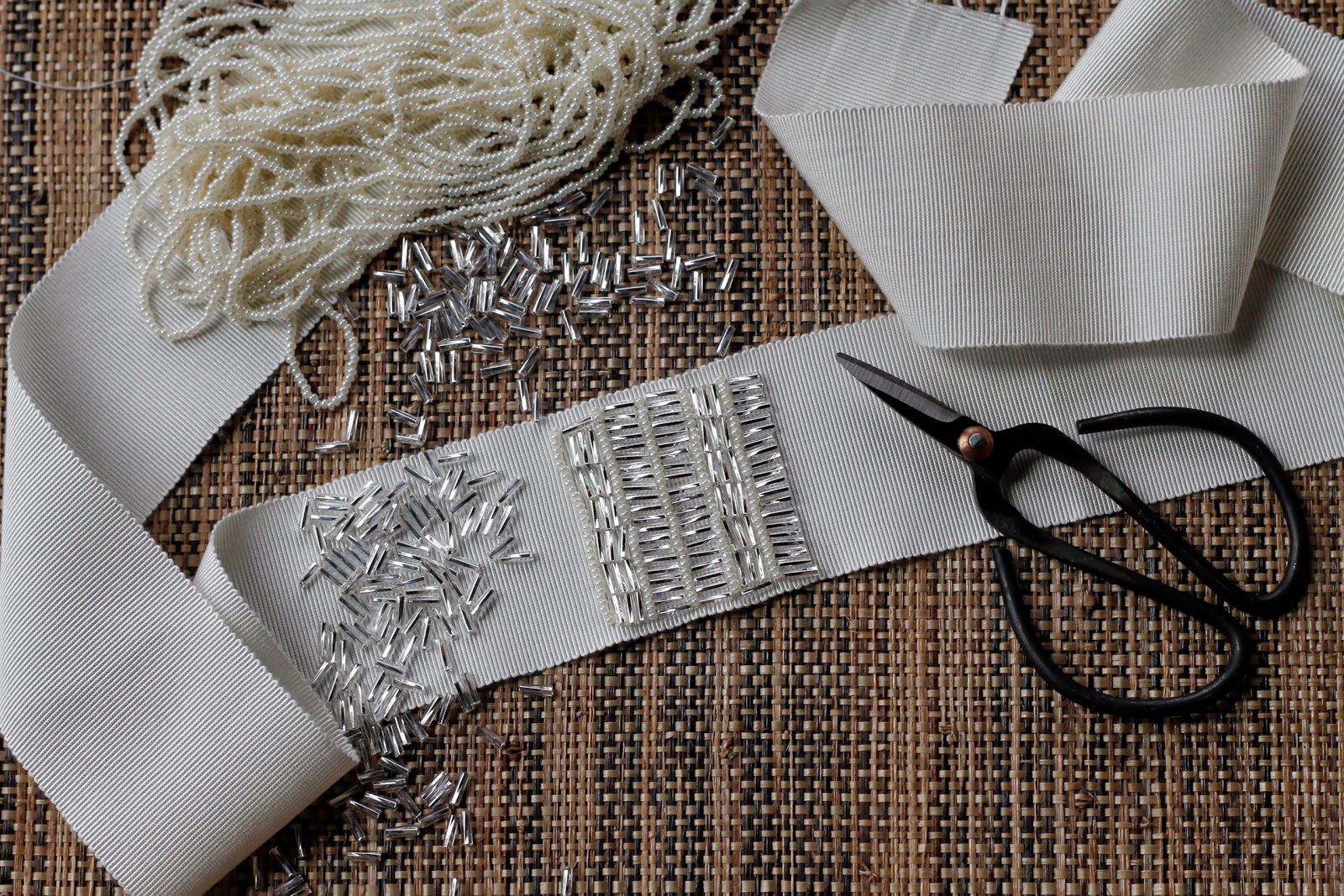 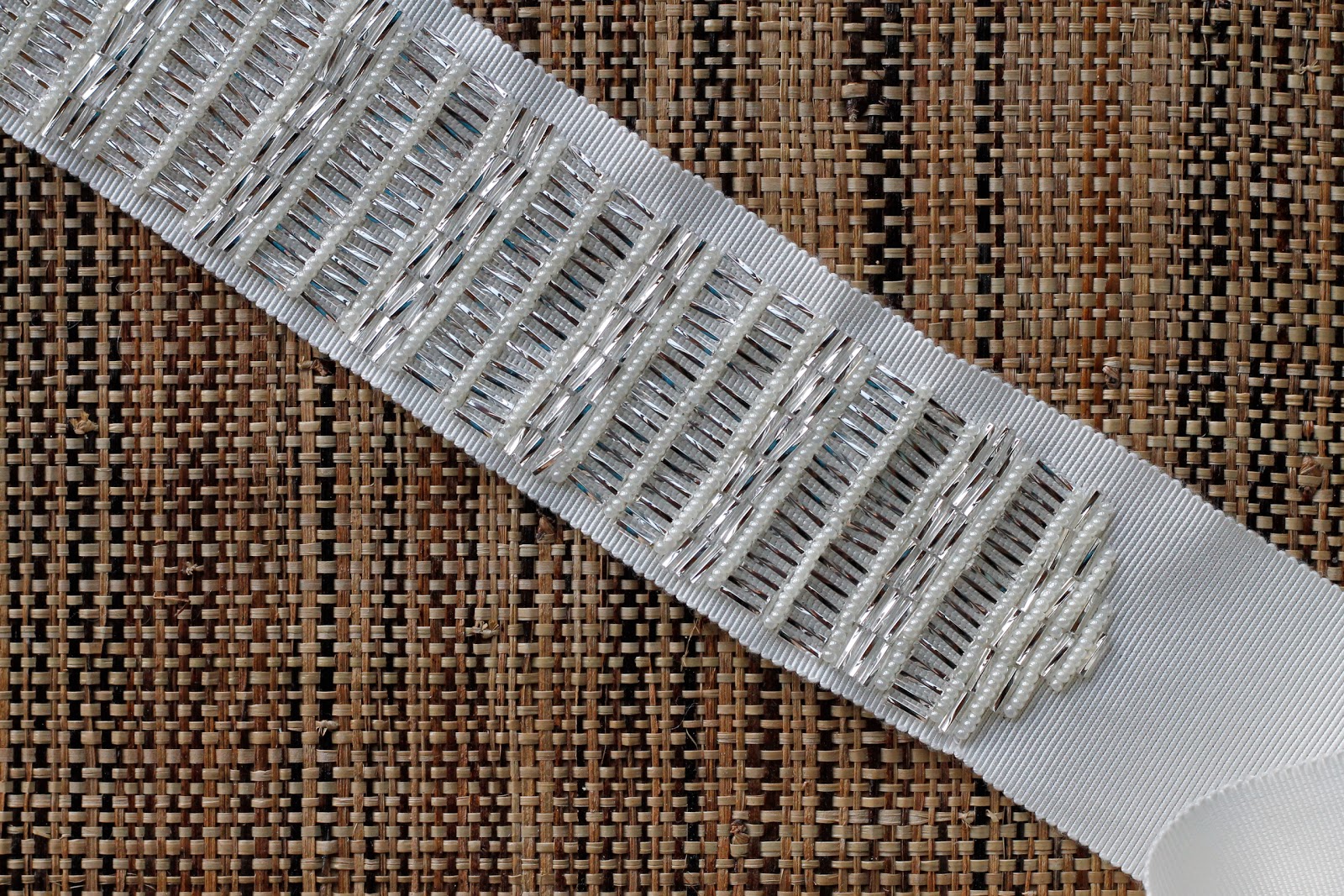