A mohair loop for mom 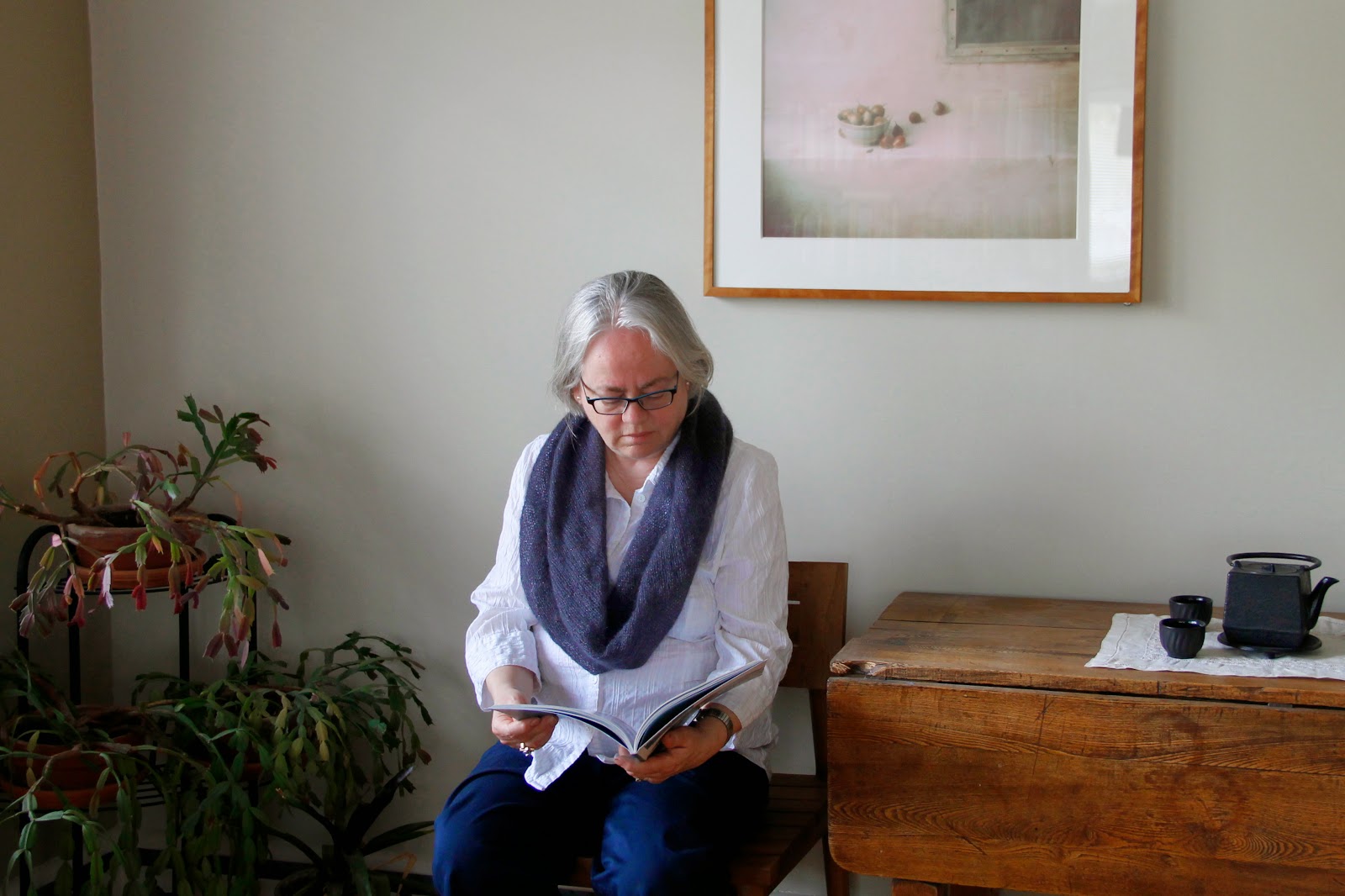 I have this problem lately. I have been having lots of ideas of things to make, a combination of knitting, crochet, sewing and crafts. I have a list that keeps on getting longer, but nothing is actually getting done. Instead I'll decide to rearrange the kitchen drawers and pantry. To declutter the closet. Cave in to Noodle's desire to play. I'm feeling a bit scattered and unfocused. I'm not entirely sure how to fix this. The to-do lists no longer seem to be working. I'm partially blaming this first top I'm knitting, which is taking me forever to finish. Maybe I'm just tired of it and procrastinating? Maybe it's these few surprise projects I've been working on lately, the first one being this gift for my dad, this loop being another one. I actually surprised myself a few weeks ago when my time management was on the ball, and I finished his gift in plenty of time to get a head start on an early birthday gift for my mom. It is so much nicer to give special presents in person. My parents are pretty into gifts, to the point that I no longer have presents wrapped when I ship some to them, since they will just opened them right away. Seriously. Warnings mean nothing. The 5-year-old child looking through the house a week before Christmas is no different than my parents. But, again, they have pointed out that the gift and the attention is more important than the day on which it is received, where I guess they have a fair point.

I had seen this beautiful project a while back when a few goods friends and I met up for coffee, pastries and knitting. I thought that it looked absolutely gorgeous. I saw it again when Theresa, my beloved knitting teacher, was making it as a surprise for a friend she was travelling with. Designed by Churchmouse Yarn and Teas, the Mohair Biais Loop is a true classic. I love how refined the stockinette stitch looks with the lace yarn and larger needles, the versatility of the wrap (wear it as a loose loop, a warm and tight cowl or a shoulder wrap) and its lightness, perfect for travelling. I chose colour 23, a nice charcoal with silver in Luna, a blend of mohair, silk and metallic thread. 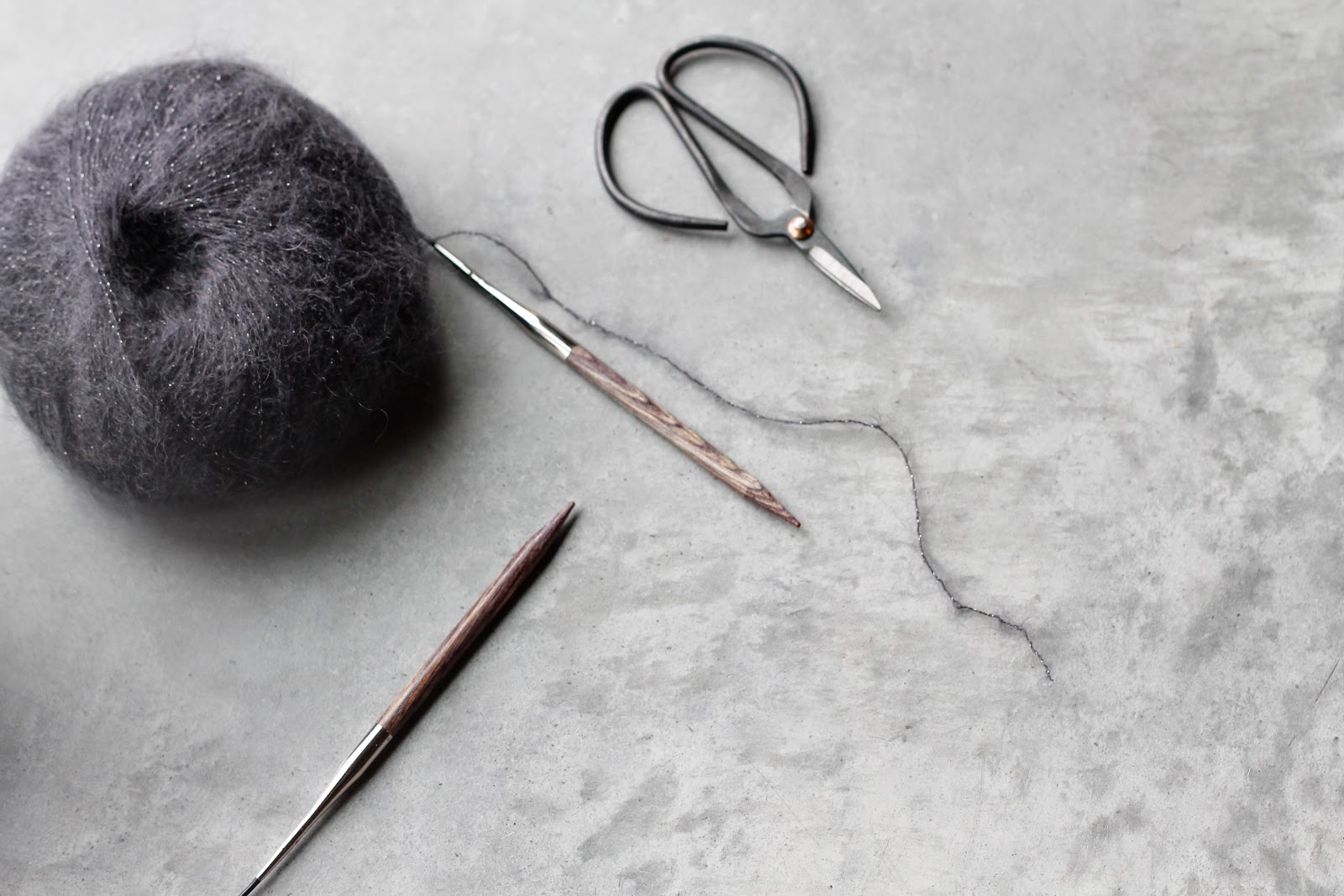 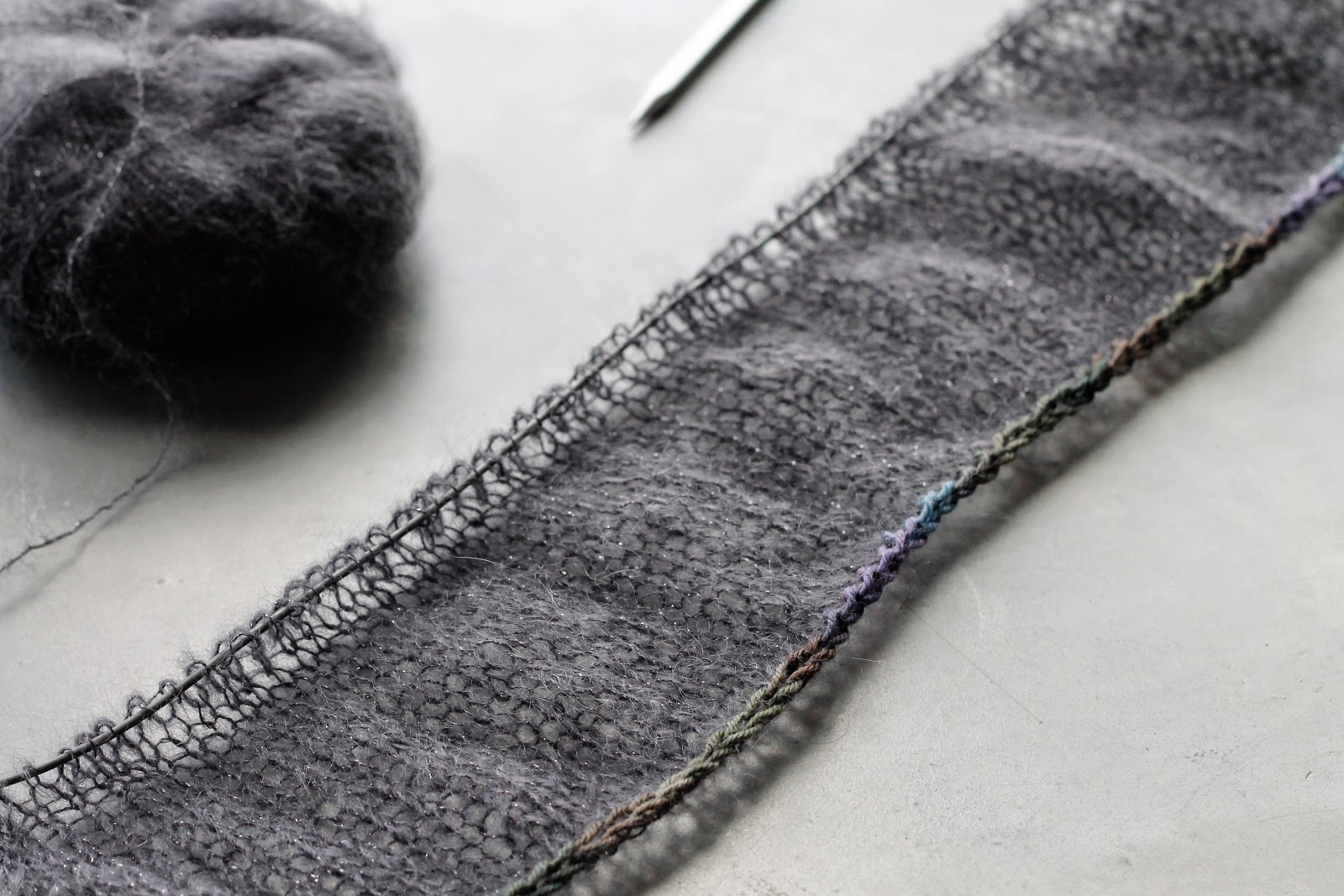 I started off on my regular Knitter's pride circular needles, and got incredibly frustrated. The thin yarn was slippery, the needles were pretty much the same colour as the yarn, and I was spending more time counting stitches and fixing dropped ones (or, I'll admit, deciding they were too far down to fix). It was awful. On Theresa's advice, I switched to square circular needles, purchased from Kollage Yarns, and it was a life saver. I was able to go much faster, and no longer dropped stitches. These new needles are probably my favourite now. 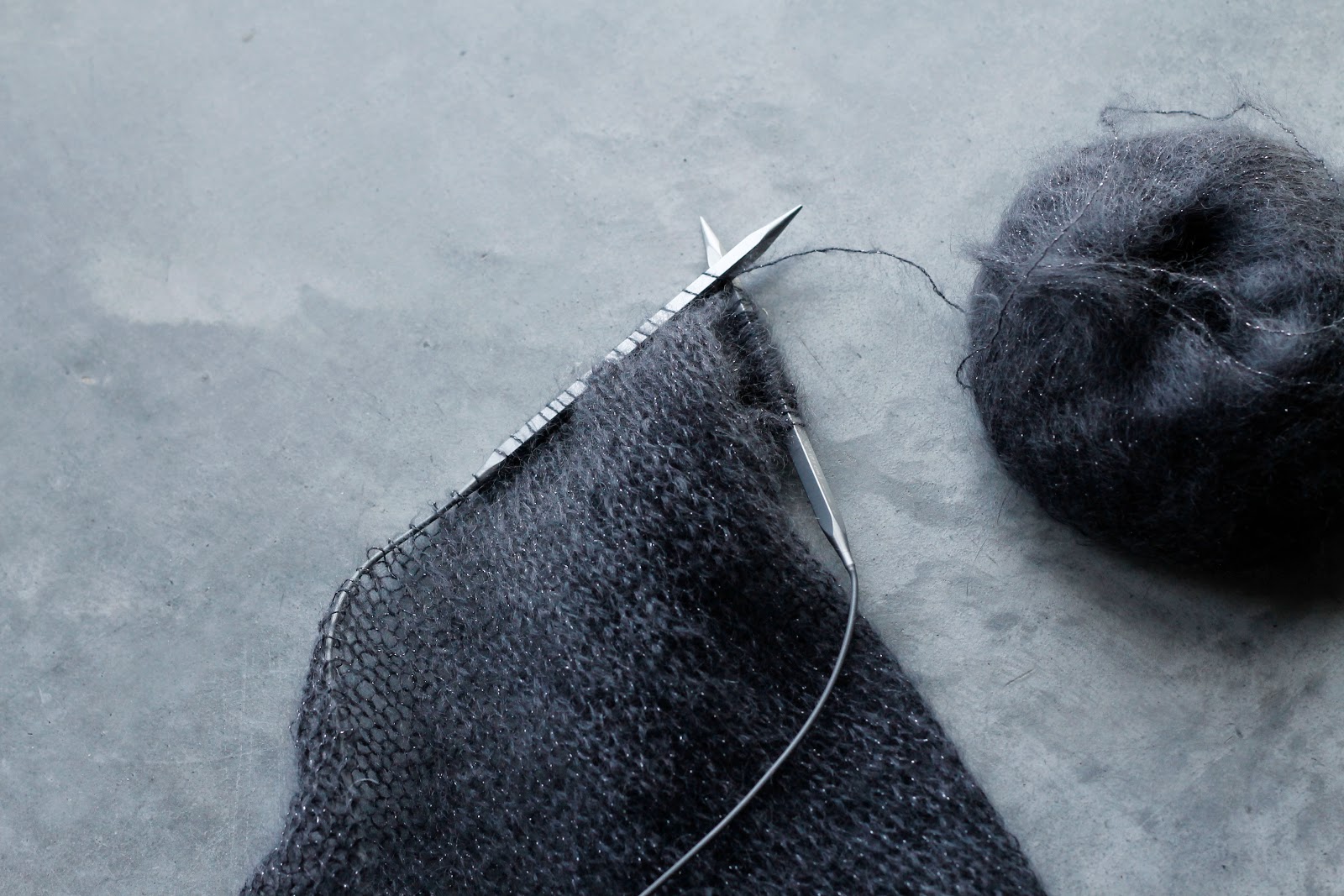 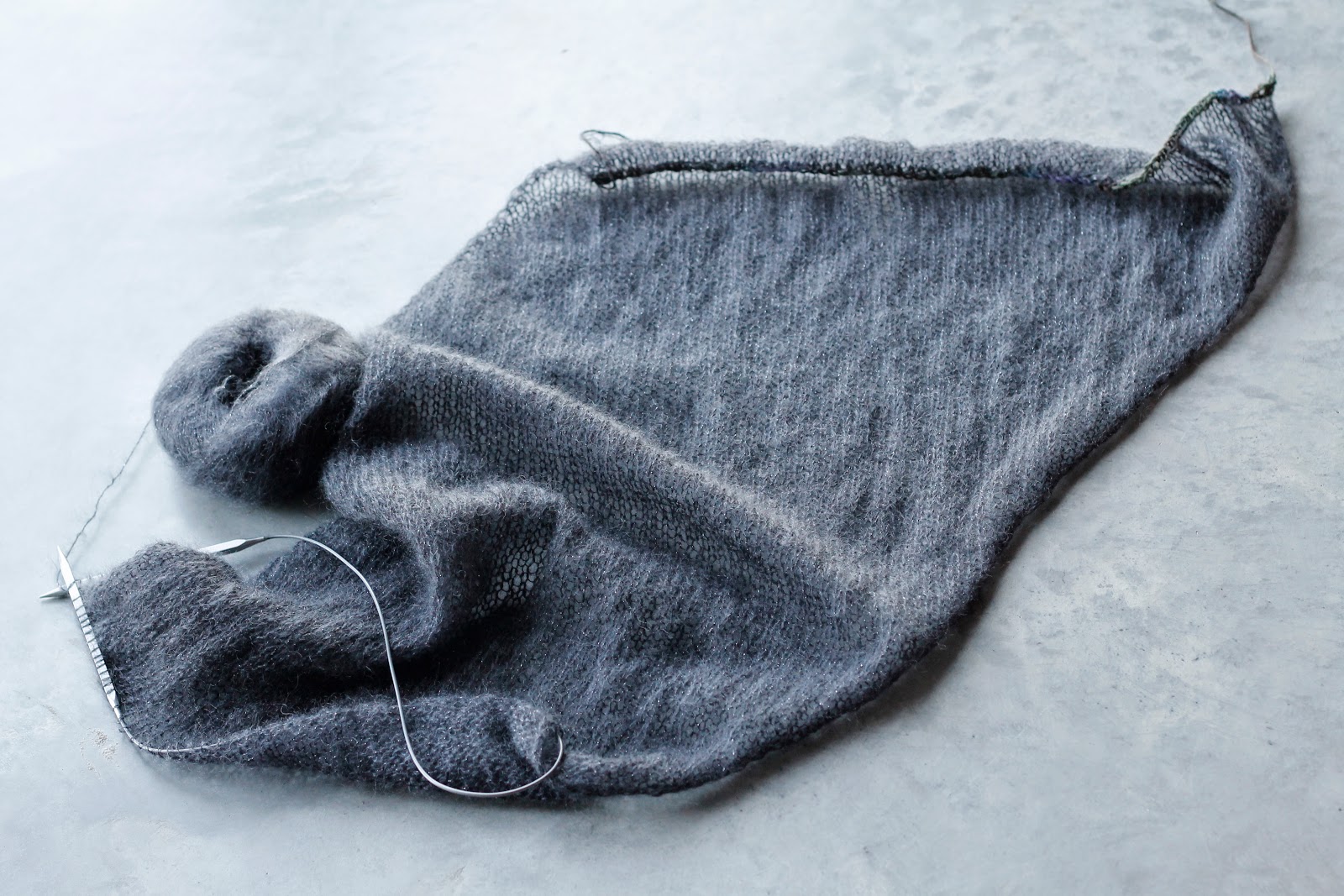 According to the pattern, the loop is intended to be seamless, using the kitchener stitch for grafting. Many reviews comment on how difficult it is, and recommend using the 3-needles bind off method instead. I decided to try out the kitchener stitch, since I had done it in the past. I used both my sets of circular needles to make it easier, and did not have too much trouble after carefully picking up stitches from the provisional cast on. Now, I'm going to admit that it took... a long while, and then some more carefully pulling the stitches to even out the tension at the invisible seam. But I do love that it is seamless, and feel that it was worth it. I had some seriously frustrated moments while making this loop, but once I saw the result, I thought that it was well deserving of the effort, and would definitely make it again. 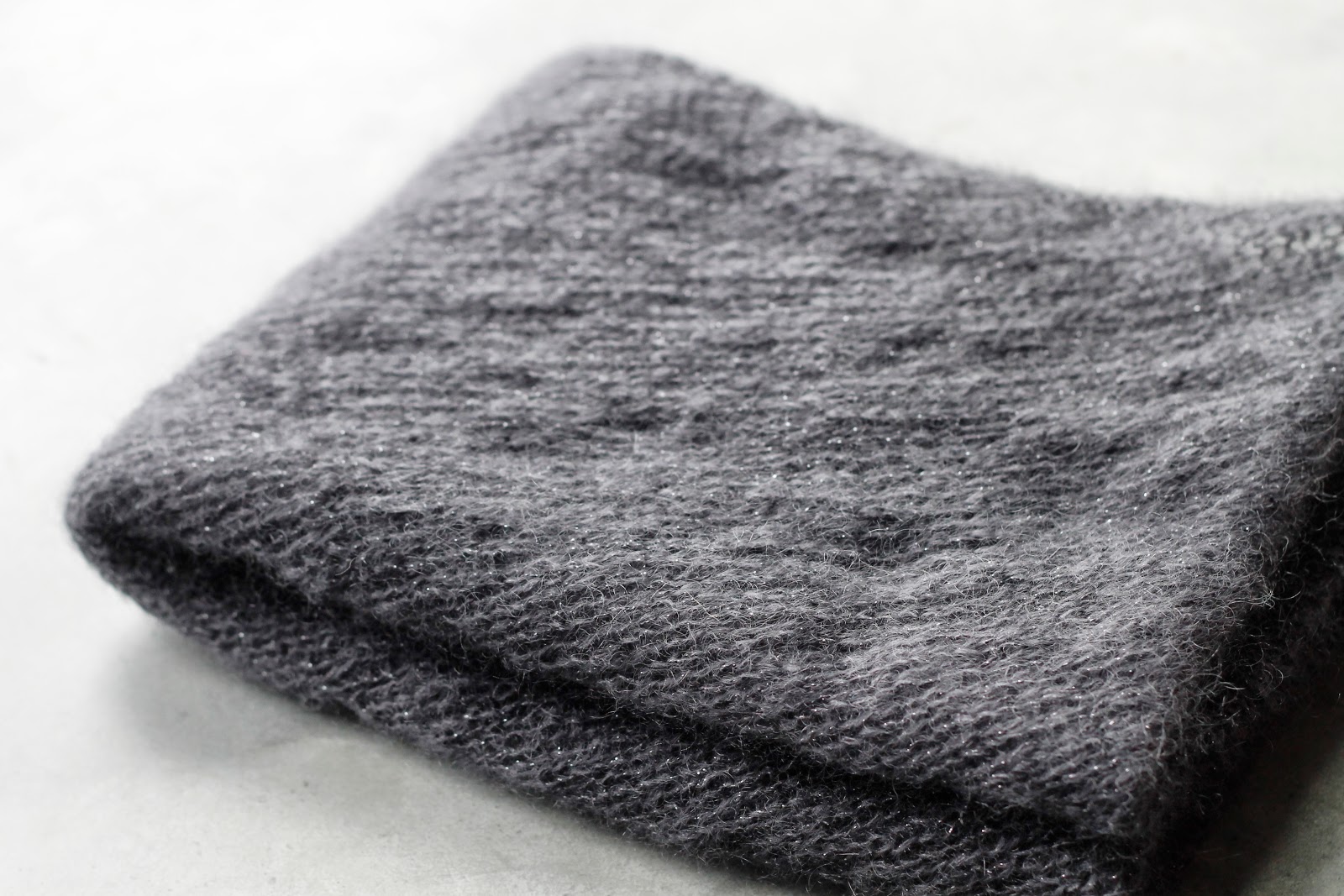 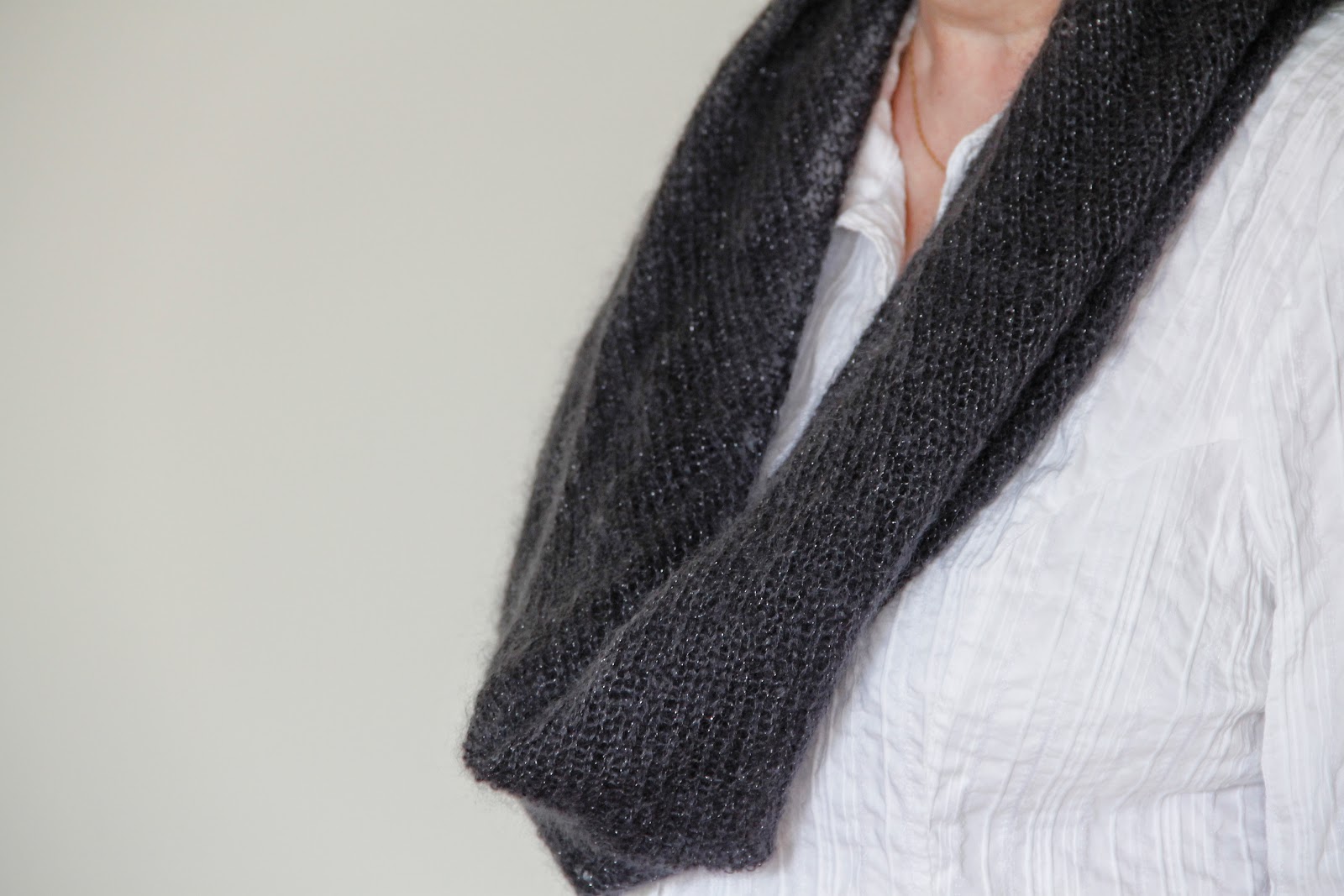 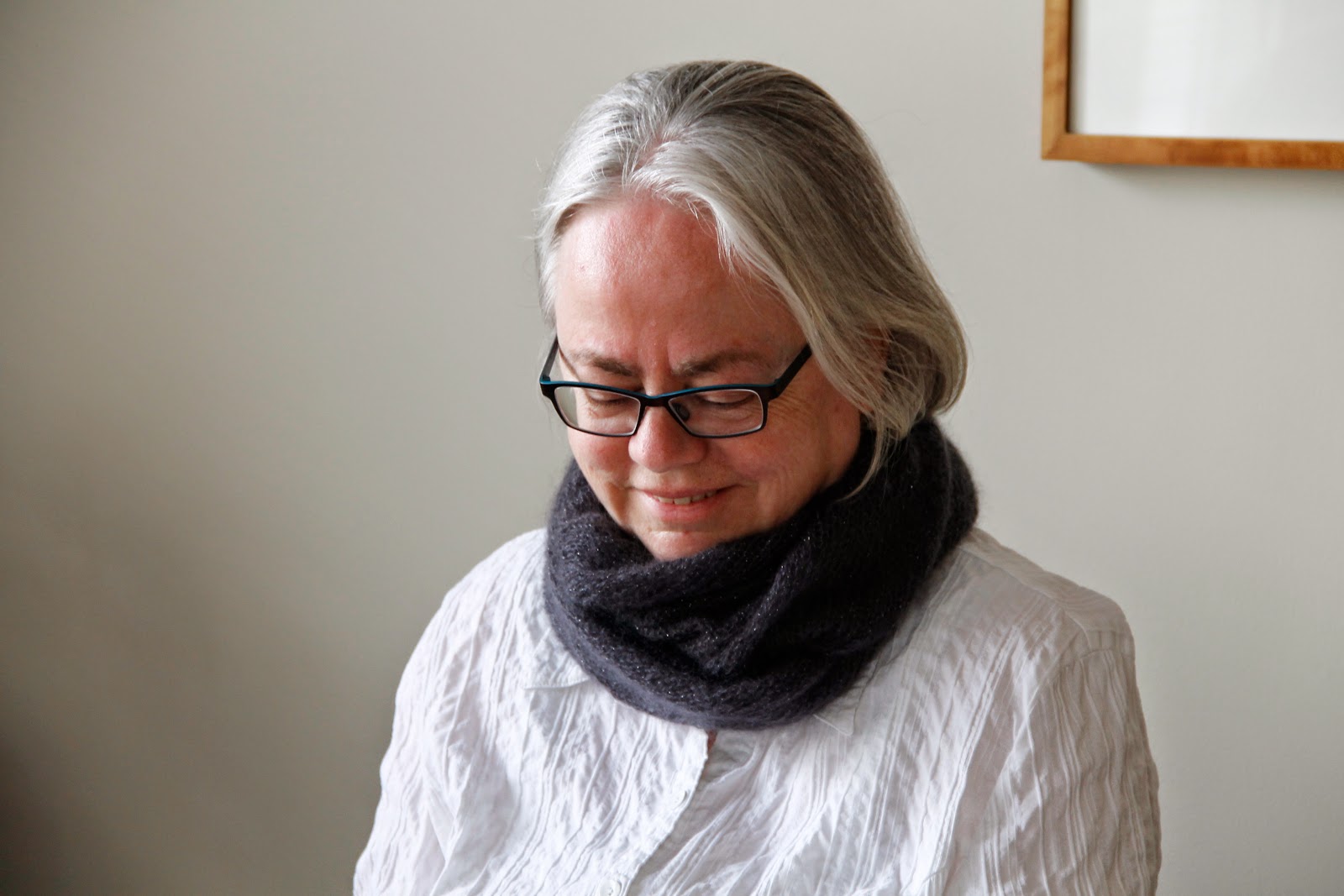 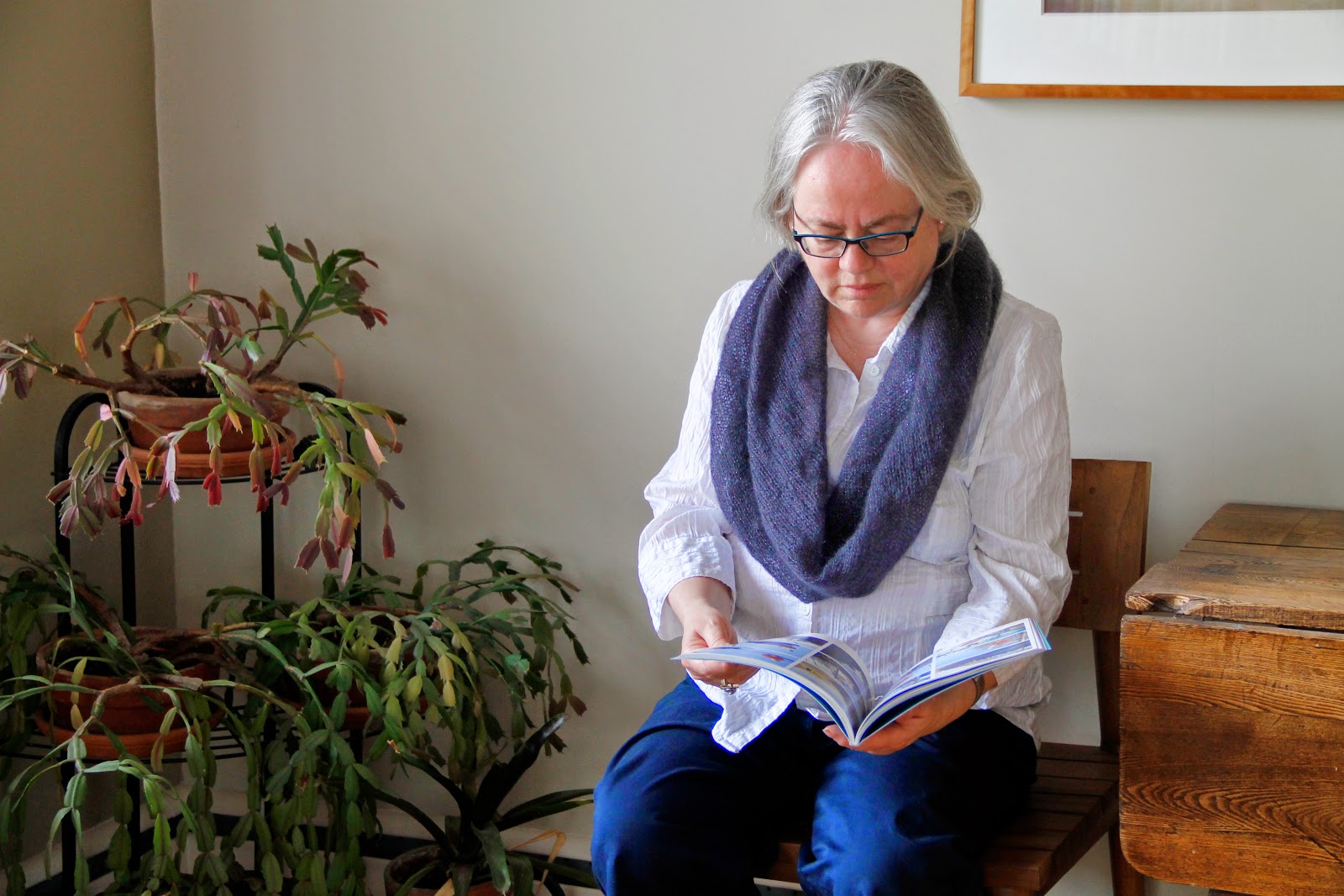 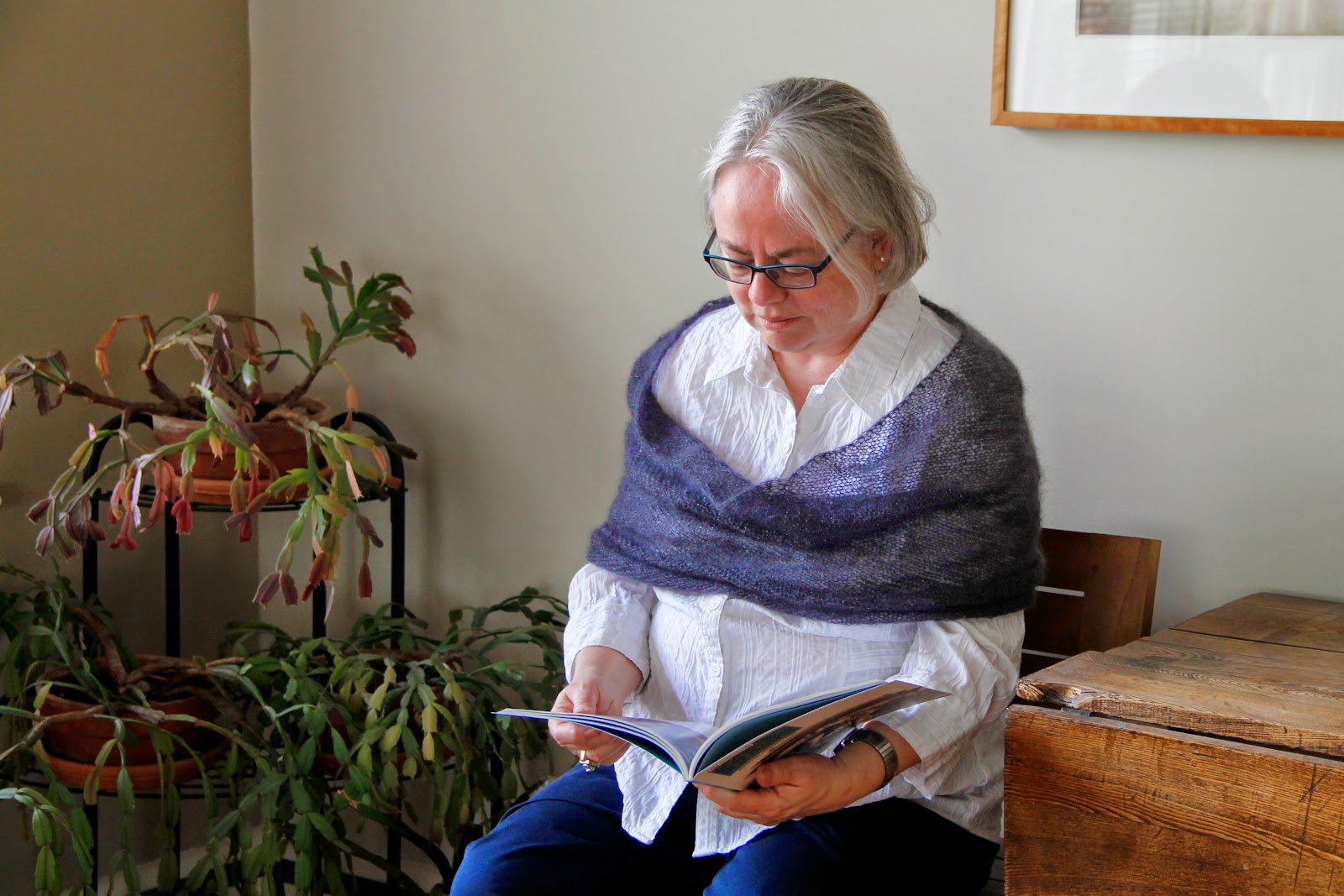