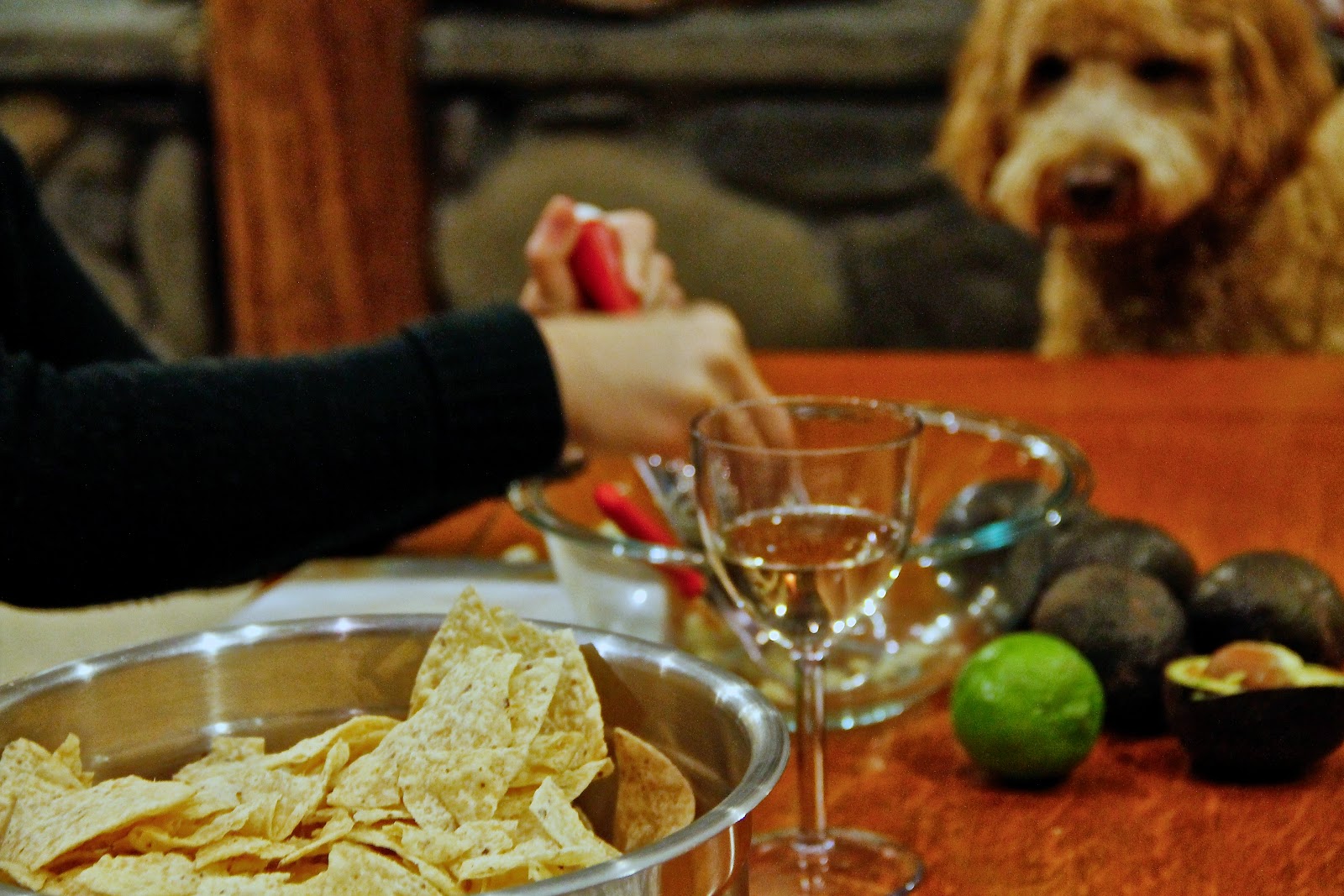 The Delta terminal at JFK is a strange, somewhat futuristic looking place, packed with mostly individual seats at the gates, each mounted with a personal iPad. The restaurants are set up in a similar fashion, so even if you are travelling with someone, you can keep your eyes glued onto the screen, or at least get slightly blinded by the flashes of advertisement flowing through the screens all around you. Strangely, maybe, this made me crave human contact. Unfortunately for me, I was expected to interact with the screen when it came to ordering and paying for my meals, rendering waiting staff to little more than delivery people.

The funny thing is that I wasn't even supposed to be there. Just another of these little life twists that have been plentiful recently. Some of them have simply been annoying, other amusing, some stressful and unfortunately, one truly heartbreaking. The dog vomiting on the bed while I was getting ready for work, the washing machine overflowing while I was trying to clean up the duvet, that same dog swallowing whole a chicken leg – overall, not such a big deal, right? The bedding was eventually washed, the water sponged up, the bone passed through. But see, I had just learned about the loss of my beautiful grand-mother, and I was incredibly sad. I was trying to make it through my last few work days before flying home in a hurry to be with family, painfully reminded while reading charts, seeing patients and talking to families of the sickness, pain and suffering. I wish I had been there, to crawl into bed with her, hug her and quietly sing songs with her on those last days. Her house was always bright and welcoming, and she was always smiling, approaching life with confidence and optimism. A last quality I sure did not exude on those long travelling hours with delays, missed connections and an extreme cold warning in my no-longer-so-wonderful wintery homeland. 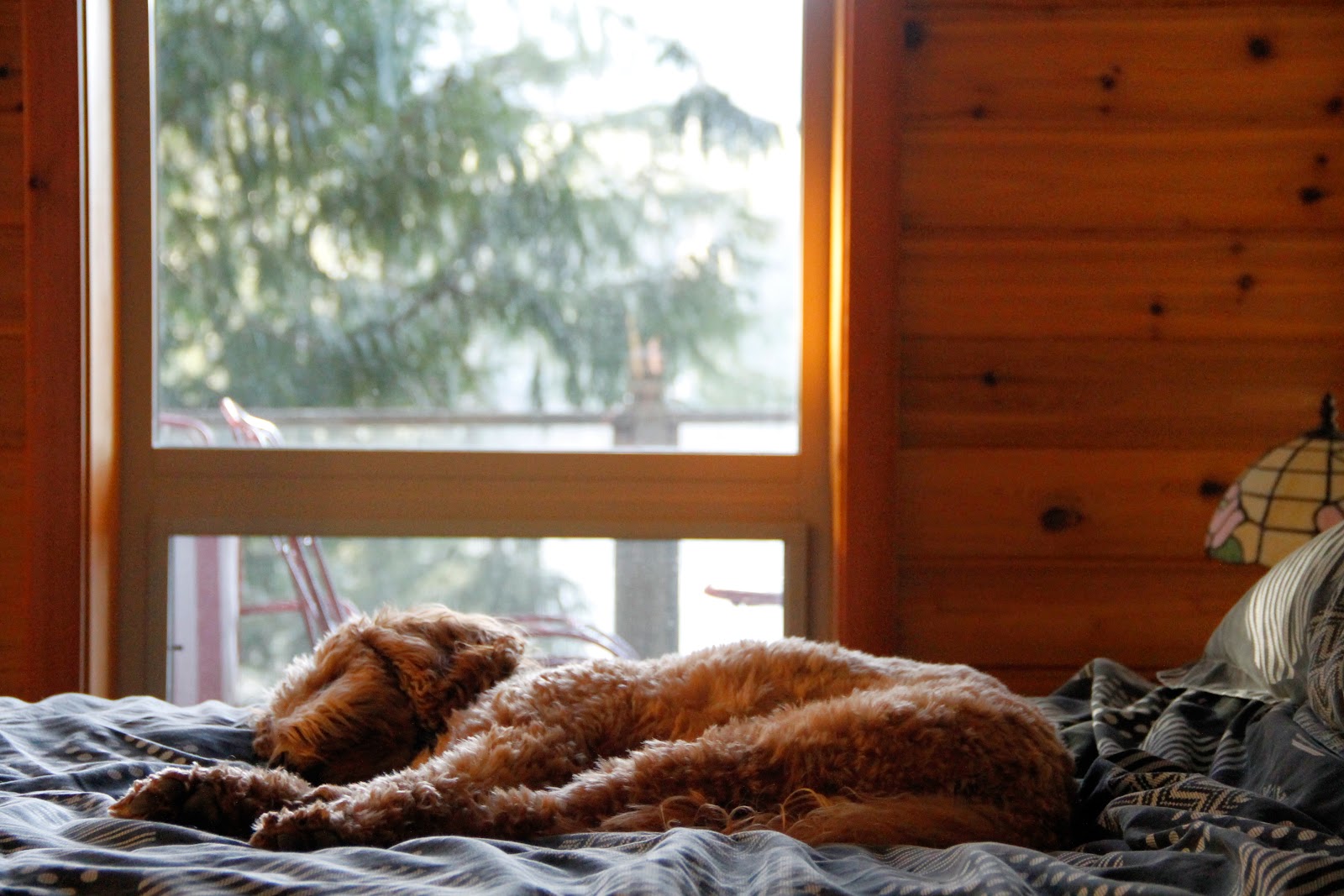 December had been at times a little rough, with an old neck injury resurfacing, a new and random pain across my foot, a stye on Christmas day, and my low back deciding to seize up for a few days. Nonetheless, 2015 was going to start perfectly. We had booked a cabin in Maple Falls along Silver Lake with great friends, and I wasn't gonna let the lack of snow or my injuries ruin my long weekend in the woods. The cabin was gorgeous, right on the lake, with a hot tub and a fireplace. Friends were there, and I was happy. On New Year's day, as everyone else left to hit the slopes, I pictured my perfect relaxing day: a fire, a good book, Serial's podcast, and of course some knitting. But first things first, the hot tub. 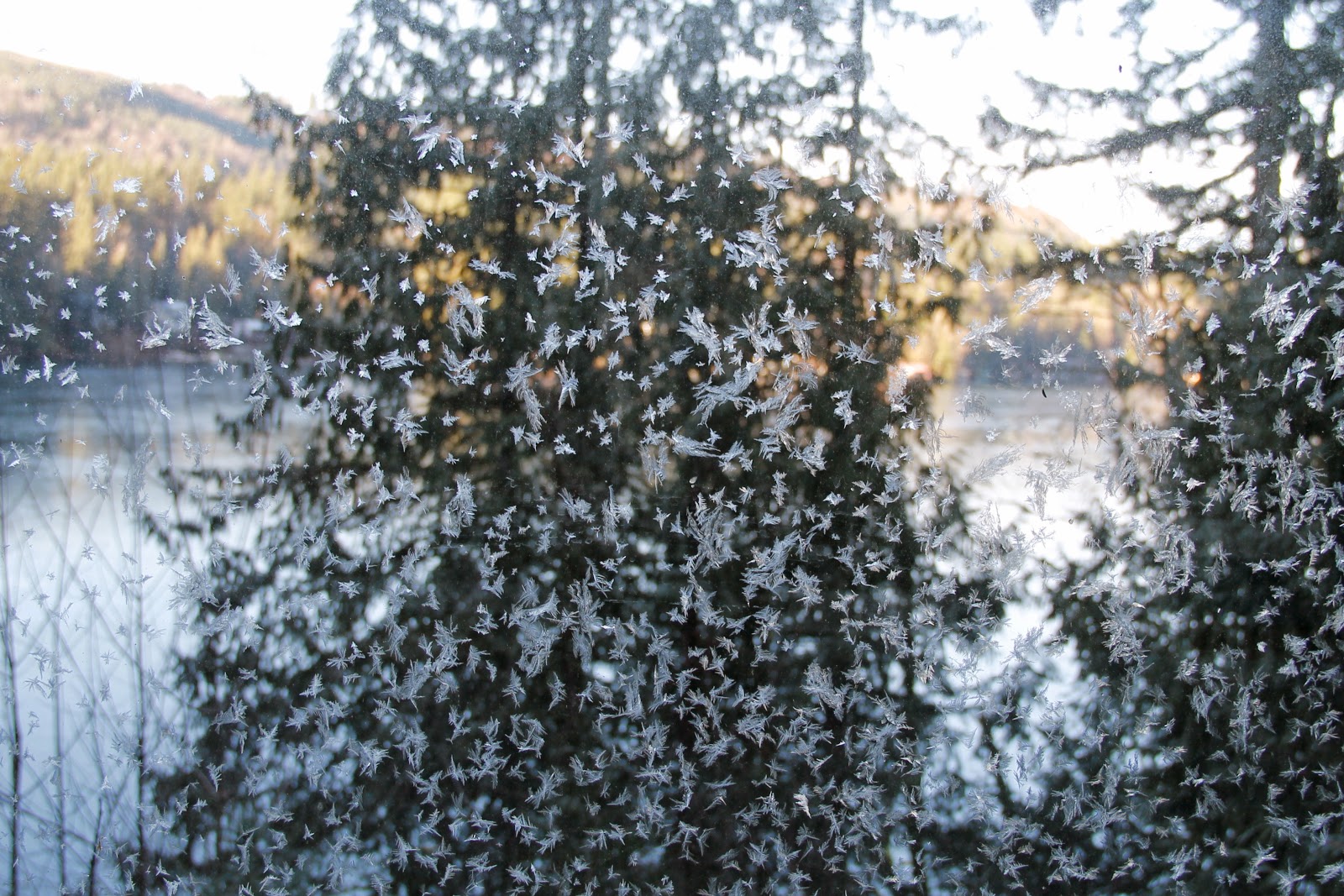 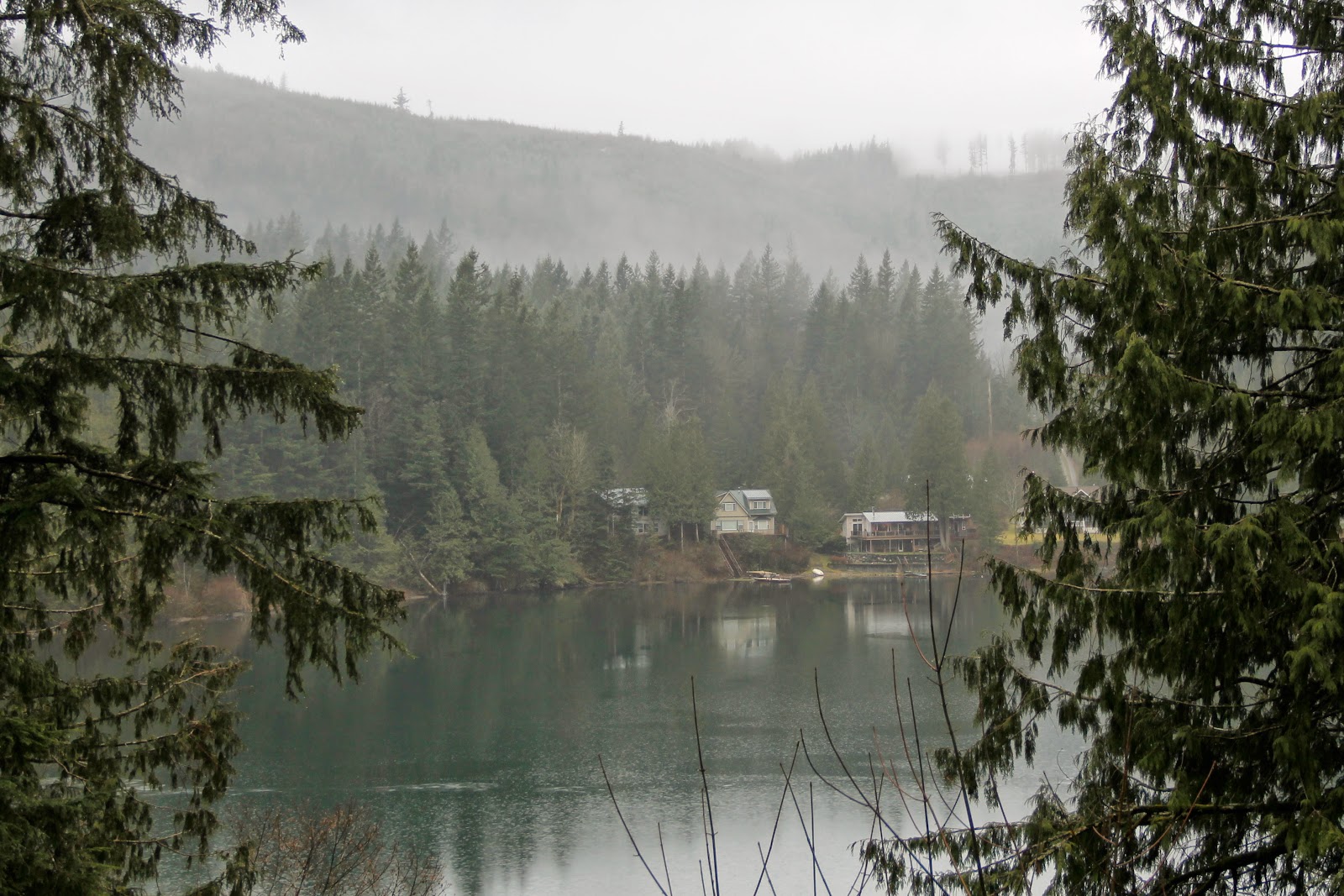 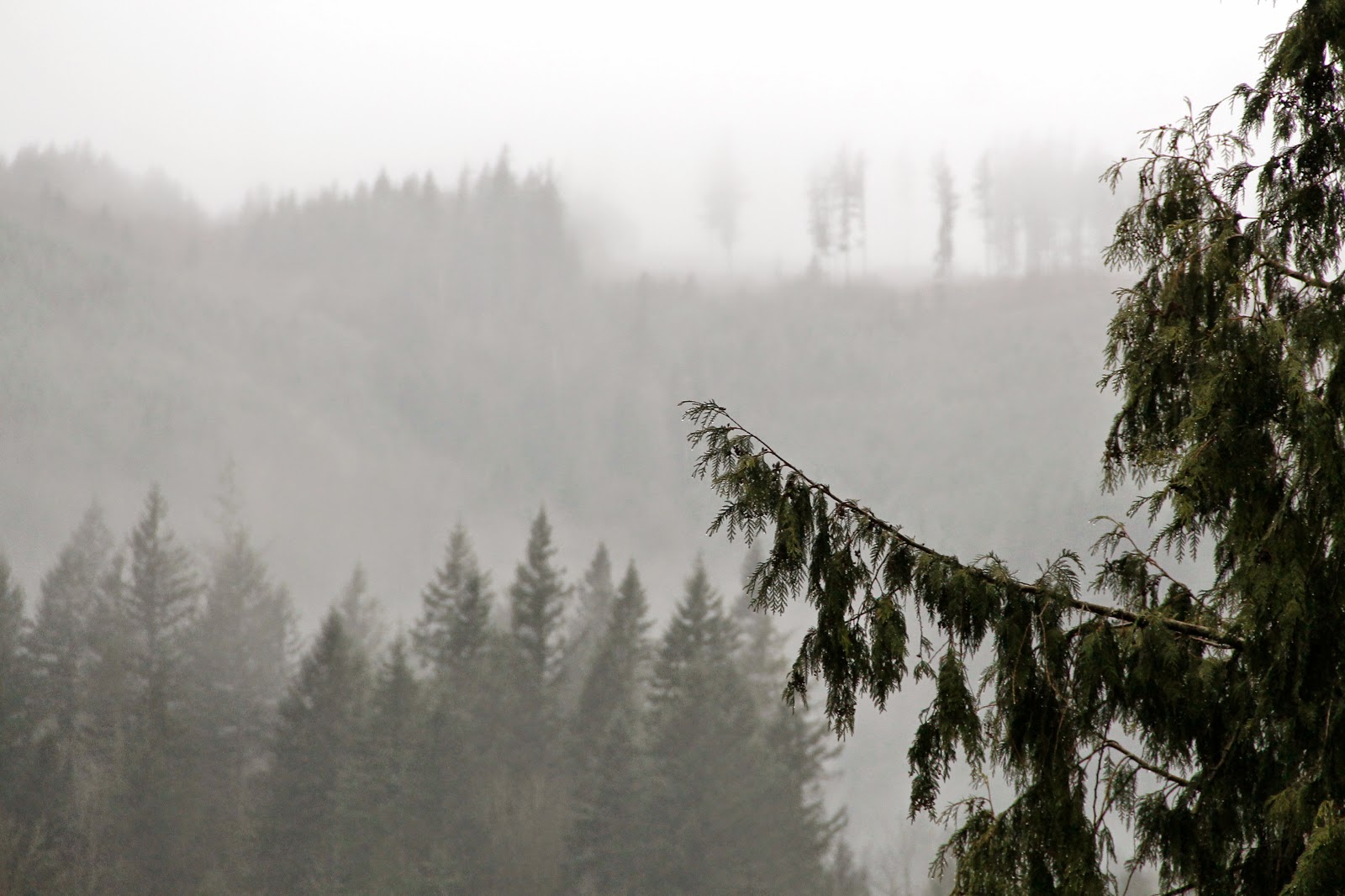 It was pretty cold outside, so I decided to go and get the cover off before getting in my bathing suit. I was careful not to slip on the ice that had formed around the hot tub, and quickly turned around to open the door, thinking to myself that it was really cold out. I put my hand on the handle, attempted to turn it, and realized that, like an idiot, I had locked myself out. I was looking at my bare feet in my flip flops, at my pyjamas, thinking shit, I'm not even wearing a bra. It was about 10 am on New Years day, and my friends were not going to be back until about 4pm, after the hill closed. And, I now distinctively remembered telling everyone not to bother bringing a key, since I was going to be home. As I looked at my toes already starting to freeze, and the dogs curiously staring at me through the window, I felt panic rising inside me. How the hell was I going to get back in? What was I gonna do for the next 6 hours? Where would we all sleep tonight? 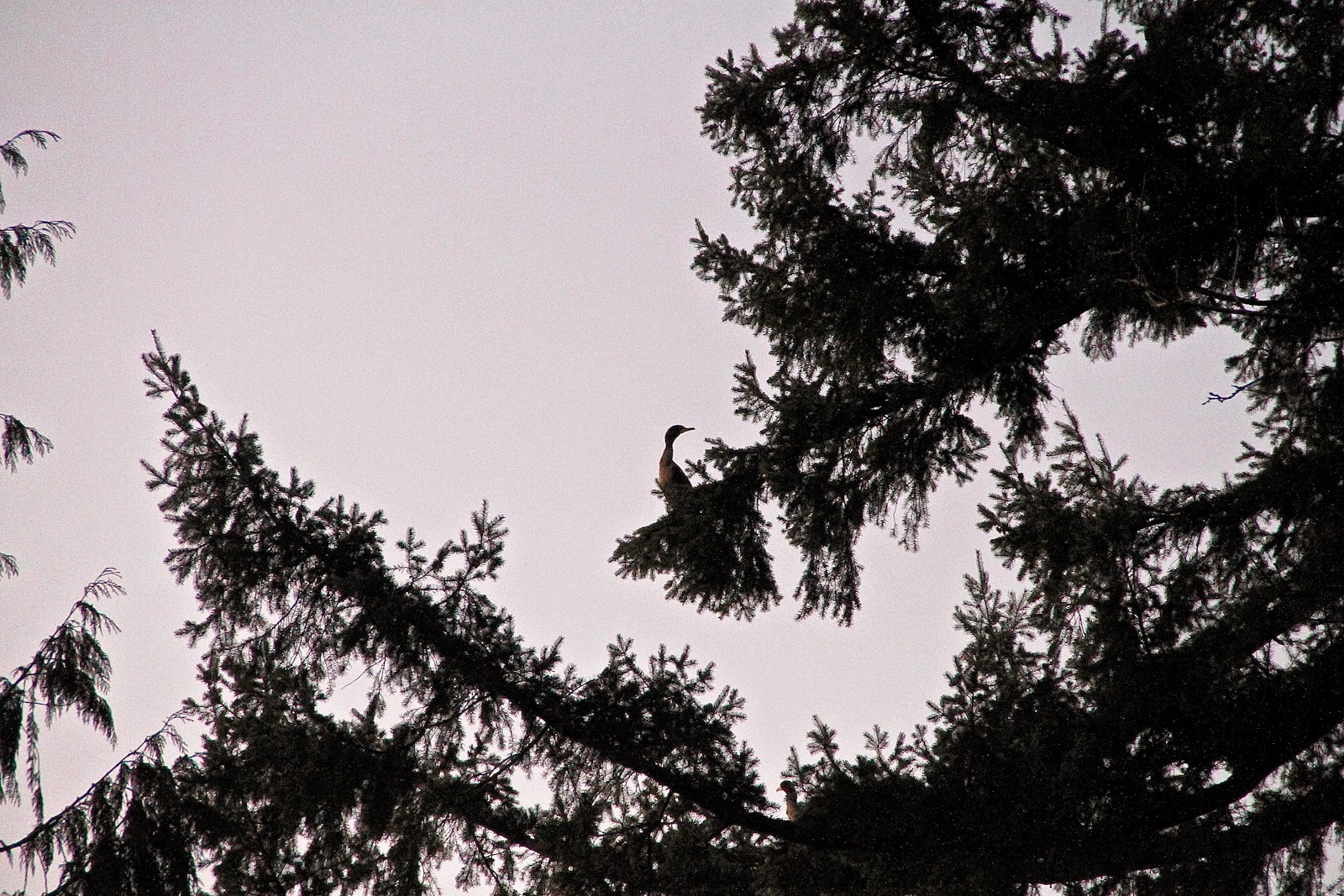 I started running down the road, knocking on every door. People either weren't there or were sleeping and didn't bother to open the door. It was New Year's morning after all. I knocked on one more door, heard a friendly “Come in!” and walked into Christmas. The loveliest of families was unwrapping presents, and they invited me in like we were old friends, offering me food and drinks, acting like it was perfectly normal that I was showing up in my pyjamas. I explained my situation and they were kind enough to help. Looking through the phone book, I recognized the address of the rental place, and borrowed their phone. I was greeted by a recording, informed that they were closed on major Holidays, and that my message would be returned the next business day. No emergency contact or number. My new-found friends were optimistic and determined to help me, offering to lend a ladder in case a window might have been left open, and calling around their acquaintances in town, trying to find who owned that cabin. I went back out a few times, in short bursts (trying to preserve my toes), looking for an open window, an emergency number, another neighbour who might know who to call. Nothing. I was feeling pretty close to tears. Going back to my new friends, they informed me that they had sent their son-in-law to drive all the way to the rental office to look for a number or contact, and in the mean time, they offered a prayer for me. We made conversation, they offered me some more coffee and food, while I swallowed up my tears. About 3 hours after closing that bedroom door on my way to the hot tub, the son-in-law came back, announcing that he had found a lady in the office, catching up on paper work, and that she would be over momentarily to unlock the door for me. I thanked my new friends, my lucky stars, and got back home, refusing to leave except to offer a thank you wine bottle and once again, my most sincere gratitude. I sat on the couch, shaking a little, unable to move or do much for a few hours. As I was just getting over the events of the day, I noticed that our friend's dog was limping, and we later found a deep cut in his leg, which happened mysteriously. I nearly lost it, feeling profoundly inadequate, having almost put all of us on the street (or more accurately the dirt road) that night, and failed to properly care for Ody. I gave up, and decided to sit quietly on the couch until bedtime, not trusting myself to do much more.

Overall, nothing terrible happened that day. It's even mostly kind of funny, looking back. I didn't have to break a window, and was reminded of the kindness of strangers. The best part, I didn't have to run down the road knocking on doors in my bathing suit. Silver linings. Now that I'm back from my second trip home in a few weeks, I'm treasuring memories of my grand-mother, and trying to be more optimistic, like she was. All I wish for now is some calm and uneventful days. 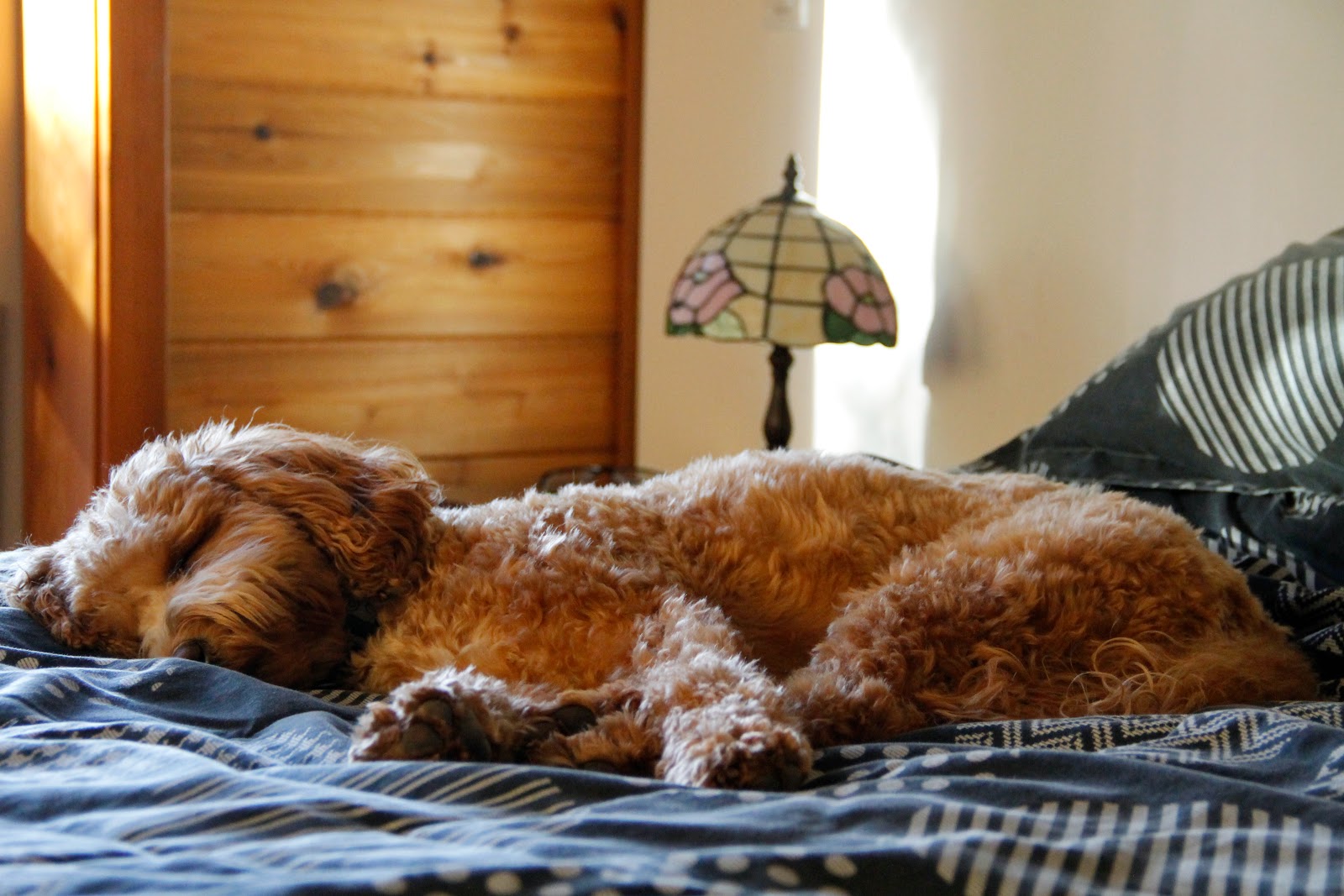