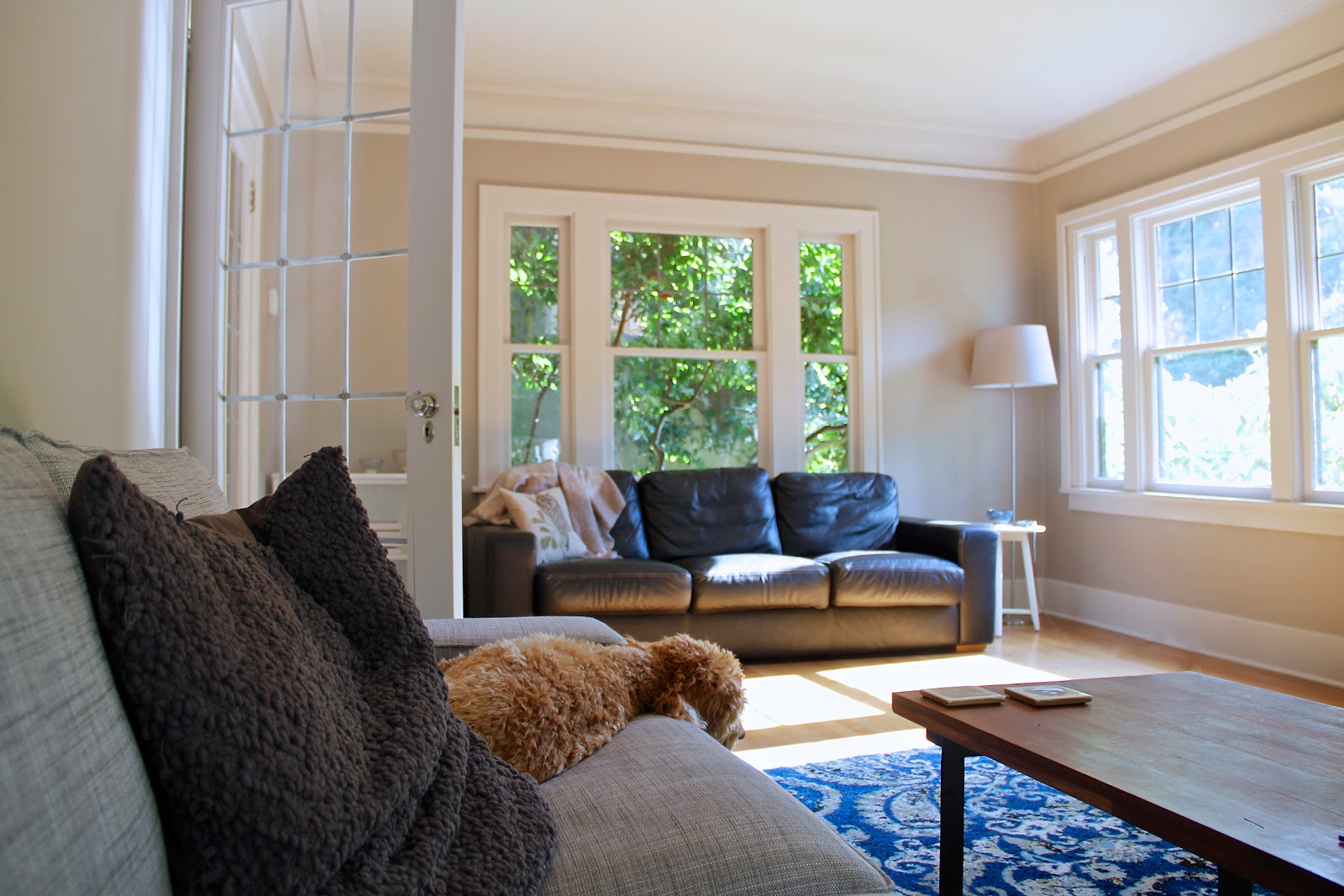 Things are moving turtle pace here, except for the carpenters knocking things off our list non-stop today. I'm seriously considering asking them to move in, since they are so polite, hardworking, and their job seems to be going around making everything better. It's pretty amazing, especially after messy plumbing and electrical work. Not that these contractors weren't great as well, but they left holes everywhere, so it felt kind of worse after they were done, except for the fact that we can now safely shower and flush the toilet at the same time. Noodle seems to have missed the company, which he expresses by extreme wagging and excitement when they first show up, before resuming his contest of who can spend the most time on the couch today. He always wins. In all seriousness, we are excited to add some finishing touches and functionality around. Like that built-in cabinet we never managed to open before. 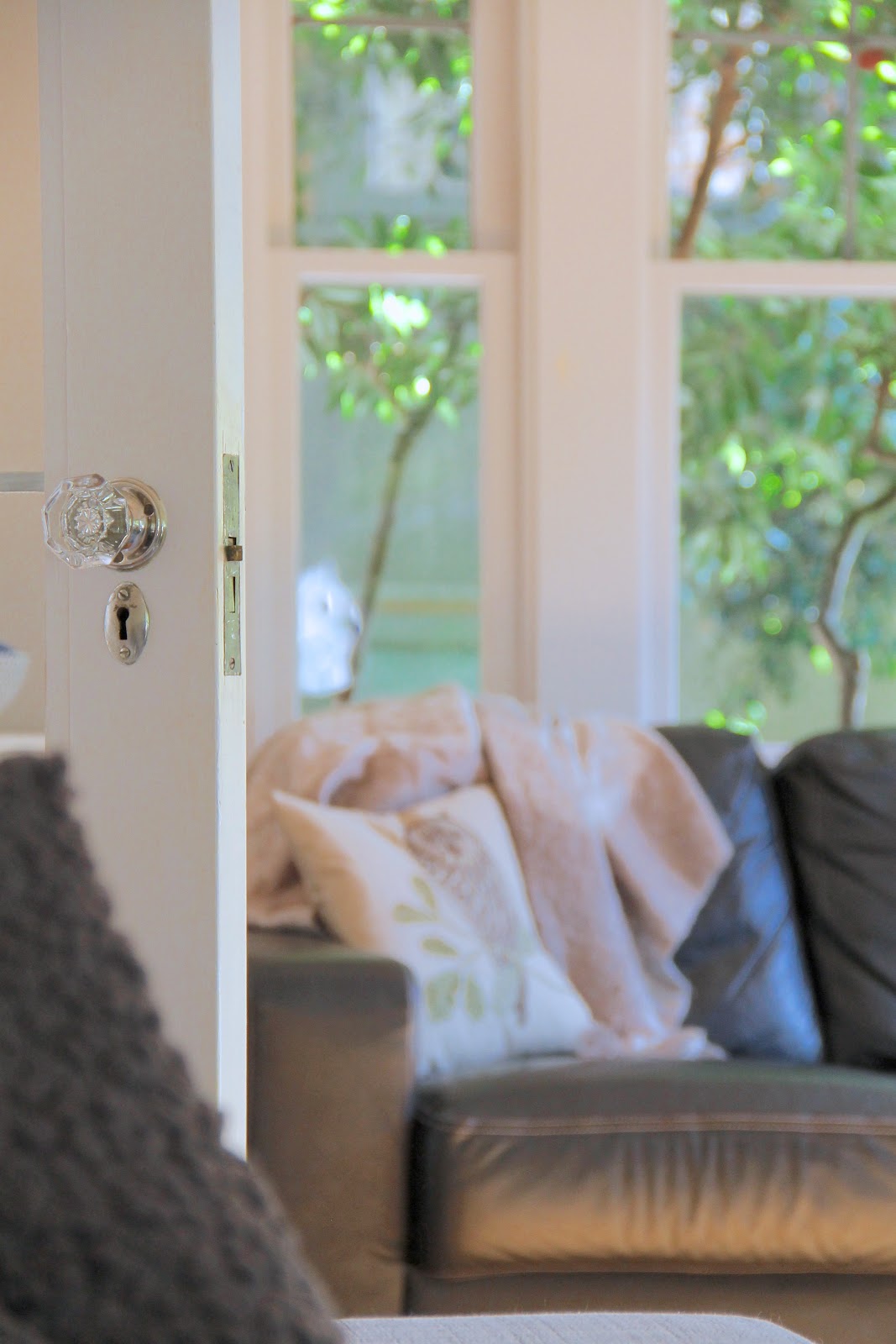 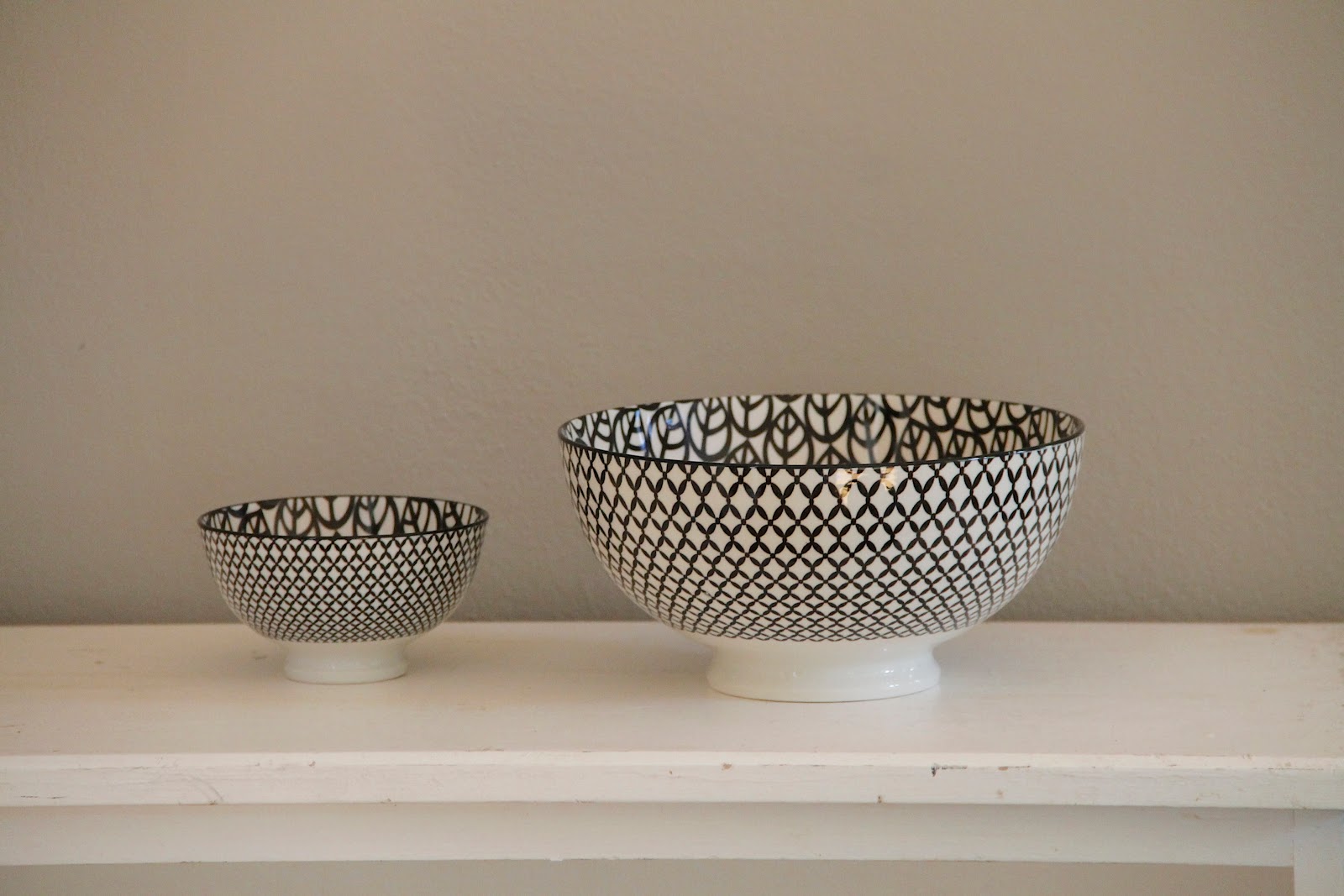 One room that has come together nicely is the living room. This is where I spend most of my time, and it's the room that I find the most comfortable and relaxing. I swear it's not just because the TV is there. We like the paint in the living room, which is the only room with a white ceiling and white millwork, a room where they also chose to pass on the beige, pink or orange. Shocking. The walls are a nice shade of grey, and we decided on blue as the accent colour. The biggest challenge was to figure out the layout as the room is very long but kind of narrow. I know they say to keep furniture away from the walls, but when I sit on the couch, I want to look out the windows, so along the wall it went. 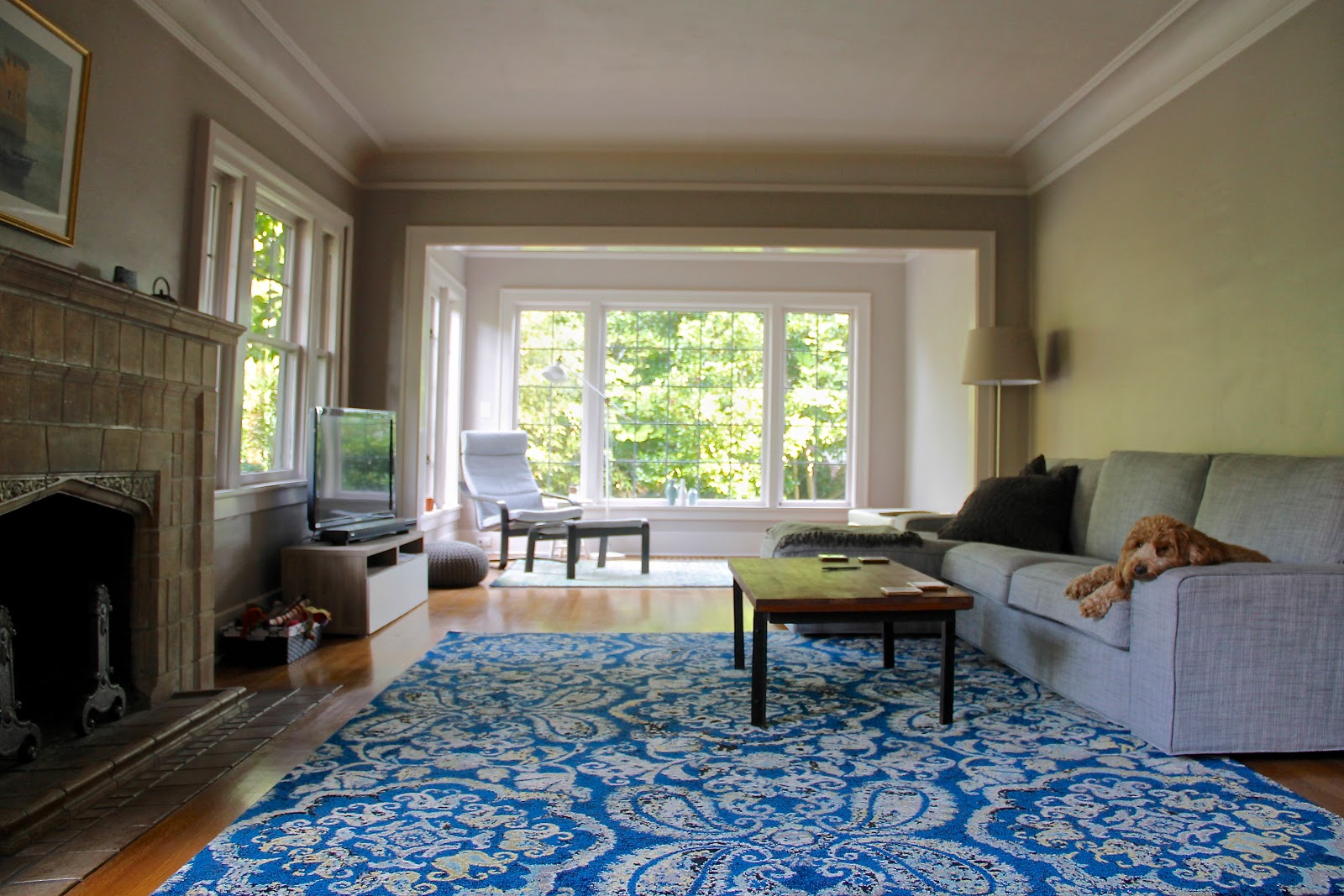 The next challenge was finding a long enough couch that didn't break the bank. After shopping around and drooling over couches and chairs at Room and Board, we settled on a 110" long IKEA couch, and I have no regret. It is super comfy, and the chair section is perfect for lounging. 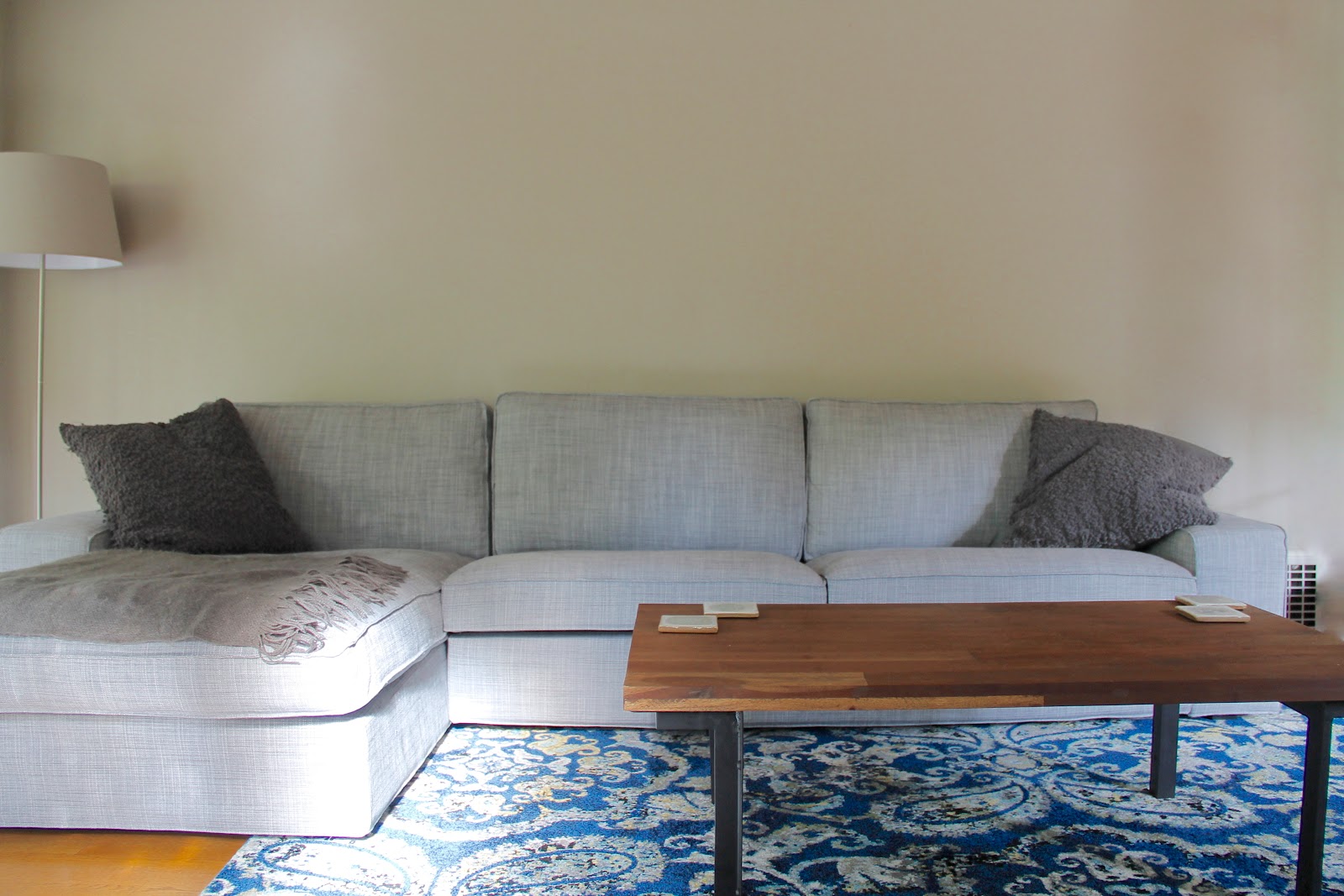 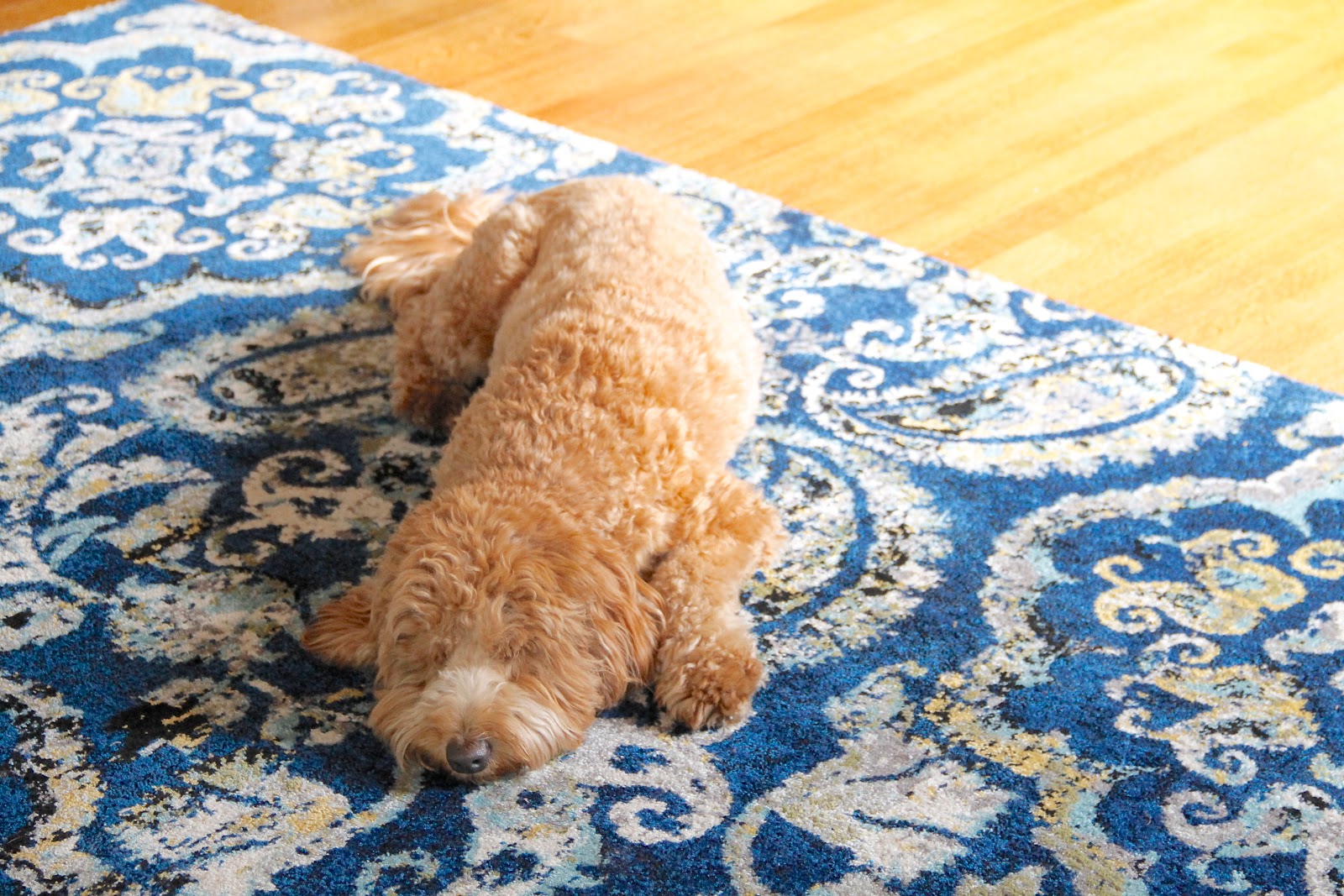 There are two sections to the living room, with part of the room being a later addition, and we wanted to have it flow together but still feel different. The extension is brighter with much bigger windows, and is my favourite reading spot. We chose two rugs that have similar colours but very different styles, one more modern and one more traditional, to separate both areas but keeping a nice flow. I'm really happy with how it turned out. I was looking for a new reading chair for a while but then decided to keep our good old IKEA chair, because seriously, that thing is so comfortable. 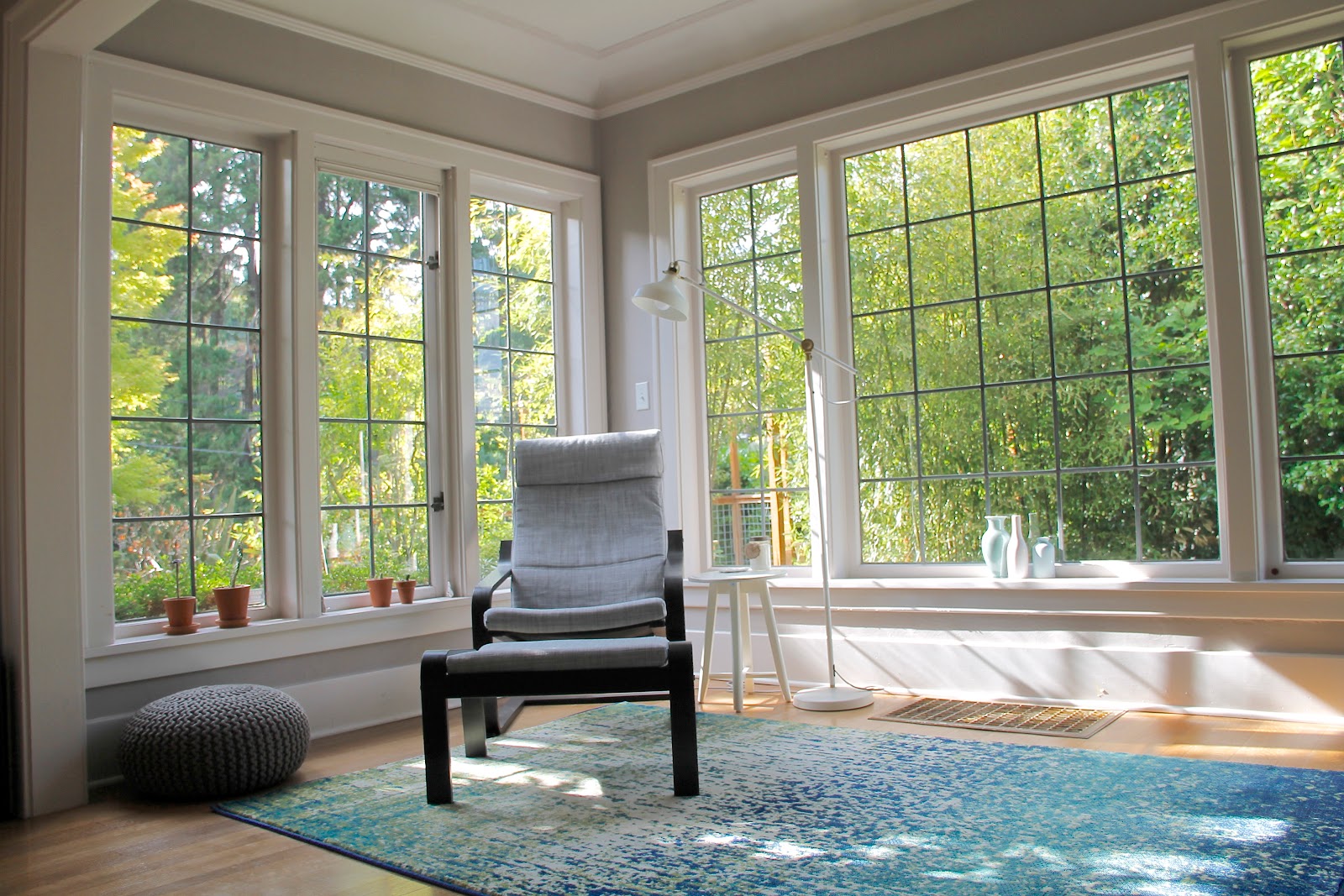 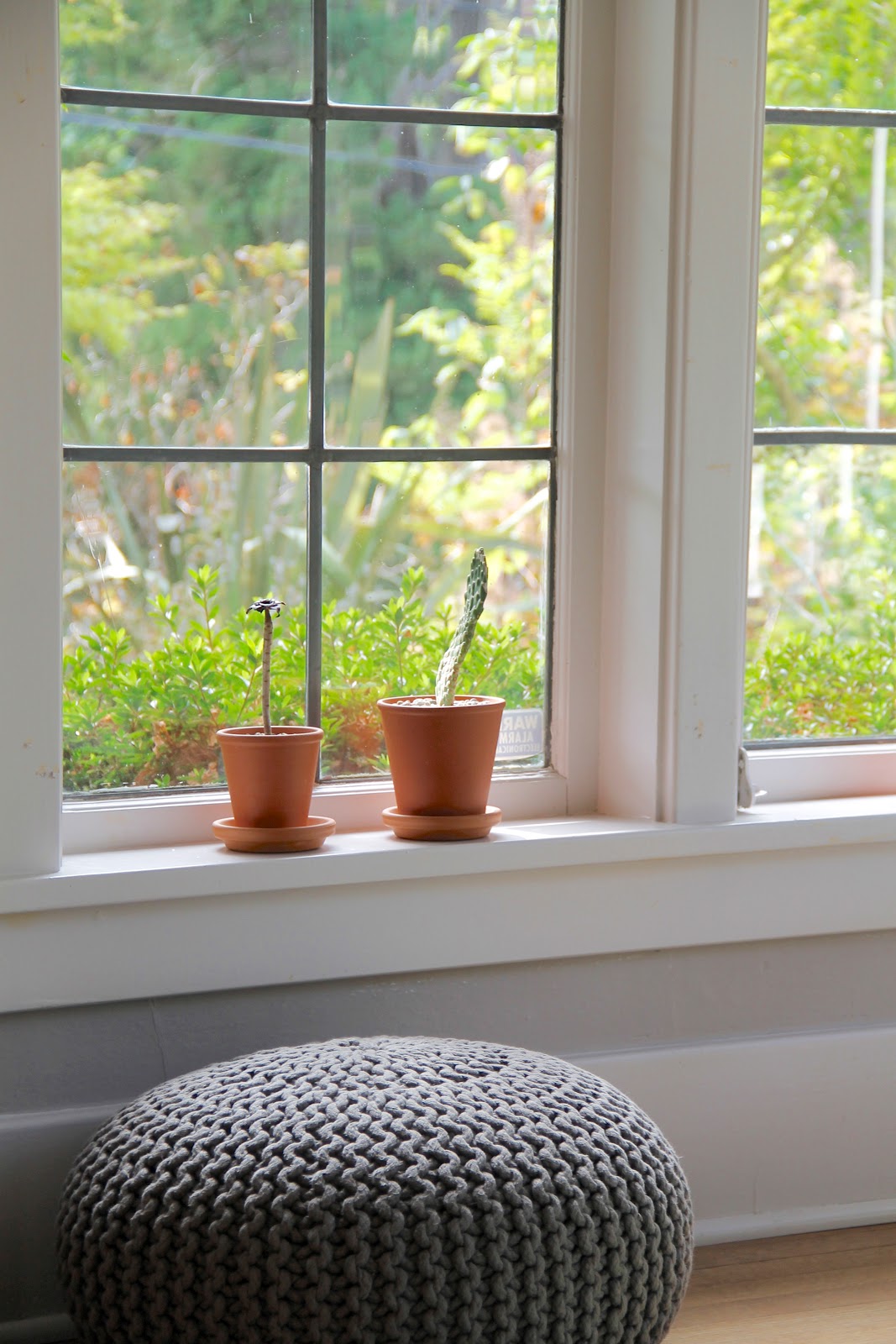 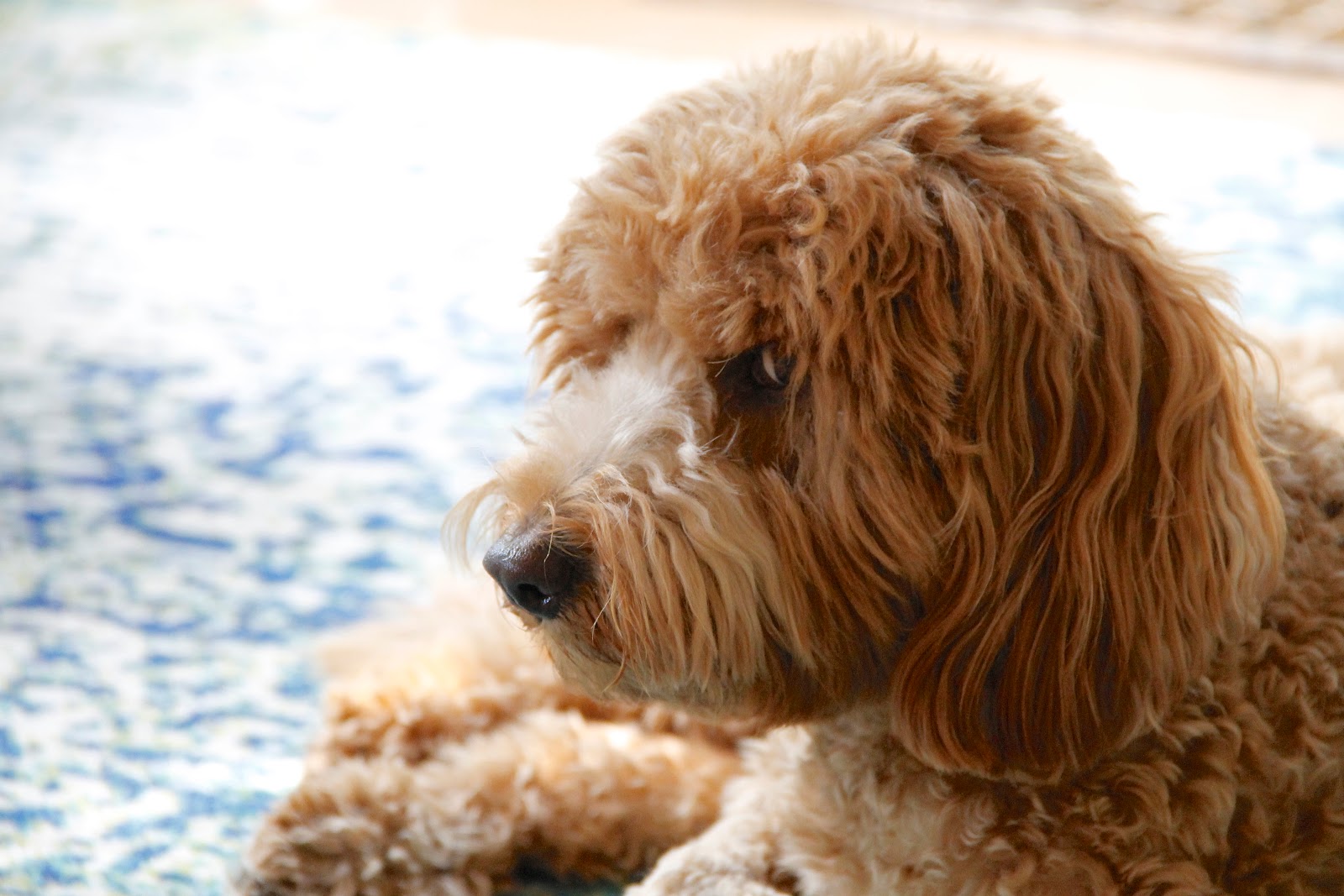 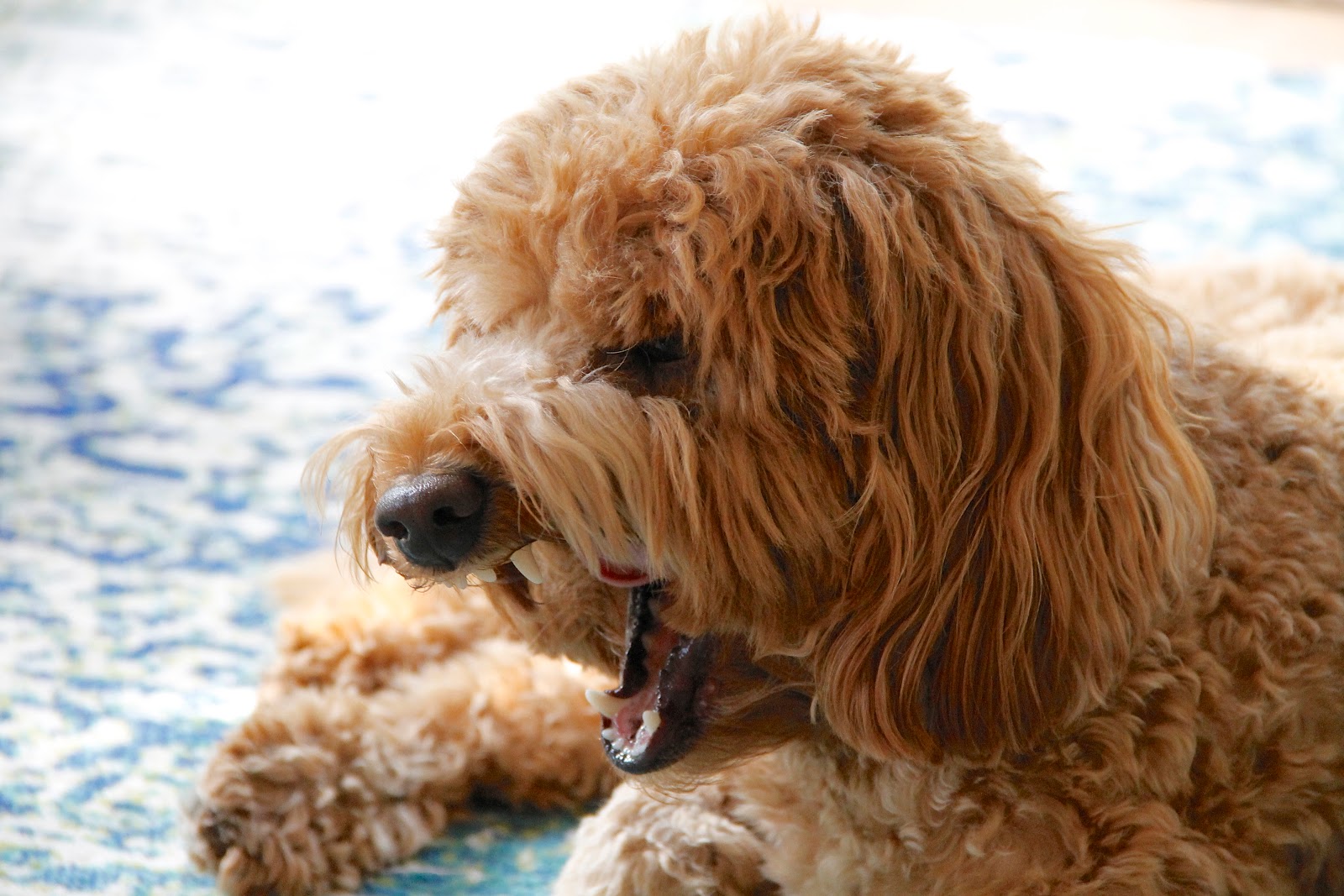 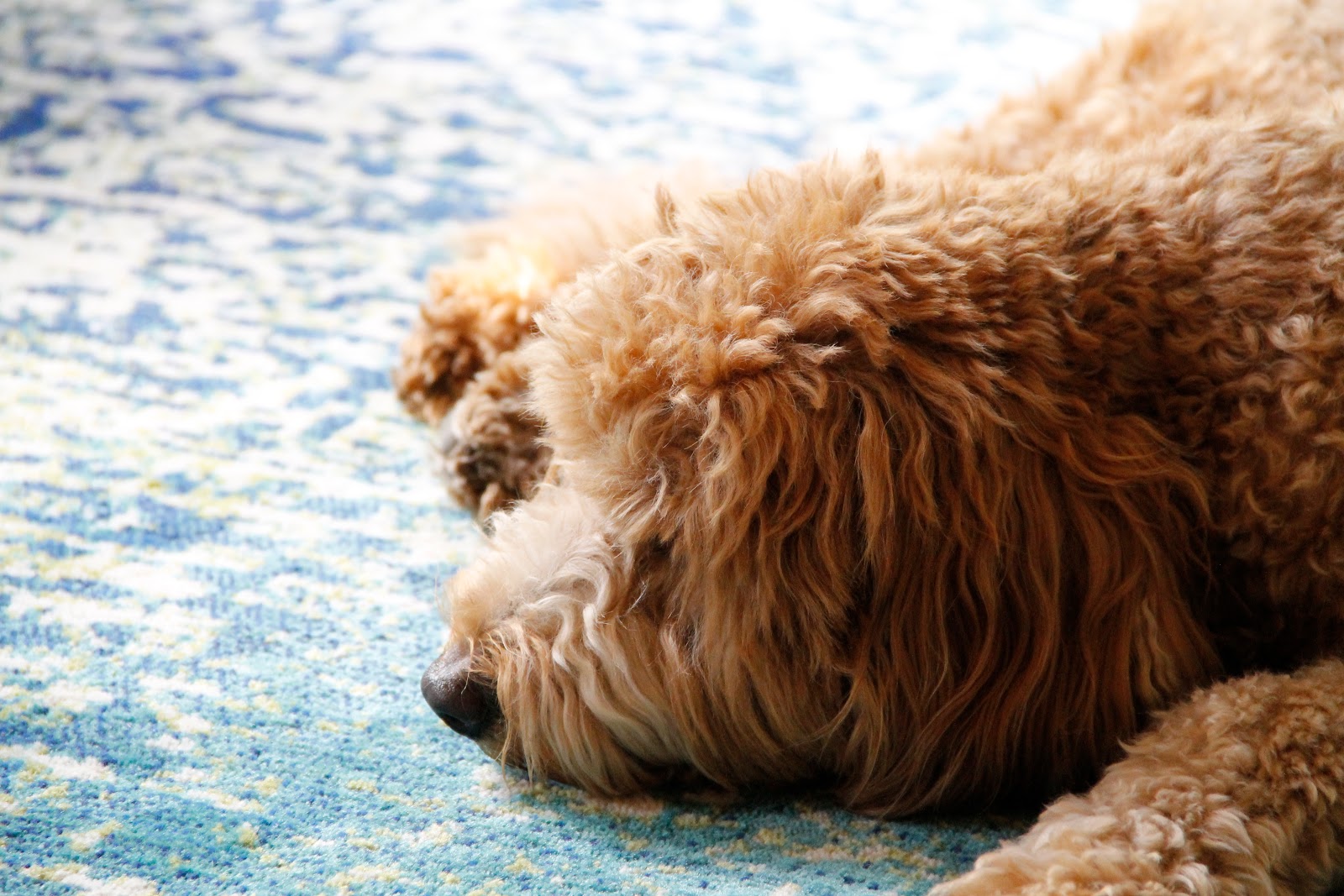 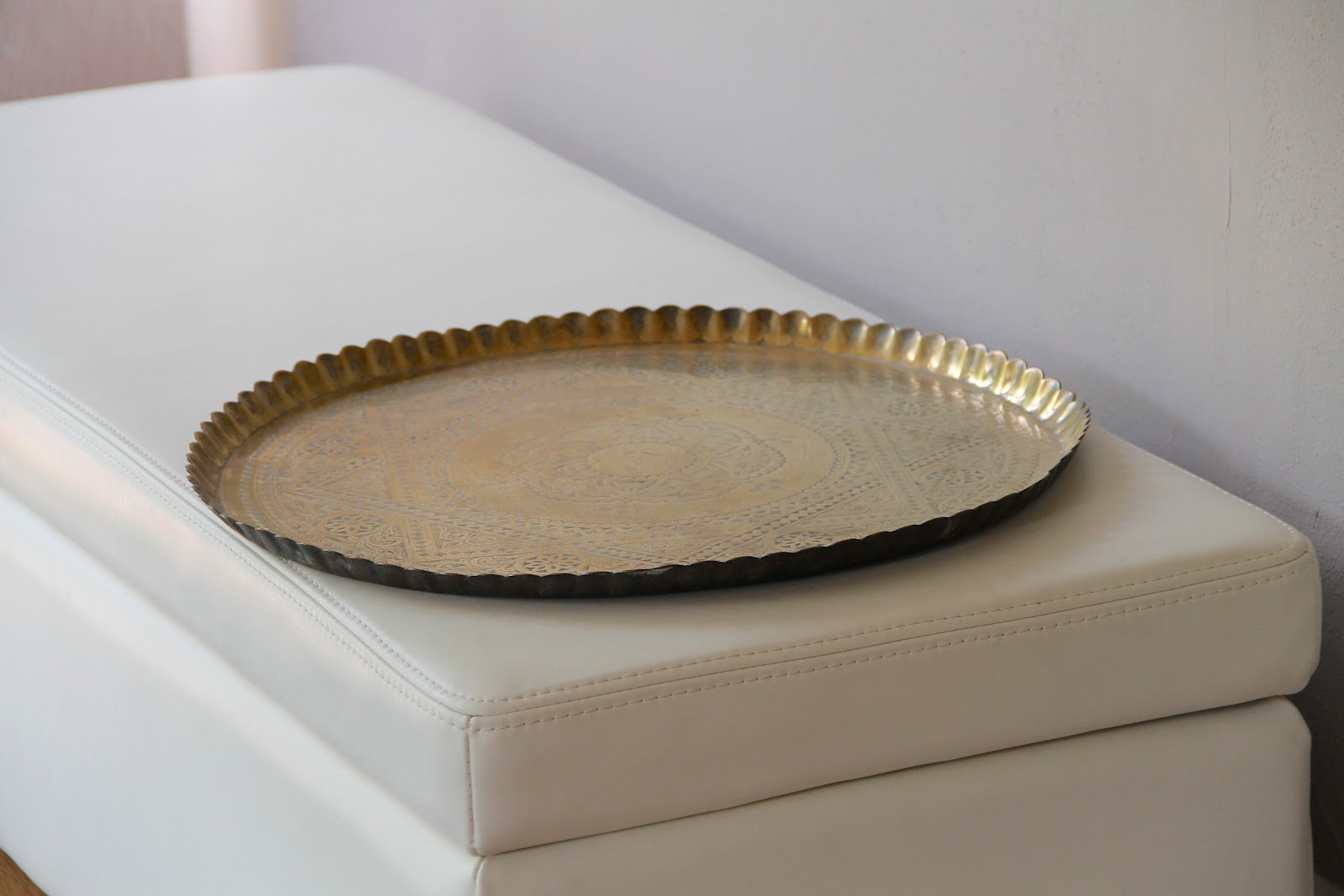 We kept most of the furniture from our previous place and added a new couch, a few side tables and accessories. My favourite thing in the room is actually this painting we found pinned in the basement covered by cobwebs. It was the canvas only, but I found a nice frame while out antiquing with friends, and I love how it looks above the fire place. We couldn't pass on the Anthropologie coasters, which are just too cute, and after adding a few pillows and blanket, the room came together nicely. 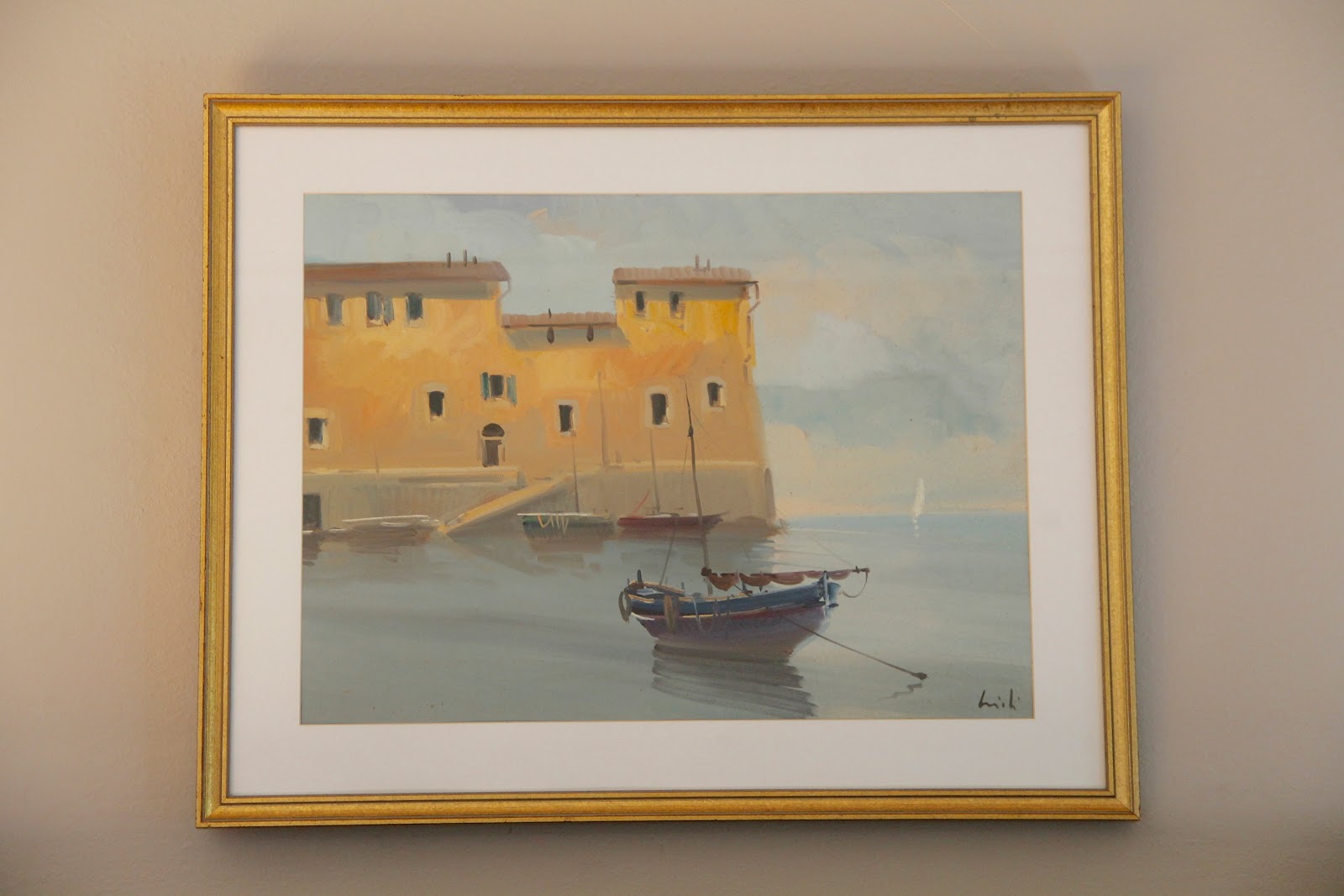 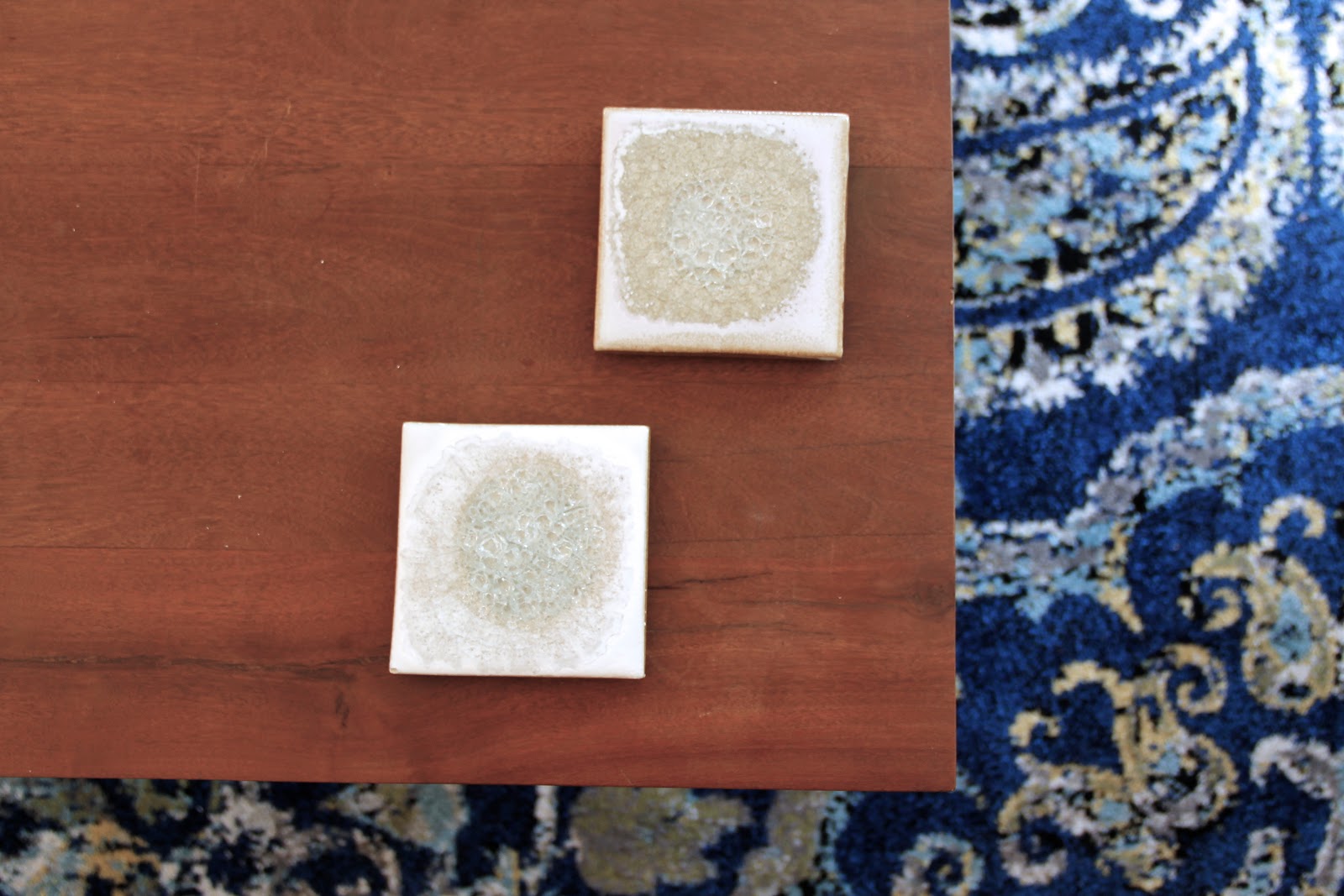 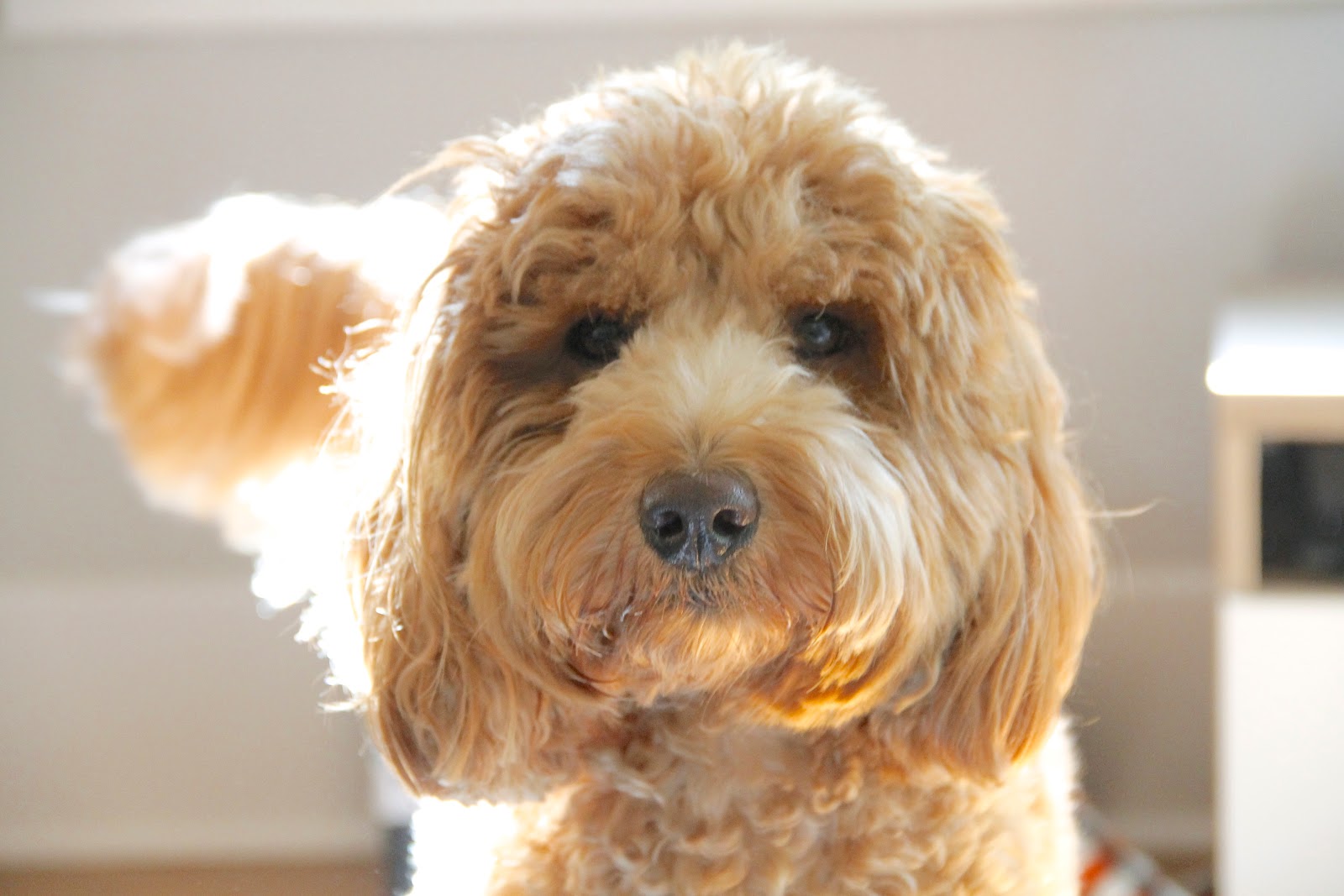 It's not perfect yet, missing some wall art and a few large plants but it is the most put together room we've managed in what seems like forever but I guess is actually not that long. I find it relaxing and peaceful, and Noodle seems to find it comfy enough to snuggle up with Sharkie. 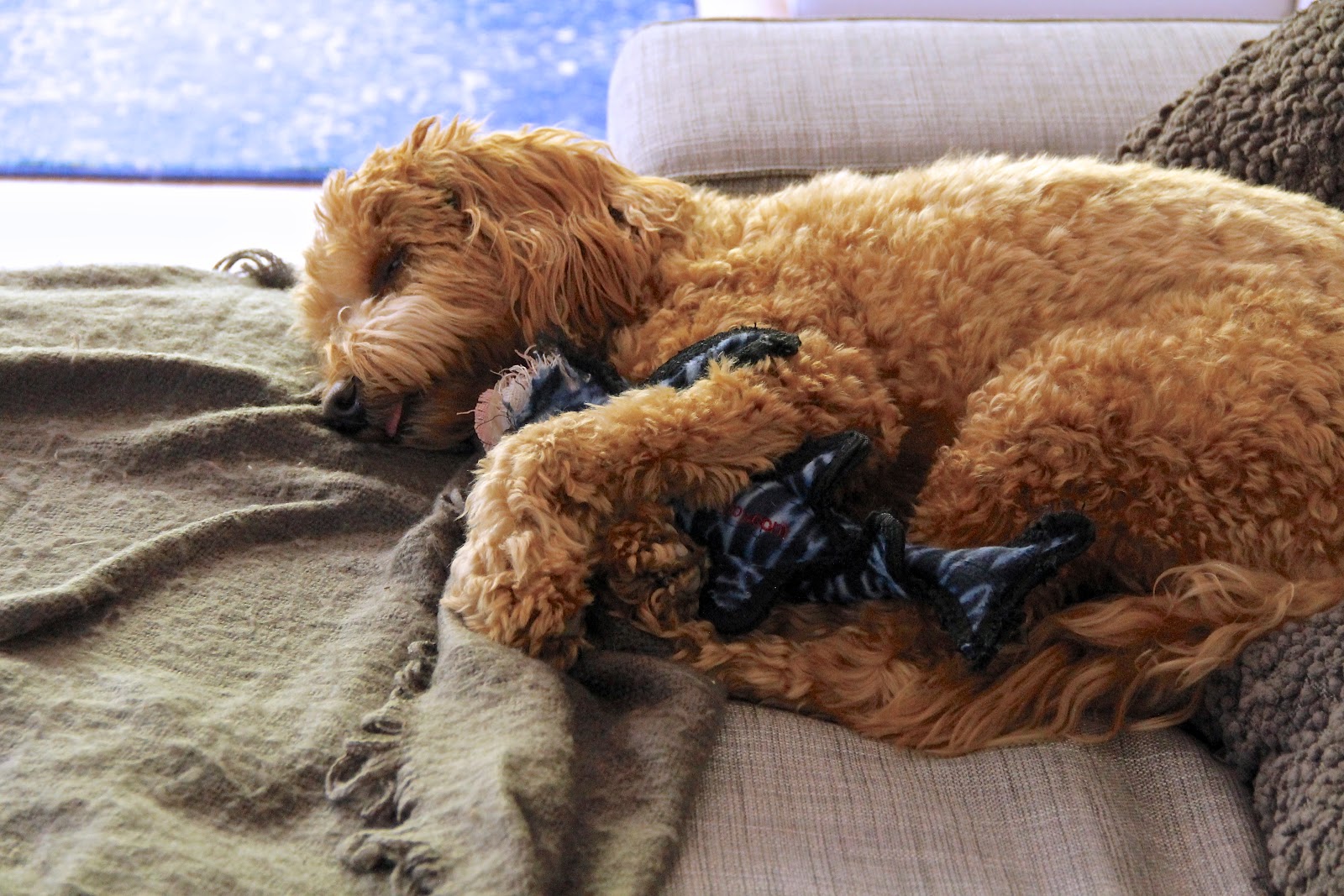