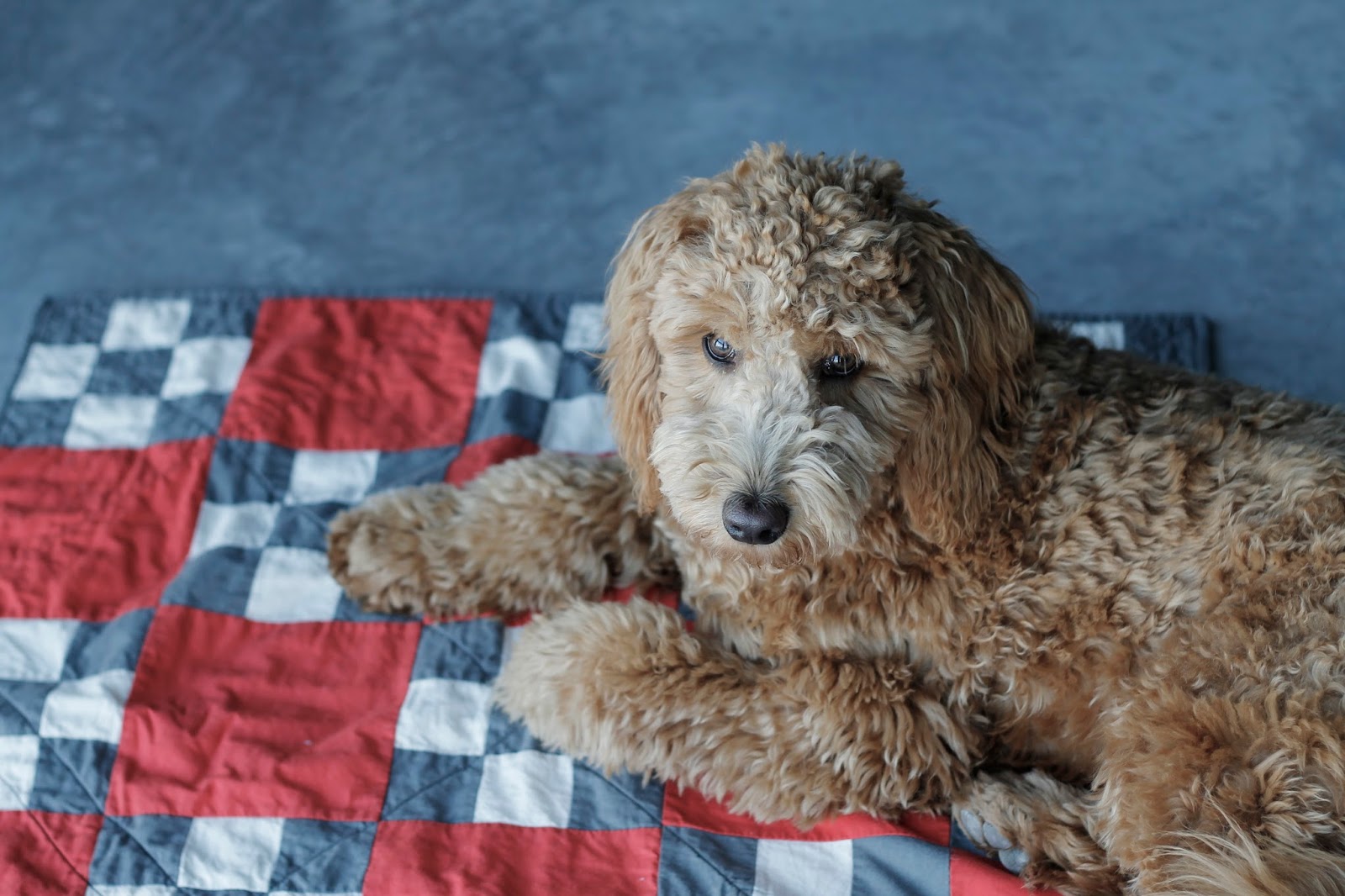 I didn't really have much desire to sew until we travelled to Japan last May. On one of our stops, we wandered the streets of Takayama and visited the Hida Folk Village, an open air-museum recreating a traditional mountain village. I looked for fabrics and crafts, while Graham drank sake and ate beef skewers. We both had a blast. The fabrics and patterns were beautiful, everything was gorgeous, and I felt very inspired. I decided that I would make an amazing quilt for our bed, and bought fabric. 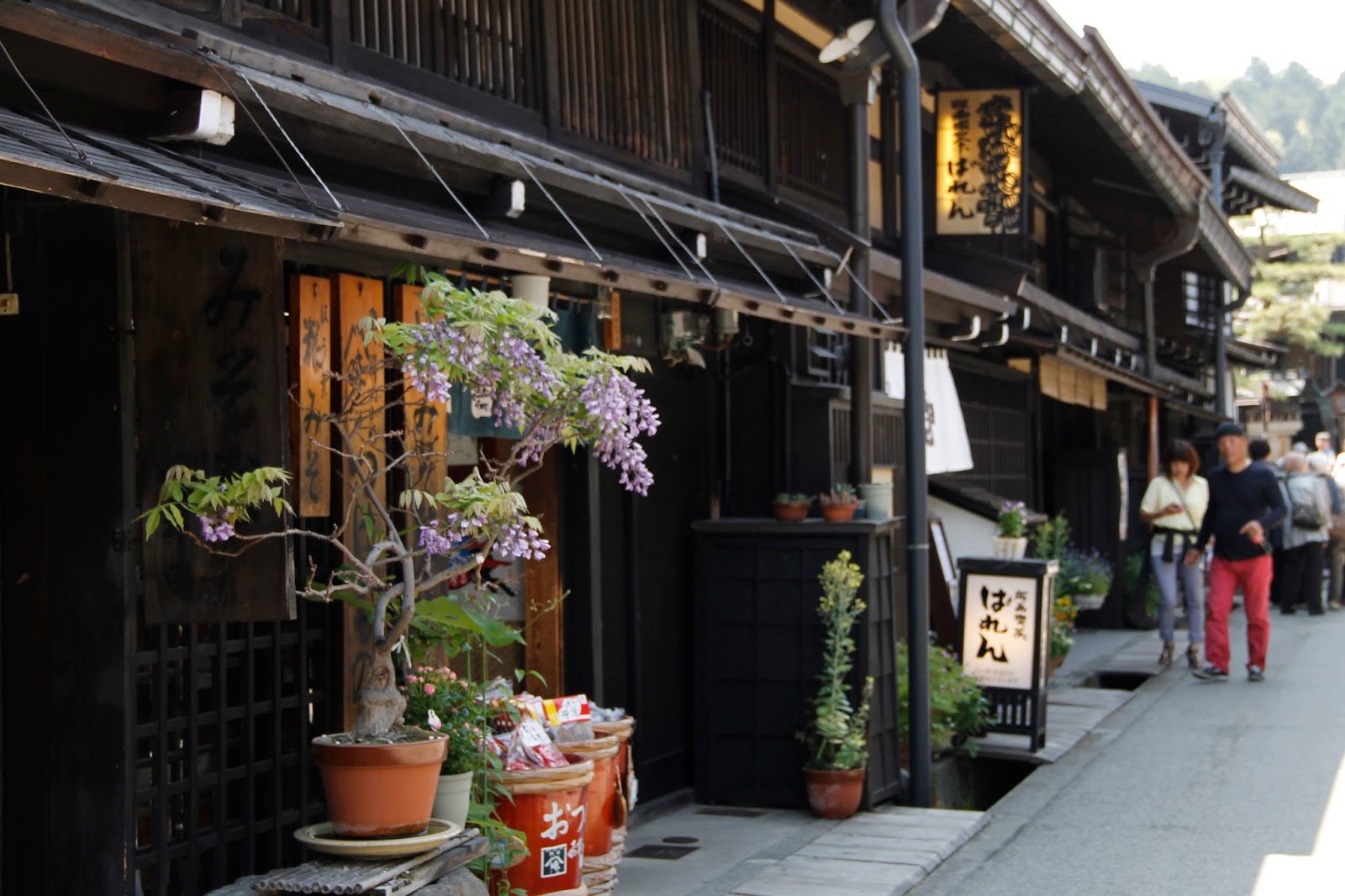 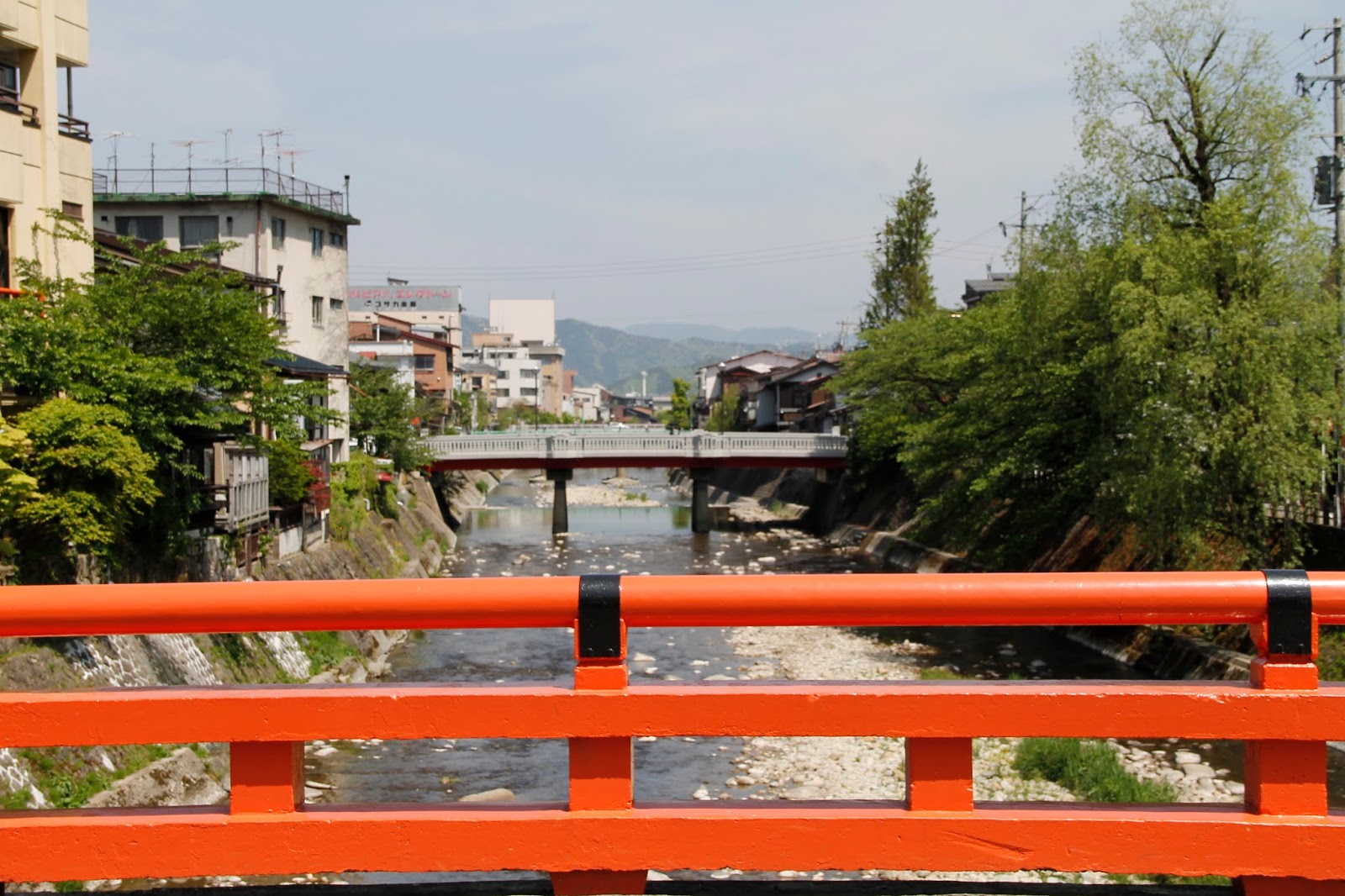 The only problem was, I had close to no sewing experience, and didn't own a sewing machine. So I decided that the first step should be learning to sew. Now that I was able to sew a little, sometimes even in straight-ish lines, I was still very much intimidated by quilting. The precision, the technique, the terminology... I was definitely not going to try it out on my own. So once again, I went online and signed up for a class at my local store. Graham was very supportive, mostly after I read to him the first sentence of my learning to quilt book, which compared quilting with sandwiches, his favourite food.

The class lasted 4 weeks, a total of 12hrs, and I loved it. We made a 30x30'' wall hanging 9-patch quilt, and I decided to make it for Noodle. Now you might think that I love this dog way too much, and you'd be wrong. He is amazing and deserves all that love. Or you might think that it's because I had little faith in my abilities, and you might be right. Since Noodle seems to mostly like things that he can lick and chew, I figured he would overlook the unevenness of my first quilt. But really, it was because the size and pattern left me a bit uninspired. So I picked out colours to match our living room and pillows, various supplies, and showed up to my first class. 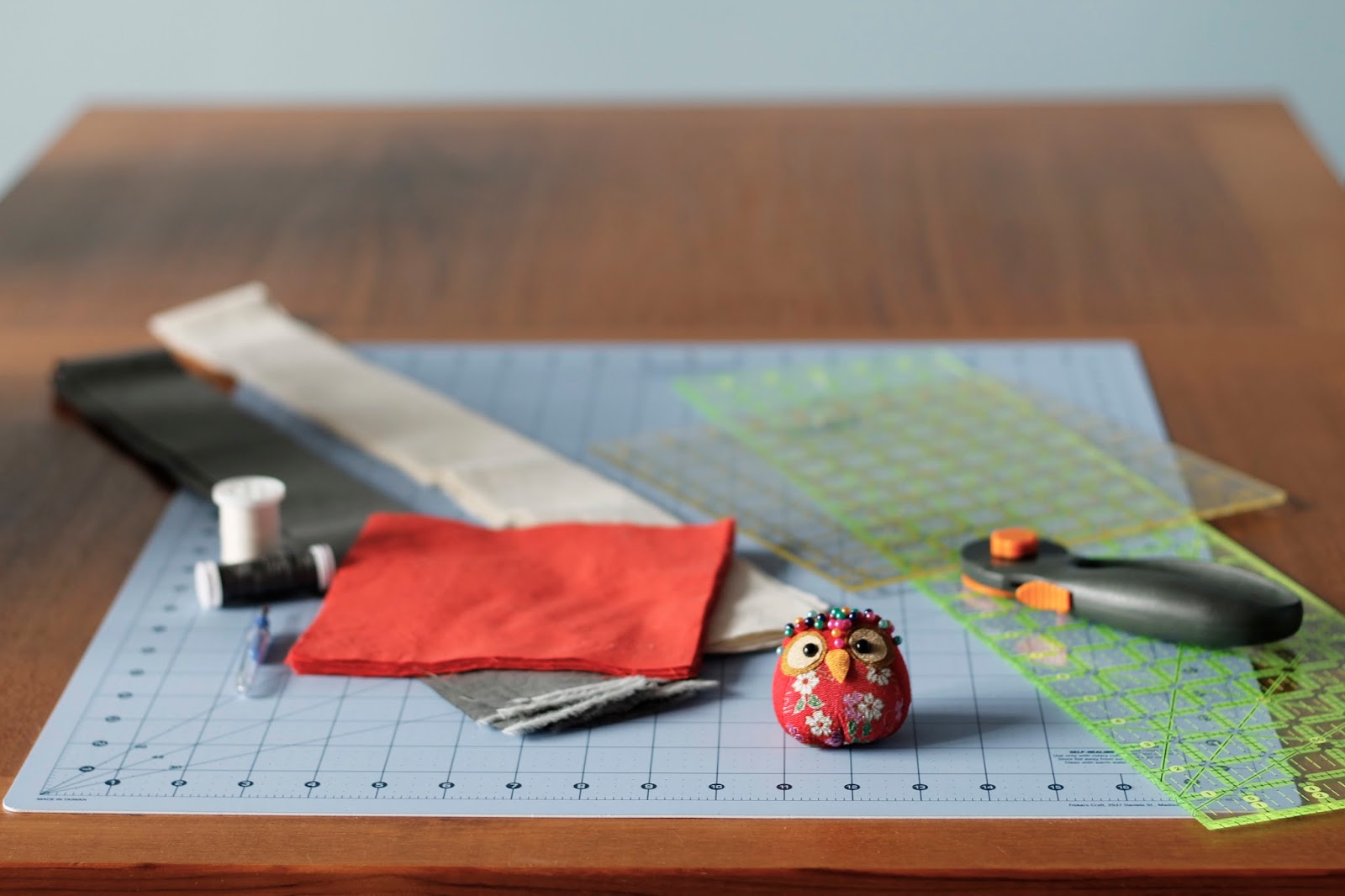 We talked about fabric and colour choice, and then started cutting with the rotary cutter after some wise safety warnings from our instructor. Actually, ironing came before that, but I tried to forget about it since it's not my favourite thing. Which seems like bit of a problem since you need to do a lot of ironing/pressing when you quilt, but so far I've been willing to overlook this. Being able to cut the fabric without having to trace first, and just roll the cutter along instead of using scissors was great. We finished all the cutting during the first class, and went home without homework.

I was pretty nervous about the second class, since everyone else was an experienced sewer. It actually went pretty well, and I left with half of my blocks completed, excited to go home and continue. The following day I had the afternoon off and was maybe a bit too enthusiastic, and finished the top. I also learned that so far I had not done any quilting, but only piecing, as quilting refers to the actual assembly of the sandwich. Next came the batting, quilting, and binding, which was probably my least favourite step. I managed to finish my quilt the day after the last class, and started working on the design of my next quilt, for our bedroom. This will be a long-term project, and I'm not sure whether or not I will quilt it myself. The piecing might be enough for me. We'll see.

So far, Noodle seems to like his quilt, which keeps him a bit warmer as he sits by the window, carefully watching the world outside. 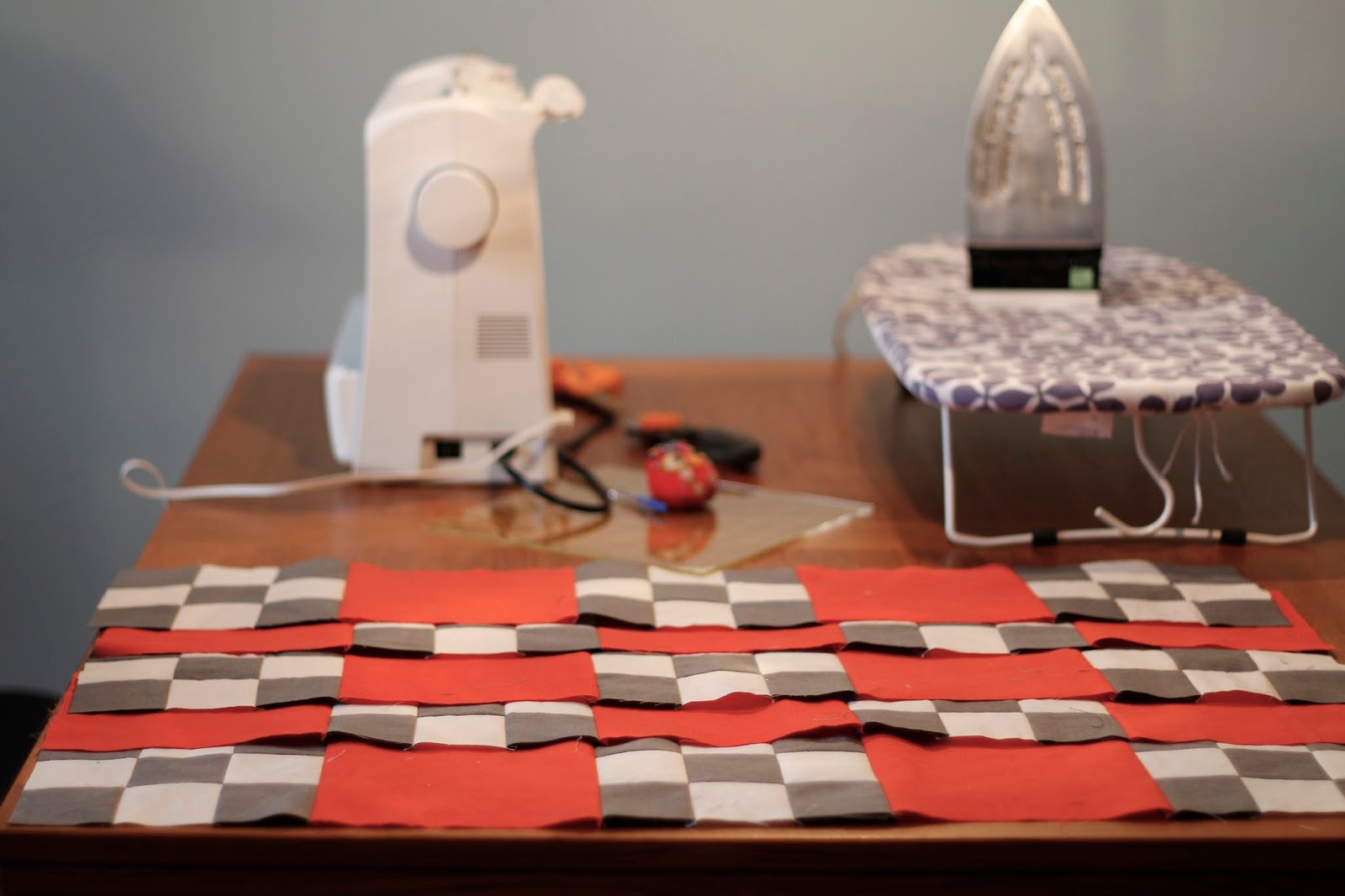 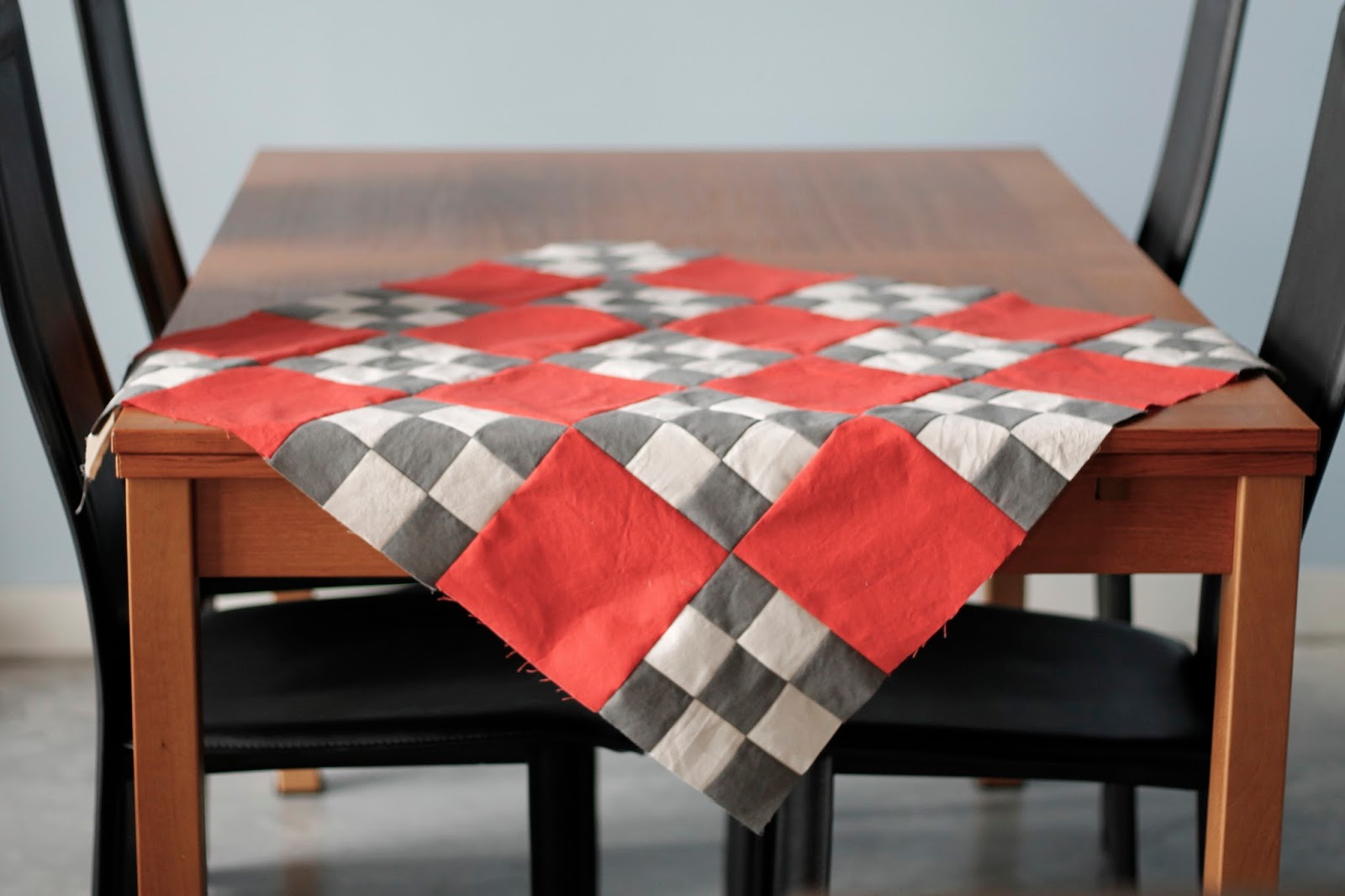 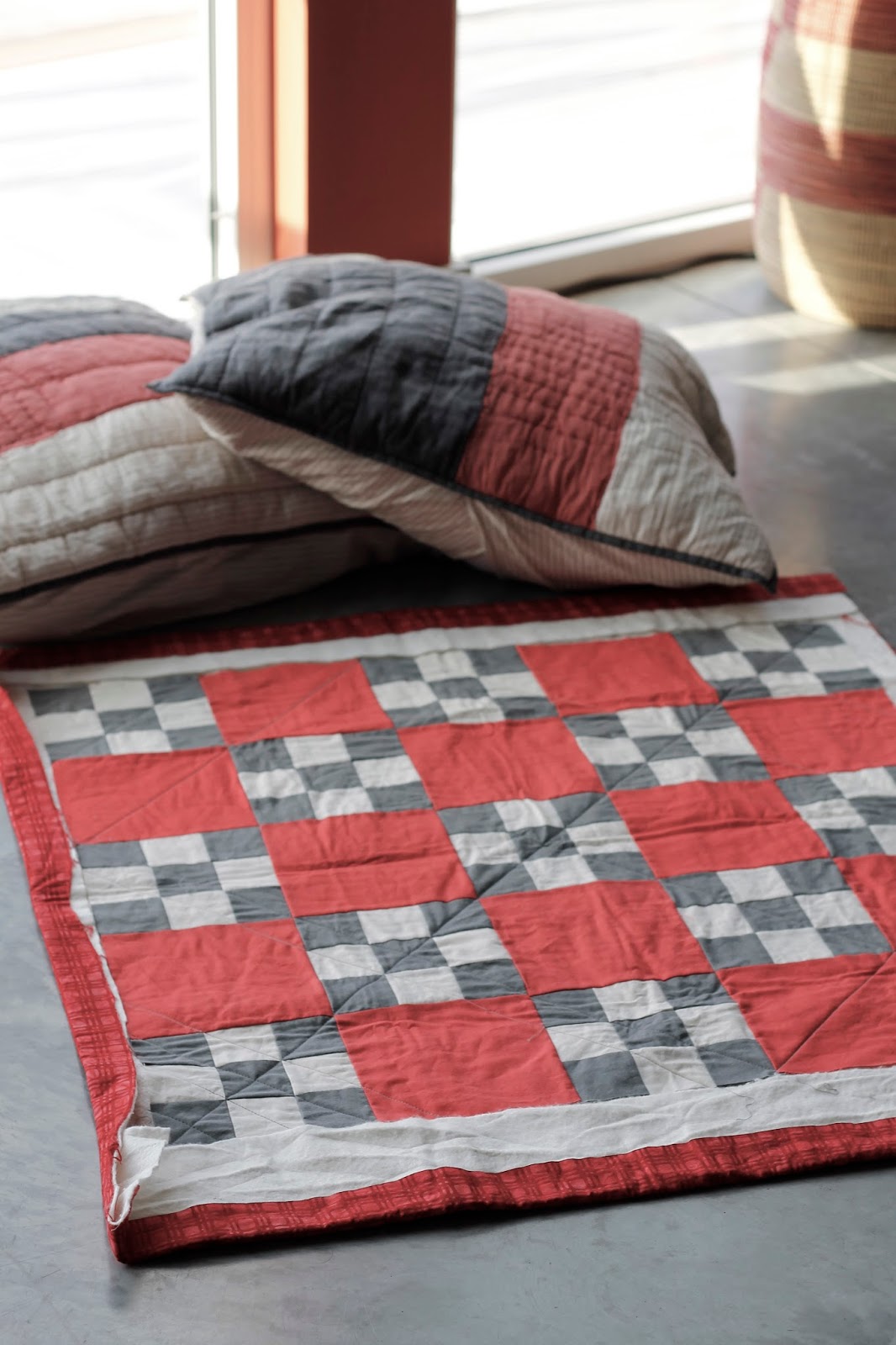 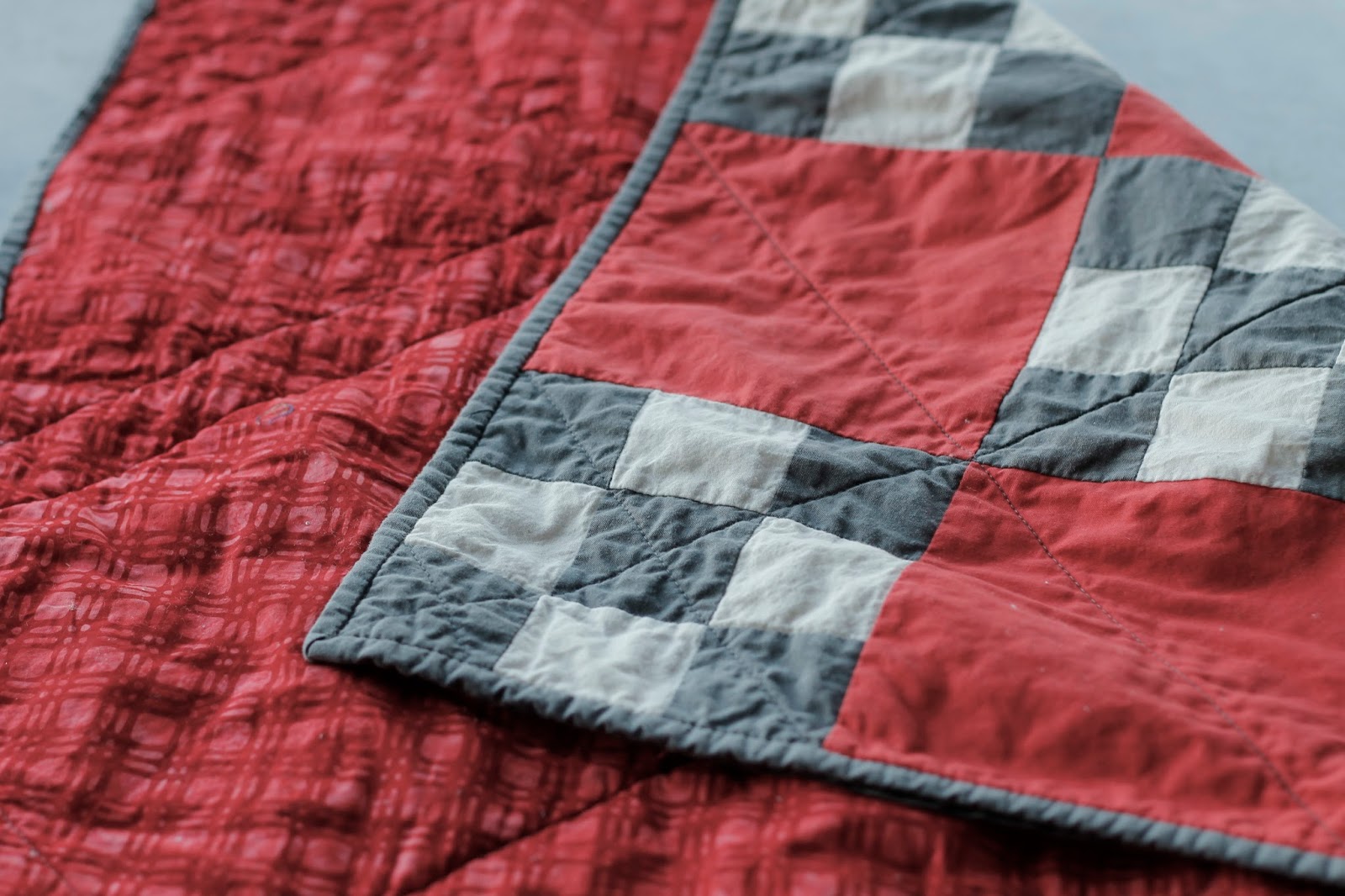