A new hat for an old pompom 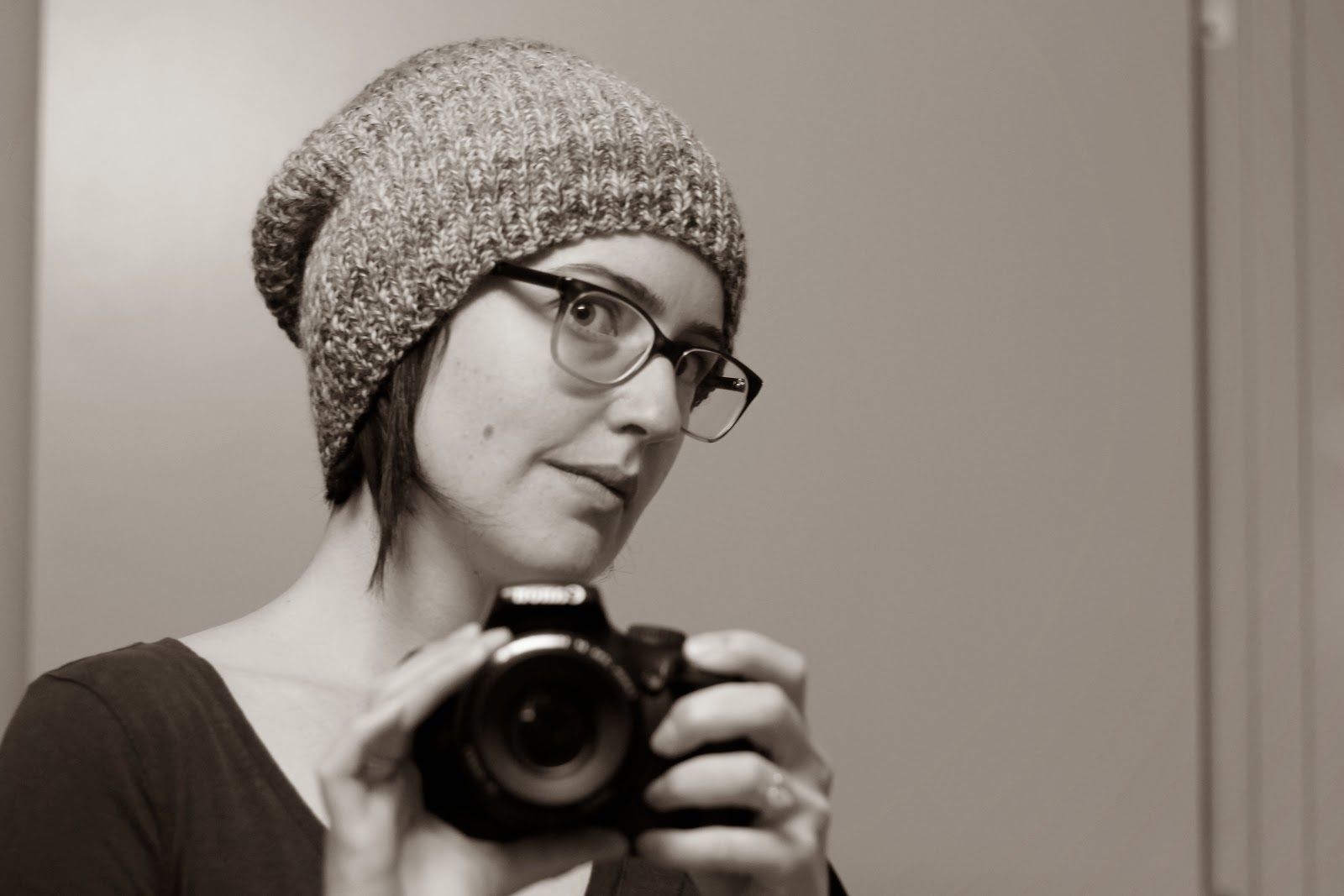 I have this grey hat that I bought a few years back and that I just love. It used to be perfect, a bit slouchy, with the cutest fur pompom. Over time it has stretched, and the cheap acrylic yarn has peeled, and it has become a bit embarrassing. I still wear it because I love it, or rather I love the pompom, but eventually I had to admit that it was time to let go. I had some left over Autunno yarn from my first cowl, so I decided to knit a hat to go with it, and repurpose the fur pompom.

I, again, thought that I could just adapt a pattern and that it would work, and realized that I still have some serious learning to do. I tried to make the hat slouchy, and it just did not work, the stitches being a bit too stiff to fall nicely, so I had to rip it apart (just the top), struggle to get my knitting needles back on, and redo the decreasing part, planning to forego the slouchyness. I thought that this would do the trick, but still I wasn't happy with it. So I decided to try and follow the pattern of my old store-bought hat instead, which I guessed, and improvise with a bigger needle size, because there is only so much time a hat should take, right? Still, it wasn't quite what I was looking for, and once again I tore the hat apart. My friend Kate from knitting class has been on the quest for the perfect hat for quite some time, persevering even though most of us would have settled on some of her gorgeous ones. It made me feel better to know that I wasn't the only one ripping off hat after hat. I've been inspired by many of her projects, and I was thrilled when she shared that she really likes this hat designed by Kristen Ashbaugh Helmreich. The pattern was published in Stitch Mountain, the book that I just happened to win at Vogue Knitting. Now how perfect was that. I jumped on my poor yarn which had survived being knitted and ripped repeatedly, and I'm happy to say that thanks to Kate's find, I'm finally happy with my hat. Too bad it took until April to get it right. Maybe I'll get to wear it camping before storing it away for the season. Next year, I'll start my search for perfection earlier, so I succeed before winter is over. Promise. Because, who am I kidding, I'm sure that by next year, I'll want to make another one. Got to change it up once in a while. 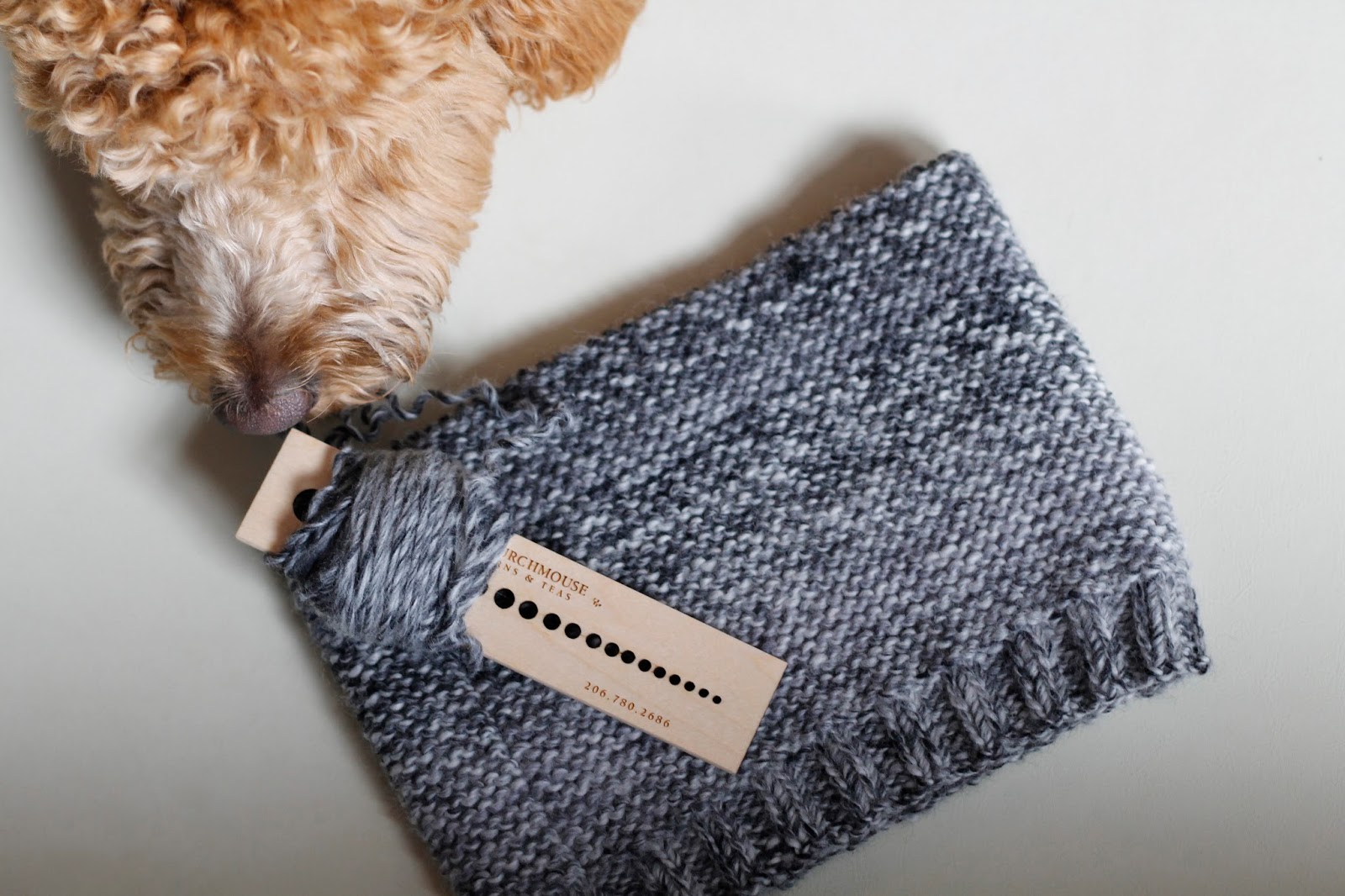 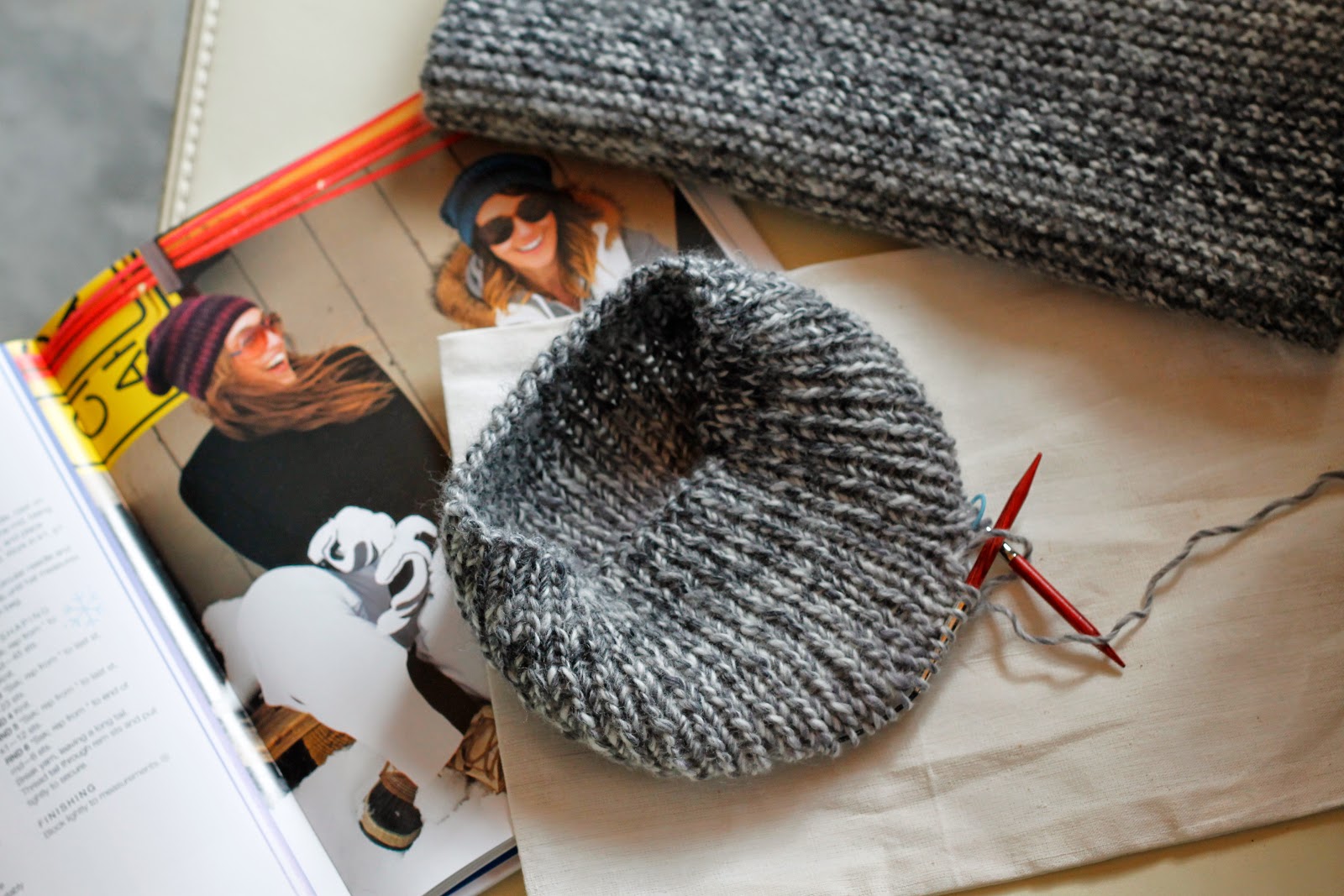 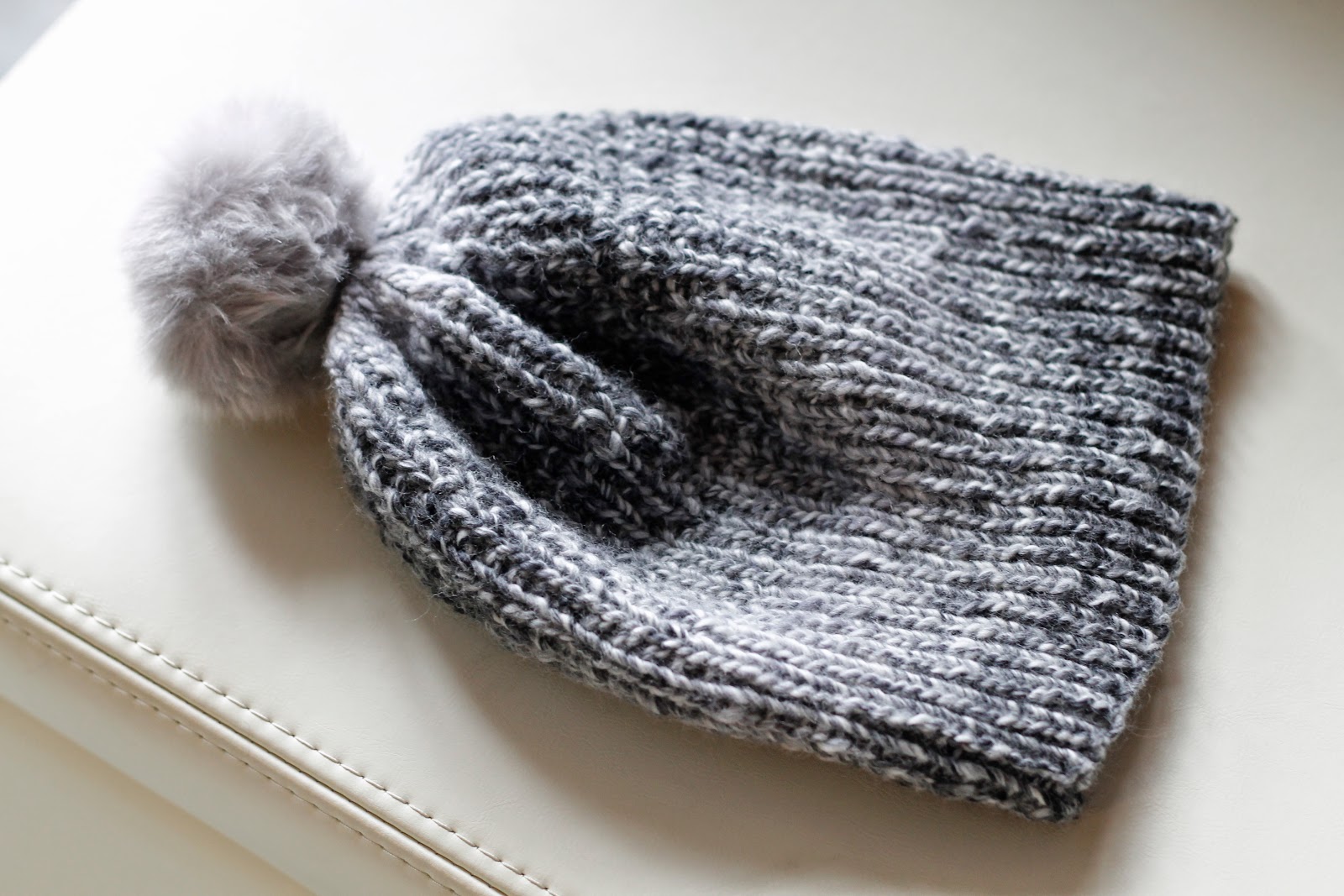 Finally finishing a project is satisfying, but it also means that it's time to take some pictures. Since I don't always have the luxury of monopolizing my favourite photographer for hours, I have to be creative. I've been seeing a lot of really great selfies (and some less impressive, true), but I have to be honest, I find it quite challenging. I spent quite a while looking like an idiot in the bathroom trying to aim the camera right, and only managed to get one picture worth sharing. As often, I then decided to resort to using the dogs, and luckily for me, we had Mr. Ody Hands staying with us at that time. Noodle wasn't really happy with the stillness of the photoshoot, and when his dramatic sighs and sad looks were ignored, he had to take action and get Ody to play. All hell broke loose. 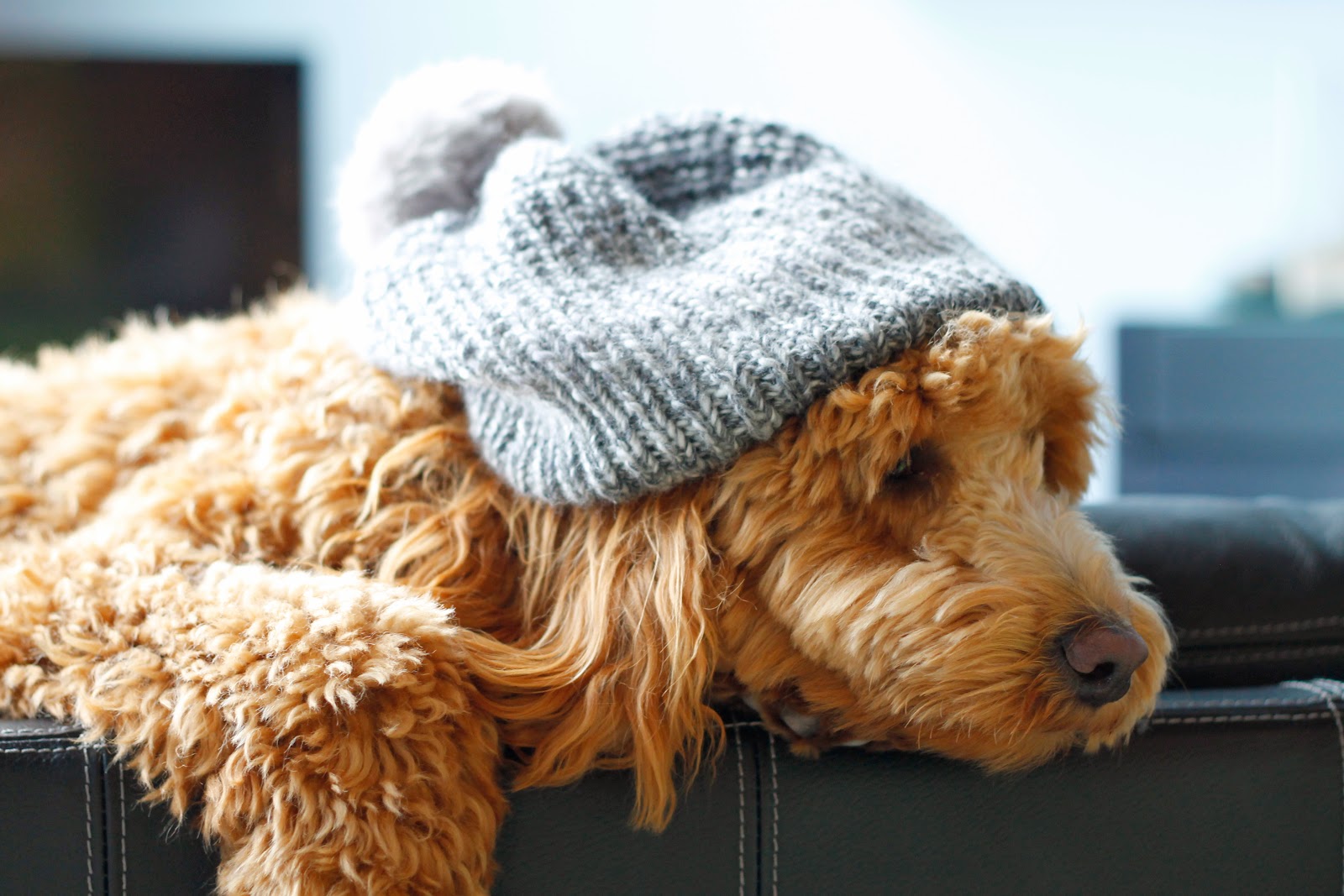 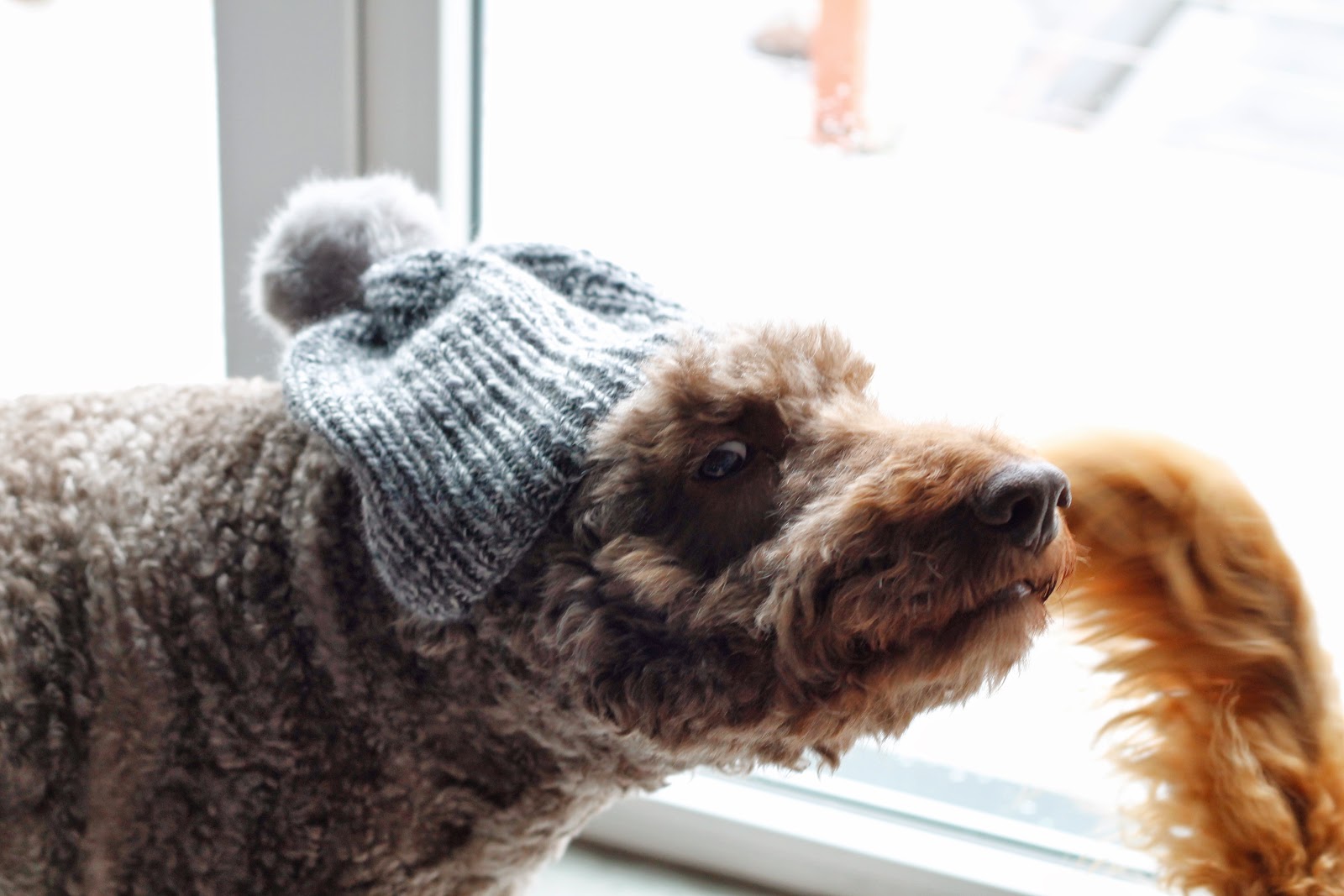