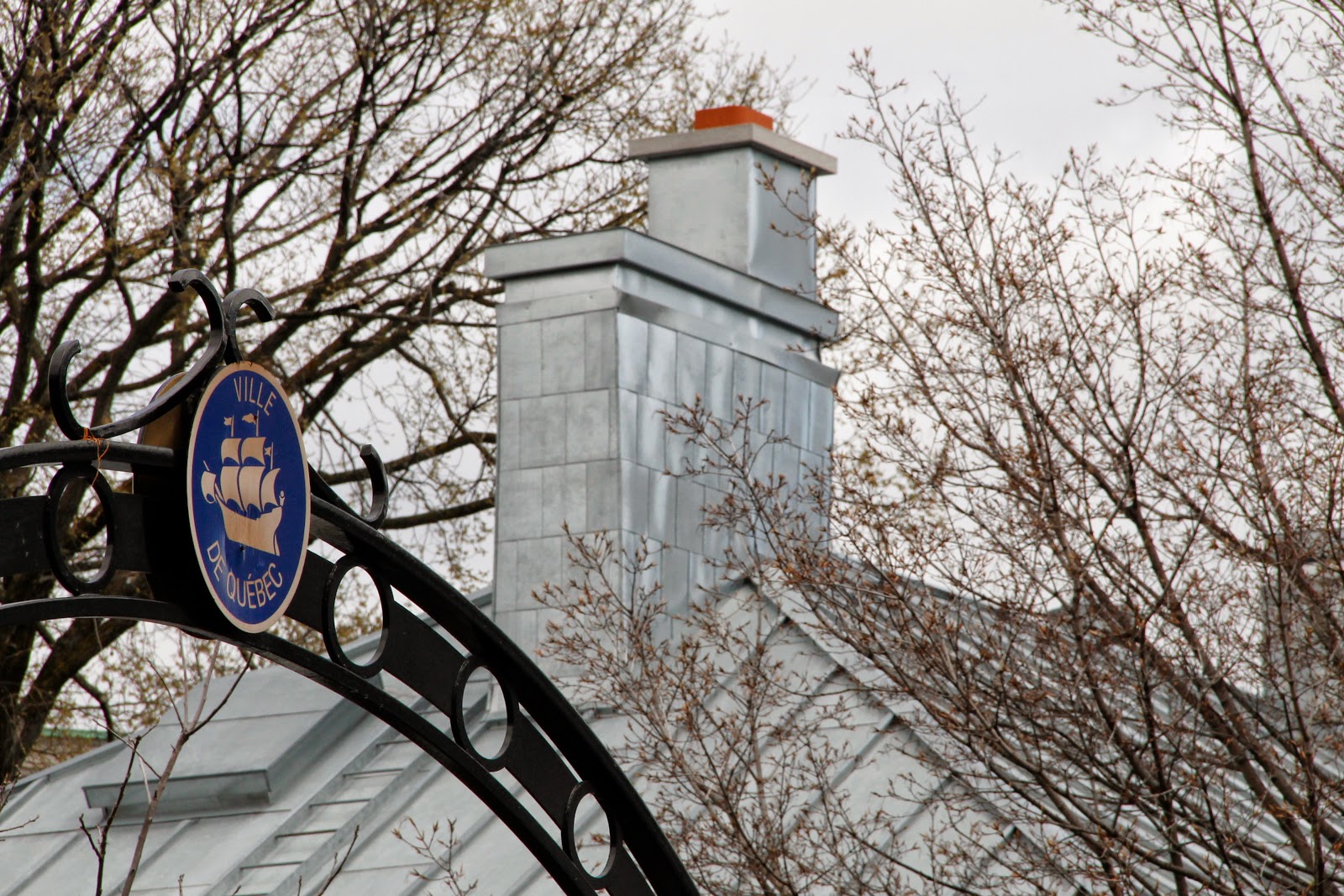 It's always a whirlwind to come home, with family and friends to visit, so much to see and do and so little time. The first time Graham came with me to Quebec City, my beautiful hometown, it was snowing and hailing, and although he said he enjoyed it, we had some doubts. This time, mid-May, there was only a little bit of snow left in particularly shaded areas (seriously) and I think that we convinced him of what a great place it is. Unfortunately, I got really sick, and after trying my best for a few days to be a trooper and follow along, all I wanted to do was spend all day in my pyjamas, not too far from the tissue box, and watch TV. Did you know that the Netflix accounts just switch over when you travel (at least to some countries)? How perfect is that.

Before I gave up and refused to leave the house, we spent some time exploring the Old City, giving Graham the grand tour. We had a lovely lunch at Le Cercle, on St-Joseph, a street that has changed so much since the last time I lived in Quebec, almost... 10 years ago. It is now the hip and trendy place to go, with great new restaurants, venues and cafes. Patente et Machin is another great example of these new, amazing restaurants. Convivial, with a menu changing daily and even as the night goes, based on availabilities and ingredients. The menu options are few, and the waiter comes to the table and describes each dish in details, to the point that you must refrain from applauding at the end of his recitation. The meat-less options, again, are ever so limited. But the fish and seafood is great, and everything is cooked to perfection. Many of the dishes are a modern take on an old time classic, such as pudding chômeur, served there with melted aged cheddar cheese on top. Graham's plate disappeared in an instant and was replaced by a pleasantly surprised and amazed look on his face. I also had a the chance to try out Le Clocher Penché, a restaurant I had been hearing about for years, and always wanted to go to. I was not disappointed, and enjoyed some fish, although I was pleased to see a vegetarian option on the menu, which was a first on this trip. I have come to the conclusion that Quebec City would rank high on the most vegetarian-unfriendly cities I've been to, and I had to resort to eating fish and seafood most of the time, which I typically do occasionally, and watch out for the numerous fish dishes prepared with meat. One great breakfast or lunch option though, with plenty of veggie choices, is Le Bügel, which serves delicious bagels baked in house, and even convinced my dad of the attraction of going out for breakfast, which he always said he didn't care for very much. This has always shocked me, how he likes his traditional breakfast, but I happily let it slide, since dinner is often exceptional, as he whips out fancy menus such as a snow crab salad with grapefruit and avocado, with a side of sturgeon spread on cracker, followed by arctic chard with tomato confit and dried black olive crust. I'll eat dinner here any day. 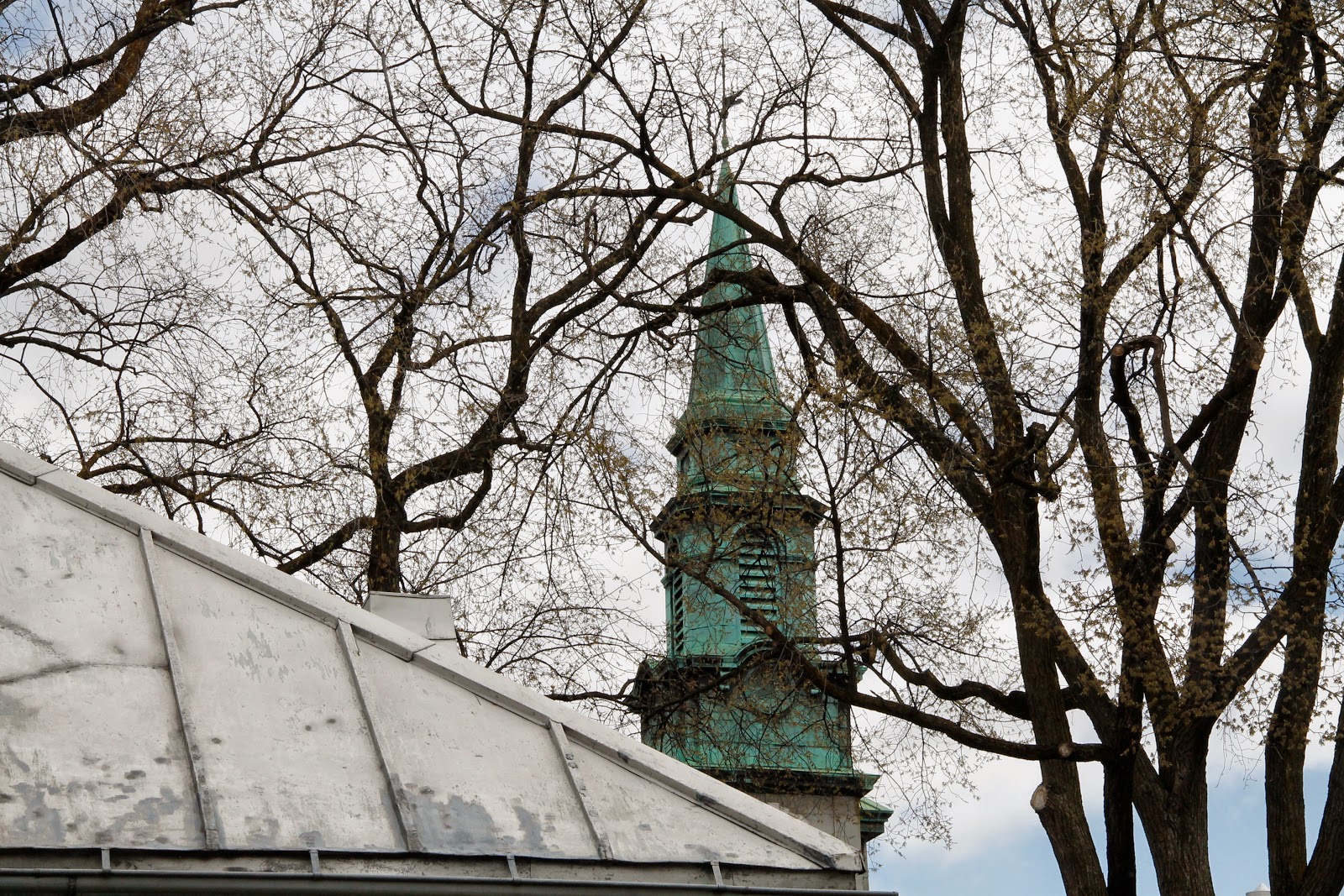 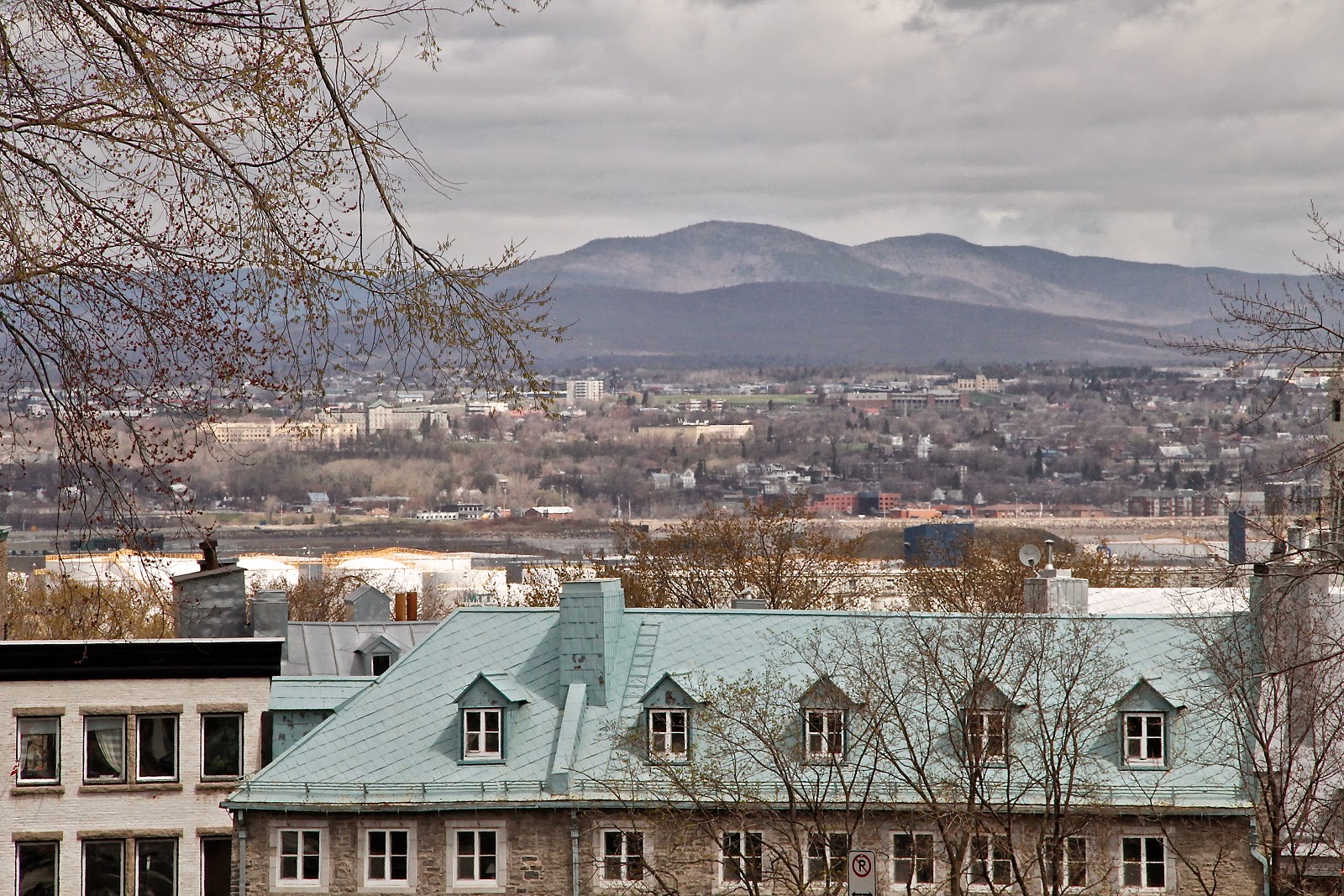 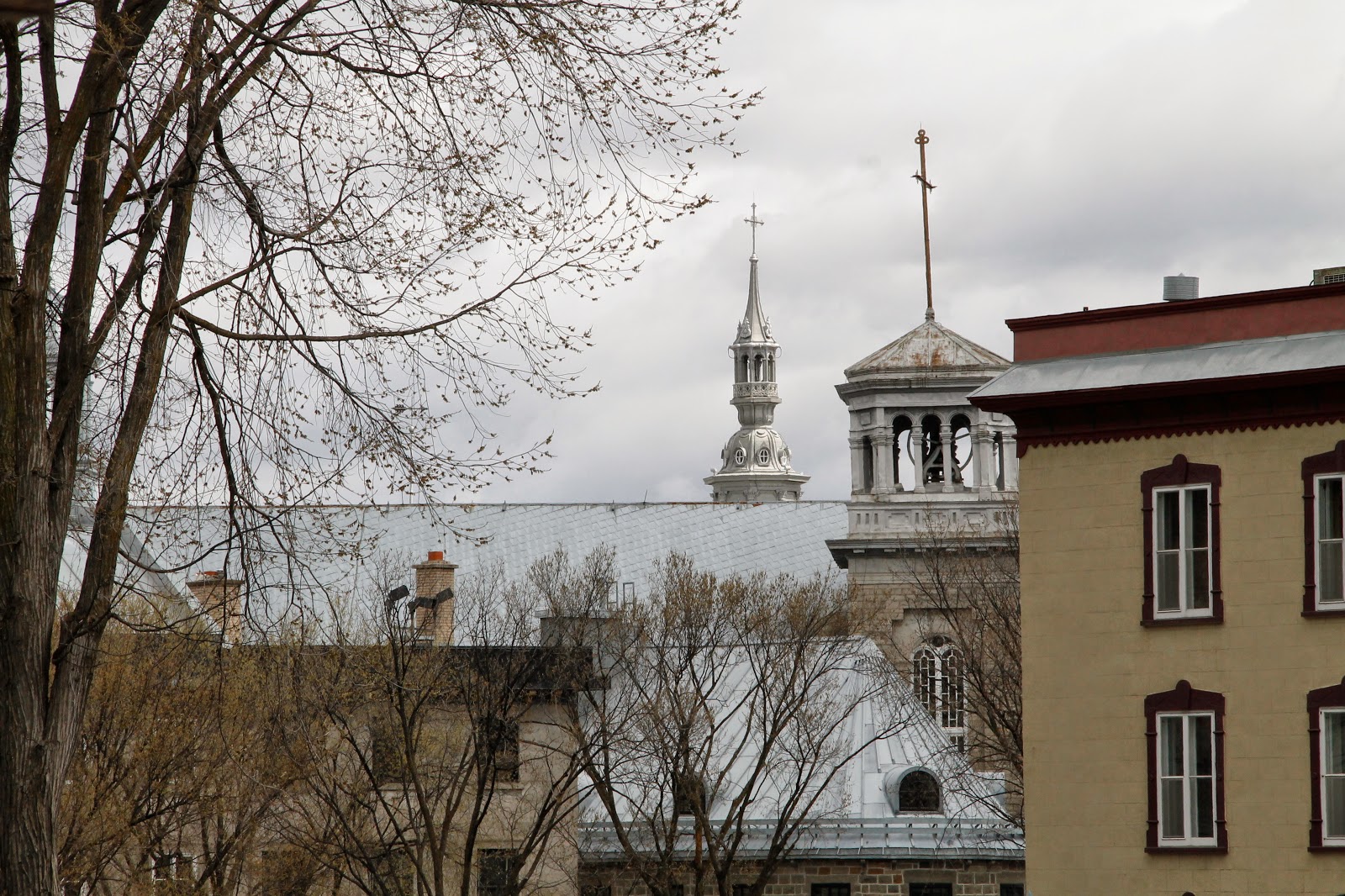 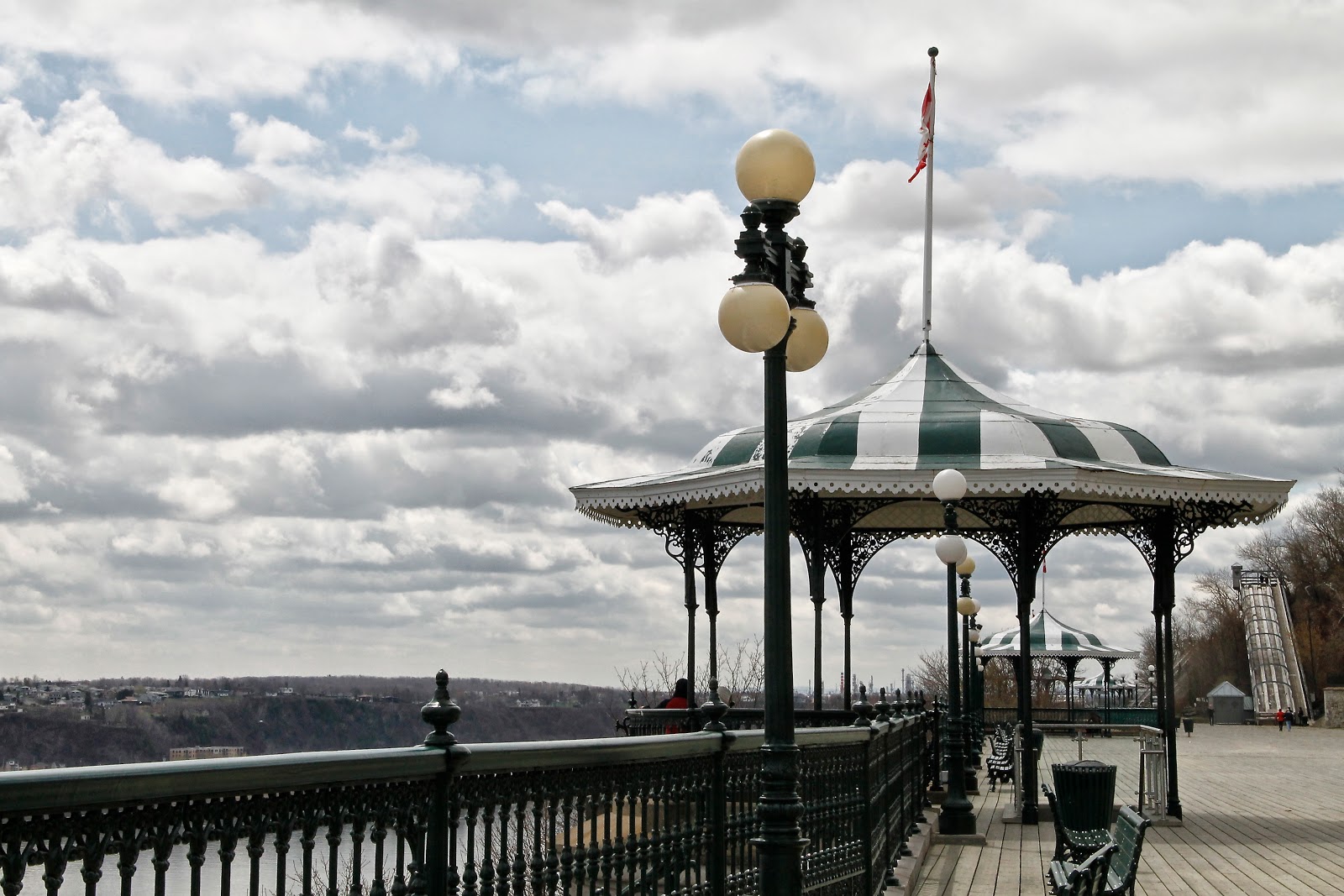 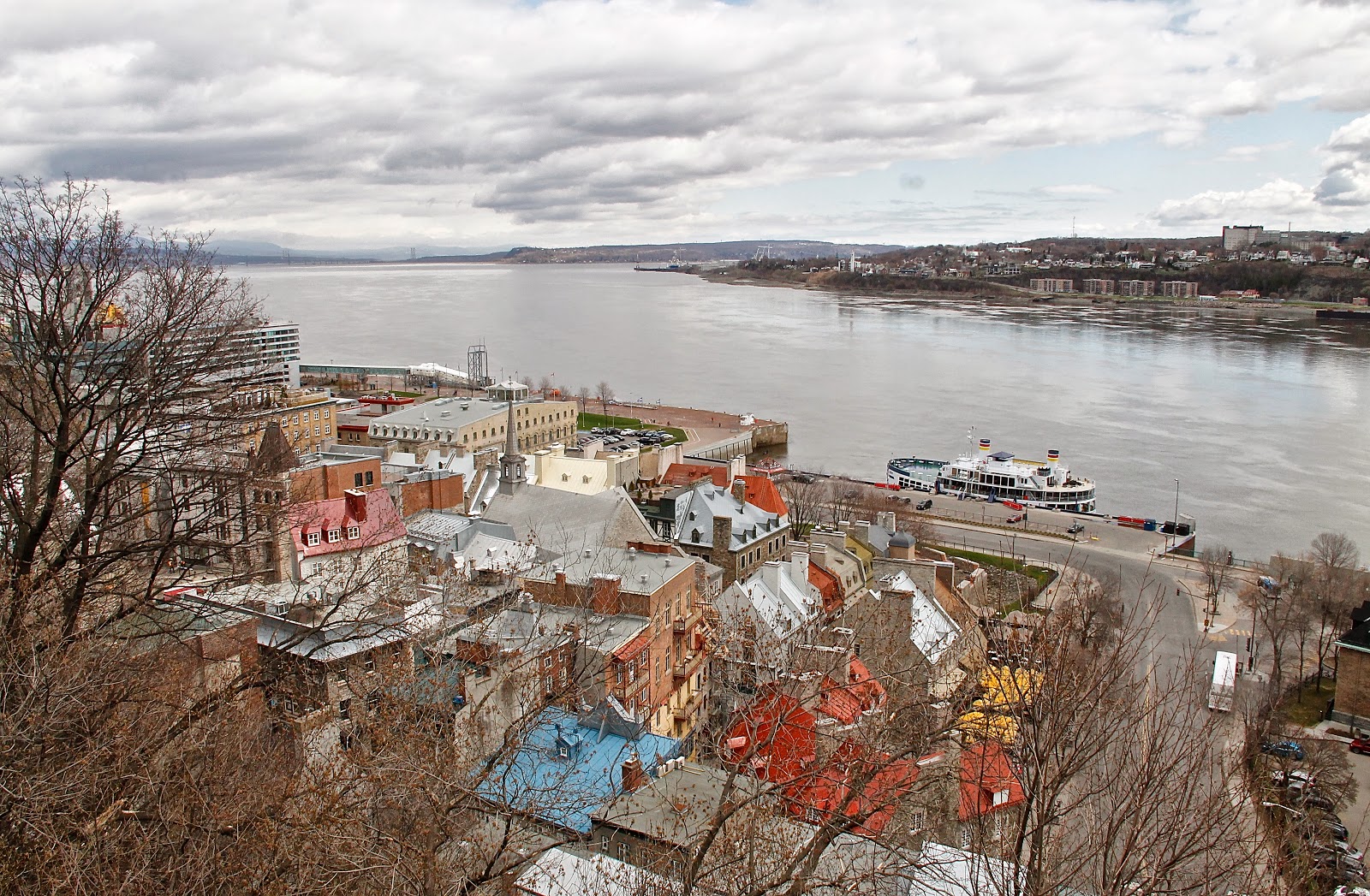 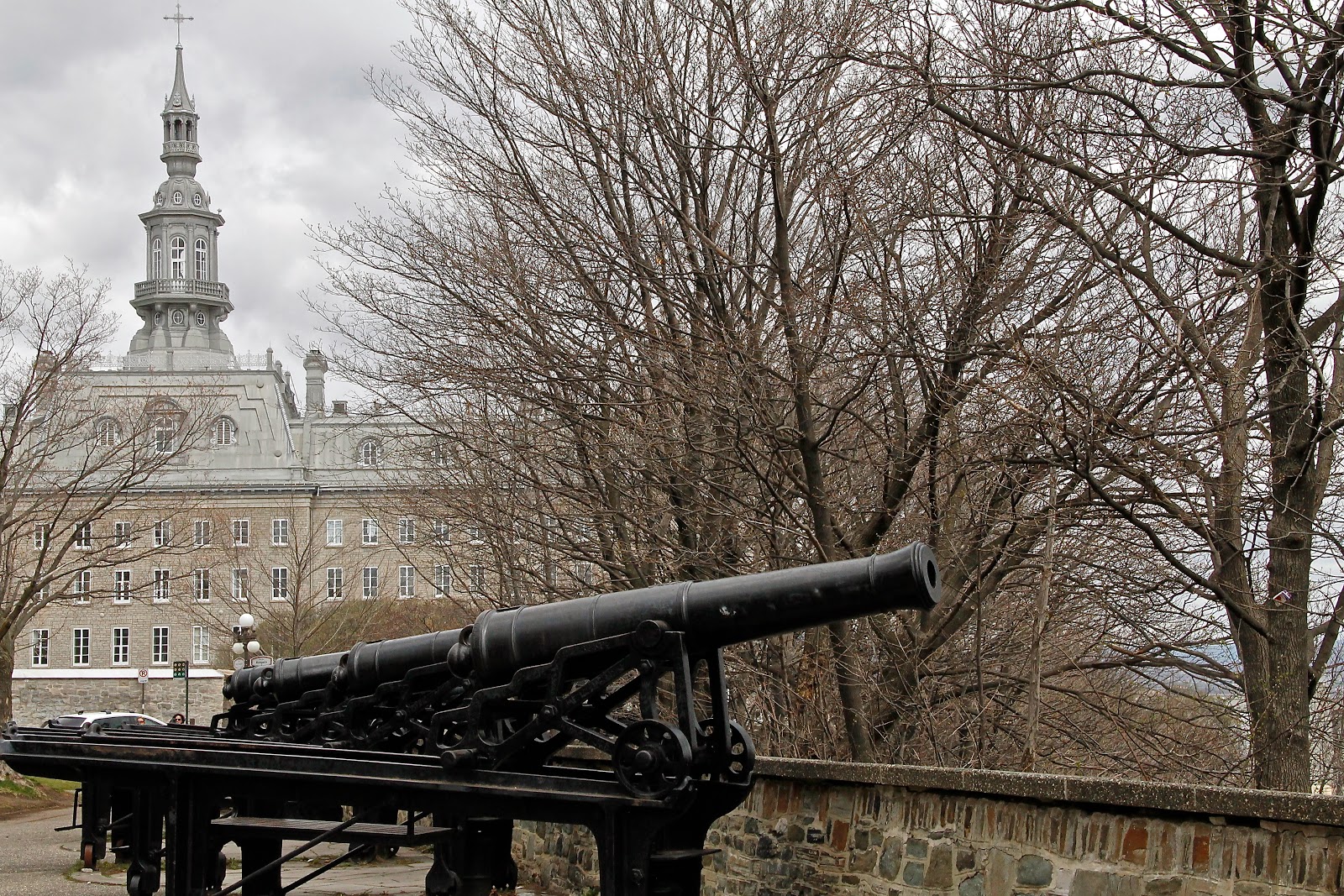 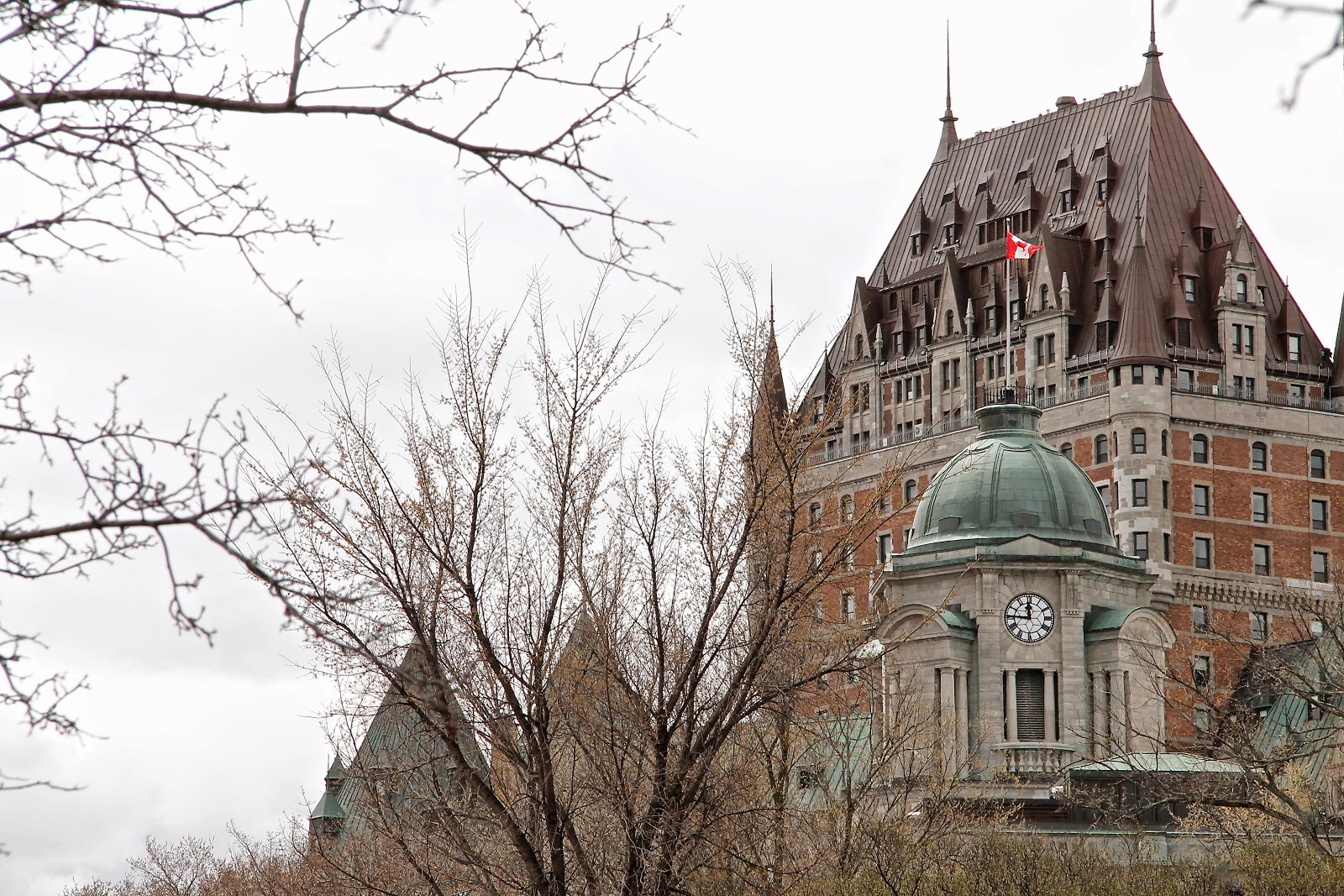 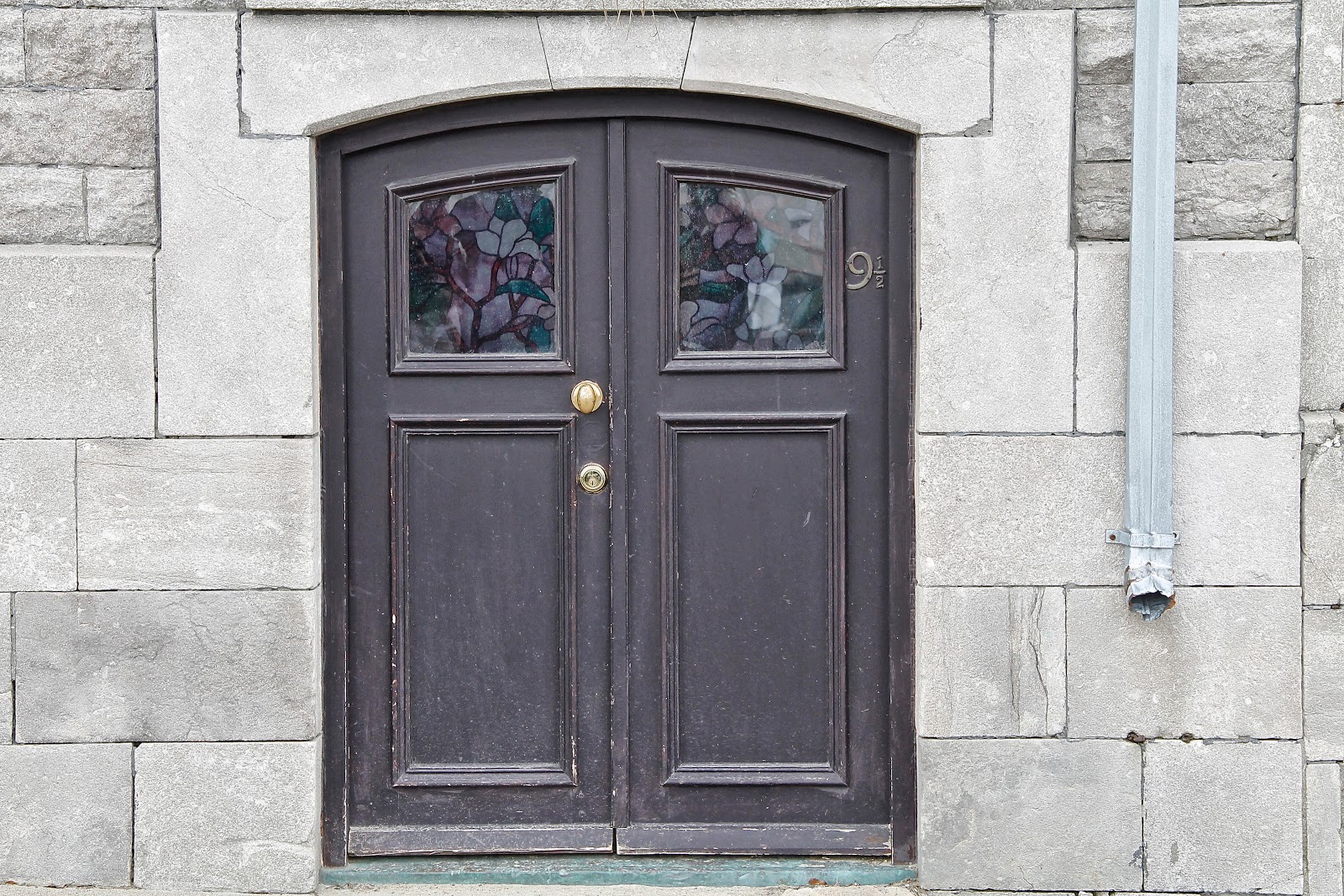 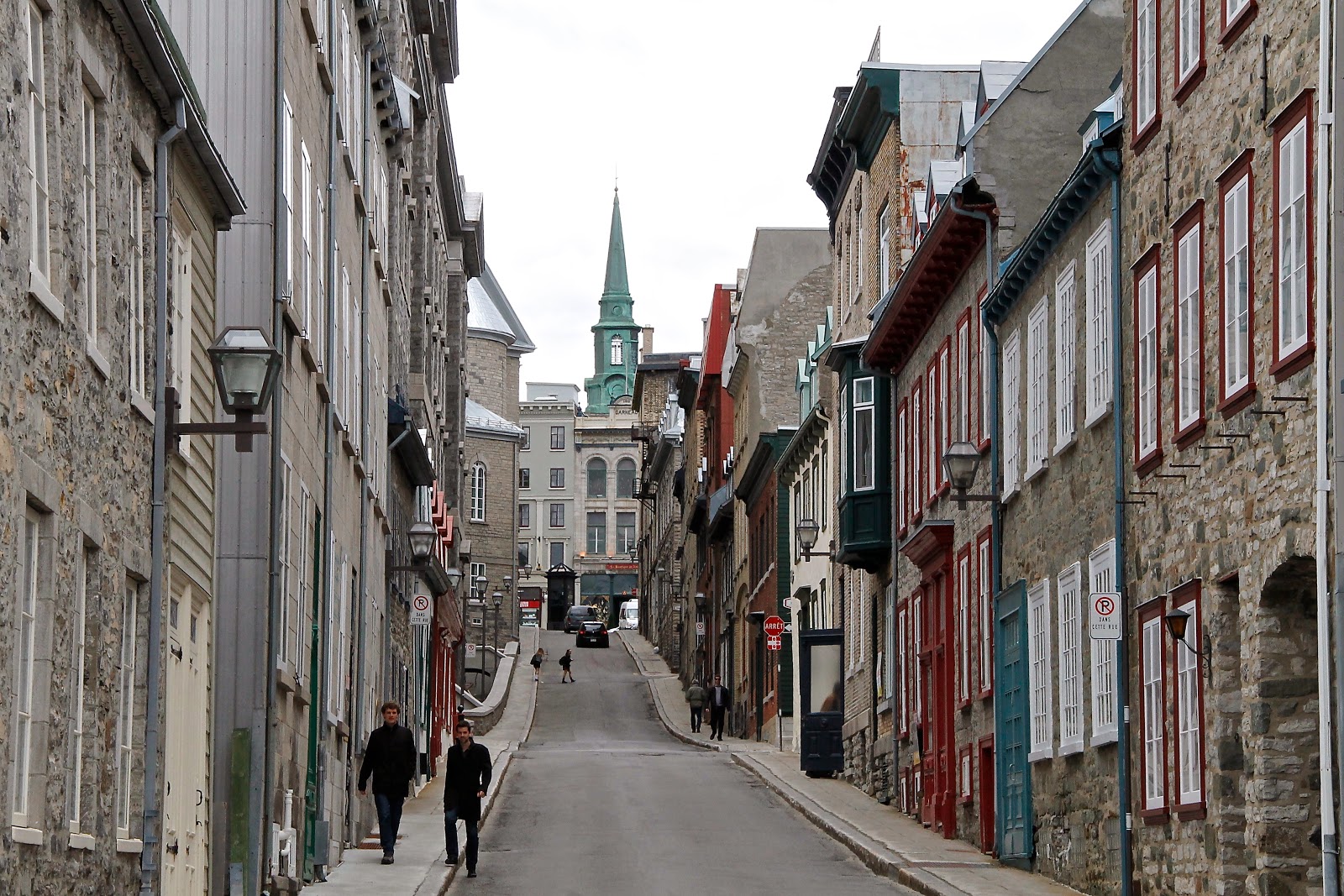 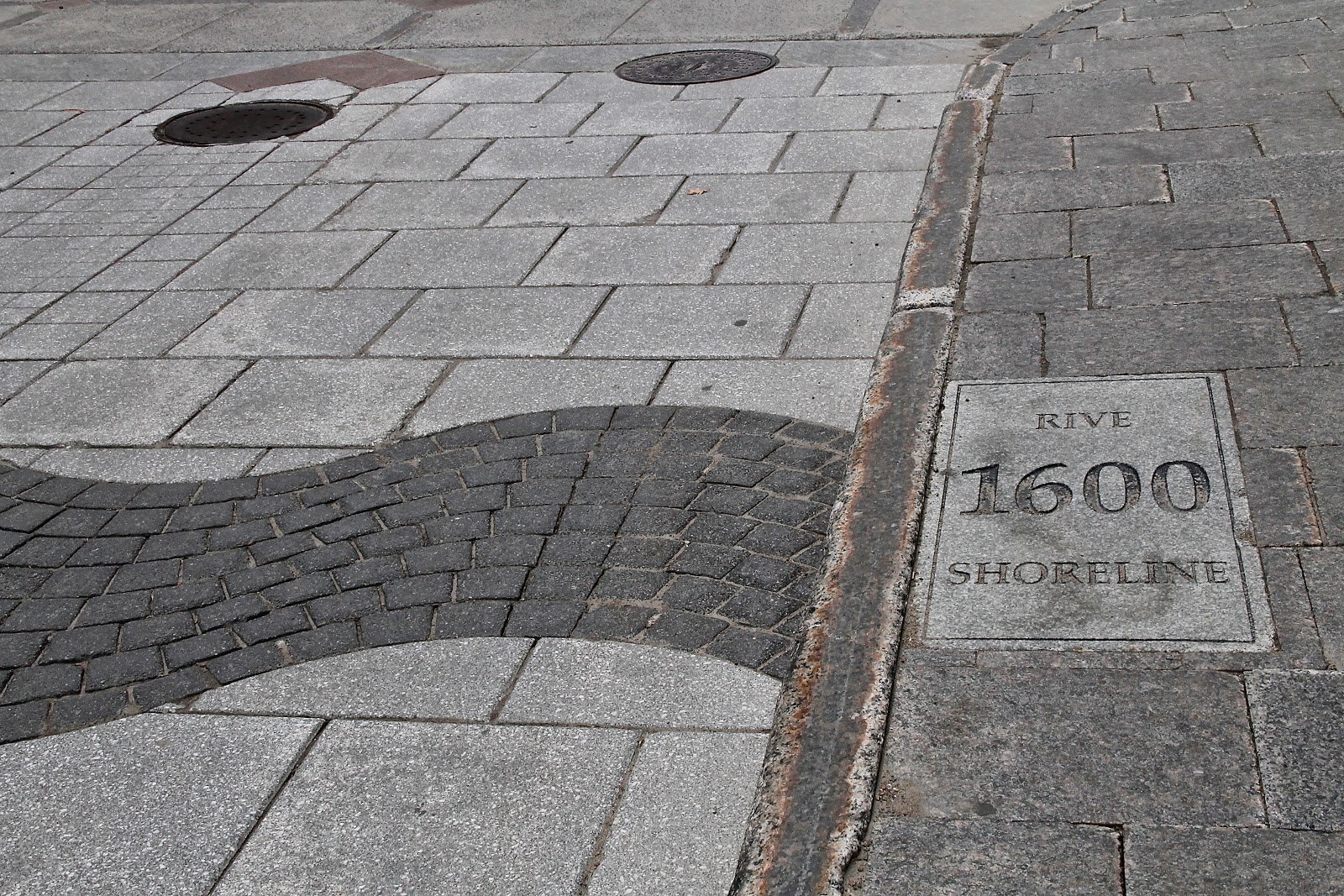 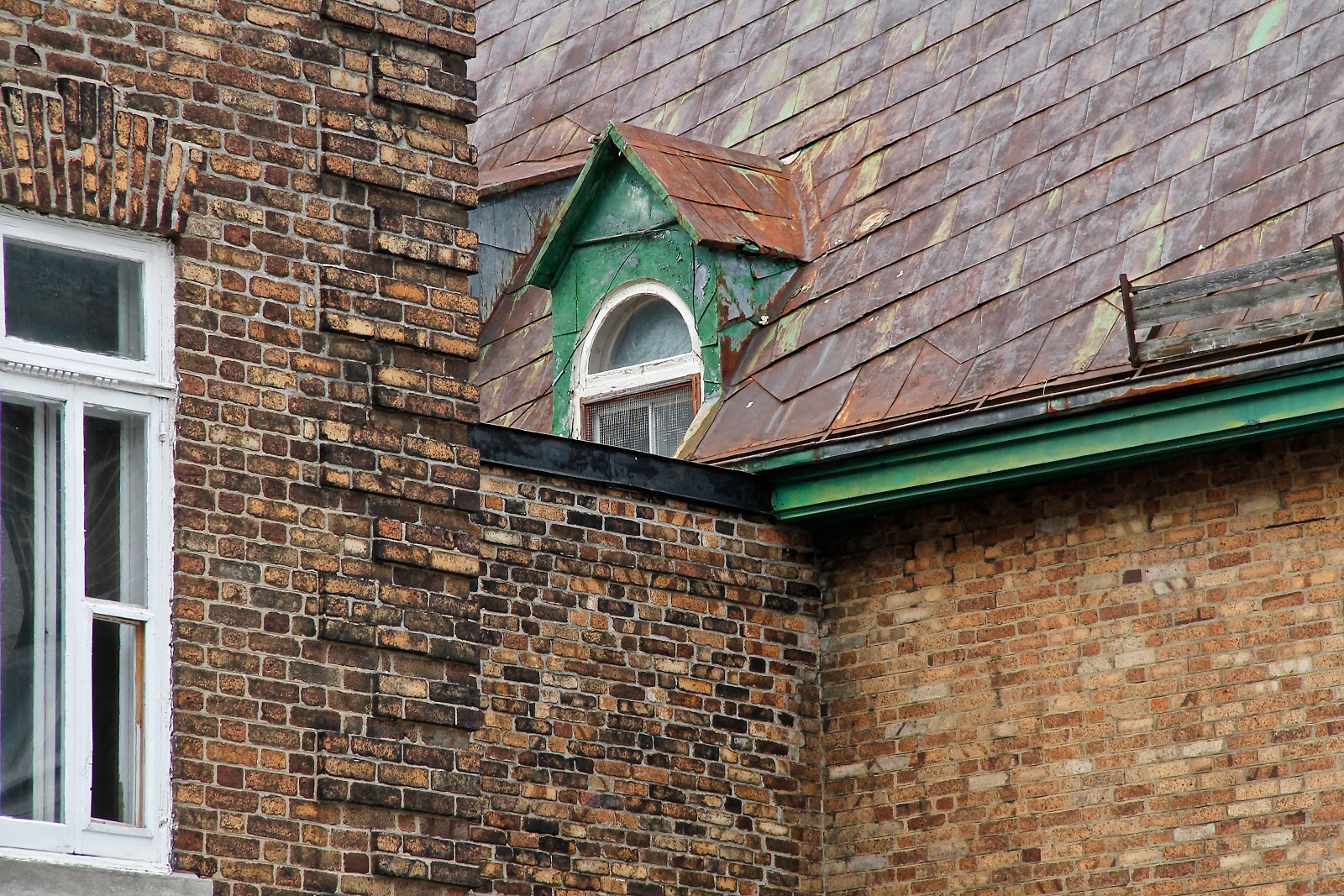 We decided to take Graham on a little adventure, to discover Charlevoix and give him a taste of more rural Quebec, where the north shore of the Saint-Laurent river and the mountains meet. We went to Baie-Saint-Paul and l'Ile-aux-Coudres, and stayed at one of my new favourite hotels, maybe the best one I've been to, La Ferme. Opened by the same people who own the nearby ski hill, the hotel is designed after a barn, mixing modern trends and comfort with some farm-like details. I loved it. If you don't feel like driving, you can take a scenic train from Quebec City directly to the hotel, which has its own little train station. There is a spa, an outdoor fire pit area, and a nearby beach with a photogenic shipwreck. We were looking forward to dining at Les Labours, their well renowned restaurant, which was unfortunately closed on Monday nights at this time of year. The breakfast there the next morning, as much as I wanted to rave about it, was rather unexciting. It was very conventional, lacked imagination, and vegetarian options. Maybe it's just that breakfast/brunch is such a big thing in the Pacific Northwest. I don't know. I don't have much to recommend as far as food goes from our escape; between the off-season/middle of the week visit and the strong meat culture, my favourite meal was the one my dad cooked at home when we got back. The scenery and peacefulness though, was perfect. Absolutely worth a visit. 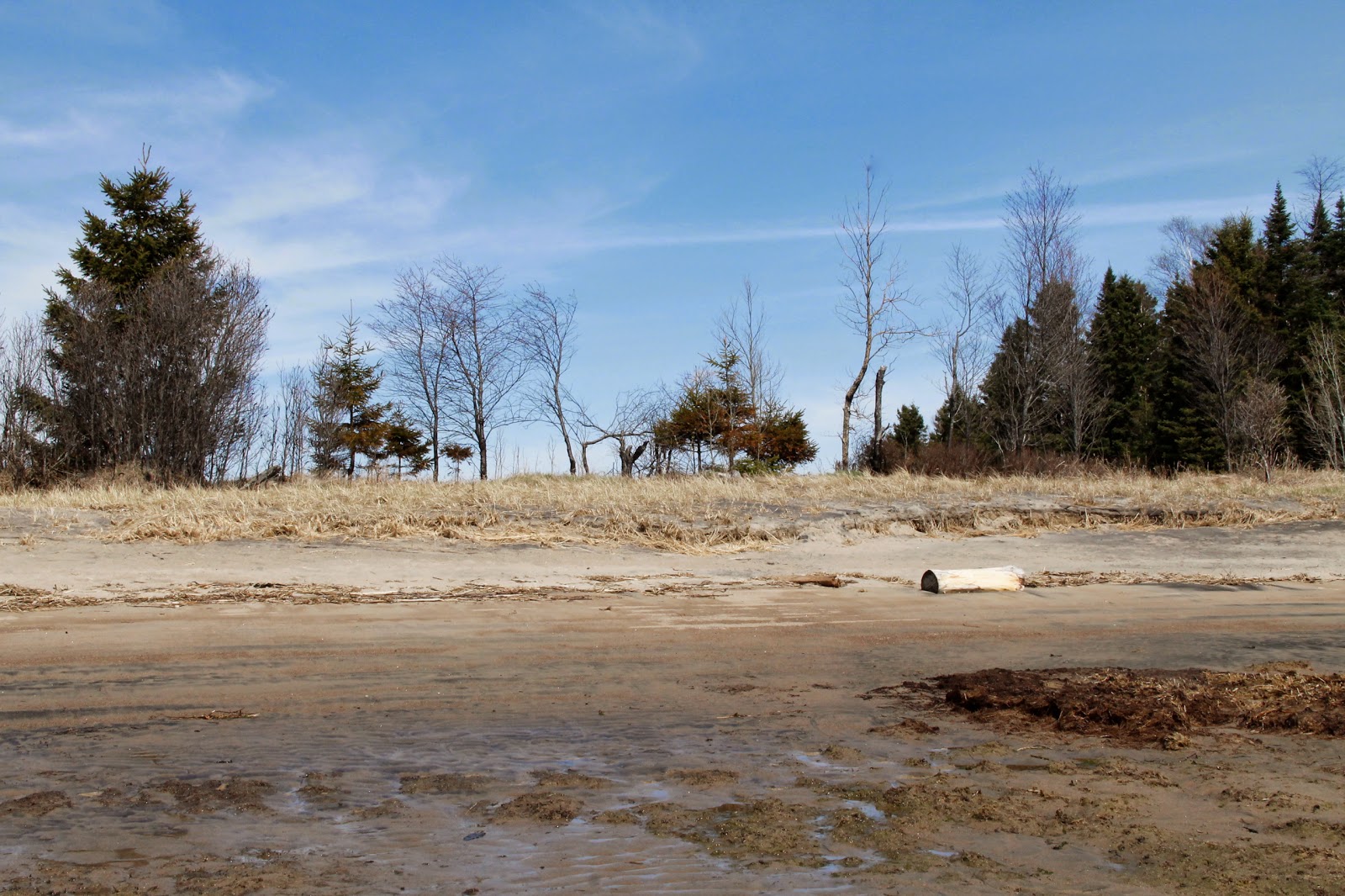 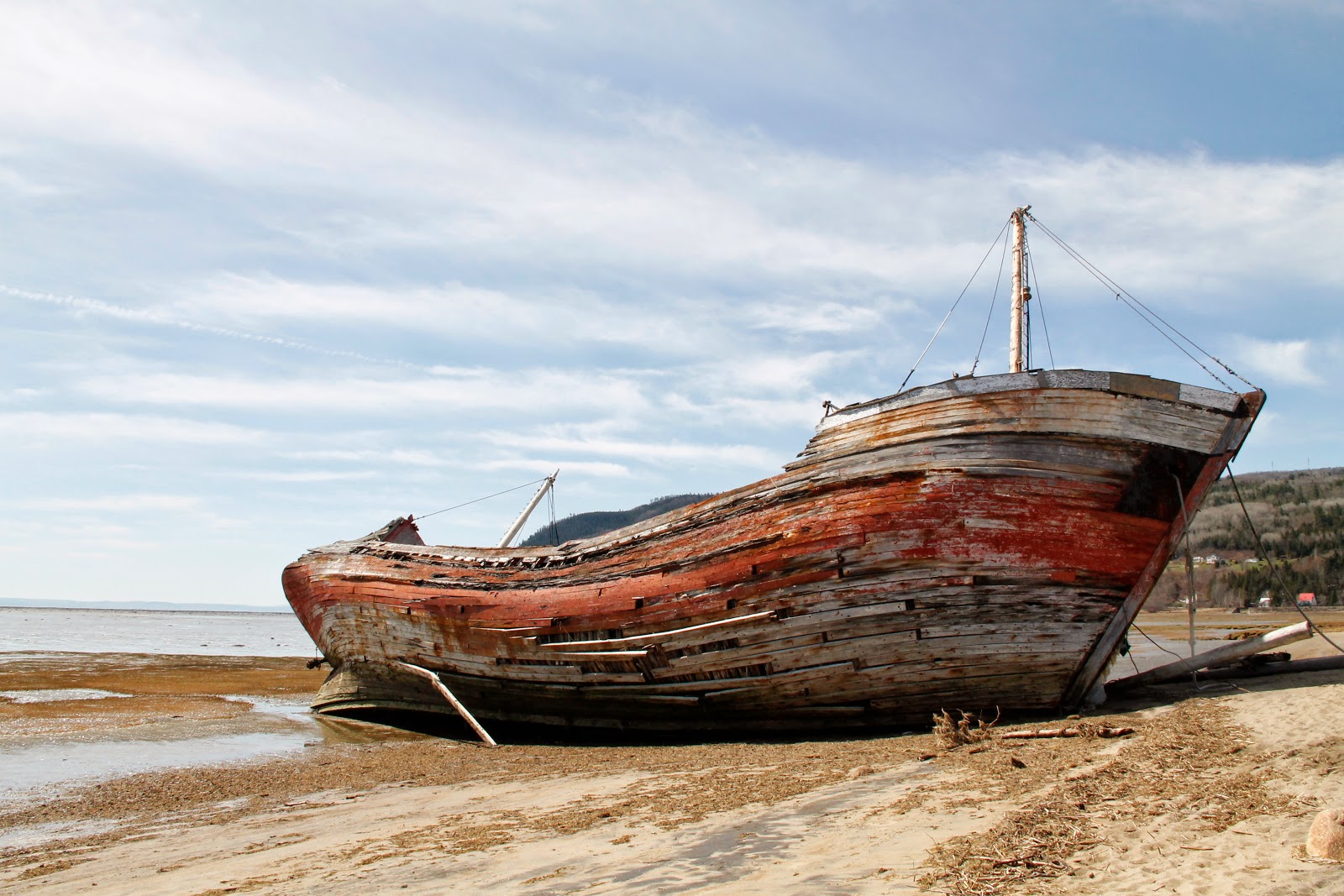 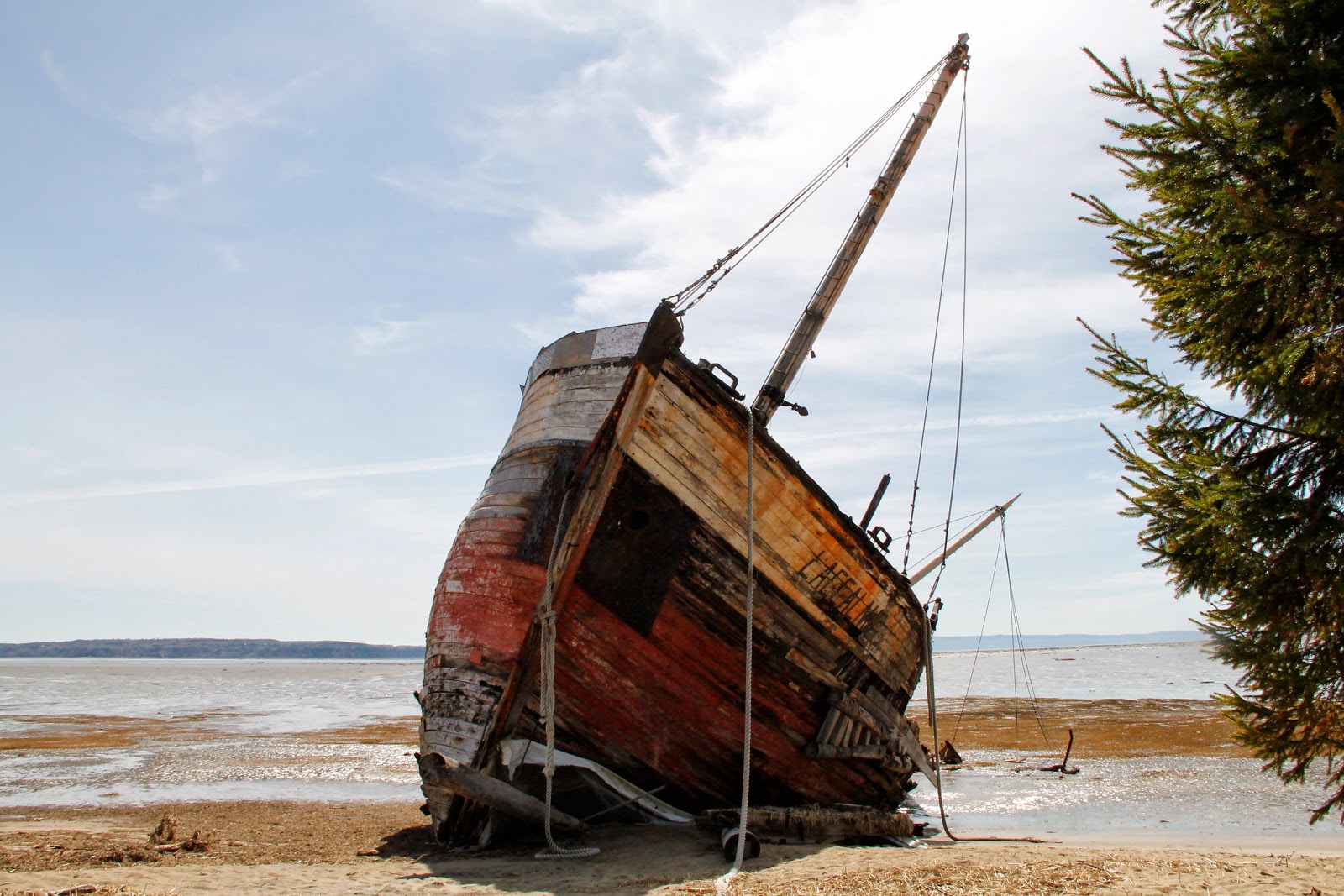 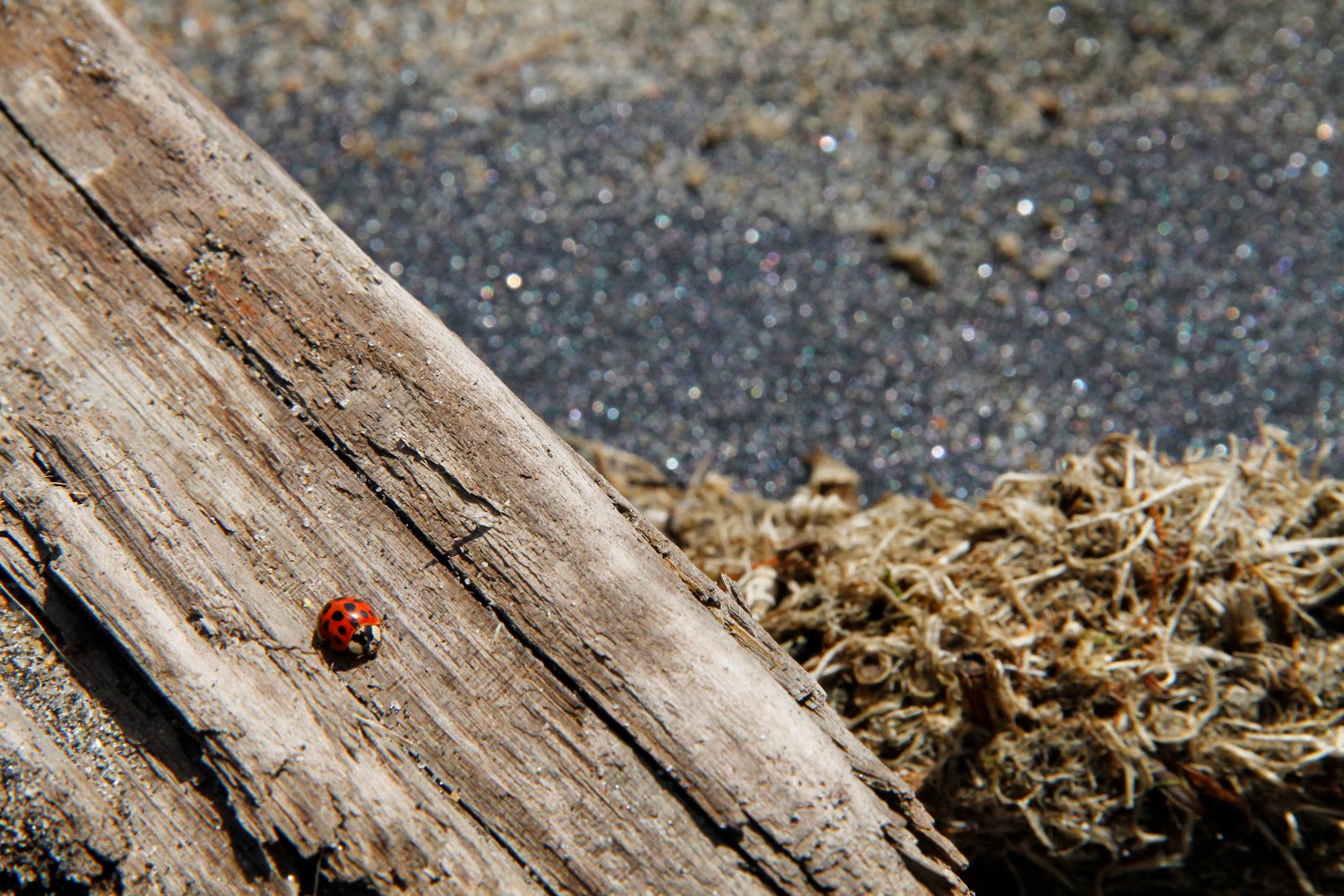 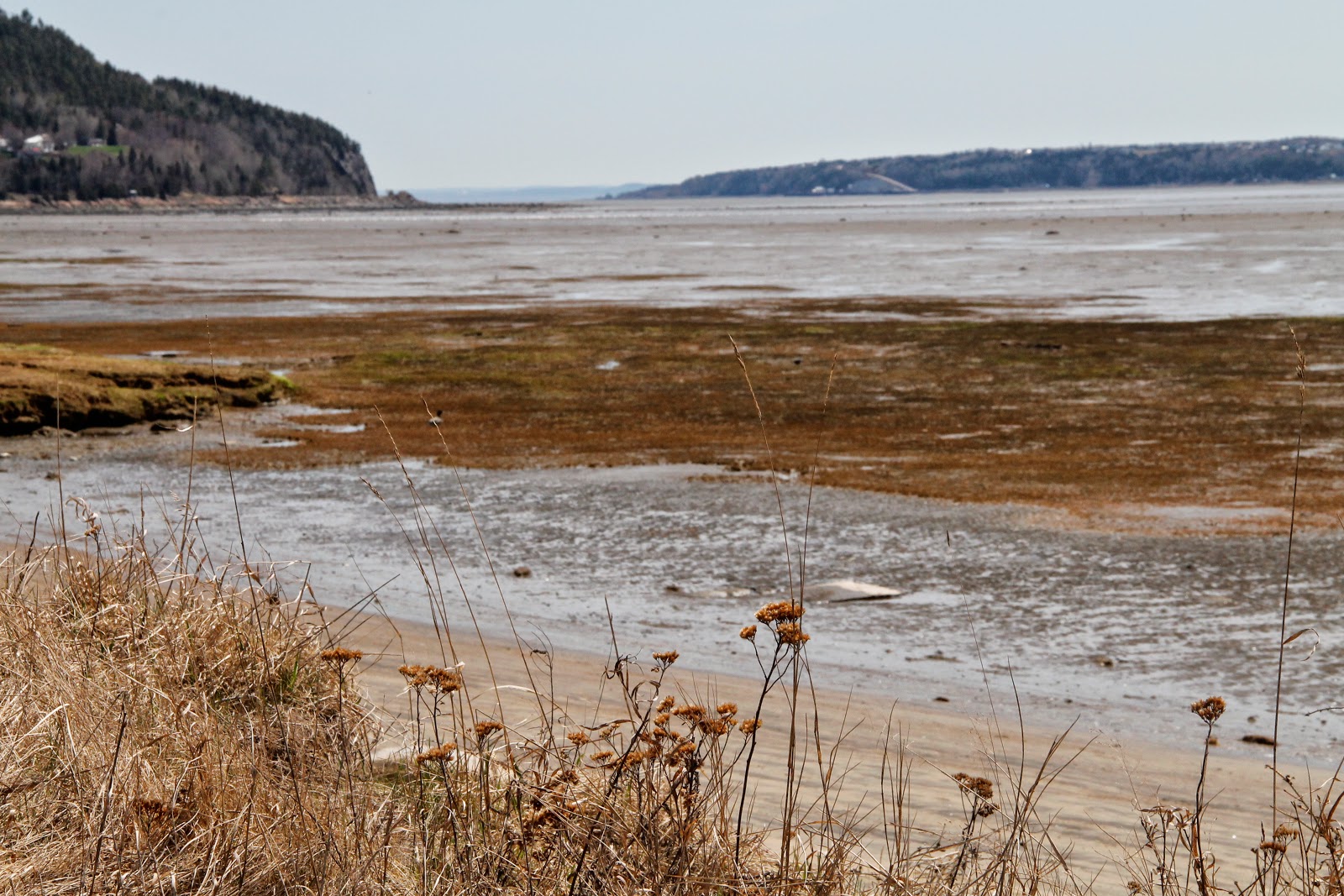 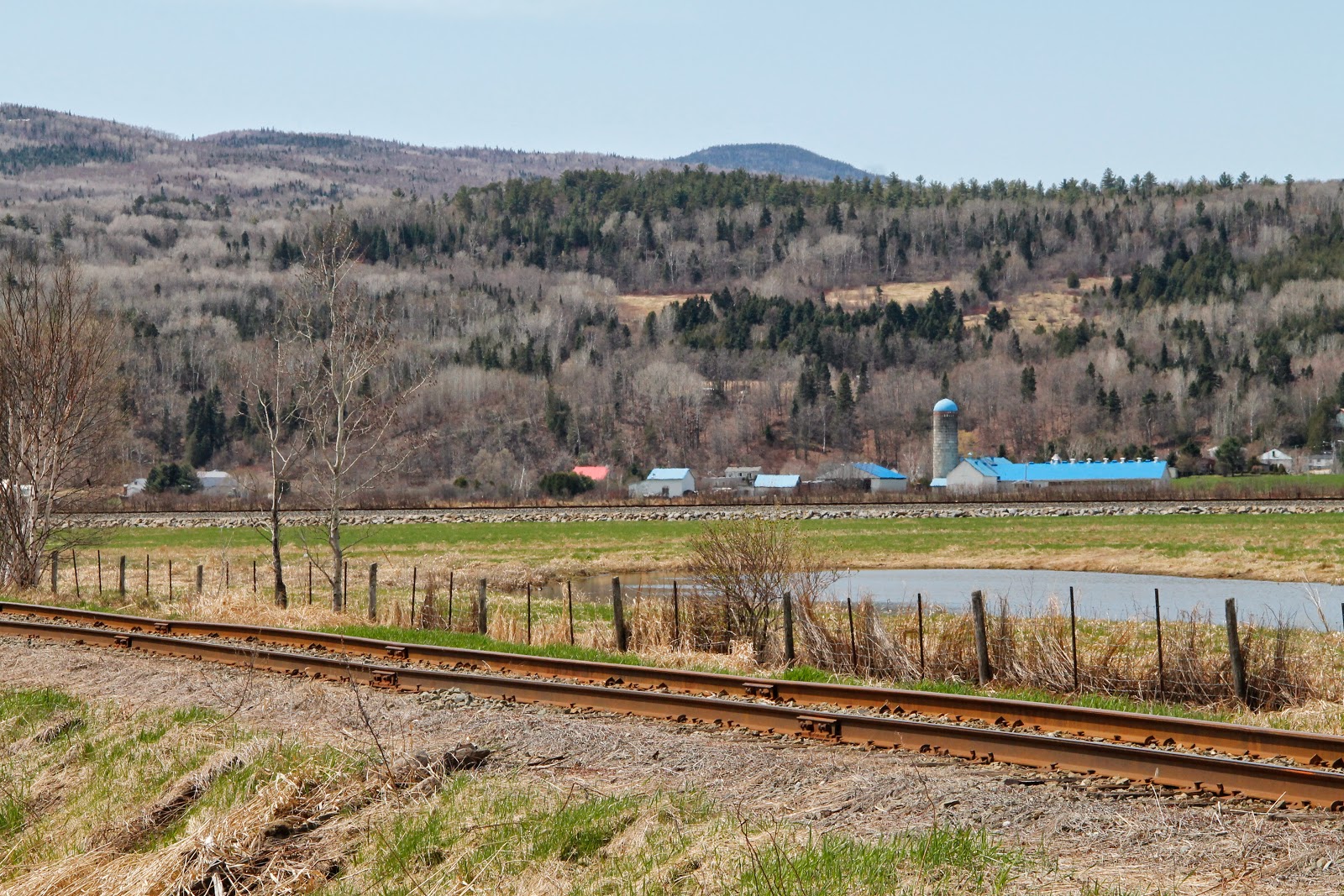 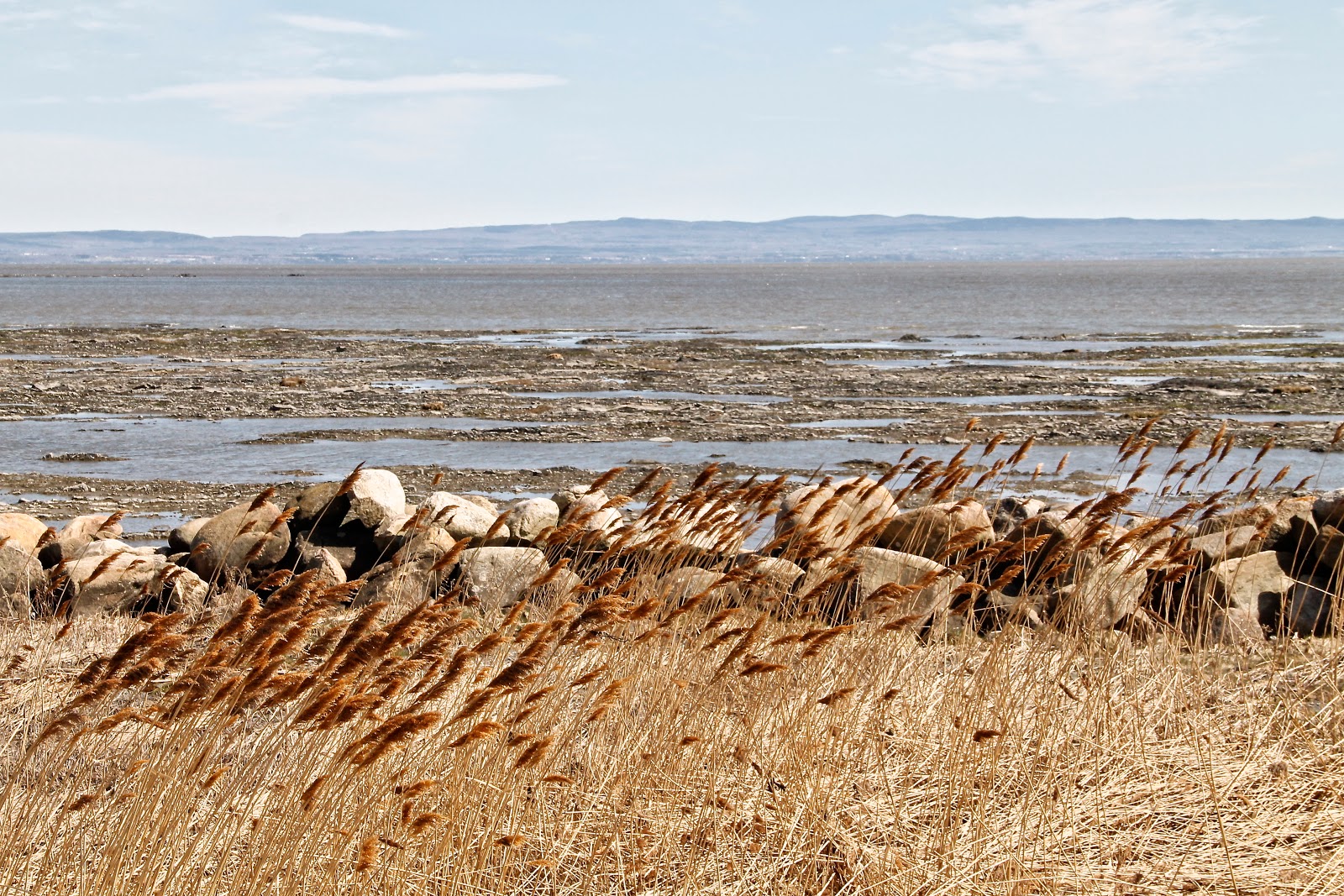 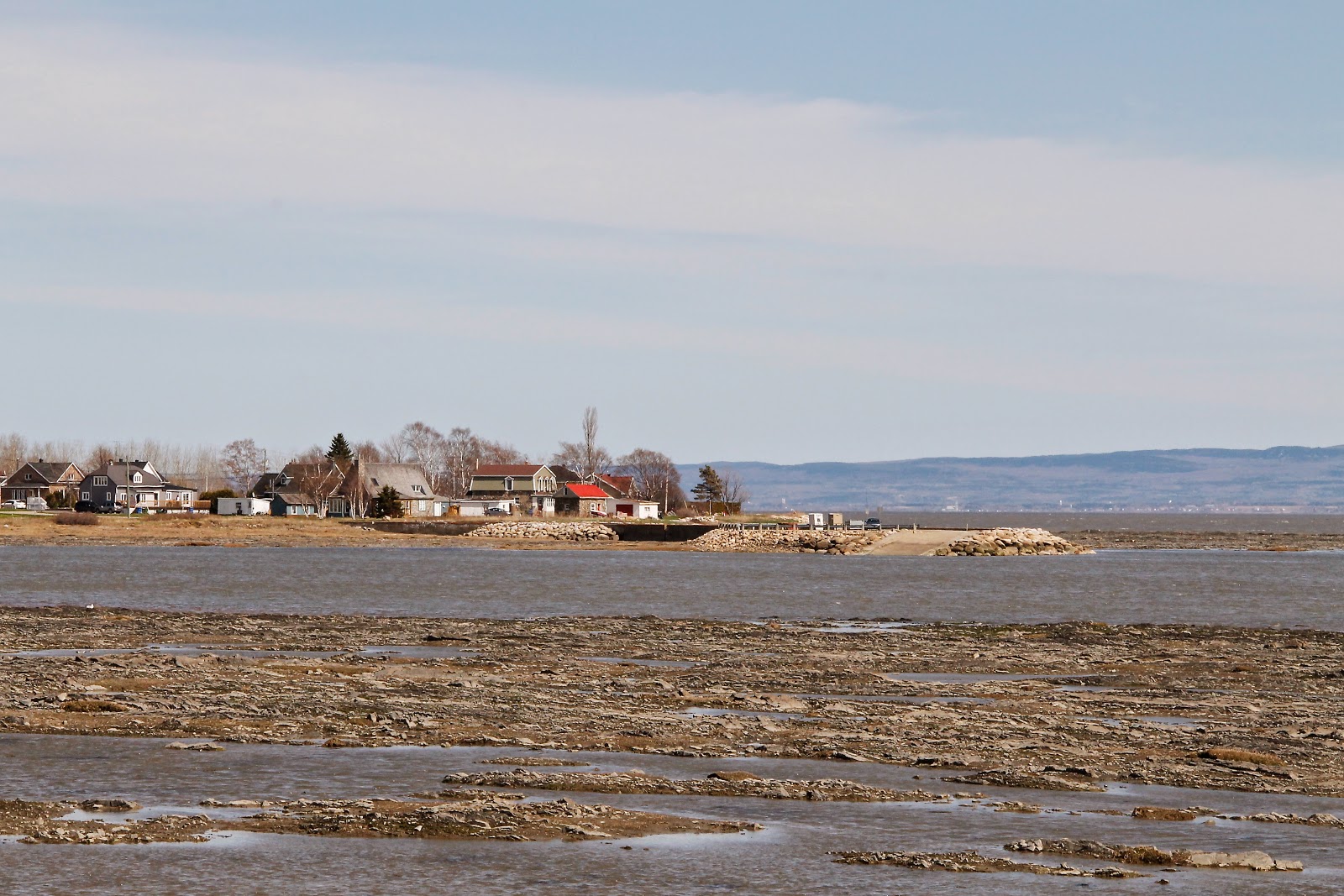