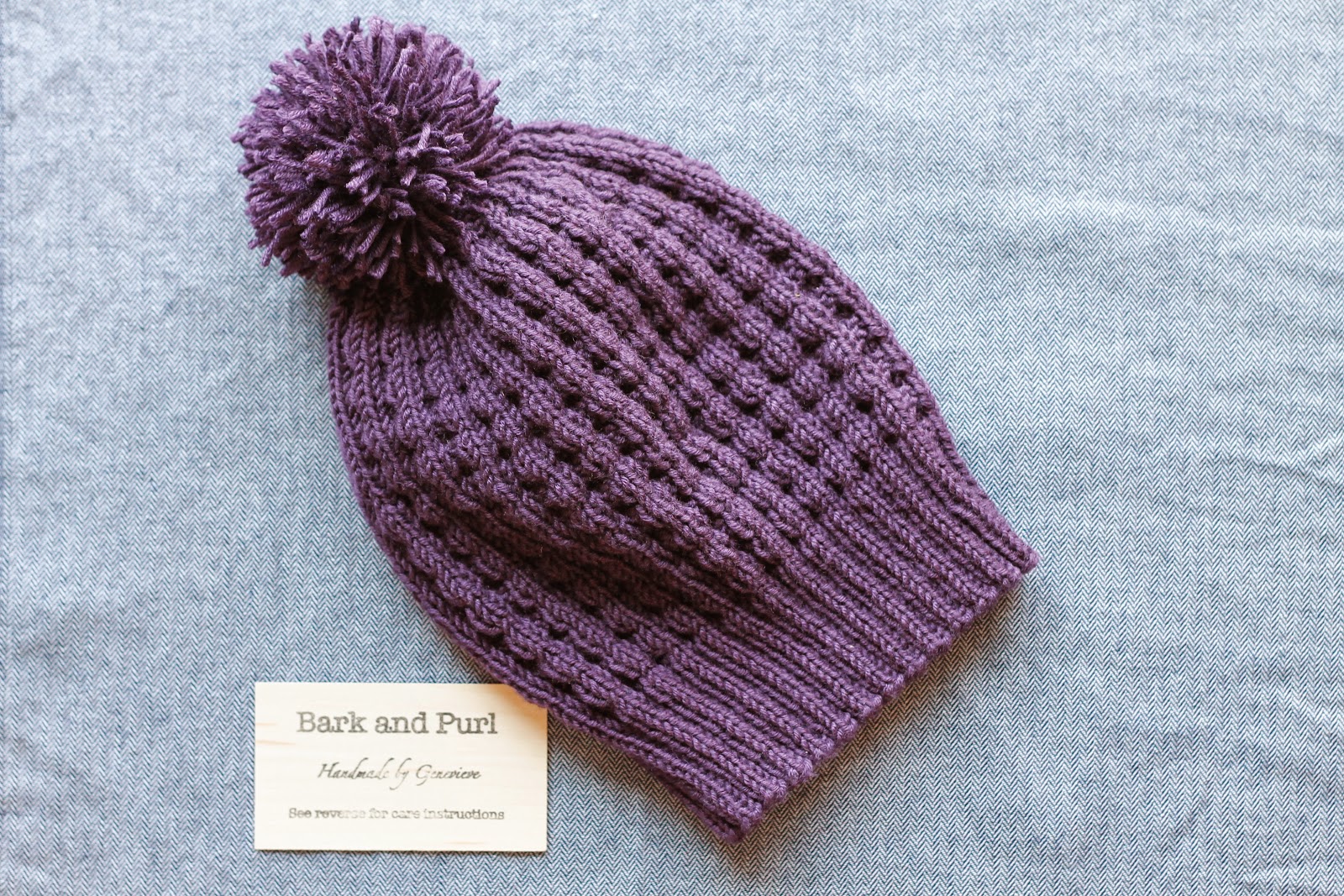 Earlier this month, I was lucky enough to go celebrate two special friends' birthdays in an amazing city. True enough, New Orleans was one of the most ridiculous places to bring a wool hat (and mittens) in August... but both of them get their fair share of winter every year and... well it's not my fault their birthdays are in the summer.

When I was just starting to knit, I made my friend Léonie a pair of purple mittens. They weren't my best work, but I didn't know any better, and they were made with love. I considered making her a replacement pair, but then I stumbled upon this lovely 50% wool 50% bamboo yarn, in a deep purple, so soft, perfect for a hat. Unfortunately, Wool Bam Boo has been discontinued, and I'm very sad. I was able to snag a few skeins, and there definitely will be a few more hats in the near future. 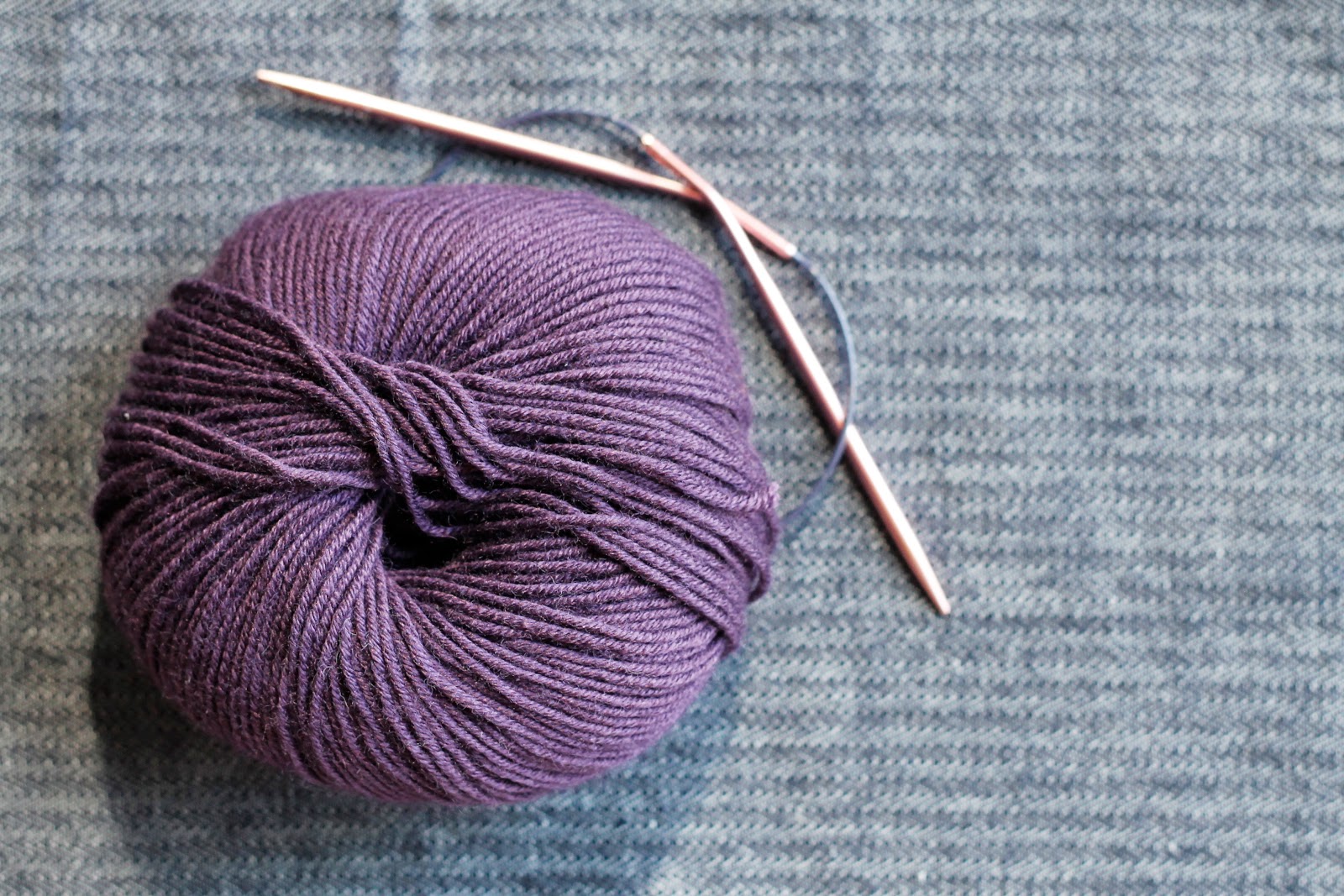 Léonie and I met when I moved to Ottawa for grad school, even though we both are from Québec city. She instantly became a really close friend, soon roommate, and we spent countless evenings drinking Molson Ex, ordering pepperoni pizza and garlic dip, and watching movies. Those were the good student days. She is smart, funny, loyal, generous and gorgeous. You can always count on her, either to be totally partial to you when you need it, or to tell you honestly to go get changed because that outfit does not work. I miss her terribly, even more after such a great long weekend together (more on that later).

So for her birthday, I chose to make her a waffle hat using this pattern, and added a big pompom, because pompoms are awesome. I followed the pattern to the T, and it was perfect. I love the stitch definition the yarn gives, and the rich colour. 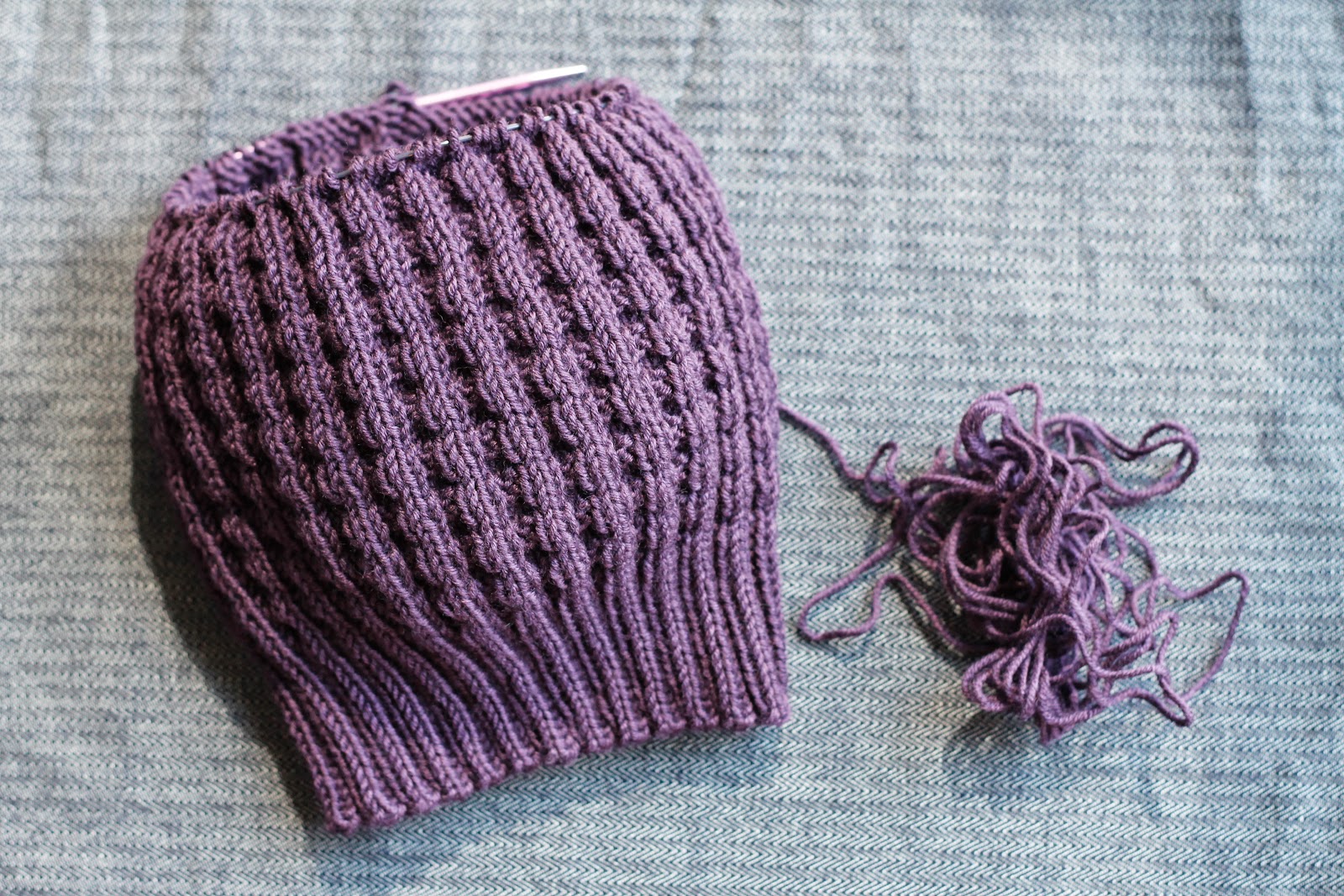 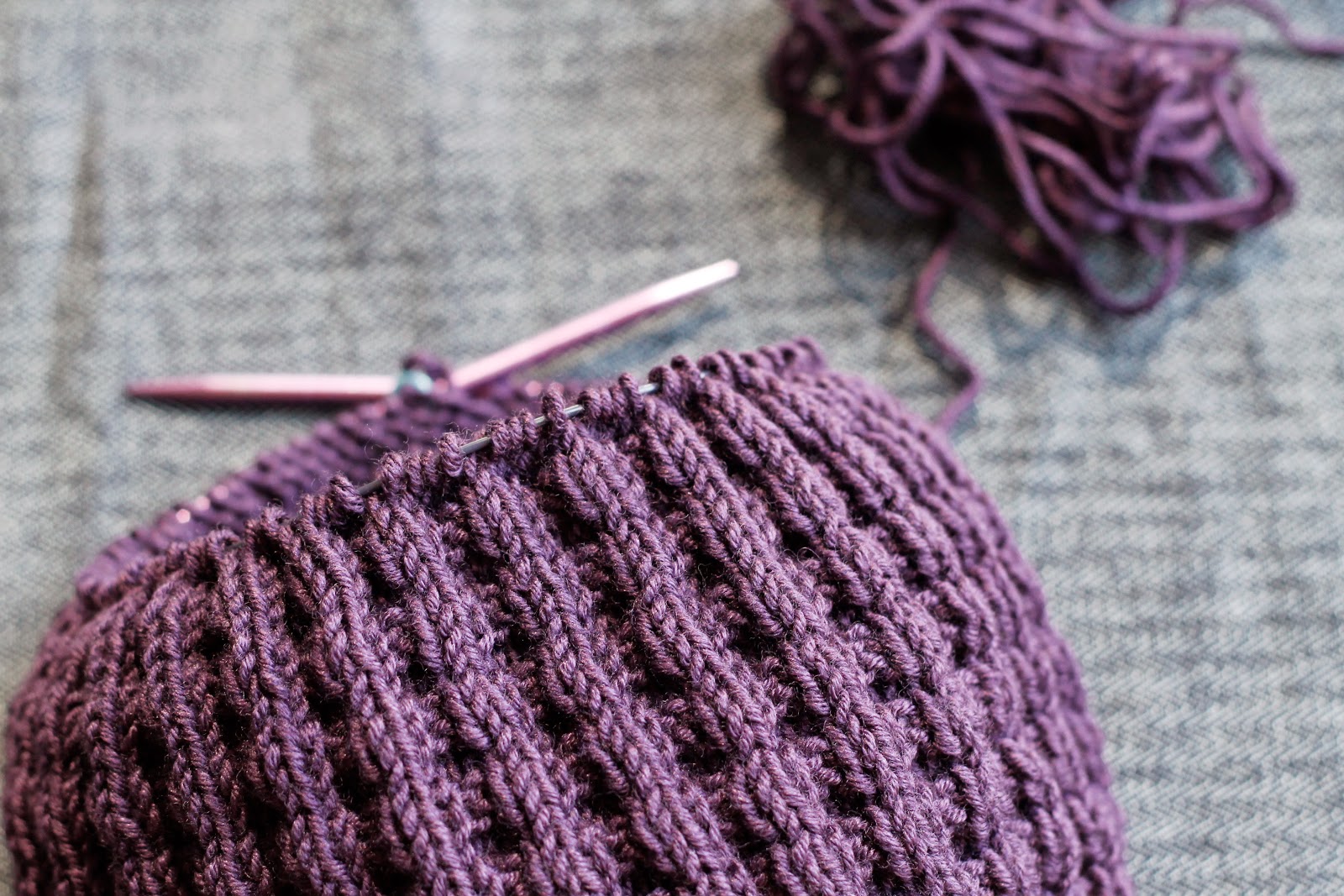 The yarn was so soft, I was worried that my usual pompom technique wouldn't work very well. And maybe I've been doing it wrong, but I just find there is way too much trimming to do afterwards. So I decided to follow this tutorial instead, and made myself some pompom makers out of light cardboard. I used a sturdier yarn to join in the middle, and really love the result. I might never go back to my old pompom ways. I really love to say pompom. Pompom. 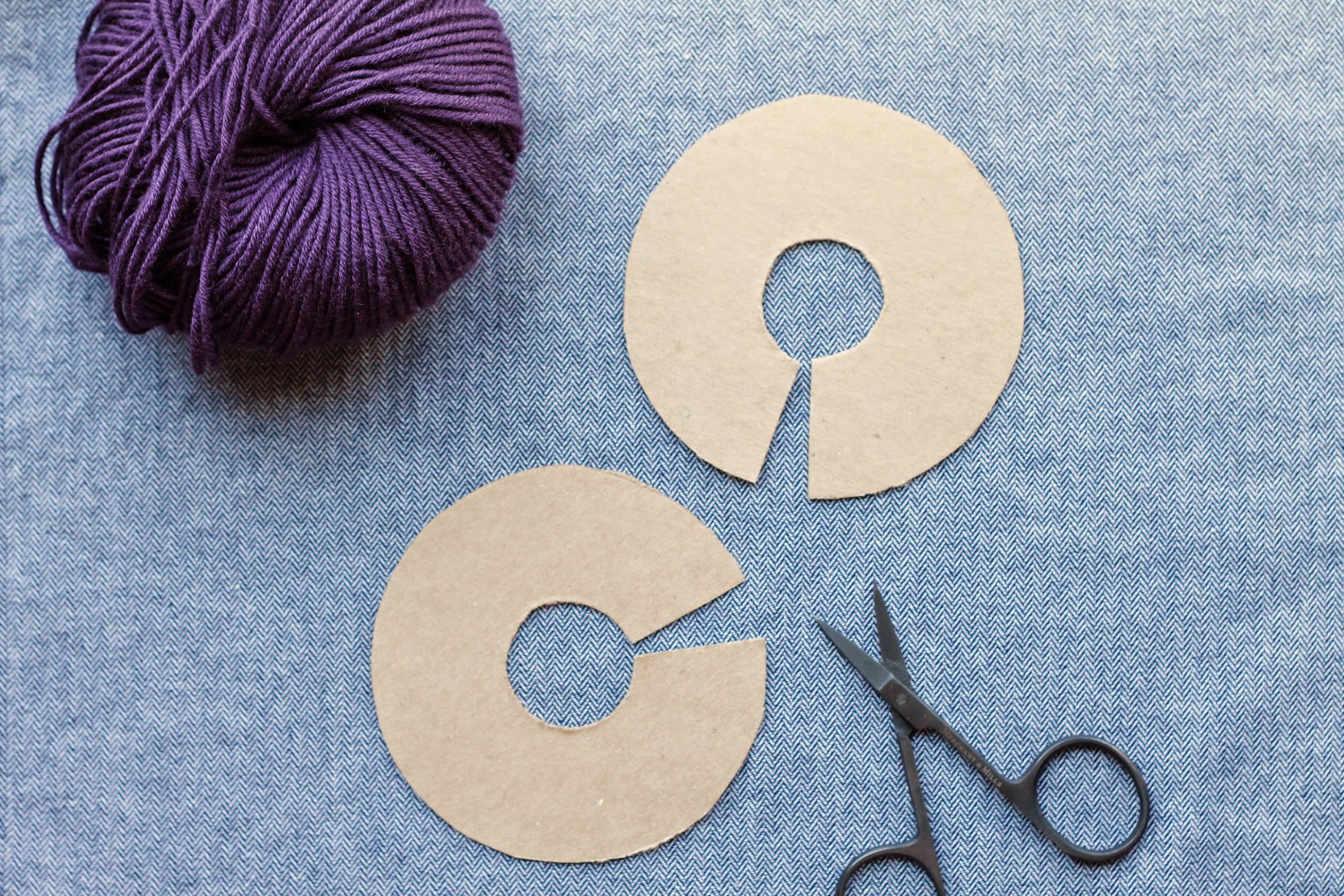 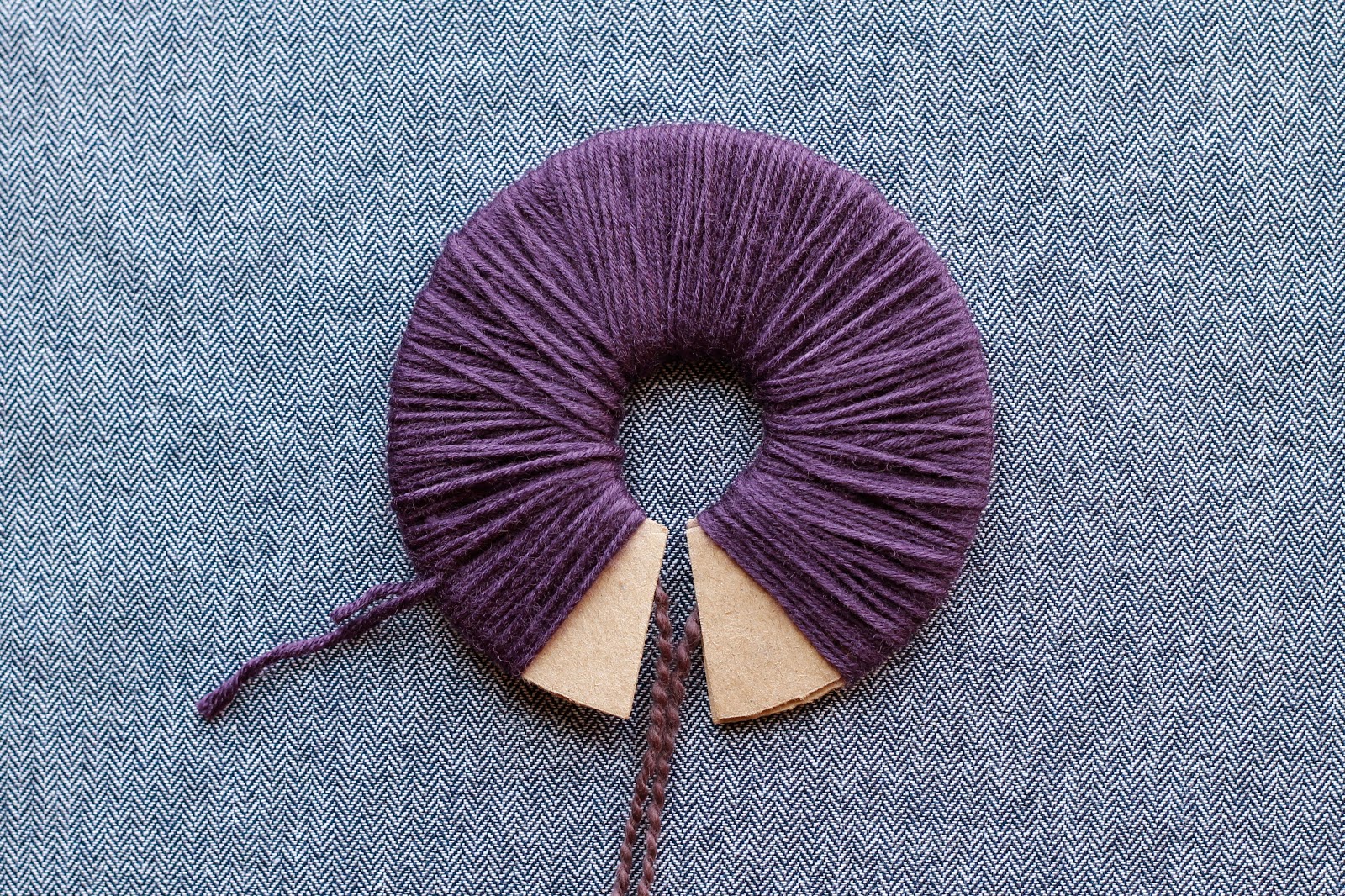 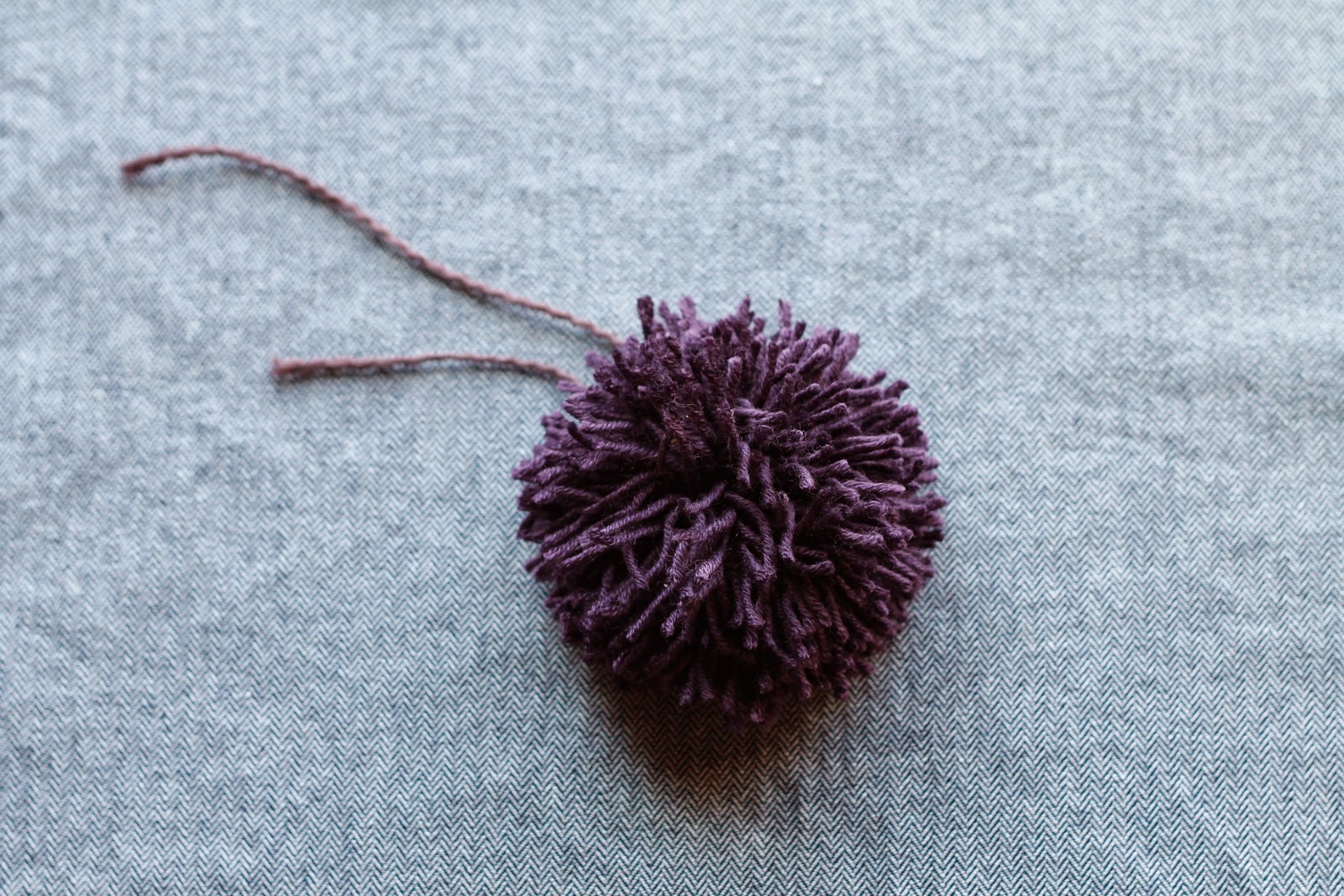 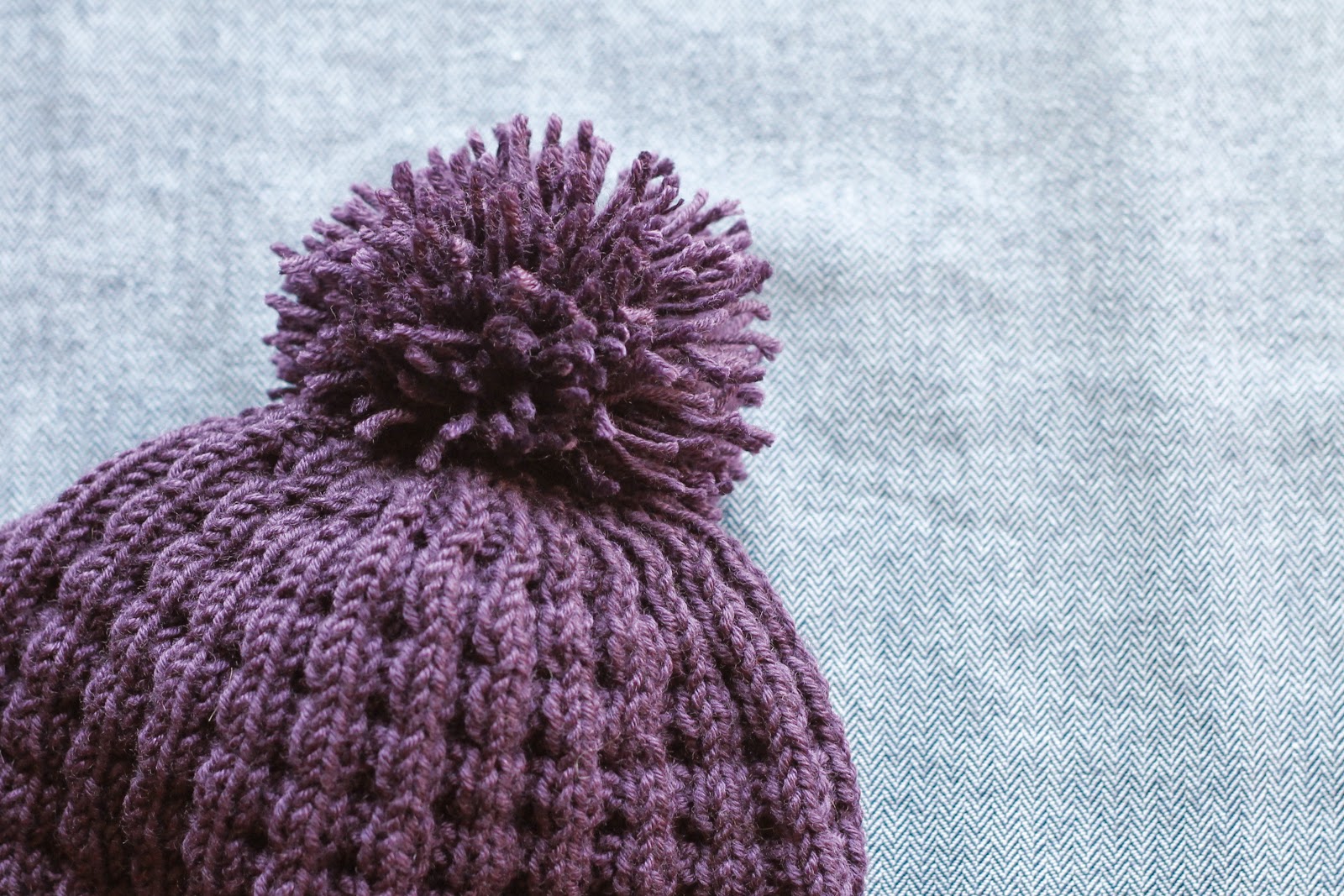