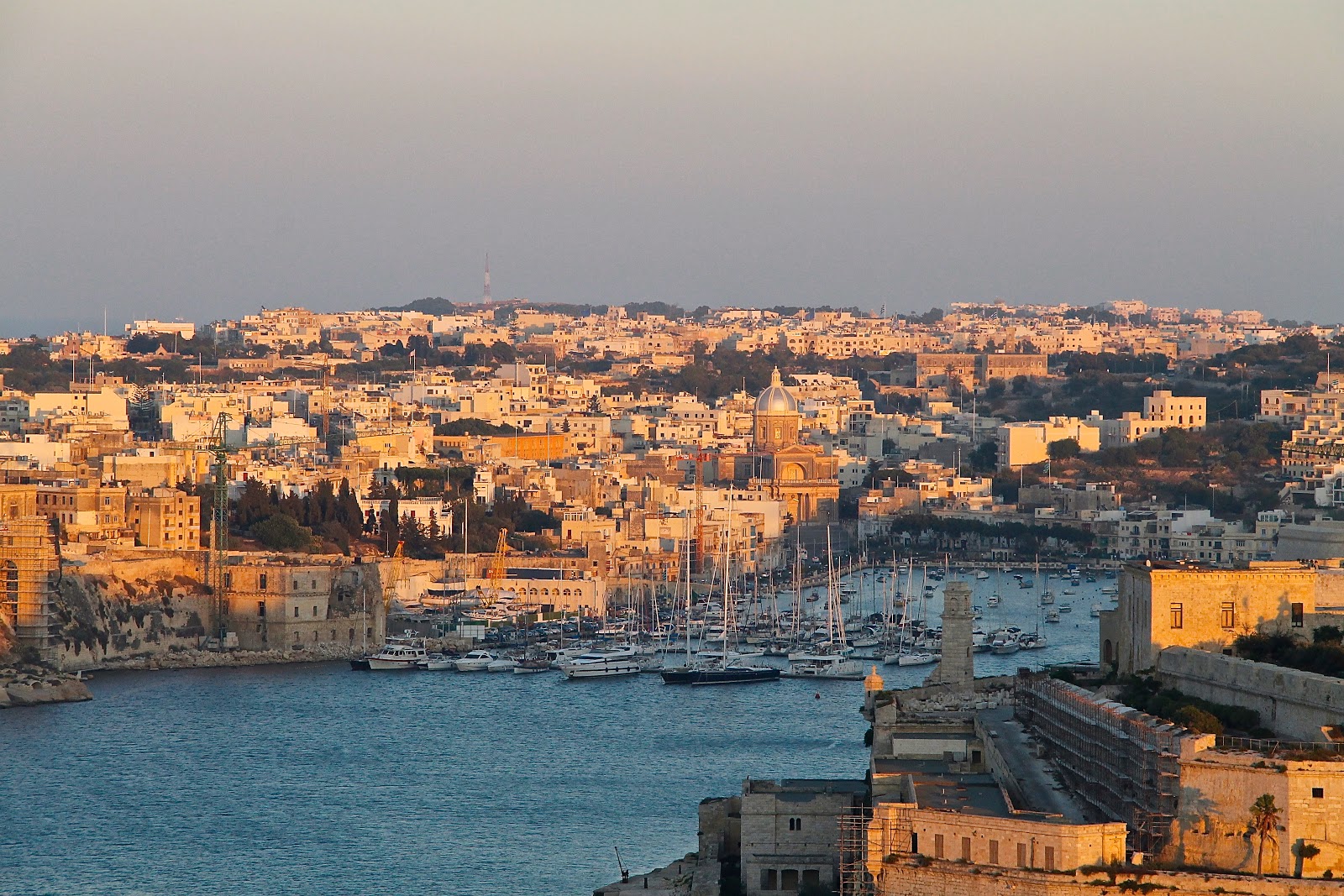 If you follow me here, then you know that I was in Malta recently, and you may have been expecting to see some more pictures and hear some more stories. You may have been disappointed to see nothing of such, and I must apologize. Shortly after getting back, I was struck with the infamous post travel flu, and was pretty much out of commission for a week. Back on my feet, I have been left with the daunting task of sorting through all the pictures from the trip, and trying to refrain from sharing too many. Not an easy task.

You may be wondering, why Malta? Let me back track a little first. A few years ago, I was planning a short trip to Iceland on my way to Paris. I was researching and planning my trip while visiting my parents, and my dad expressed some jealousy, while nonchalantly asking details such as the exact dates of my trip. A week later, he was calling me and asking if I would be terribly upset if they joined me there. Obviously, I didn't mind, and we had a great time. When they told me that they were planning a trip to Malta, I immediately thought that it would be the perfect occasion to return the favour, and after my schedule happened to clear, I invited myself. Obviously, they didn't mind... right?

I have to admit, the Republic of Malta had not made it onto my list of travel dreams, but it probably should have. It is an archipelago situated south of Sicily, comprised of 3 inhabited islands, although one of them only has 4 permanent residents. It is one of the smallest and more densely populated country in the world. The largest island, Malta, is home to Europe's smallest capital, Valletta, a mere 0.8km square of dense charming buildings. Malta is a major beach destination in Europe, despite its few beaches, most likely due to the summers lasting about 6 months of the year, and the fact that it is the sunniest of the European countries. Water poses a major problem in Malta, since it generally only rains in the winter. Because of its geographic location, with close European and African neighbouring countries, its history and influences are particularly interesting, making it much more than a sunny destination. Unfortunately, I did not run into Brad and Angelina, who were filming a movie there, and I missed Princess Kate's visit by about two weeks.

Sightseeing
We spent 4 days exploring the island of Malta, with a home base in Valletta. Afterwards we headed to Gozo to finish the week, but more on that later. 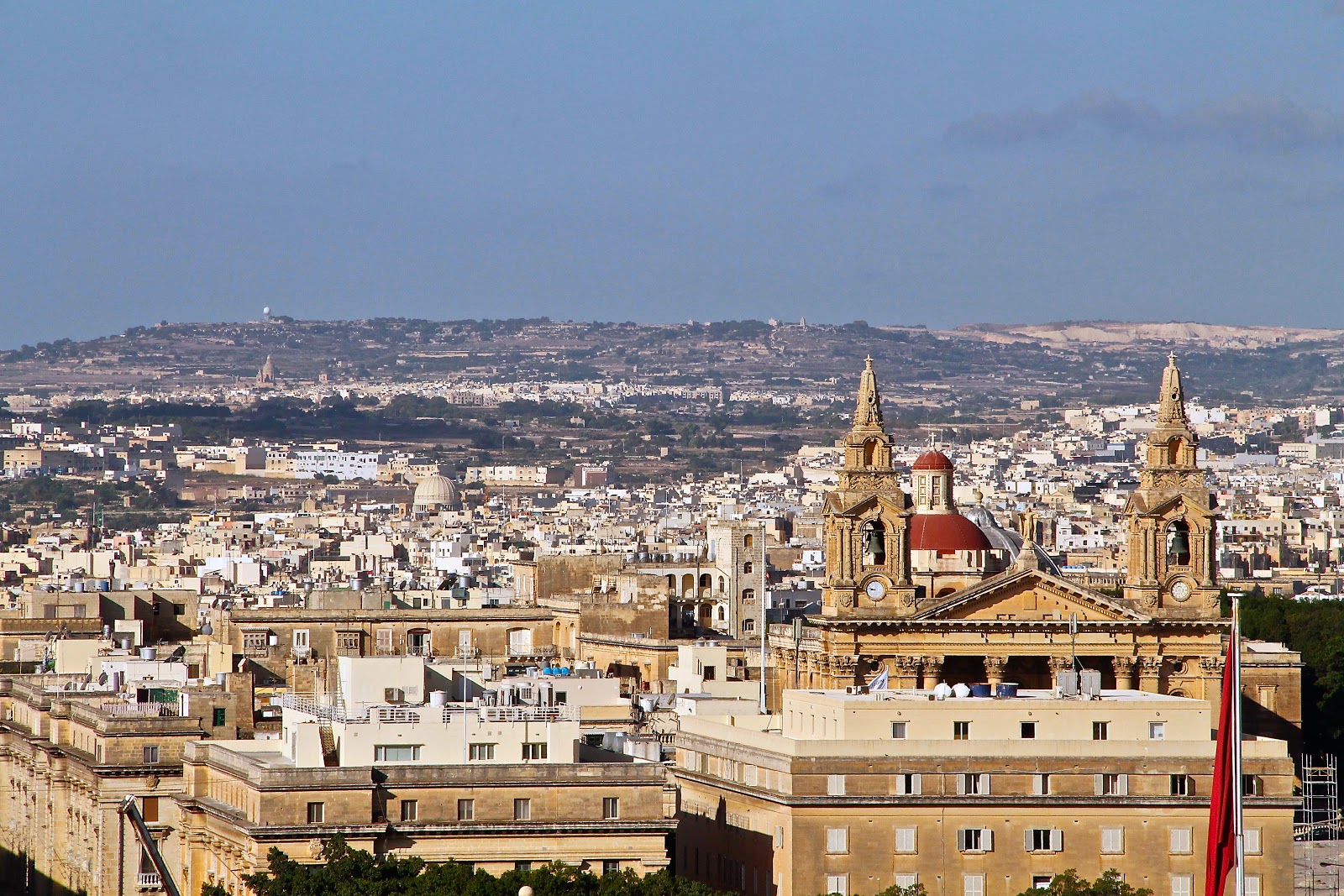 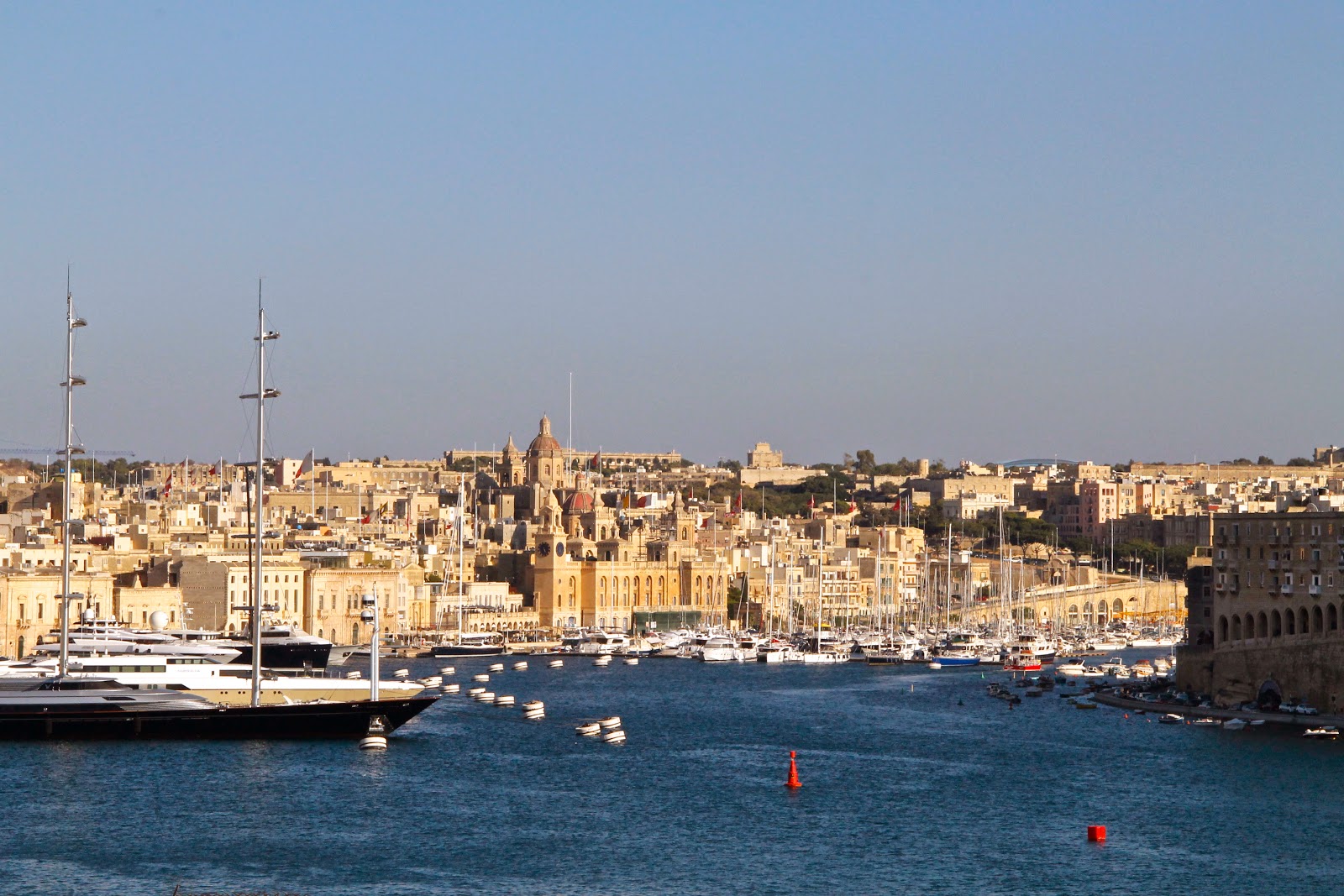 Valletta
Valletta is a dense historical capital, mostly baroque in style, with buildings dating from the 16th century. It is set in between two harbours, with many hills and parks allowing for lovely views. It is truly a charming city, and I was won over by the Maltese balconies, which are wooden, enclosed and colourful, a lovely contrast to the predominantly limestone construction. In a quest to find the perfect angle to capture the balconies, I took about a thousand pictures. We spent a few hours exploring the streets, initially following a walking tour found in our guide book and later just wandering down the streets, up to the park, down to the water. 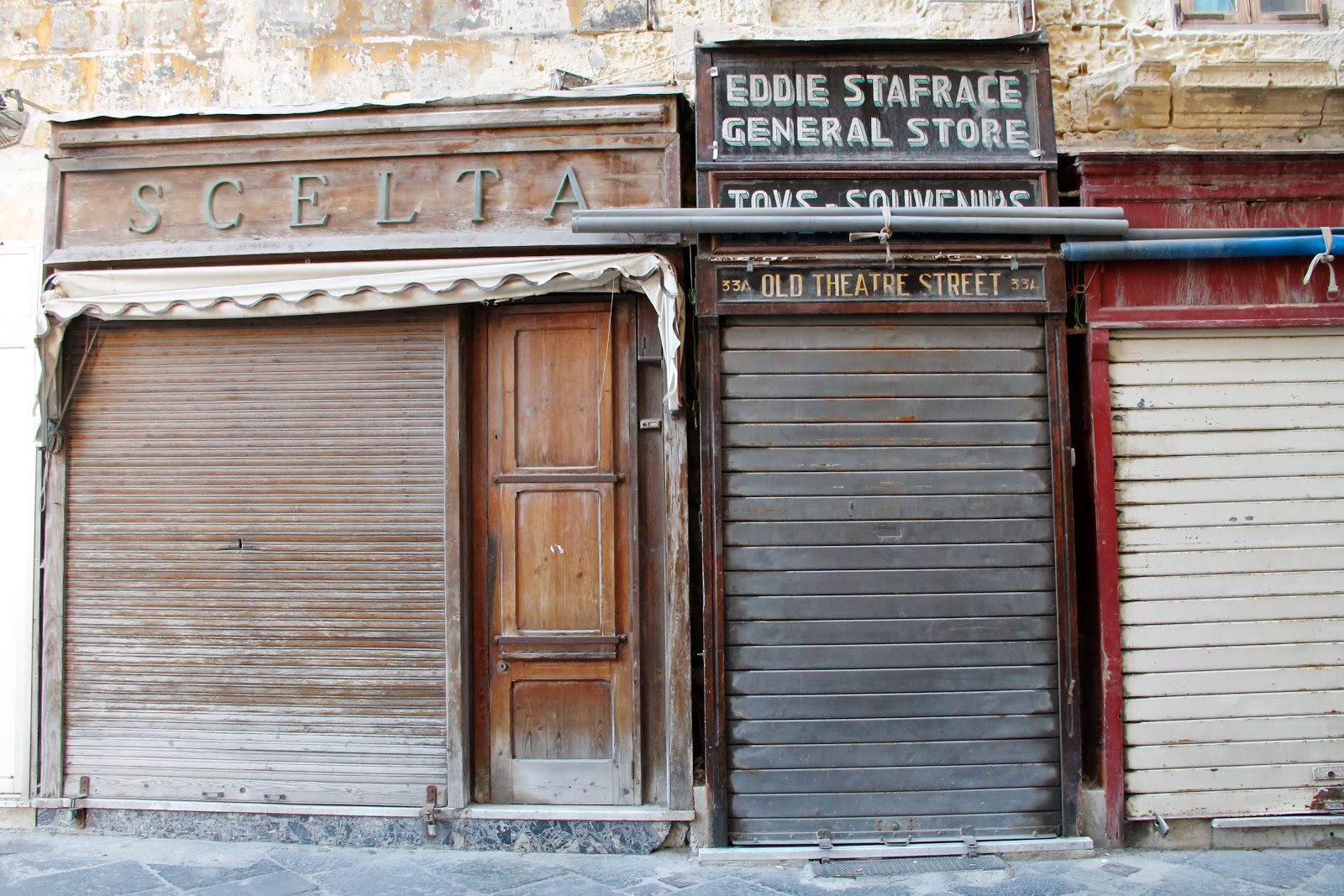 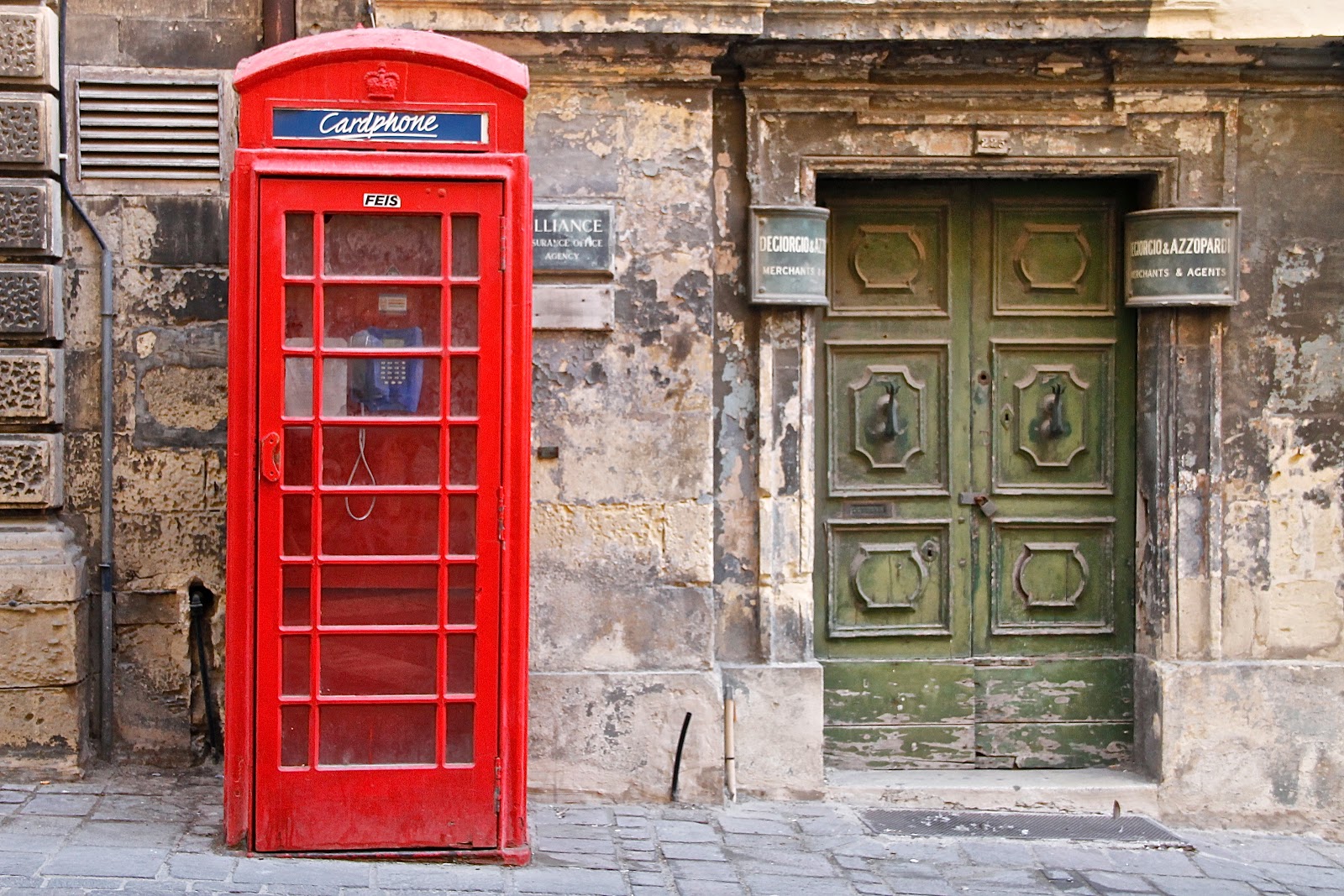 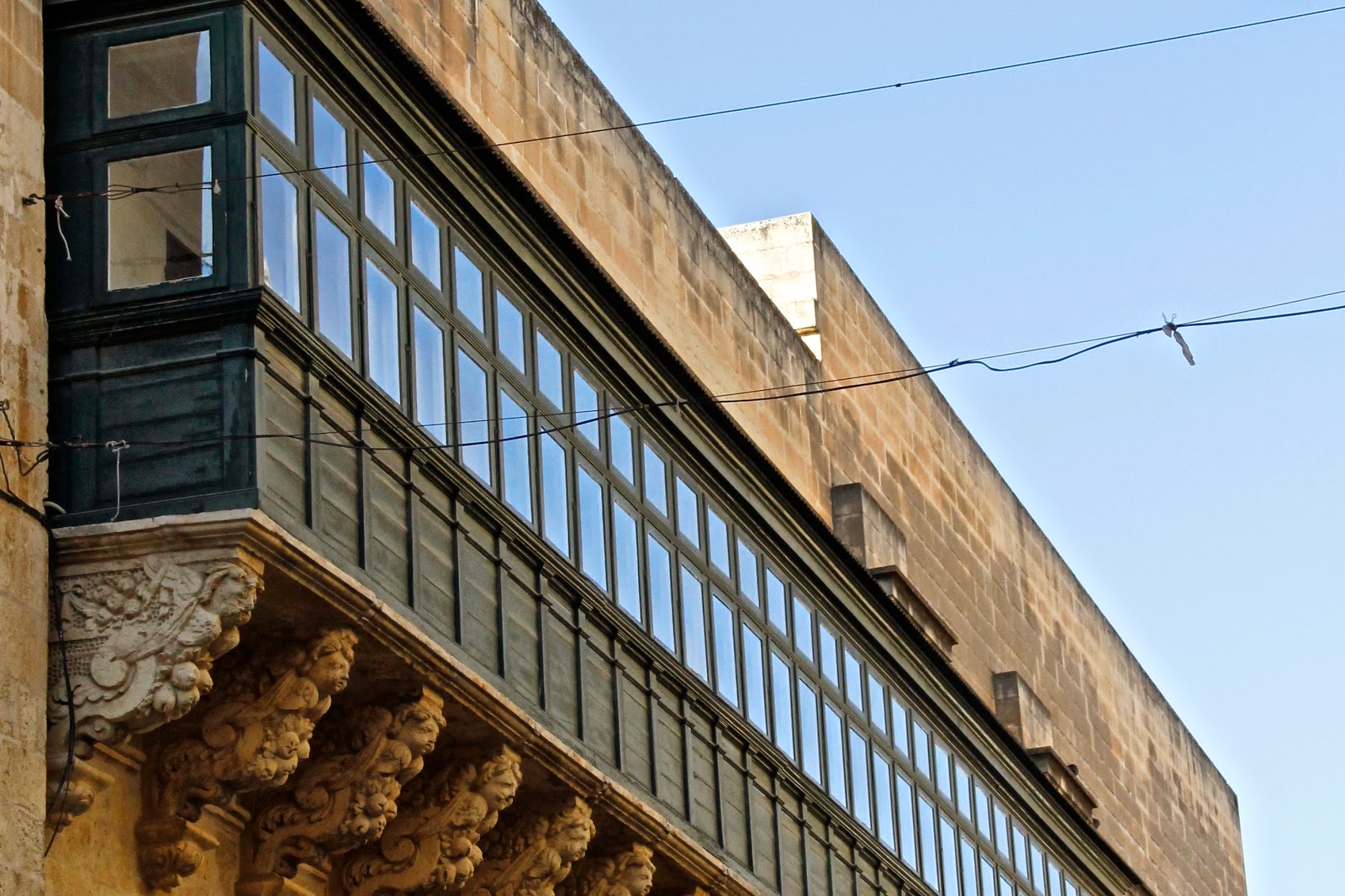 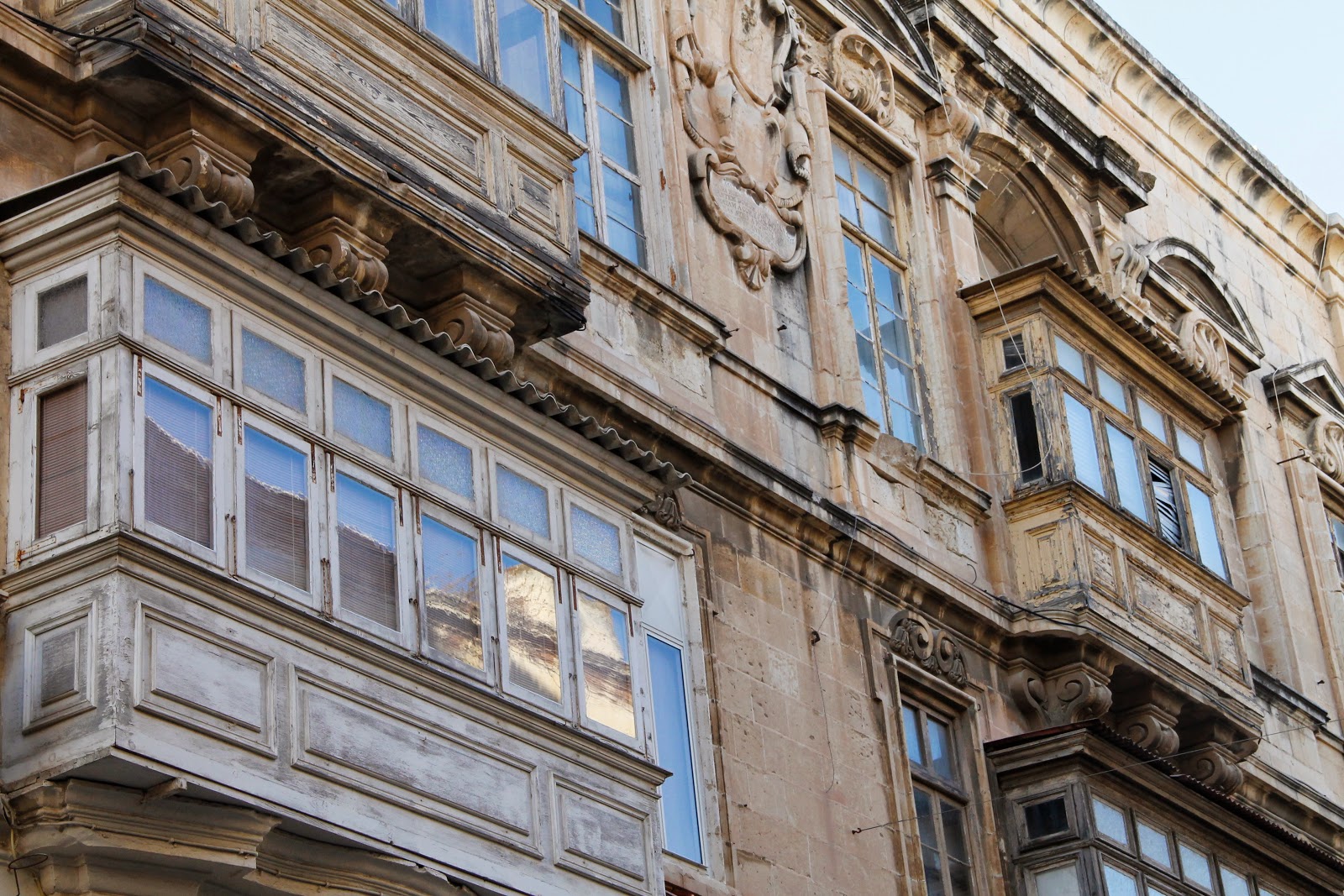 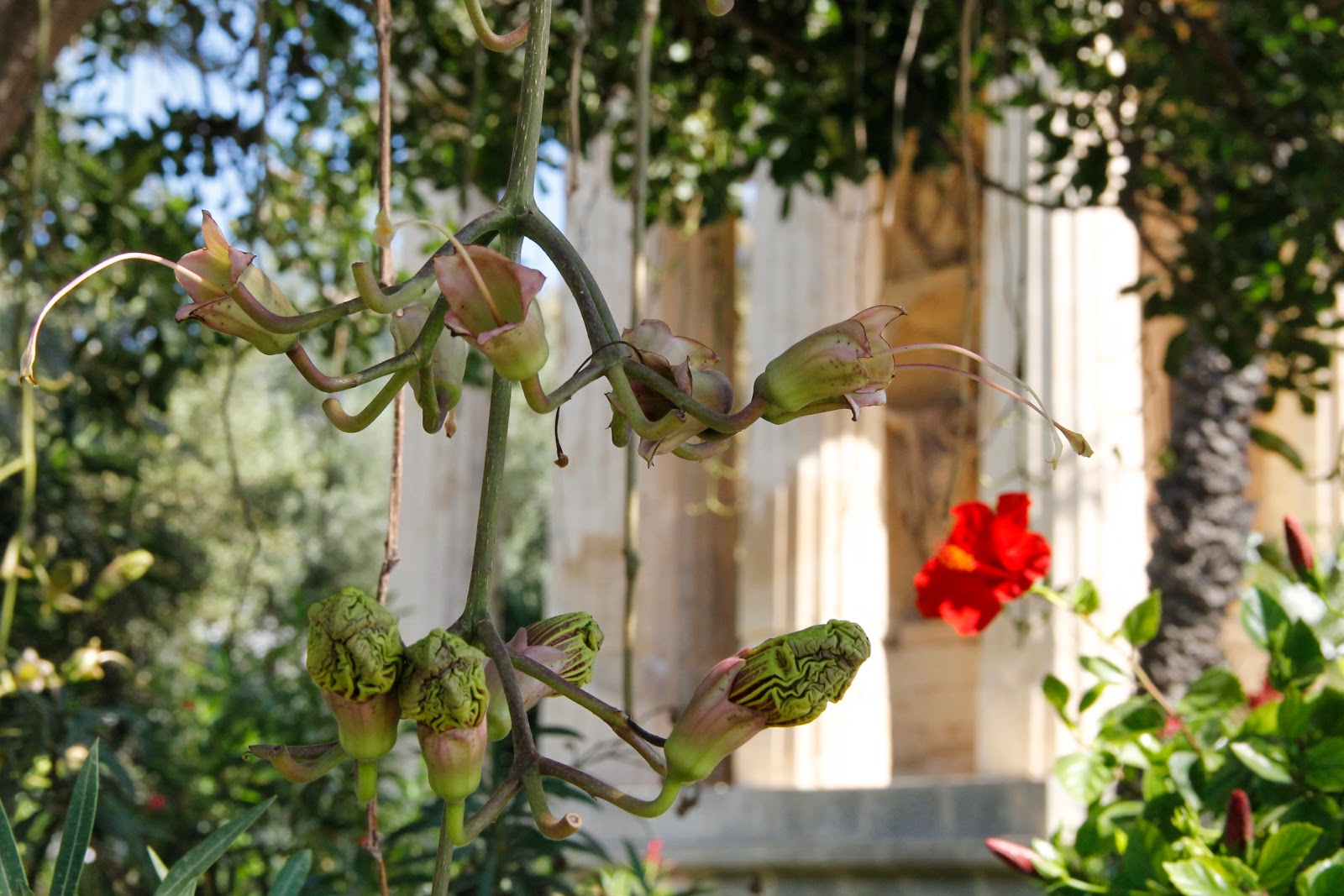 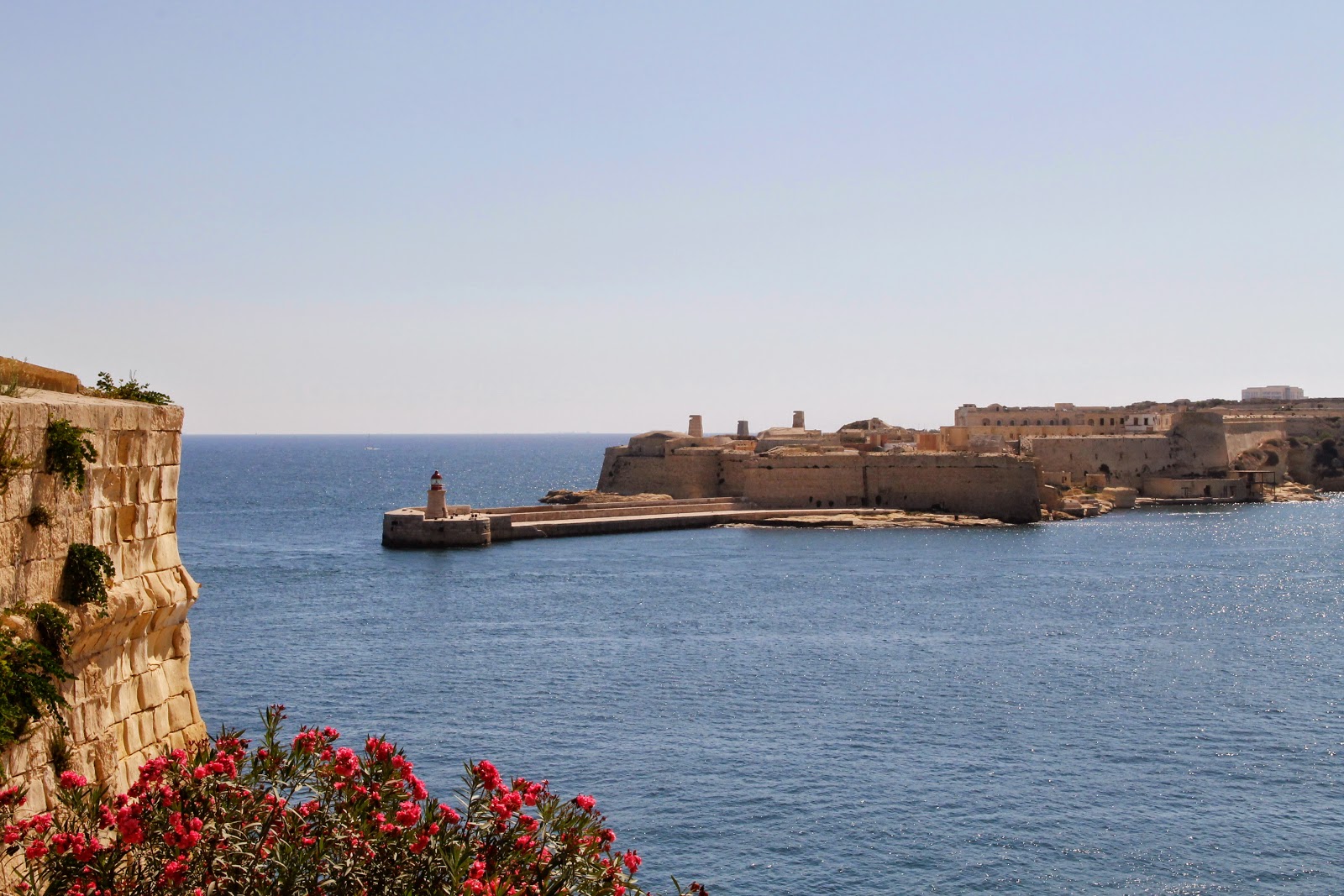 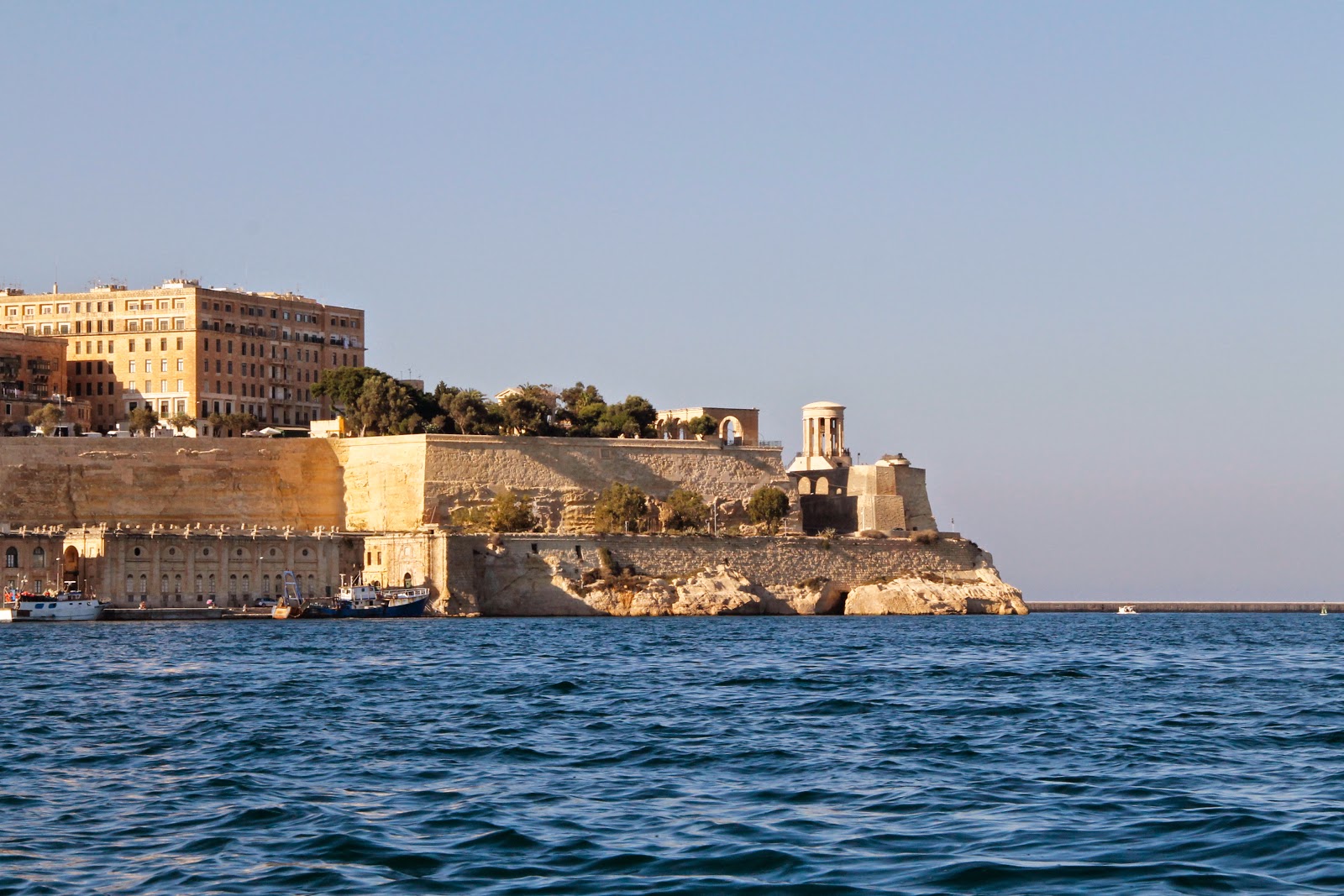 Paola
Next to Valletta, Paola is probably the second most visited place on the island, for the Hypogeum, a prehistoric necropolis. The site attracts visitors from all over the world, who comply with the strict visit restrictions put in place to preserve the site. Tickets are booked many weeks in advance, although a few more can be bought early every morning, for the following day. My parents, with the advantage of more foresight on the trip, had theirs, and I did not, so while they enjoyed the 50 minute visit, I visited the nearby Tarxien Temples. I would honestly not recommend the visit, unless you are really, really into prehistoric art and neolythic temples, which I seem to be lacking an understanding for. The fact that many of the stones have actually been replaced with replicas does not make it that appealing to me. According to the guide books, Hagar Qim Temples may have been more interesting, but maybe I missed something, hidden somewhere in the middle of all these large rocks. Who knows. 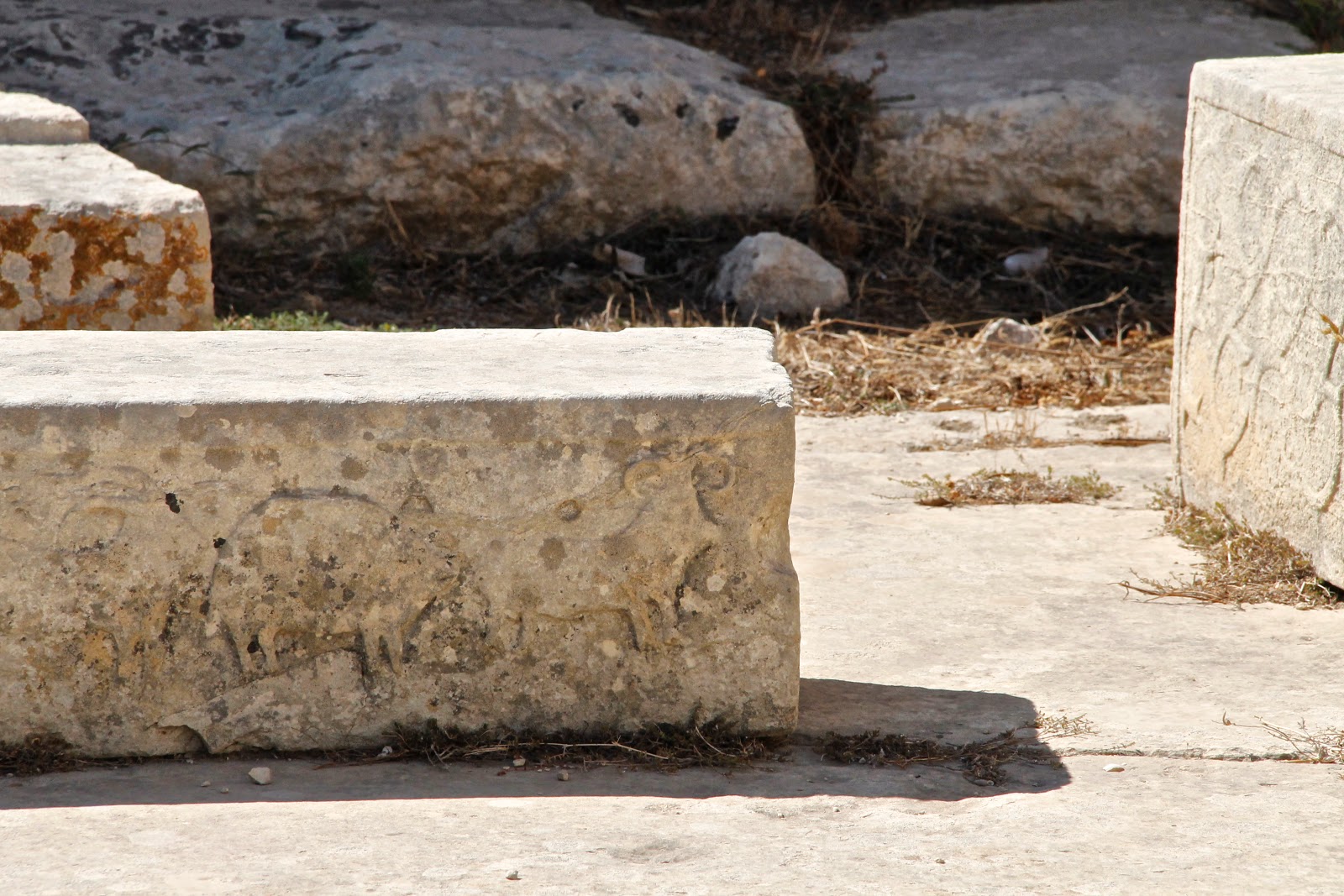 Blue Grotto
The Blue Grotto was a spectacular sight, one of my favourite on the trip. We walked downhill from the small town of Zurrieq, which was in flamboyant preparations for a religious holiday, and allowed us to see some of the country side and the agriculture, some pretty awesome looking rock climbing (I really should get back into it), and an amazing view from a park on top of the hill, 500m above the Blue Grotto. Further along the coast, the walk along the Dingli Cliffs looked beautiful, but unfortunately we only saw it from the road. 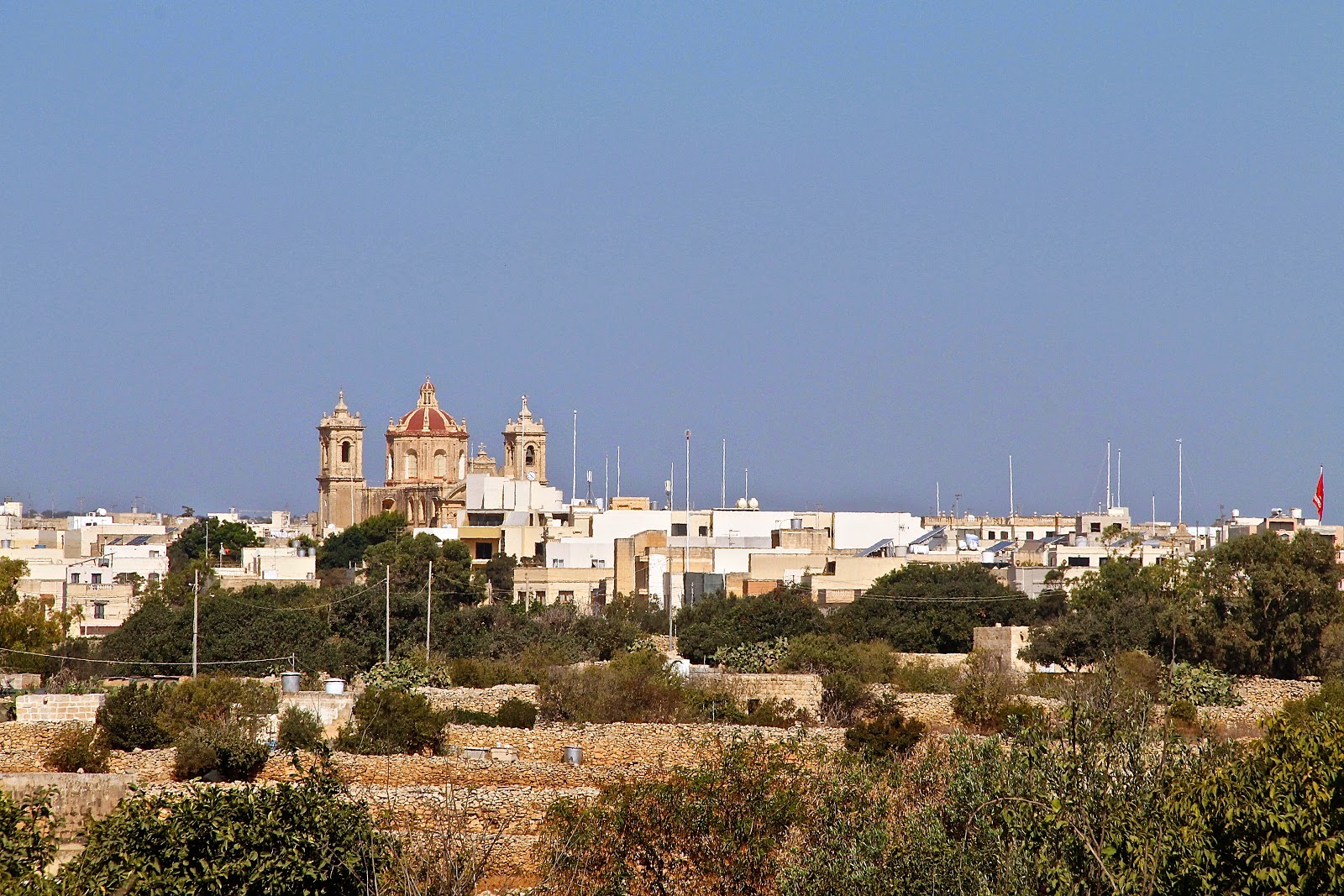 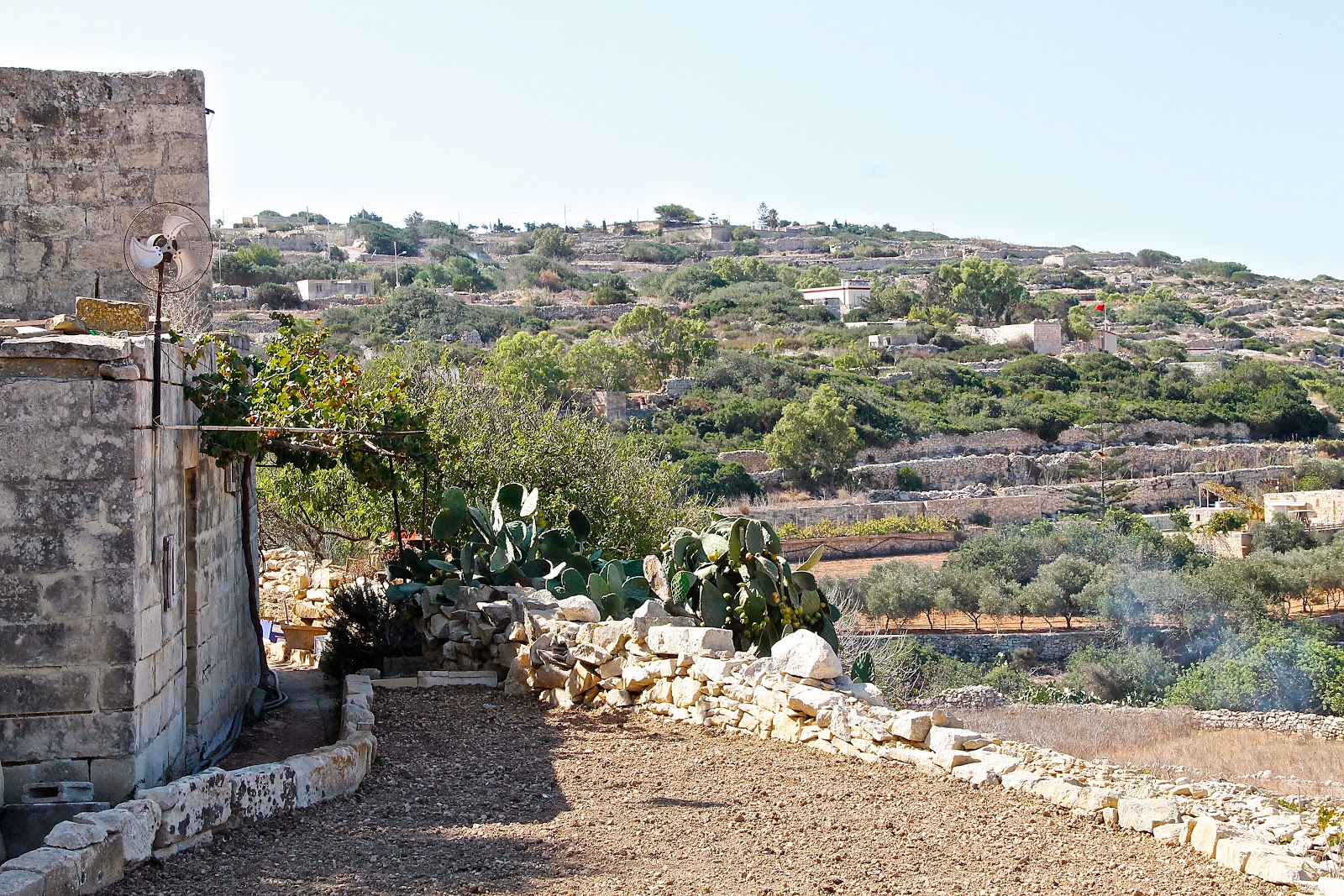 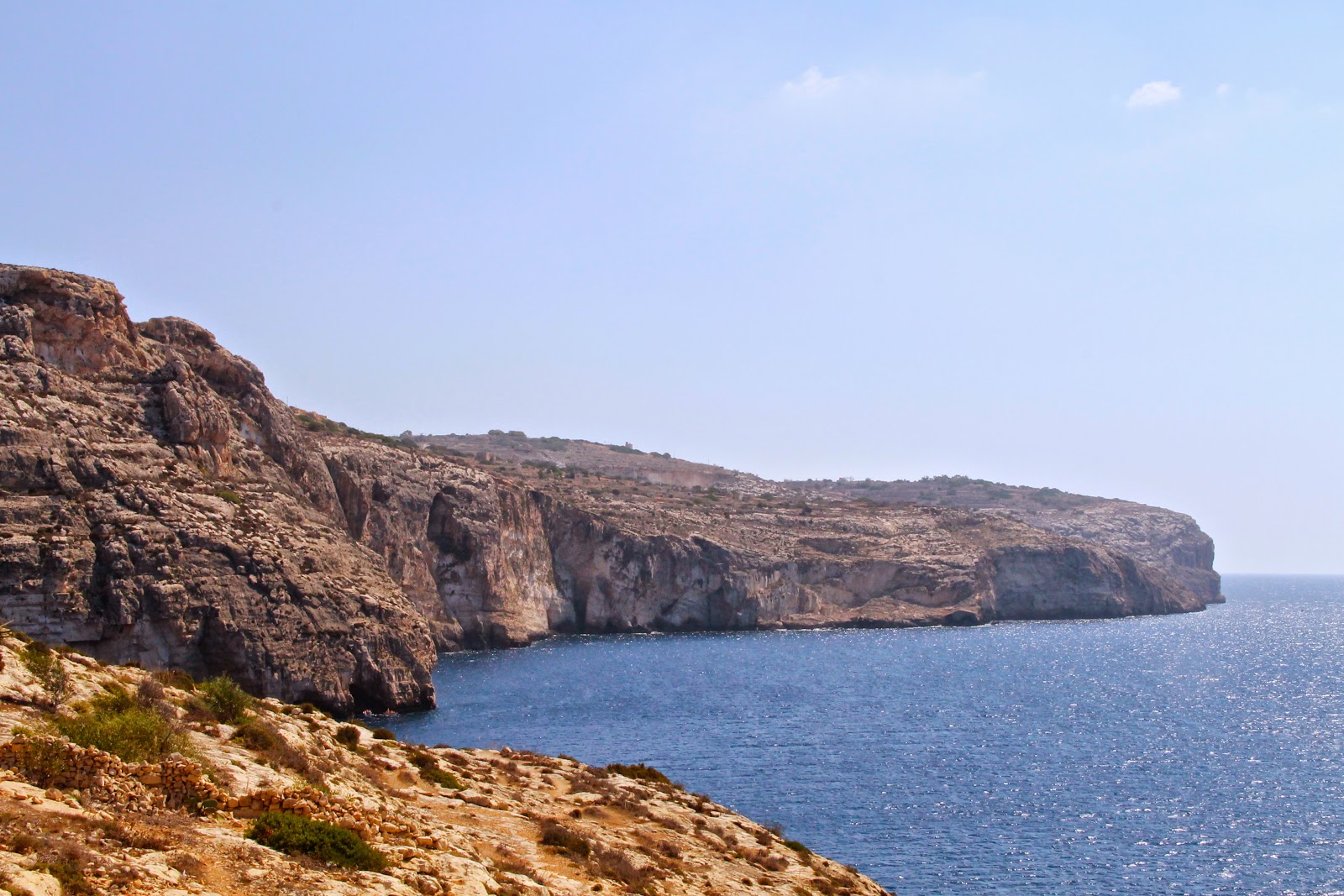 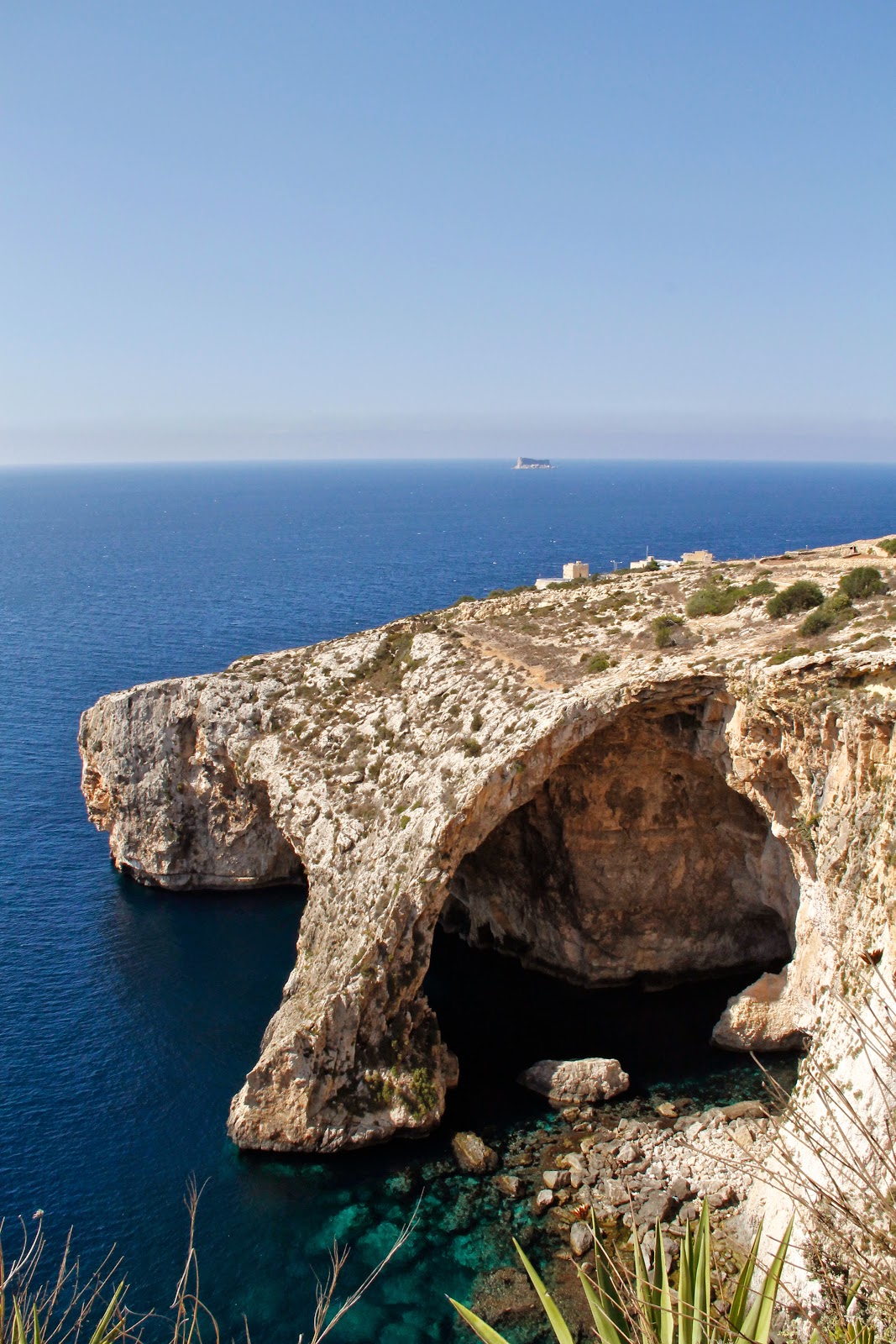 Mdina
Mdina is a small fortified city, also called the "Silent City", with narrow streets and a medieval-like charm. There is a lovely and perfectly maintained garden in between the city wall and the nearby town of Rabat, with surprisingly green grass, in this arid summer climate. We wandered there starving, and did not right away realize that most restaurants are located along the city walls (just so you know, in case this ever happens to you). We would have loved to visit at night, when it is quiet and free of tourists (other than us, obviously), but quite enjoyed this peaceful gem nonetheless. 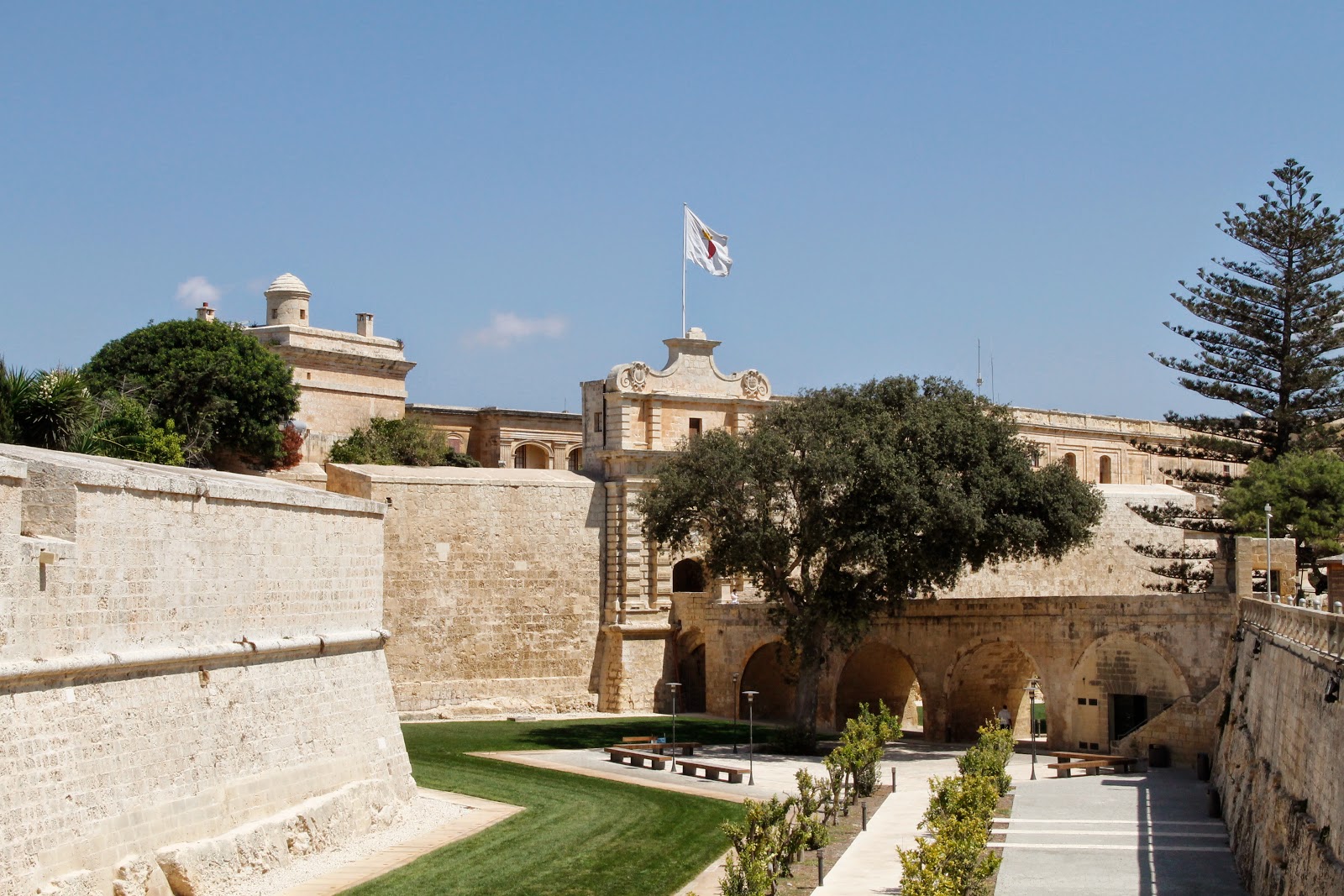 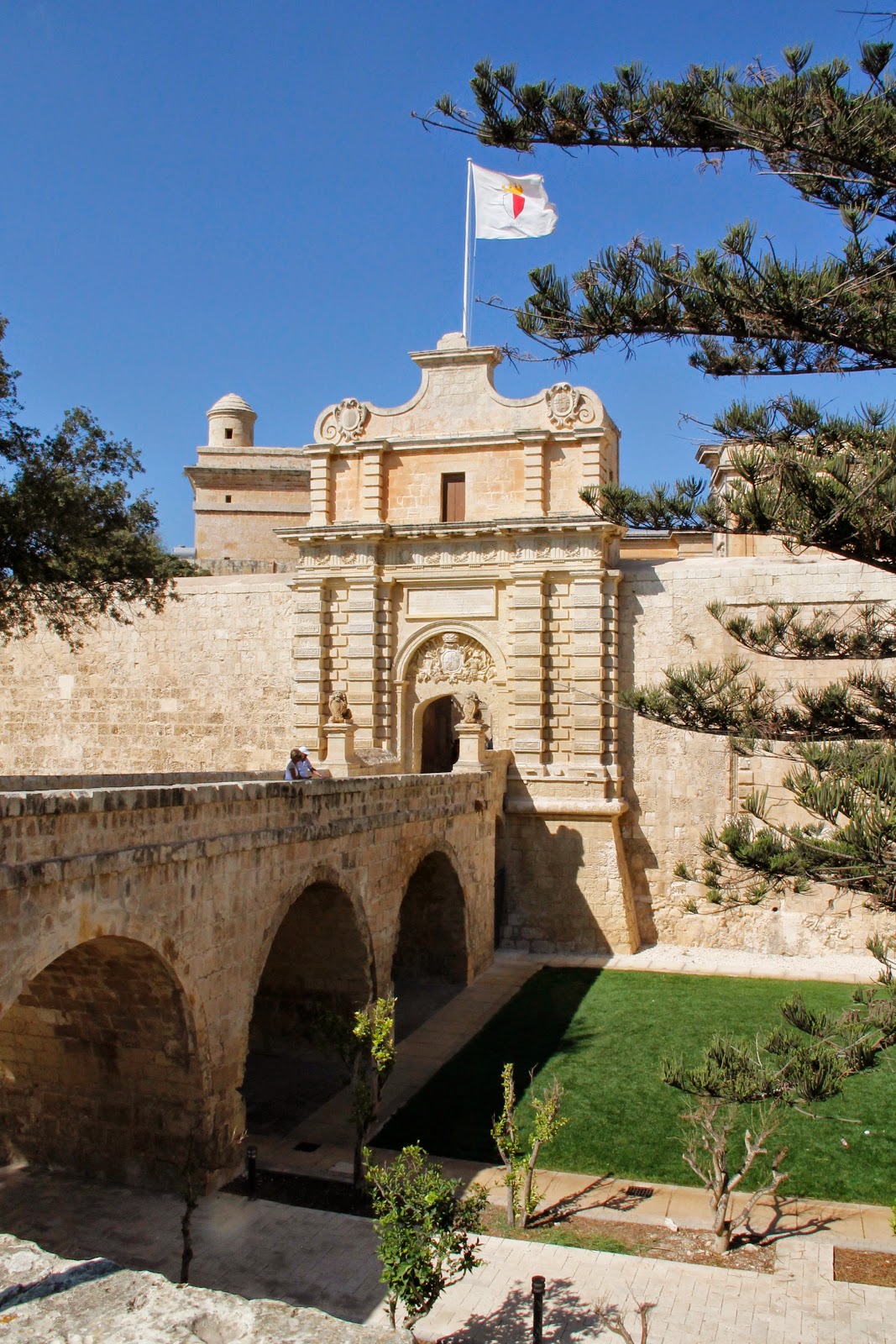 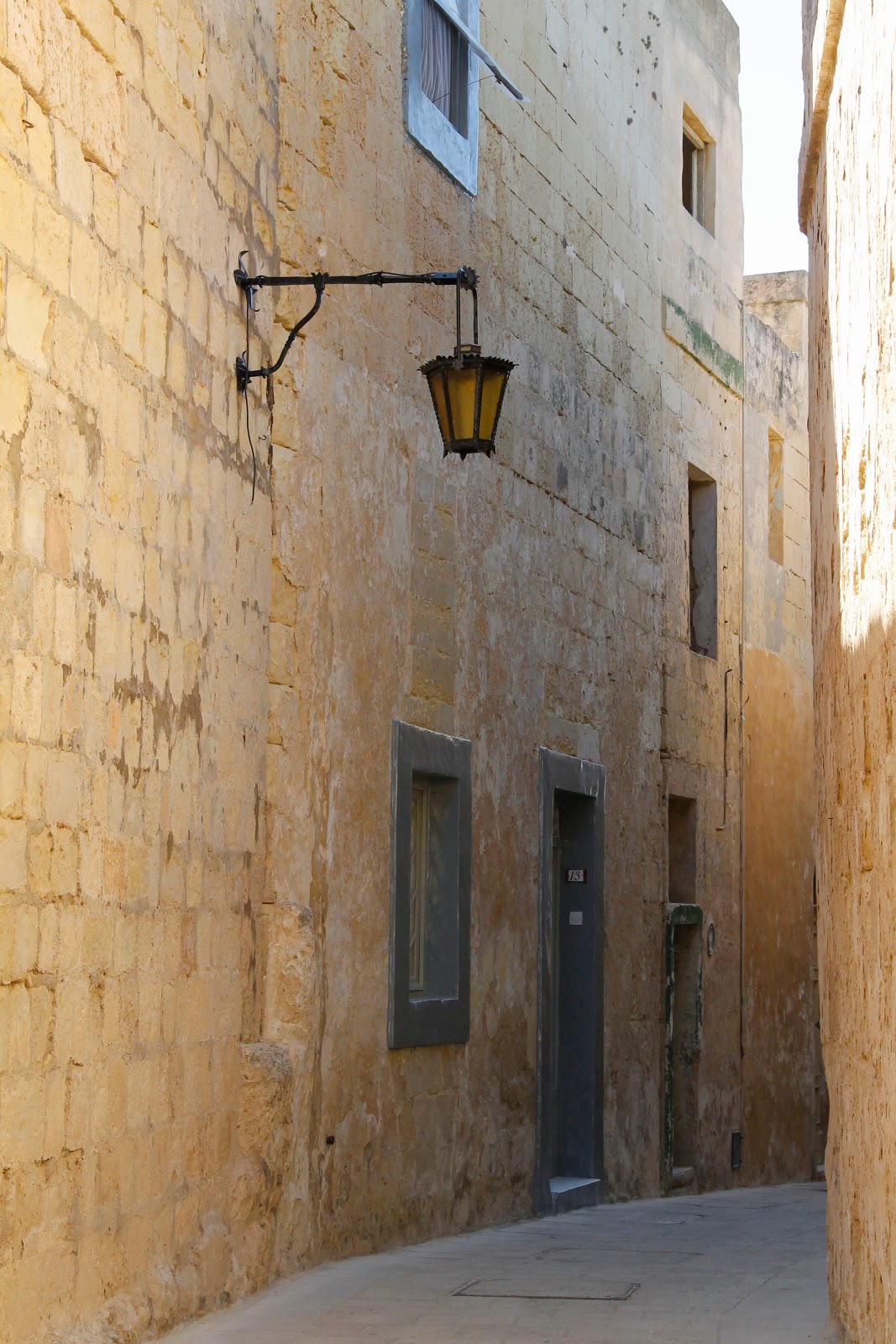 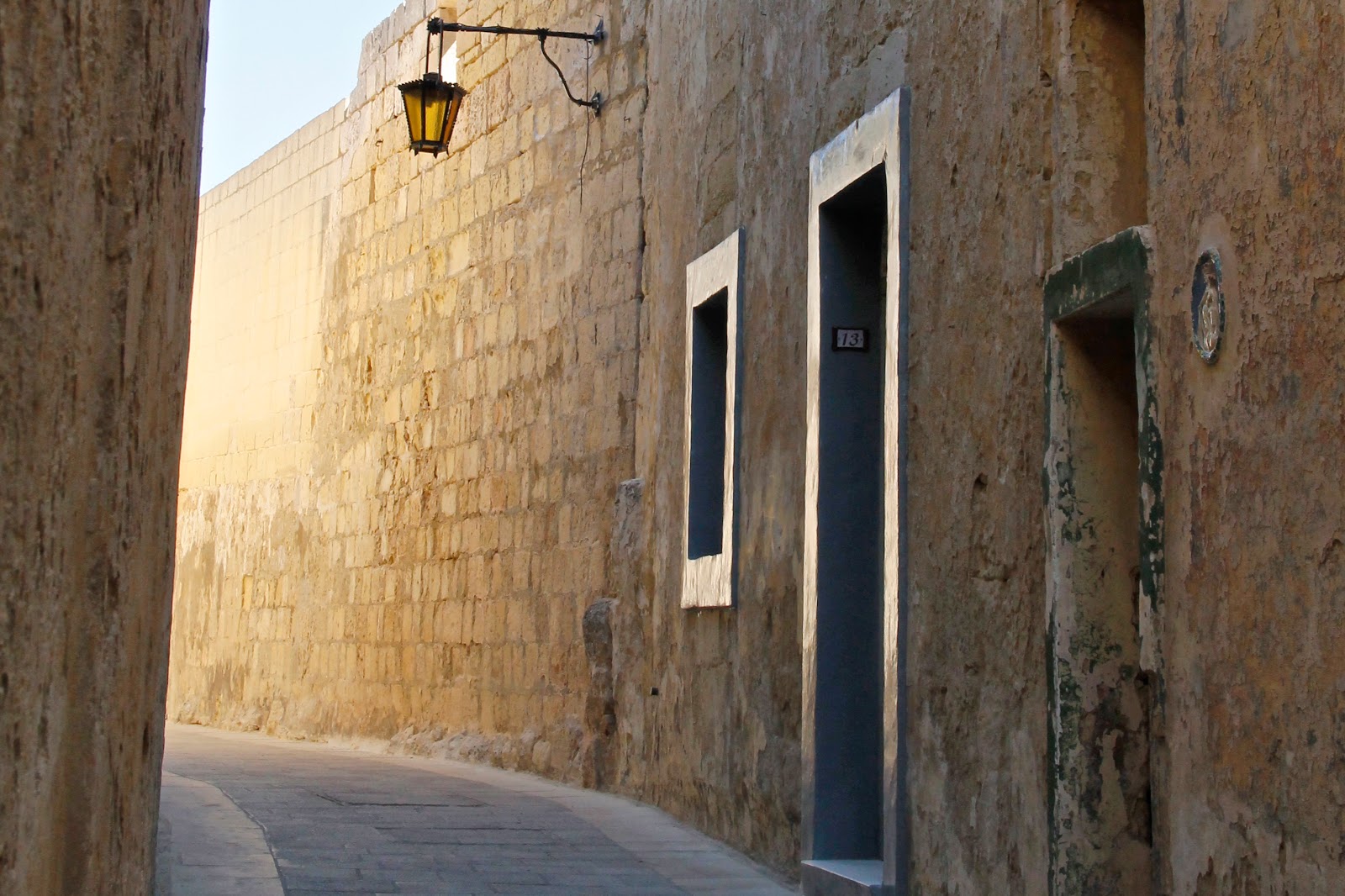 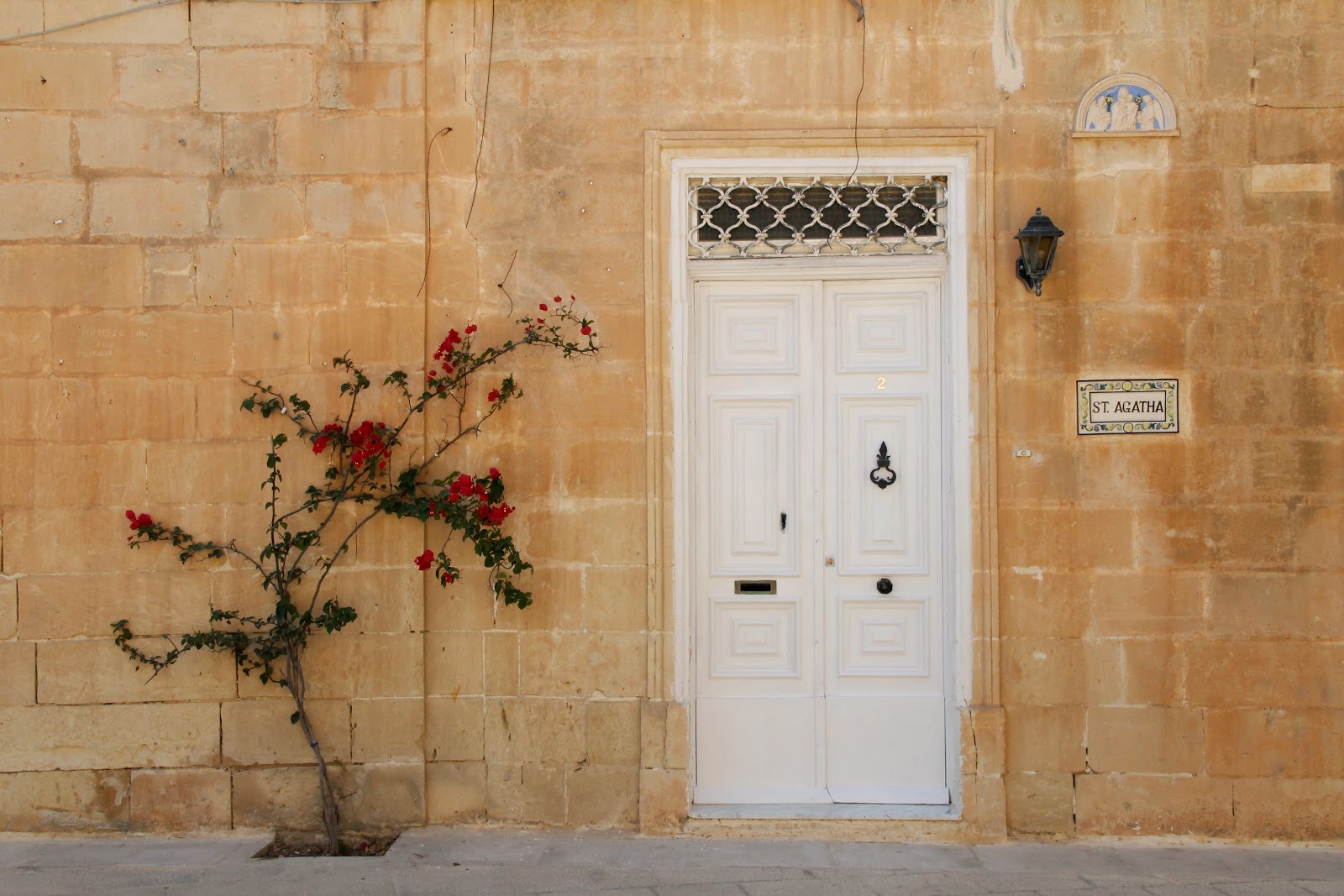 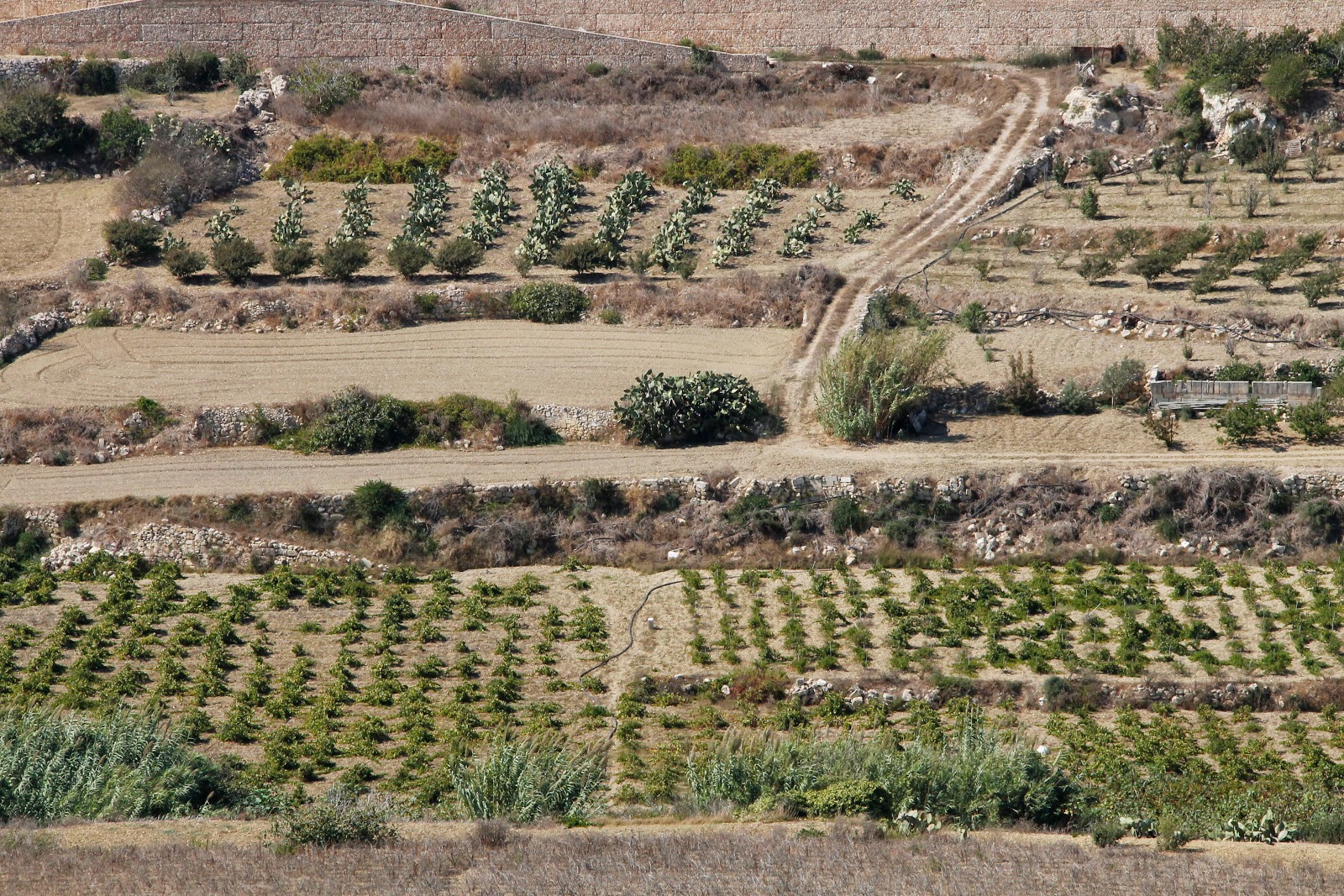 We had read that an absolute must is the Sunday lunch in the fishing town of Marsaxlokk, so like many others, locals and tourists, we headed there early, to wander through the market and sit on a patio to eat some freshly caught fish. The harbour looked amazing, full of colourful boats, with bright turquoise water. The market was incredibly fun, with everything you can think of. From food to clothing to makeup to kitchen appliance and small gadgets. 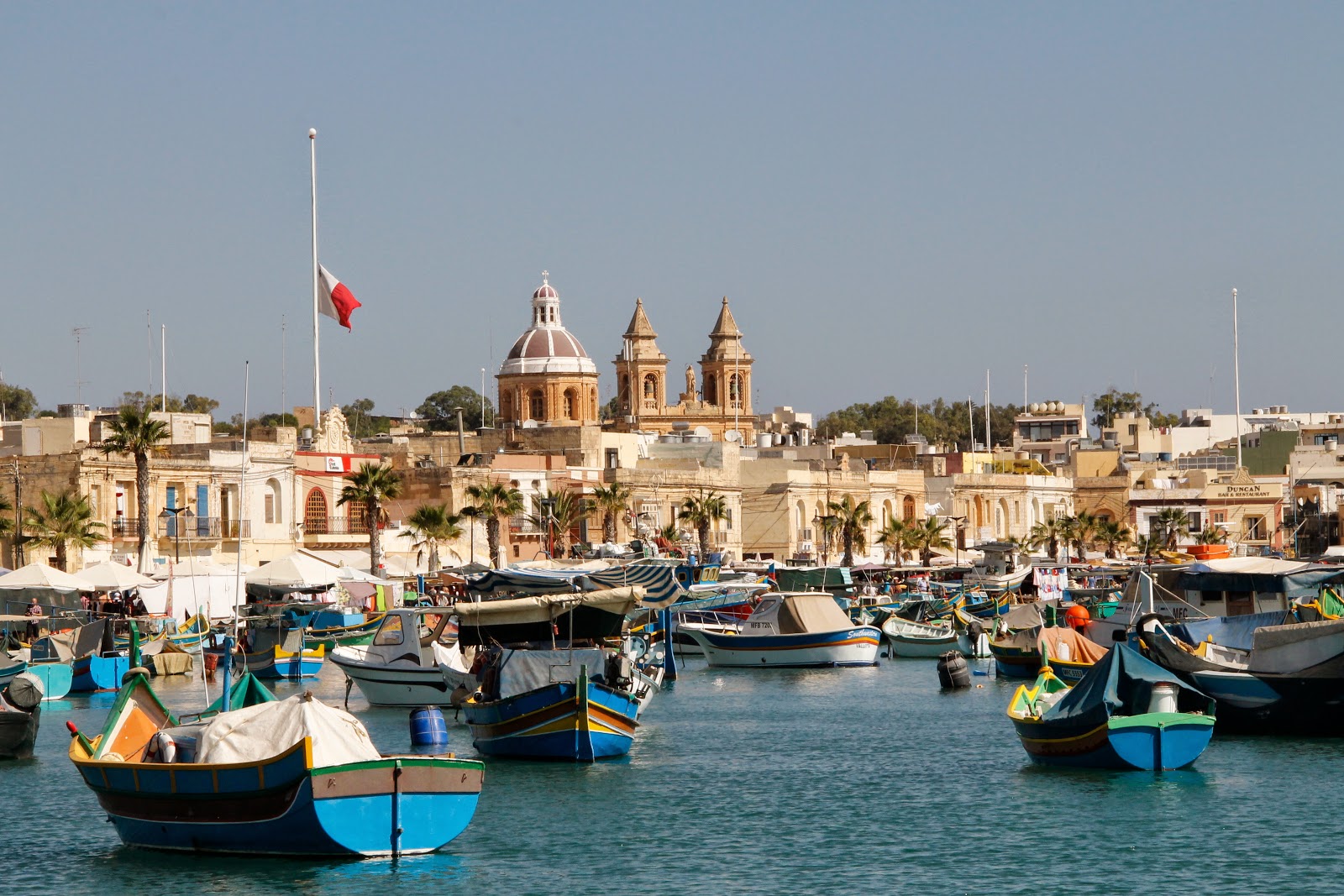 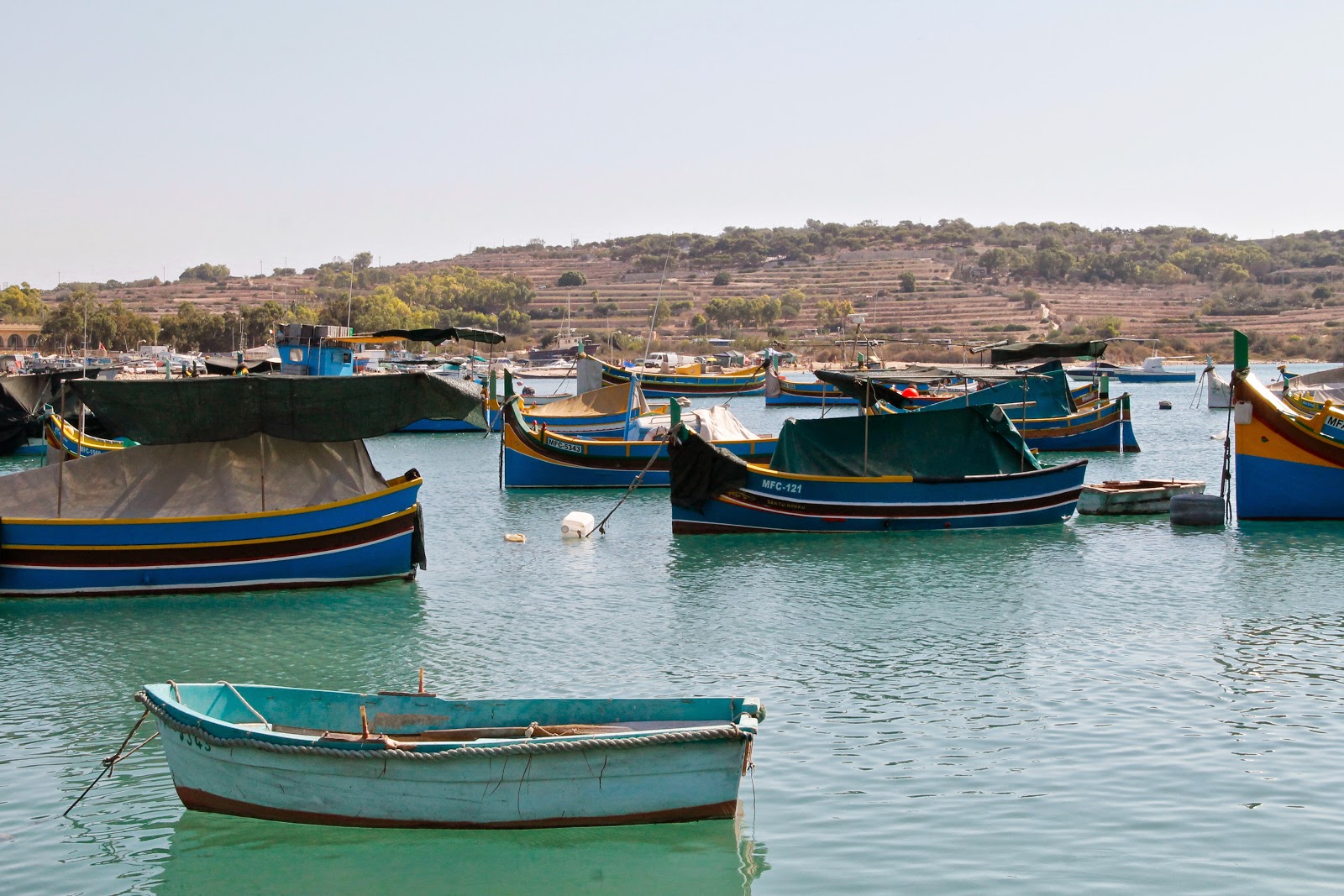 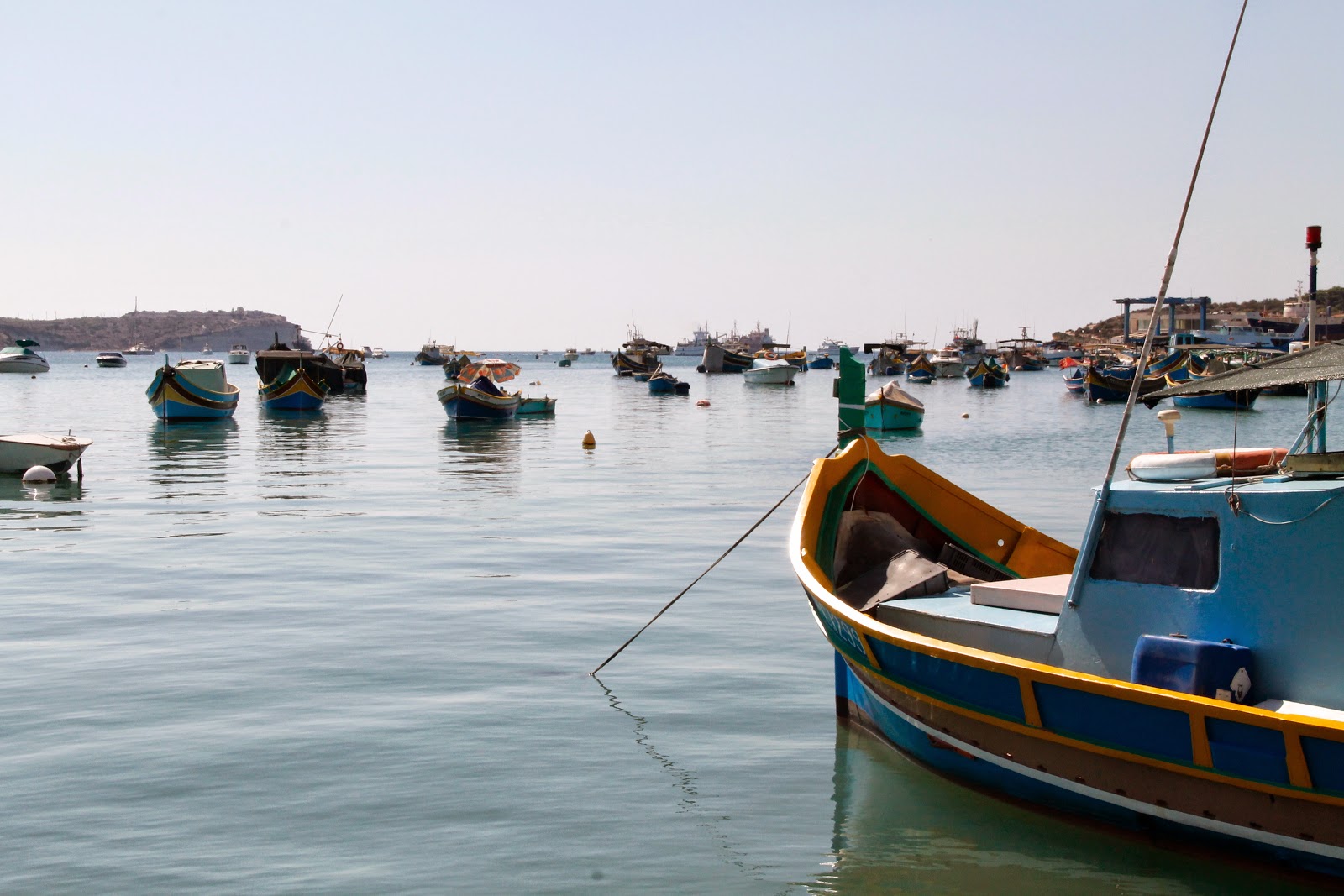 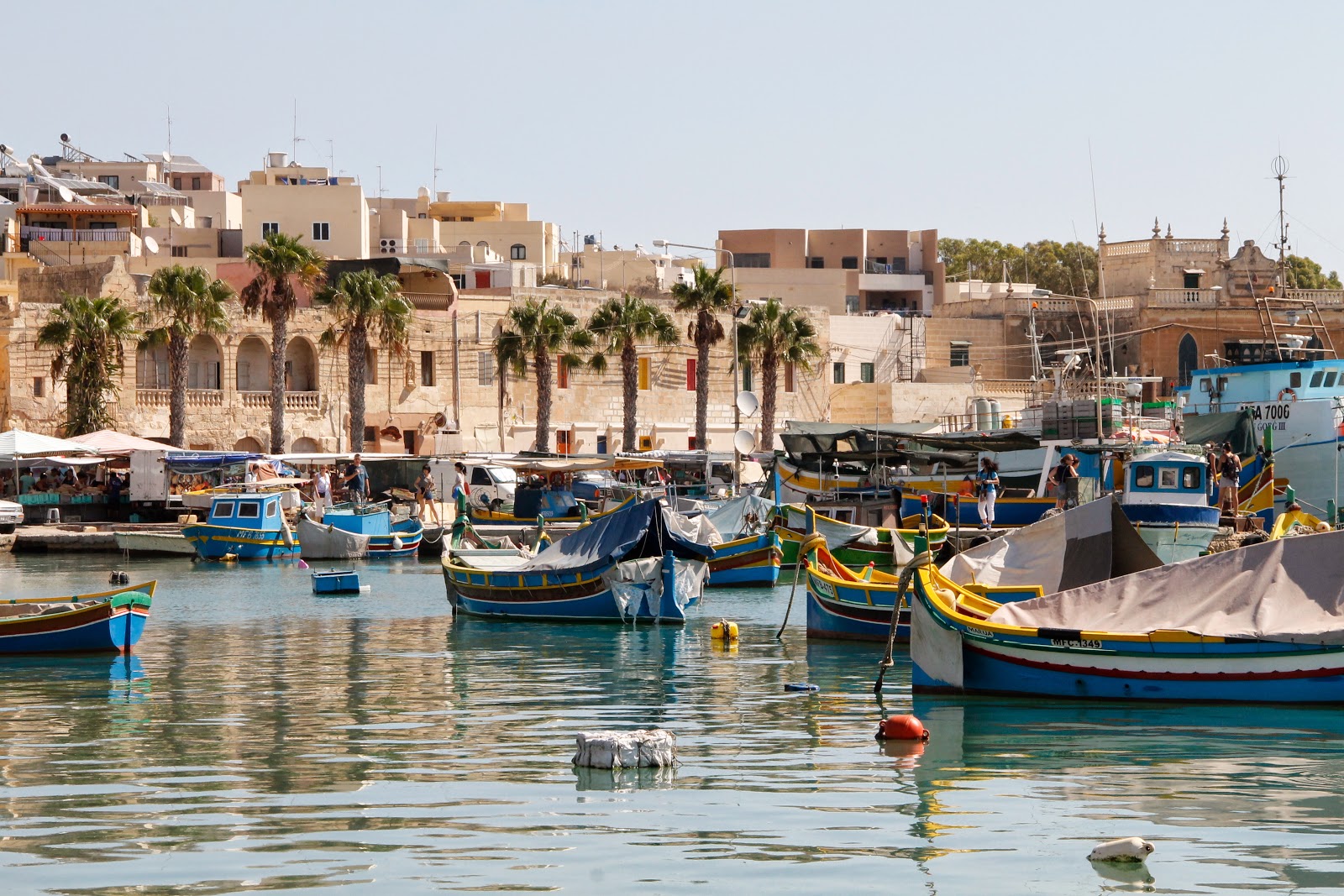 Birgu
Birgu, reputedly the most charming of the Three Cities, did not disappoint us. We followed another walking tour, then just got lost in the small side streets, finding remnants of the British colony, and came back by boat for beautiful views of Valletta and the Three Cities. From the unofficial dock, you can take the lift up to the top, or, if you are wearing a Fitbit like me and get strangely motivated by this little thing counting steps and floors and giving you weird encouragements, you can walk up the stairs. I got an overachiever that day. 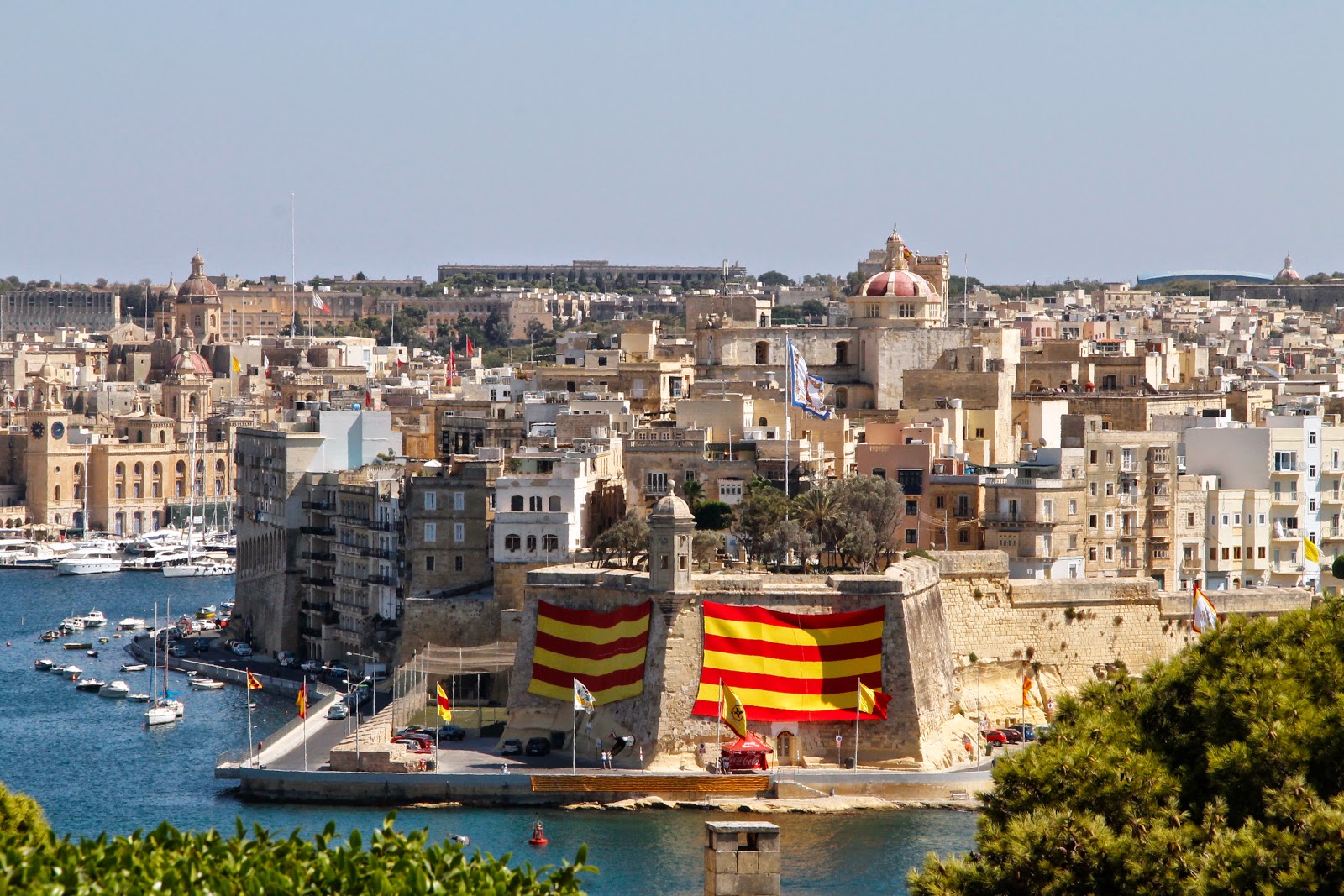 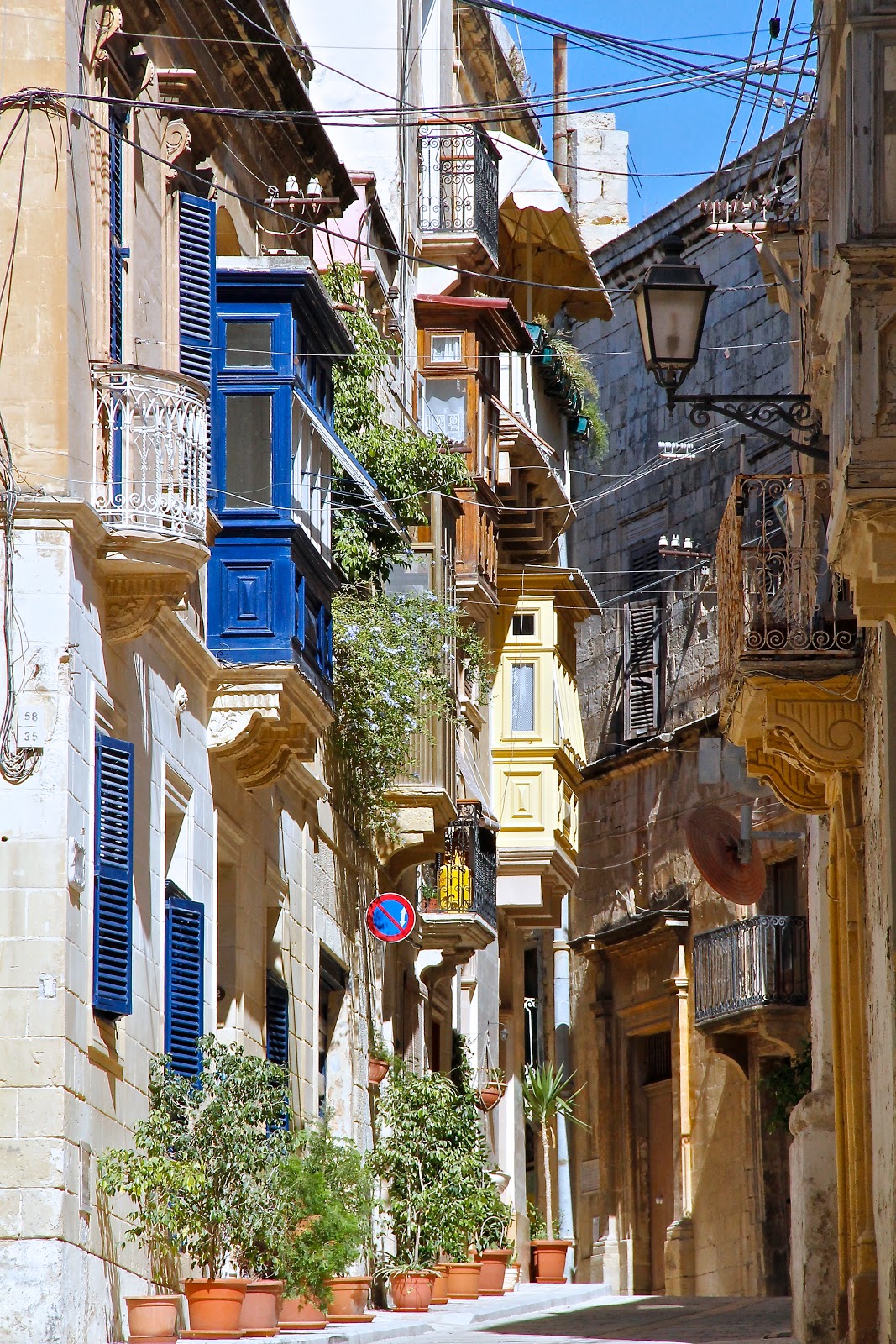 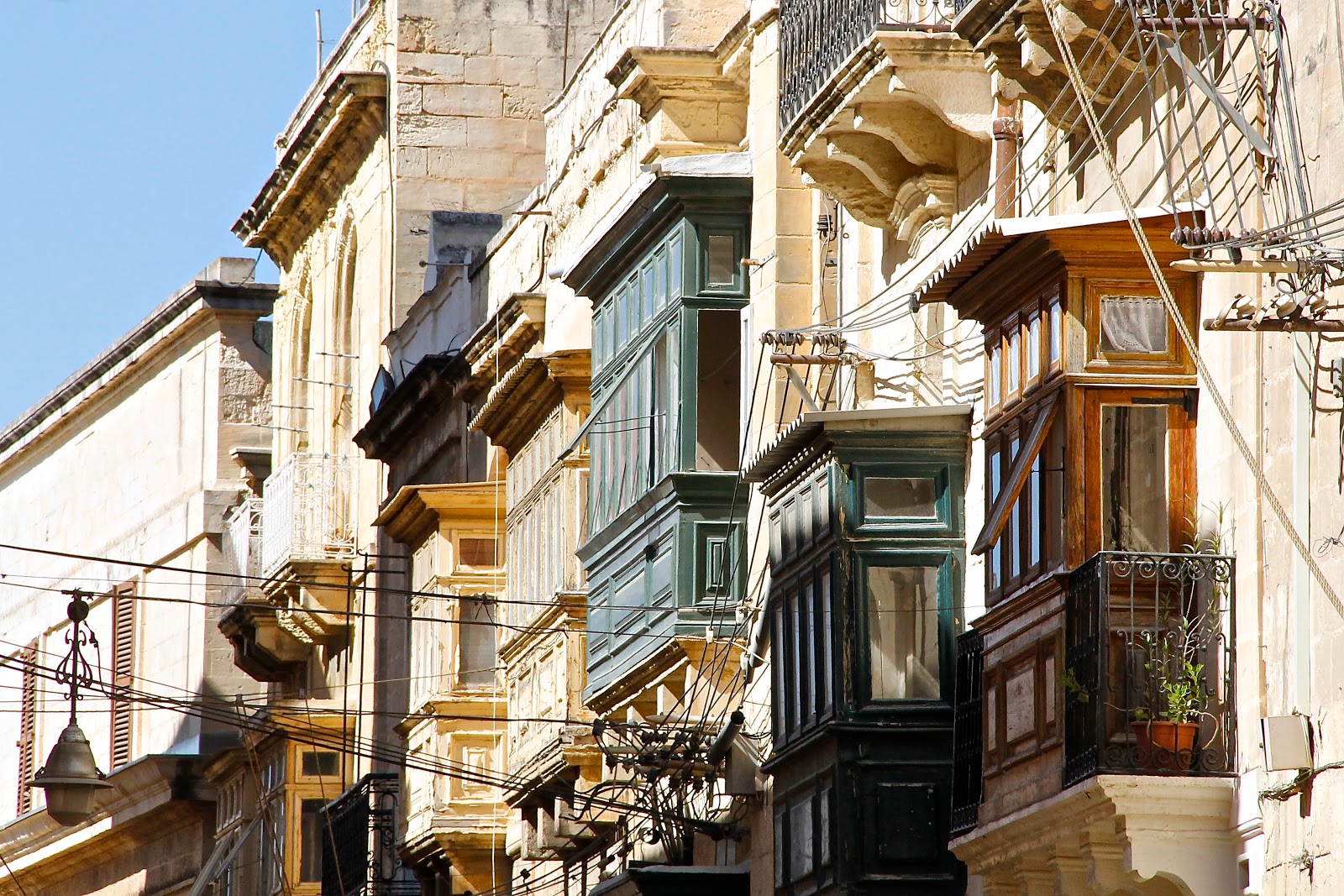 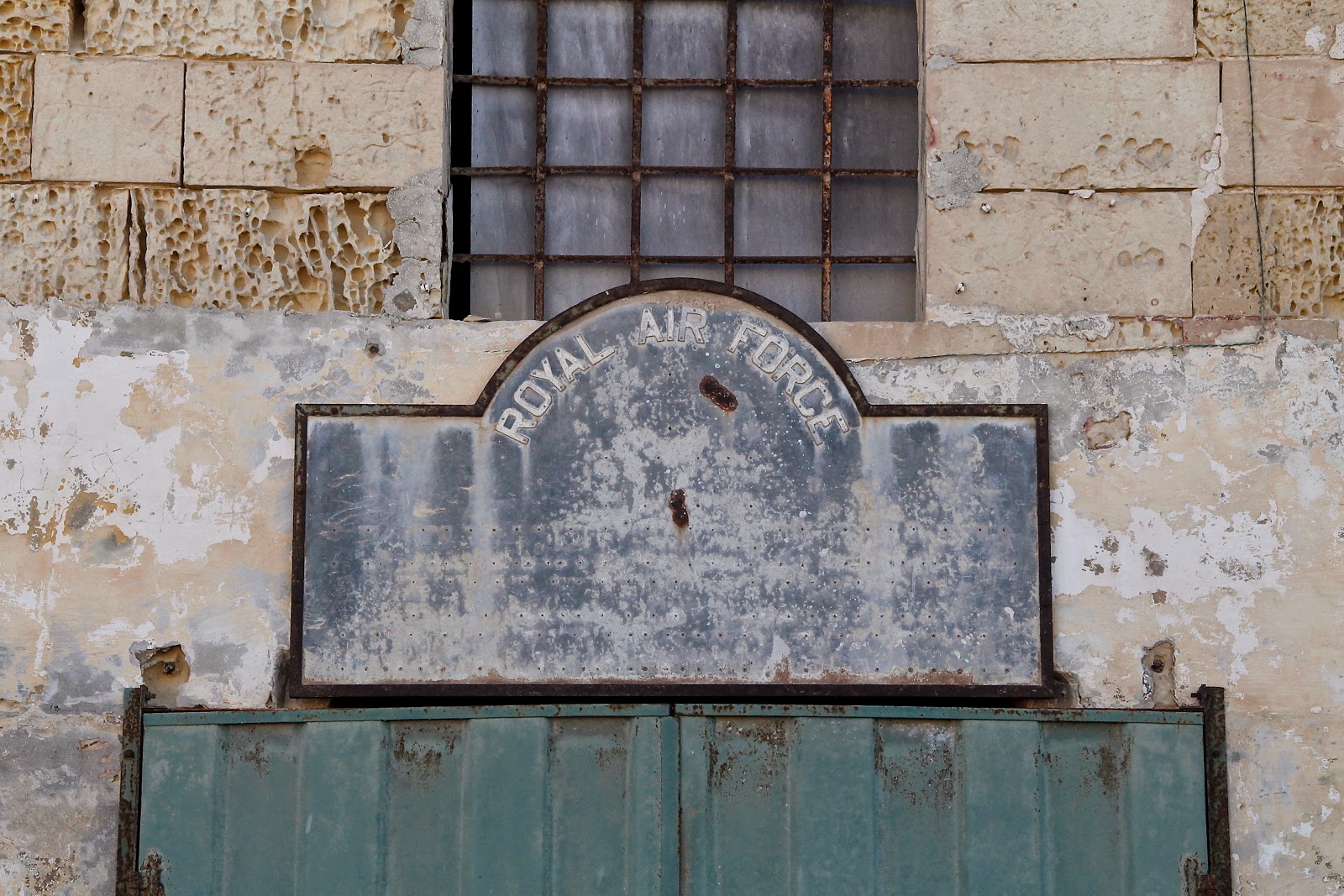 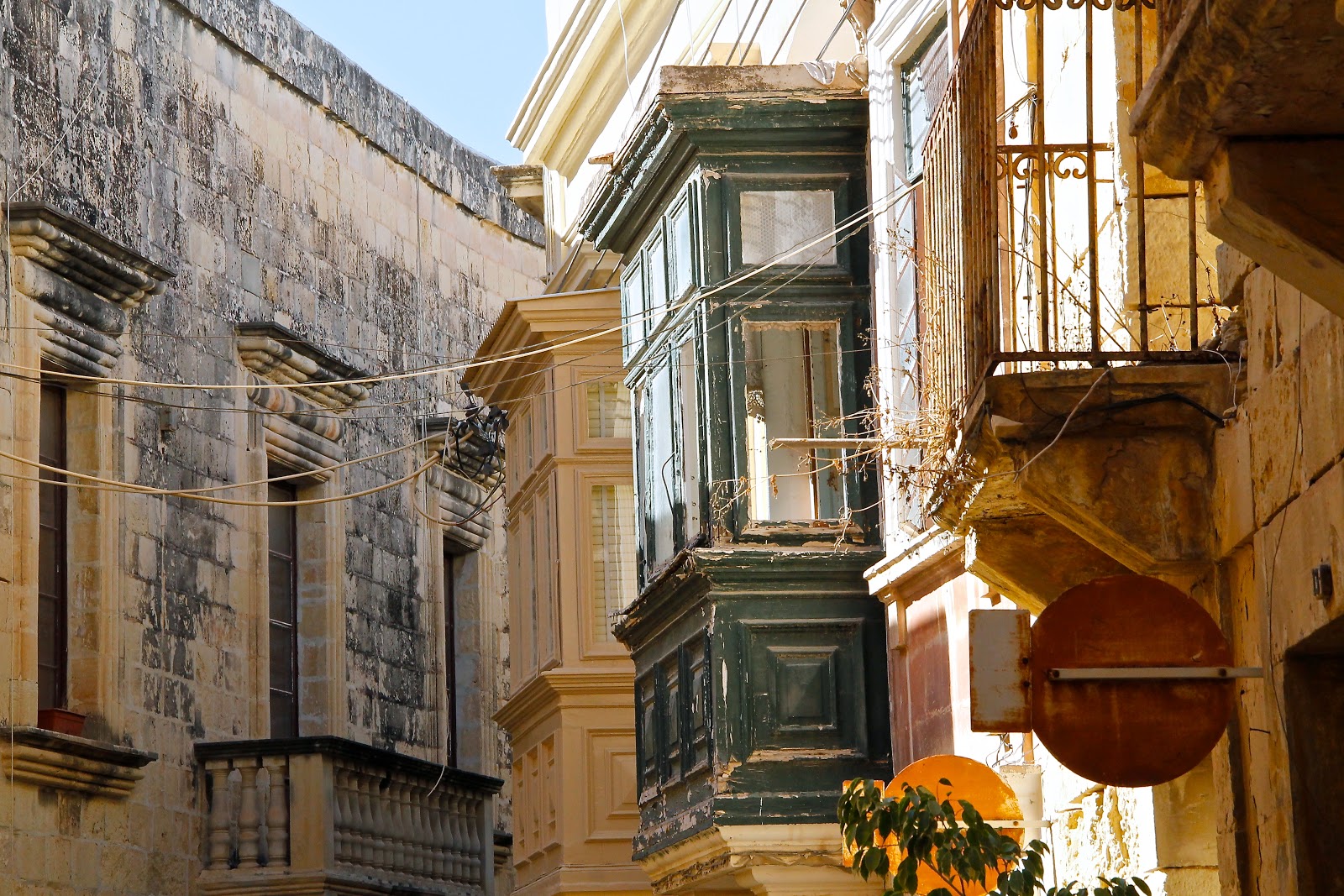 Getting around
The bus system recently changed over in Malta, probably for the best. Apparently, a famous yellow bus system used to be in place, with a charming yet likely infuriating system where drivers spontaneously changed their routes based on who was aboard. The new system, the Malta Public Transportation, is reliable and exhaustive, with numerous routes bringing you to most places you'd desire, particularly from Valletta. It was cheap and fairly efficient, and a nice way to admire the scenery. With a car we would have probably gotten places a bit faster, although I'm pretty sure we would have gotten lost a lot, so it's probably pretty even. Parking in Valletta seemed like a disaster, with cars tightly packed on the narrow sidewalks, and we were quite please to avoid dealing with this.

Food
Food was rather pricey, but generally quite good, with an abundance of fresh fish and seafood, and a strong Italian influence. Hotels generally included breakfast, and although there was nothing special to it, there also wasn't anything to complain about, and the coffee was quite good, except for the morning that they forgot to refill the coffee in the machine, and we all had pretty light cappuccinos. We eventually caught on, and got fully caffeinated for the rest of the day. We found our favourite restaurants on Archbishop street in Valletta, a little out of the main place, and returned there to try another one every night. We loved Angelica and D'Office, and the view from De Robertis, closer to the park. When we started discussing the general issue of service in restaurants, my dad liked to say that service was "client driven", "they don't want to rush you". It actually was generally poor. Not that it really mattered. We were on holidays. But still, many meals lingered way past the eating time. There is also the issue of getting between me and my afternoon coffee. Terrible idea, if you ask me. One aspect of travelling with my parents that I quite enjoyed was my dad's dedication to the 5 o'clock beer, and the bottle of wine with dinner. It was a great way to slow down the pace at the end of the day, sit on a terrace somewhere, refresh and relax. I discovered Maltese wines, which I had never thought of before. They are quite good. We tried local wines most evenings, whites, roses, reds, and they were all good. Since the temperature never gets below freezing on the islands, the wines are very consistent from one year to the next. Now I'm hoping that this great store in Seattle has some.

I don't have any particular recommendation when it comes to the island of Malta. I would, however, encourage you to stay in Valletta, since other parts of the island and even the other islands are  easily accessible as a day trip, and you'll find more food options.