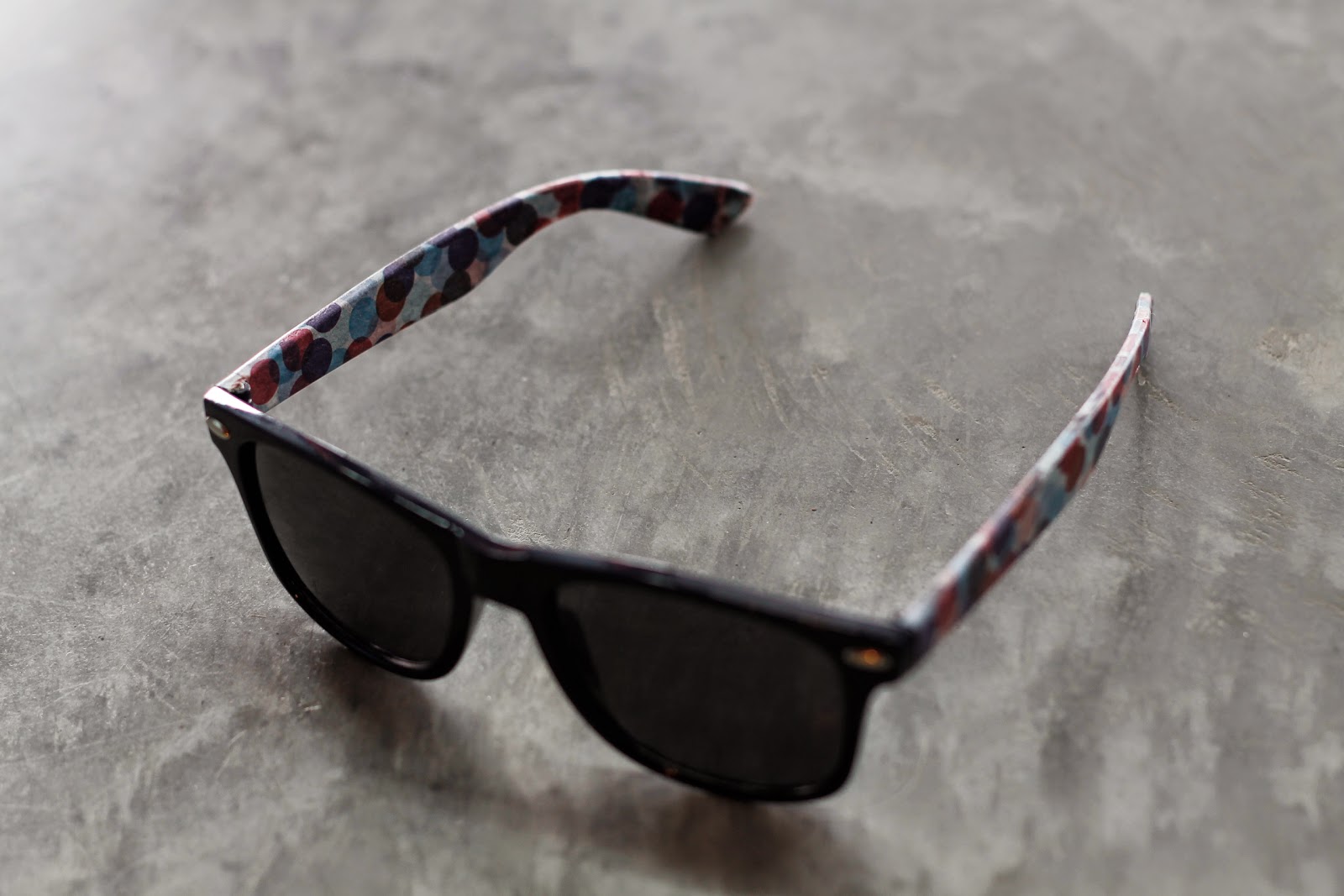 I spent part of last week home sick with a cold, and after sleeping 12hrs in a row, finishing this book and binge watching this TV show, I started to feel a lot better. I was still in my pj's, unshowered, and sitting on the couch. I thought, I have all this free time, I should probably try to learn how to knit two socks at once. Right? Doing a load of laundry also crossed my mind, but only very briefly. I started casting on, following the step by step instructions, and quickly became a little confused. I realized that maybe I wasn't totally back onto my feet, and should probably still take it easy. 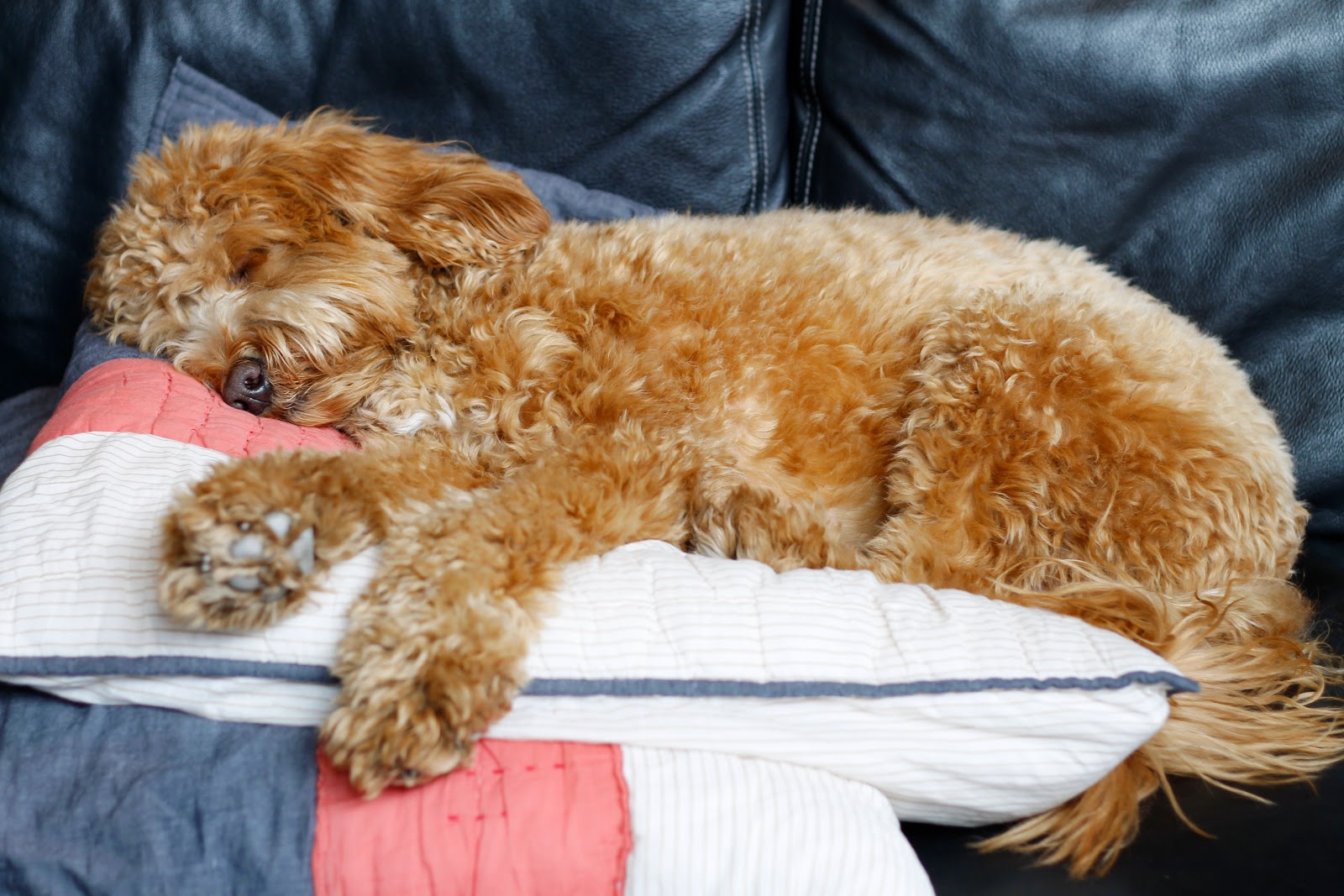 While on the couch I tried to ask for the pillows back, but Noodle had claimed them as well as the corner of the couch, and my attempts to reason with him lead me nowhere. Sometimes, I really feel that he understands me. He makes such great eye contact, tilts his head to the side, looking intensely, and he knows so many words that I feel like we are communicating. I was talking to him one day while waiting for Graham in front of the grocery store and a man looking at us came up to me and exclaimed "Wow, your dog speaks English?!?". I wouldn't go this far, as he's never actually talked back, but he sure understands some. He will practically burst out of excitement when I tell him that we are going to go visit my best friend, whom he loves probably as much as I do, although we have very different ways to show it. He is more of a French kisser kind of guy, go figure. So, either I give him too much credit, or else he is just really selfish, and couldn't care less about my comfort on the couch. 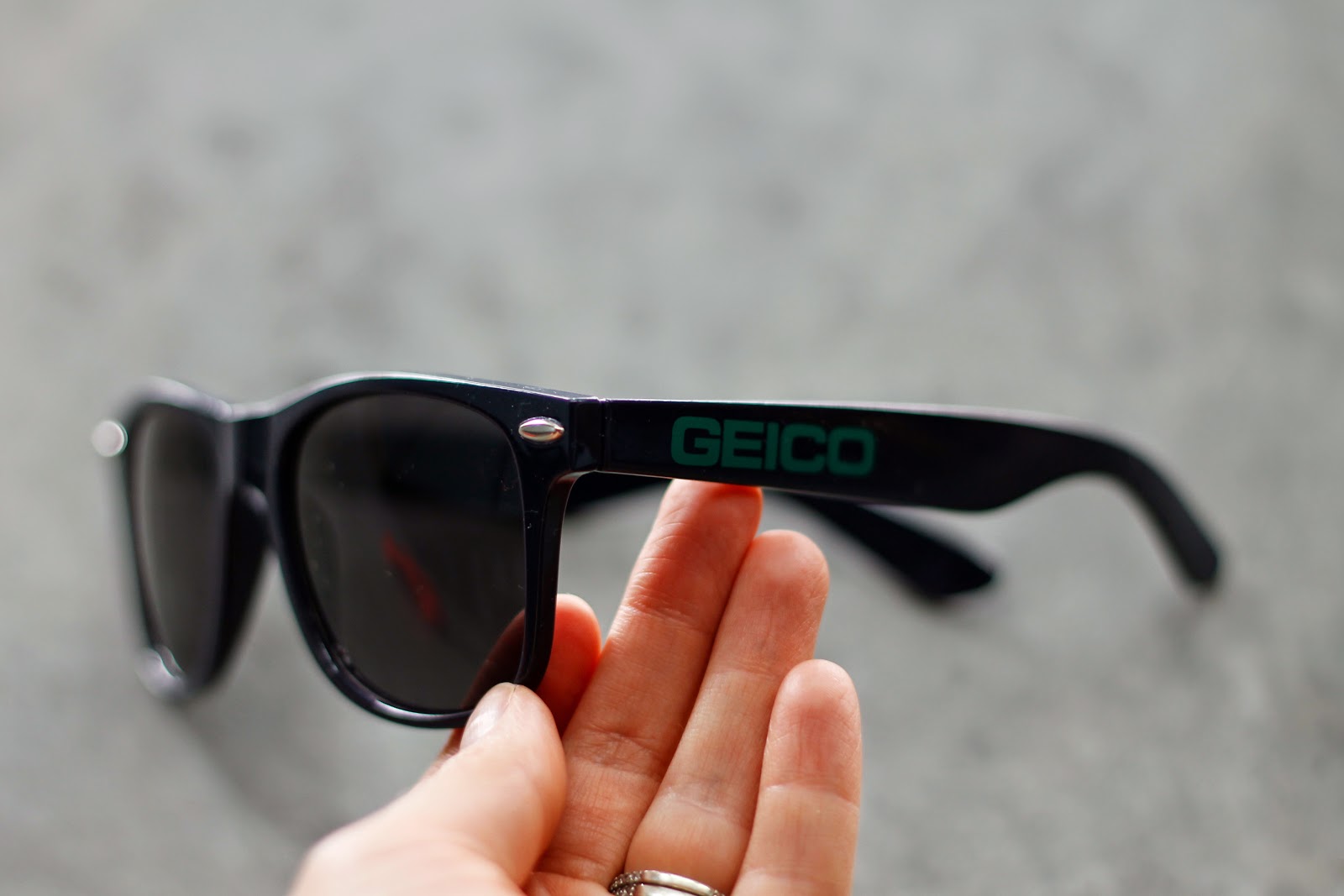 After trying a few other projects without success, I came across a pair of sunglasses that I got for free, from some sort of promotional  advertisement. I was about to toss them in the donation box we keep, when I thought of my optometrist, recently insisting on the importance of wearing sunglasses, and sharing his story of skin cancer, right under the eye. I thought, maybe I should keep an extra pair in the car, just in case. I decided to use some washi tape to cover the side, as I wasn't feeling like being a free walking add. I love the result, and the fact that in under 10 minutes, these sunglasses went from the donate to the keep pile. Noodle sure seems to approve of these. 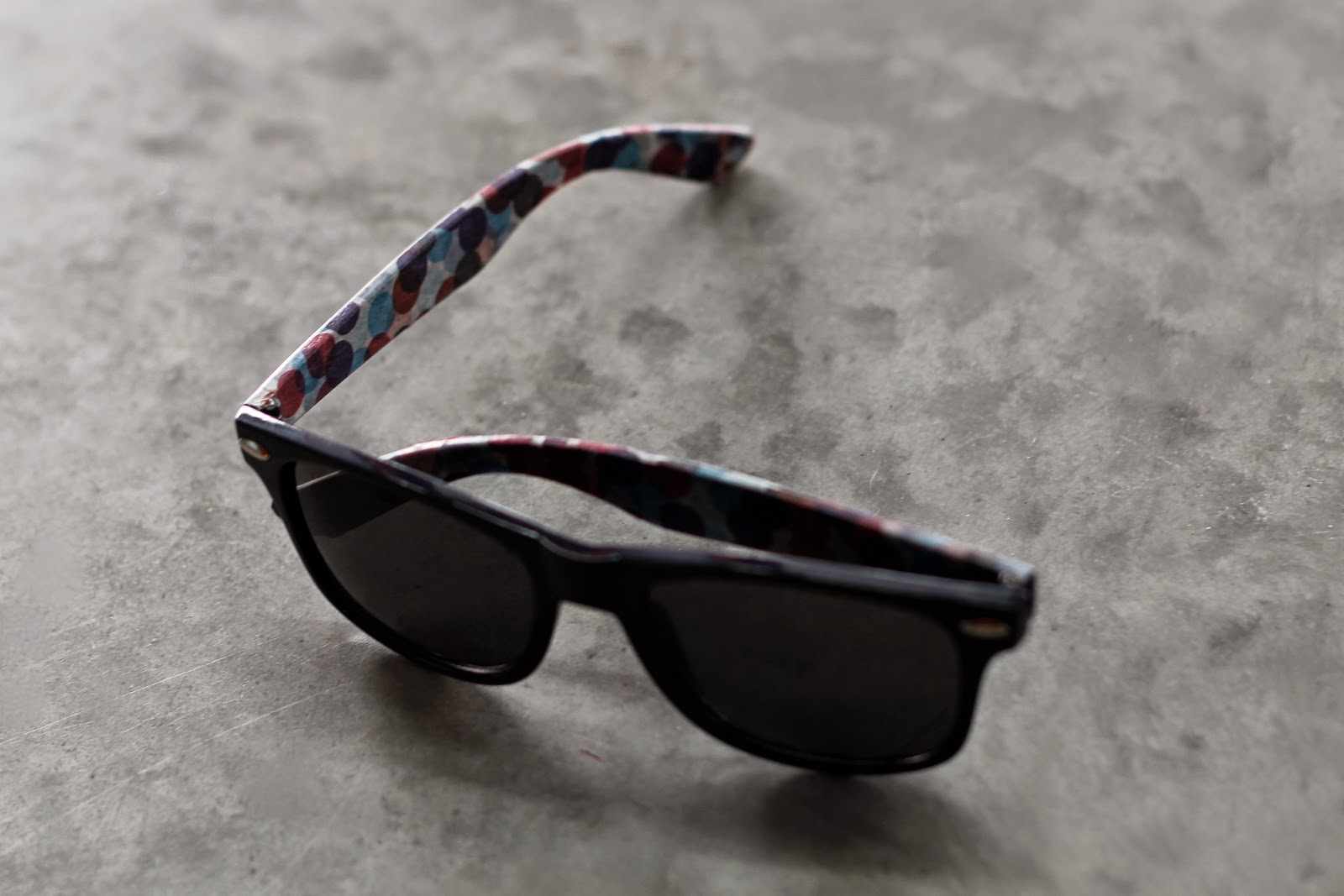 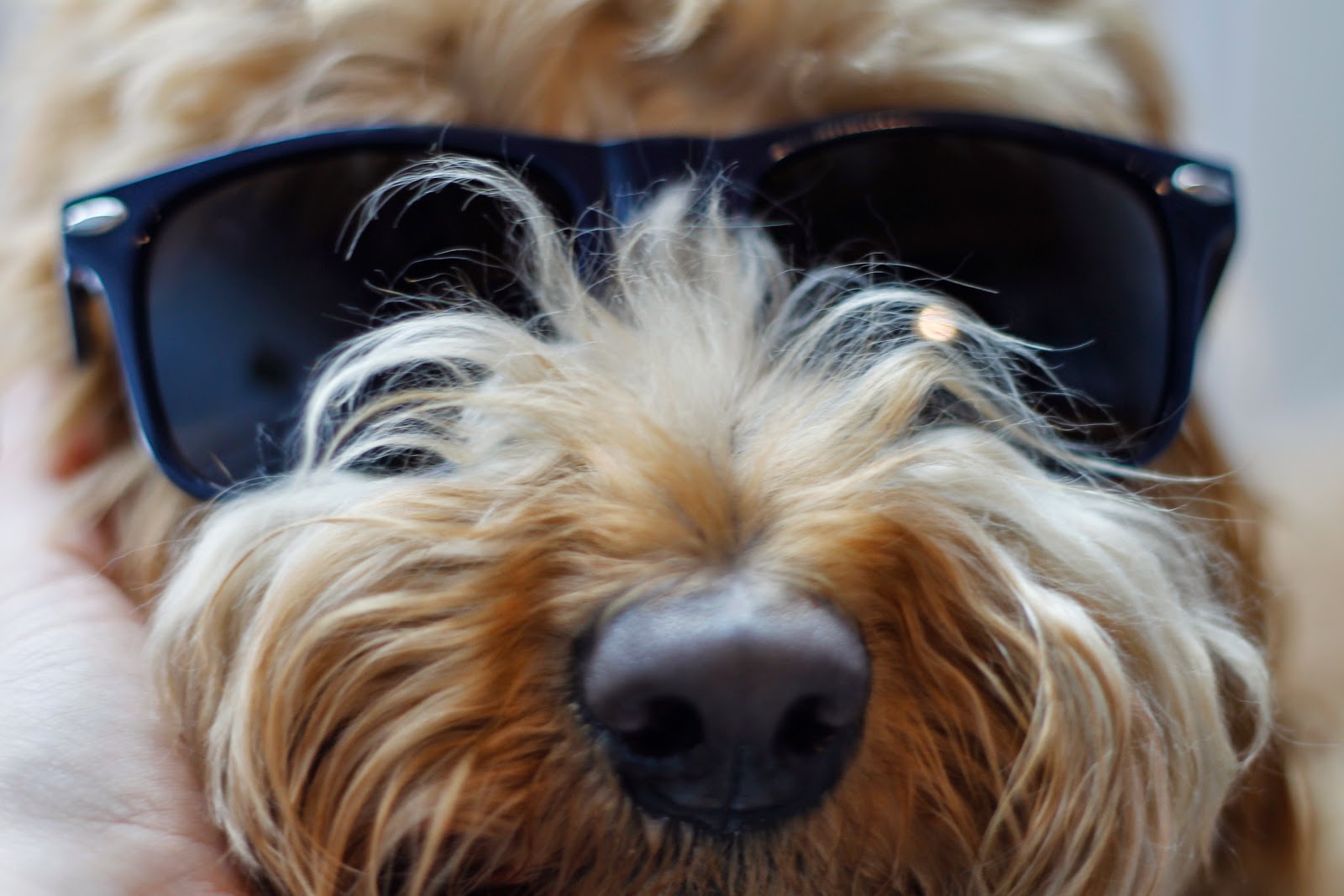