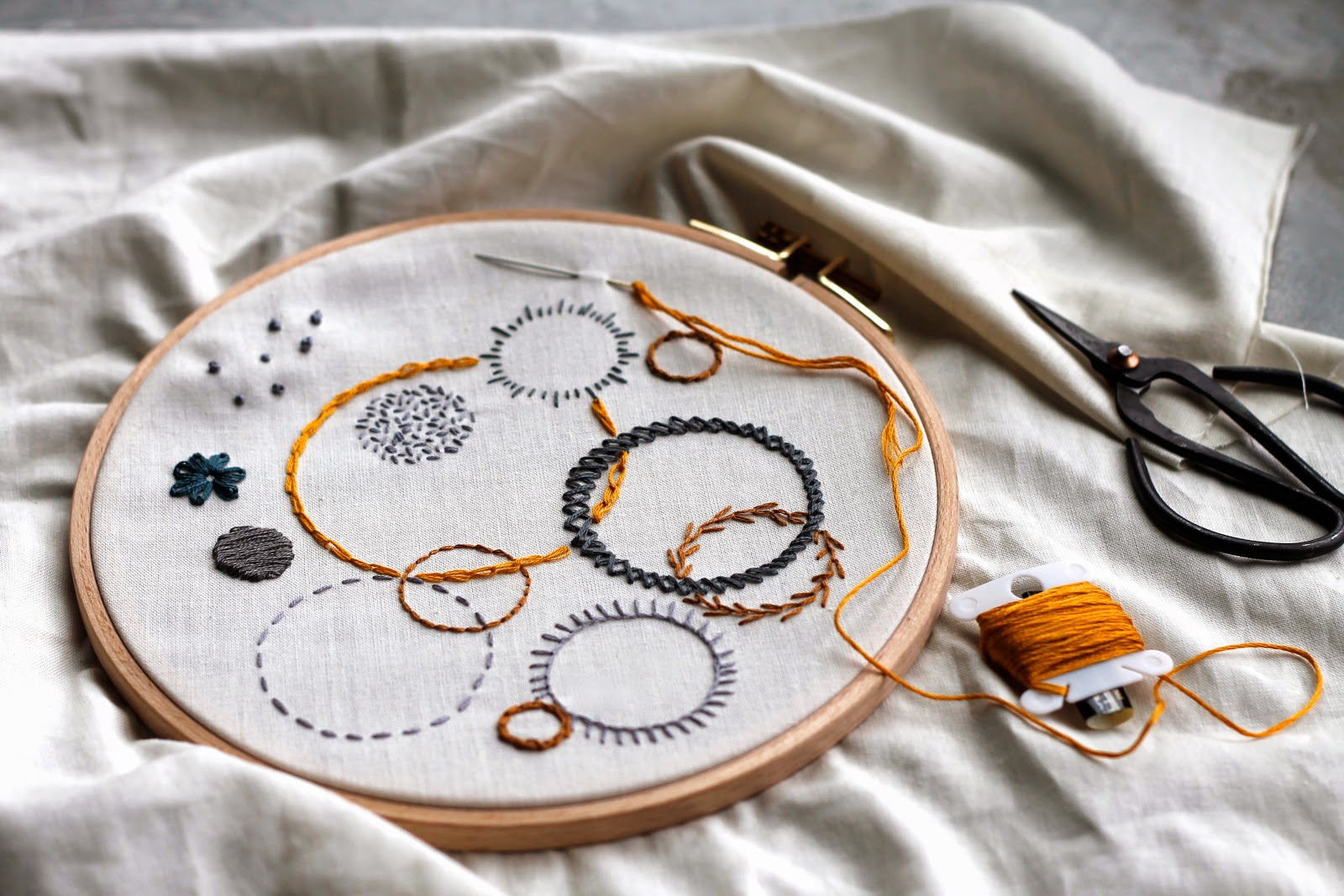 Something terrible happened this morning. I got up and barely had enough coffee beans left to make myself a cup. Whereas my husband is a coffee snob, I'm simply an addict, who likes the good stuff. I need my coffee in the morning, one or two cups, and usually another one after lunch, unless I'm doing something exciting and remote like climbing a mountain, and then I might forget about everything else. If I'm not, I might settle for cheap cafeteria coffee, when the caffeine withdrawal headache hits me after lunch, and I should really be writing up some reports rather than staring at the computer. I'm sitting here this morning, telling you about this, sipping my hot cup of deliciousness, and I feel strangely unsettled, on the edge, like something isn't right. Something truly isn't though, I have no coffee back up. Sure, I can just go to the store or the coffee shop and get my fix. But see, I'm kind of in my pyjamas, un-showered, have convinced Graham to walk Noodle this morning, and I have no desire to leave the house. So there you have it. First world problem.

Looking back, it shouldn't come as a surprise that I ended up in Seattle, a place where coffee culture is a major part of people's life, where coffee enthusiasts abound, and people drink more coffee than in any other American city. When I was in Grad school, I would get up in the morning, resist the temptation to go to school in my pyjamas, since I still had some Quebec city pride (I used to find it terribly improper to leave the house in yoga pants. Funny). I would make coffee, enough to fill up my thermos, and sip it all day long. The thing is, I was pretty much the only one in my (admittedly, small) class to drink coffee regularly. They all thought that I was very strange, and I thought that they were missing out.

I find drinking coffee very comforting. One of those little pleasures in life, that makes getting up early to the sound of construction out of our window less painful. Every sip is a brief moment of pure enjoyment, and therefore teints whatever else is going on around. Guess I should count myself lucky that my addictions in life revolve around coffee and knitting, with the occasional indulgence in learning a new craft. 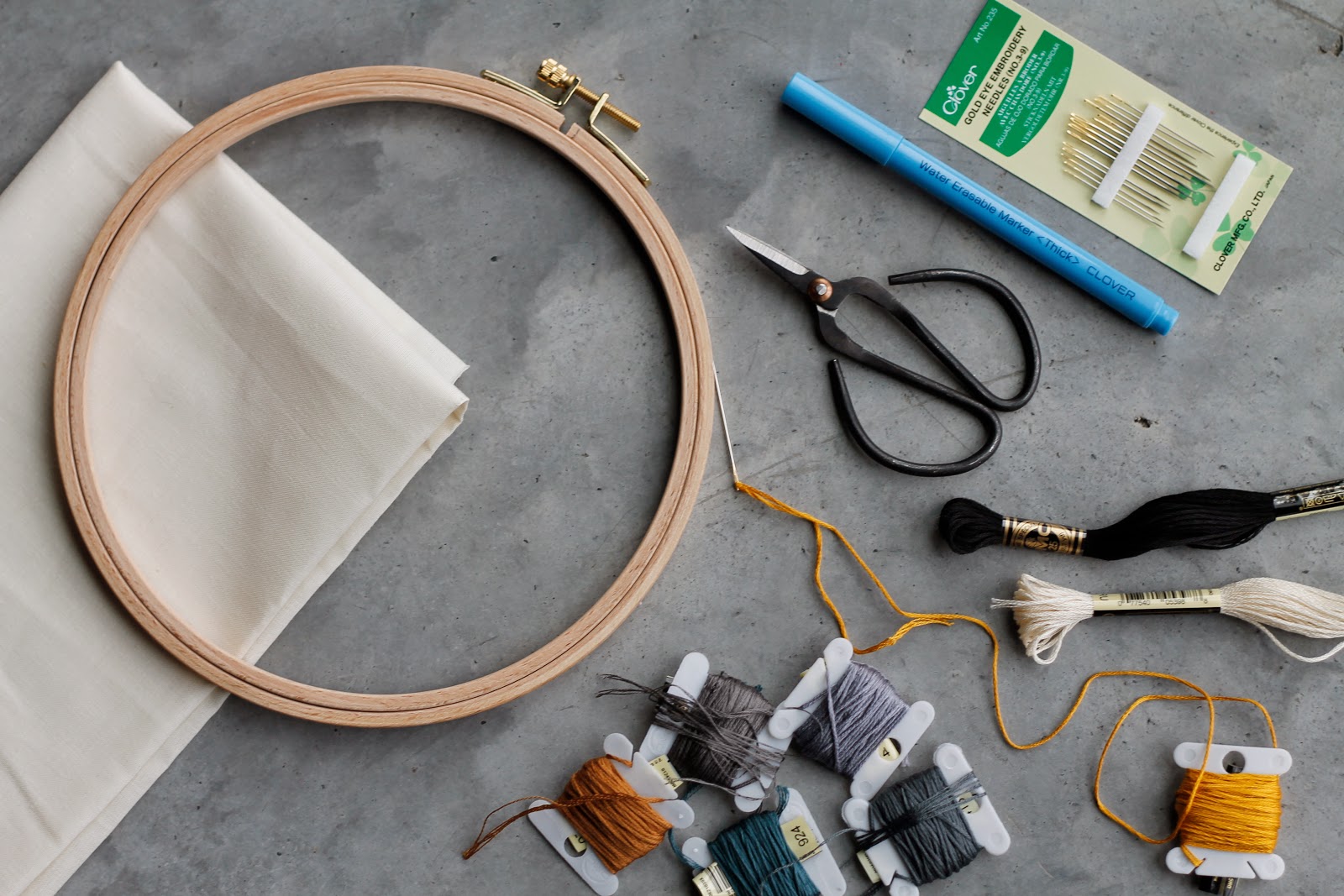 I'm not one to pass on the opportunity to learn a new craft, so when a friend asked me to take an embroidery class with her, I didn't hesitate. If I had thought this through, I would have realized that the second class was on the evening of Graham's birthday, and maybe I would have reconsidered. Instead, we had a delicious birthday breakfast, the kind of breakfast you typically only eat on the weekend because the following food coma may incapacitate you for the next few hours. I'm not going to lie, it was a bit rough.

I had done some embroidery as a child, mostly in elementary school. My mom's friend taught a class at the community centre, where I also learned some water-colour, some ballet jazz and... wait for it... folkloric dancing. Oh yes. I don't remember much, other than my mom saying I was good (but she would have to say that, no?) and making some sort of lavender potpourri. We took the class at this great independent store in Capitol Hill. We learned and practiced many different stitches, and the best part of it was that we learned on circles. Which, really, was brilliant. Because I can see doing the stitches on straight lines, and then being like, well how do I make this a curve then? We also had some of the circles overlapping, so we figured out how we wanted the stitches to flow. Also, I think the result is pretty cute. Now the big question is what should I start embroidering next? 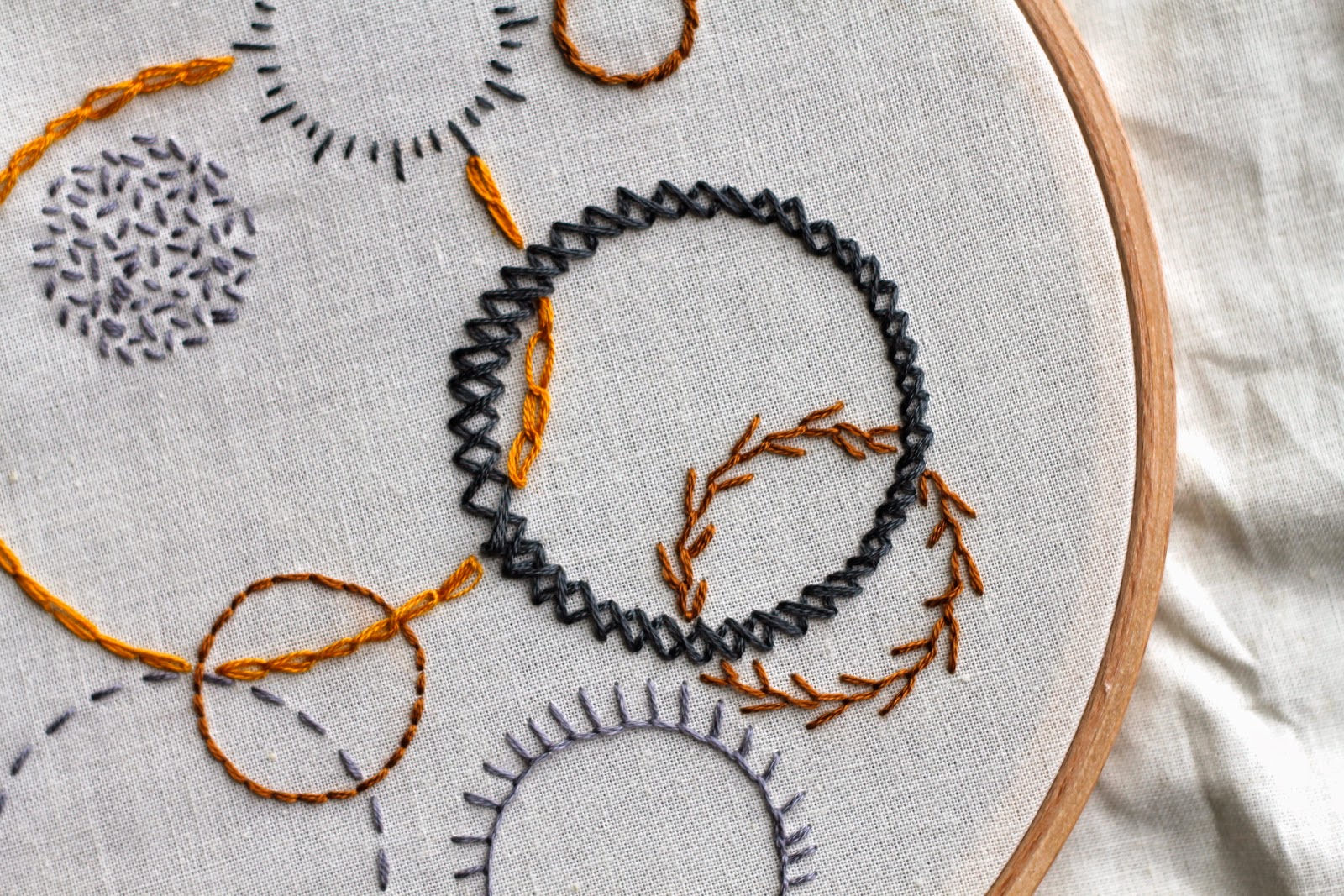 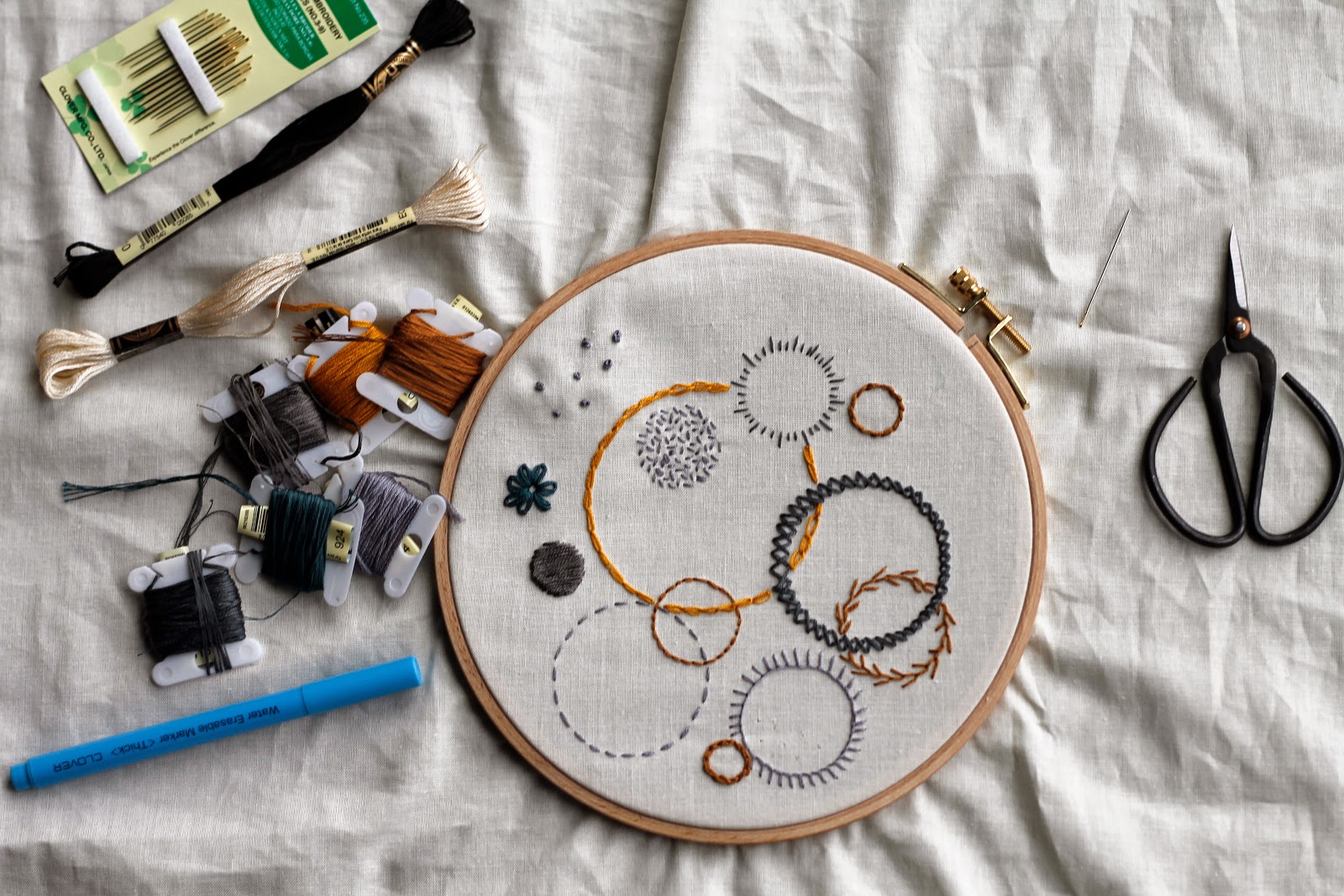