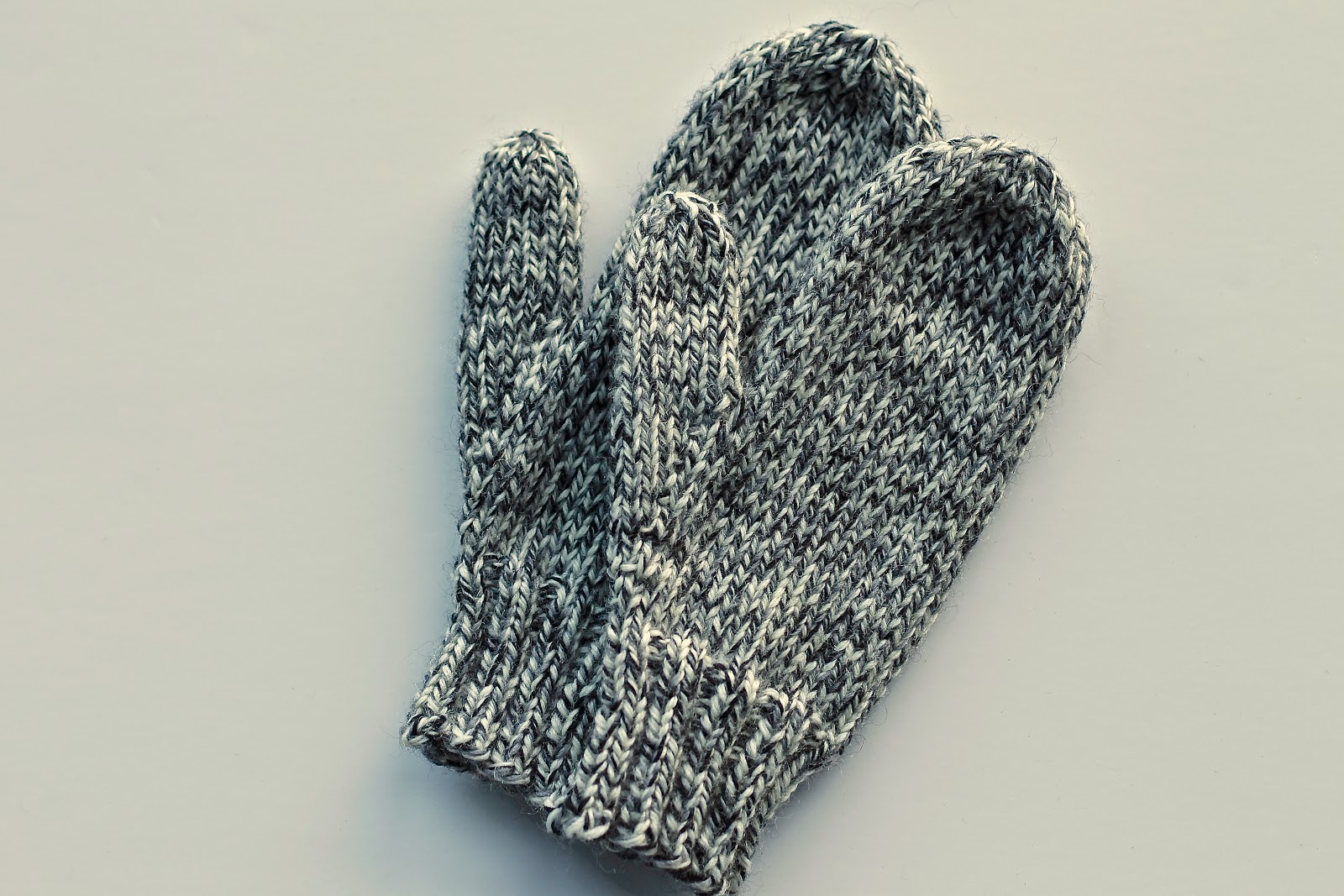 I was planning on telling you how I'm so happy to be in Winter Wonderland (a.k.a. Quebec city) and, don't get me wrong, I'm trilled to be home and visit with family and friends. But after a mere hour of sleep in the last 32hrs and 3 flights including a red eye, my Holiday spirit has not yet reached it's full potential. I've been crashing on the couch, knitting and watching Netflix for the last few hours, killing time until I can reasonably go to sleep. Wrapping presents will have to wait. So instead of telling you about my parent's lovely Christmas tree and the festive preparations, I thought I'd share with you this problem I have with my hands. The thing is, they are really small. Short of buying kids mittens, I almost inevitably end up with mittens that are way too big for me, floppy thumbs and all. It's actually quite annoying. Being able to knit some myself has been pretty amazing, especially since I figured out how to M1 without creating a hole. Basic, I know, but see, I decided to make mittens as one of my very first projects, cable mittens to be exact, because apparently I was thinking go big or go home. They were fine, well, after giving up on the cable they were better than not having mittens, but looking back I feel a little bad for friends who were given these beginner's mittens with holes around the thumbs. So there you have it, I'm sorry, but I was super excited, completely ignoring my mistakes, and one day I'll replace them with better ones, promise.

Now that I've been knitting for a little longer, learned a few things, and look things up a bit more often, I decided that it was time to make some more mittens, especially after these were a success. I had this lovely marled yarn that I got a while back, and tried to make a Honey cowl out of. I was not feeling great when I was knitting it, and acted in complete denial that the yarn was the wrong choice, until the cowl was pretty much finished. This yarn feels good on the hands but is a bit itchy on the neck, and knits up way too stiff for a cowl. It was kind of a disaster. I frogged it, set it aside for a few weeks, until I decided to make mittens instead. It turned out to be a much better idea. 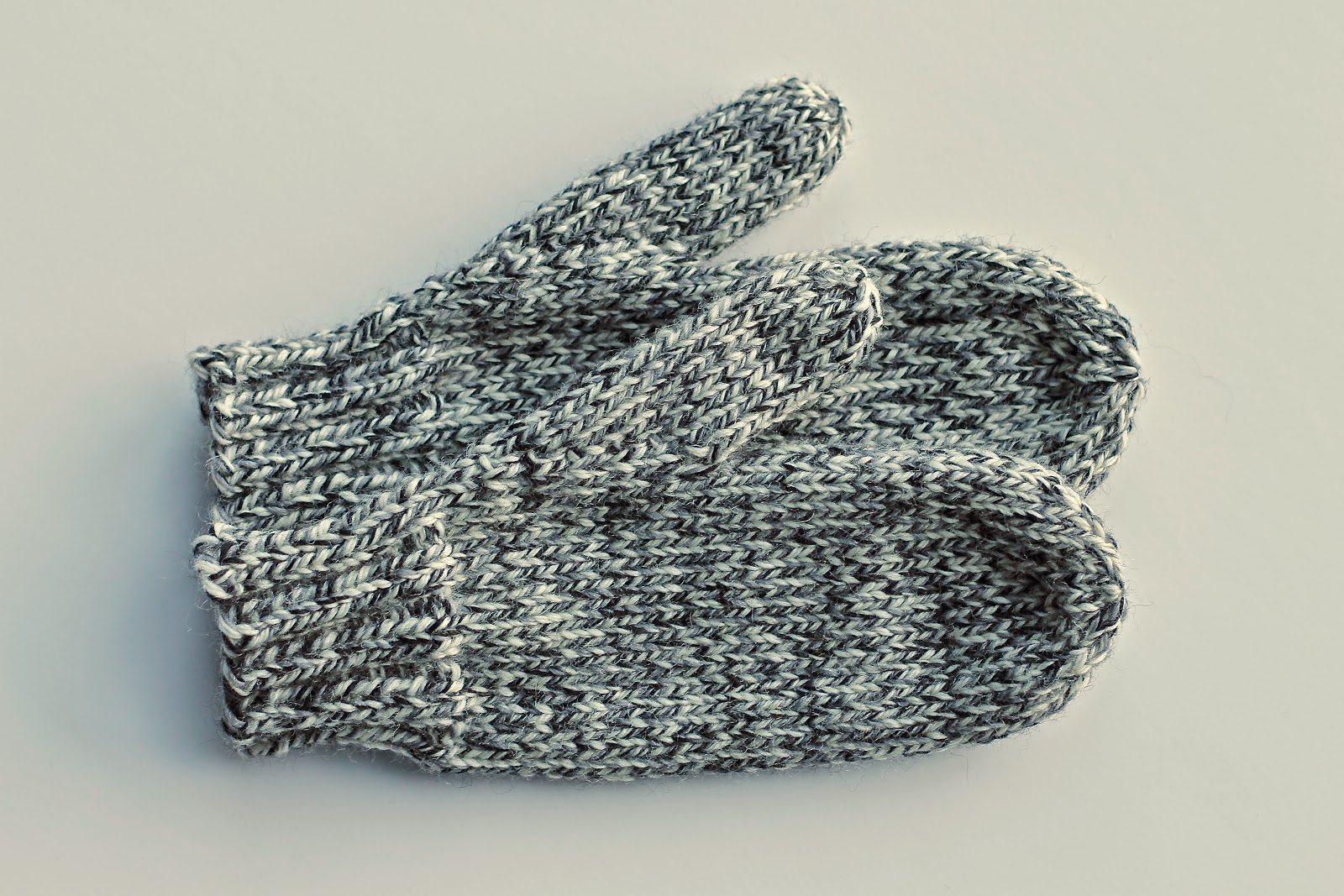 My friend who has normal adult sized hands had asked me for some, so I decided to get on it before going to visit. I chose the Warmest Mittens by Kris Percival, because I wanted a simple design for the marled colour. I followed the pattern without checking my gauge first, because... well it's just a quick mitten, right? Turns out the first one was perfect for me, which was both great and not. I ended up going up a needle size for hers, making her a pair and then making an extra small one for me, ending up with two lovely pairs, saving the thumbs for last because... well they just aren't as much fun. Using smaller needles for the core of the mitten (US 5 for me, US 6 for hers) with Aran weight yarn made the stitches nice and snug, for an extra warm mitten, perfect for our West Coast winters or this Christmas visit. We have both been wearing them a lot, and as soon as the Holiday craziness is over, I might just need to make a few more pairs. In the mean time, I'm planning on taking full advantage of family and friends to catch up with, of delicious meals and wine and watching the snow fall. Happy Holidays to all of you xxx. 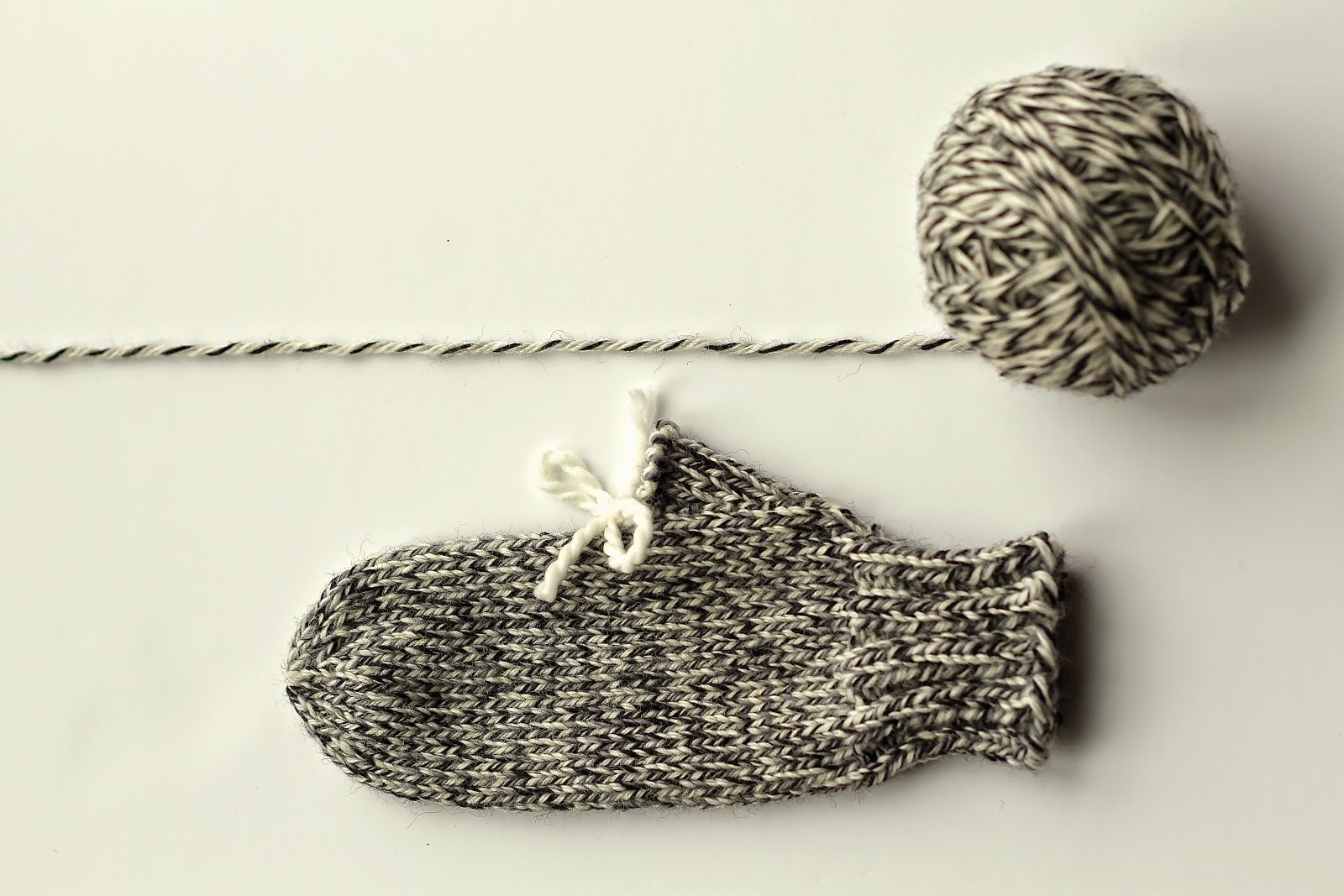 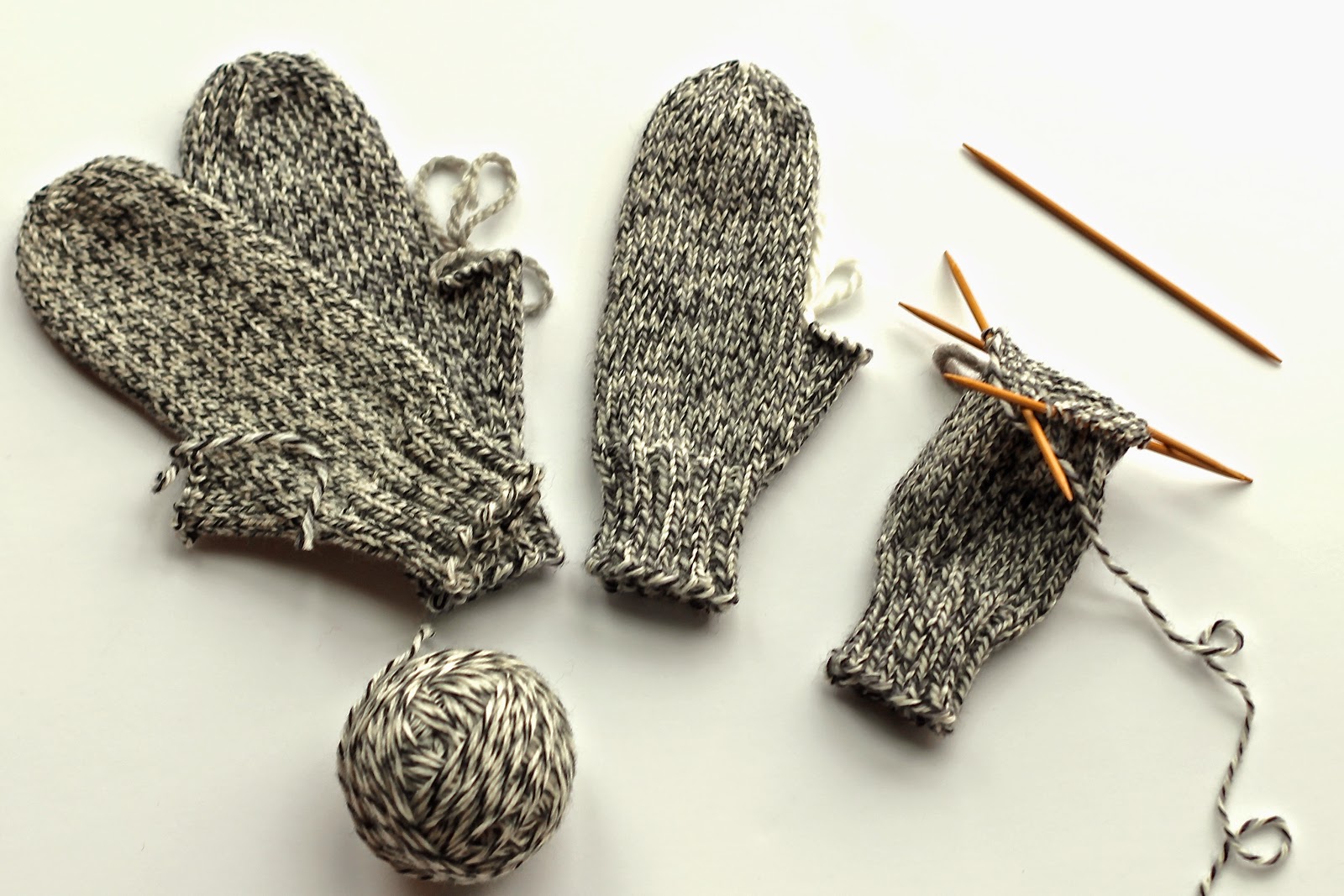