Debut in lace: a shawl 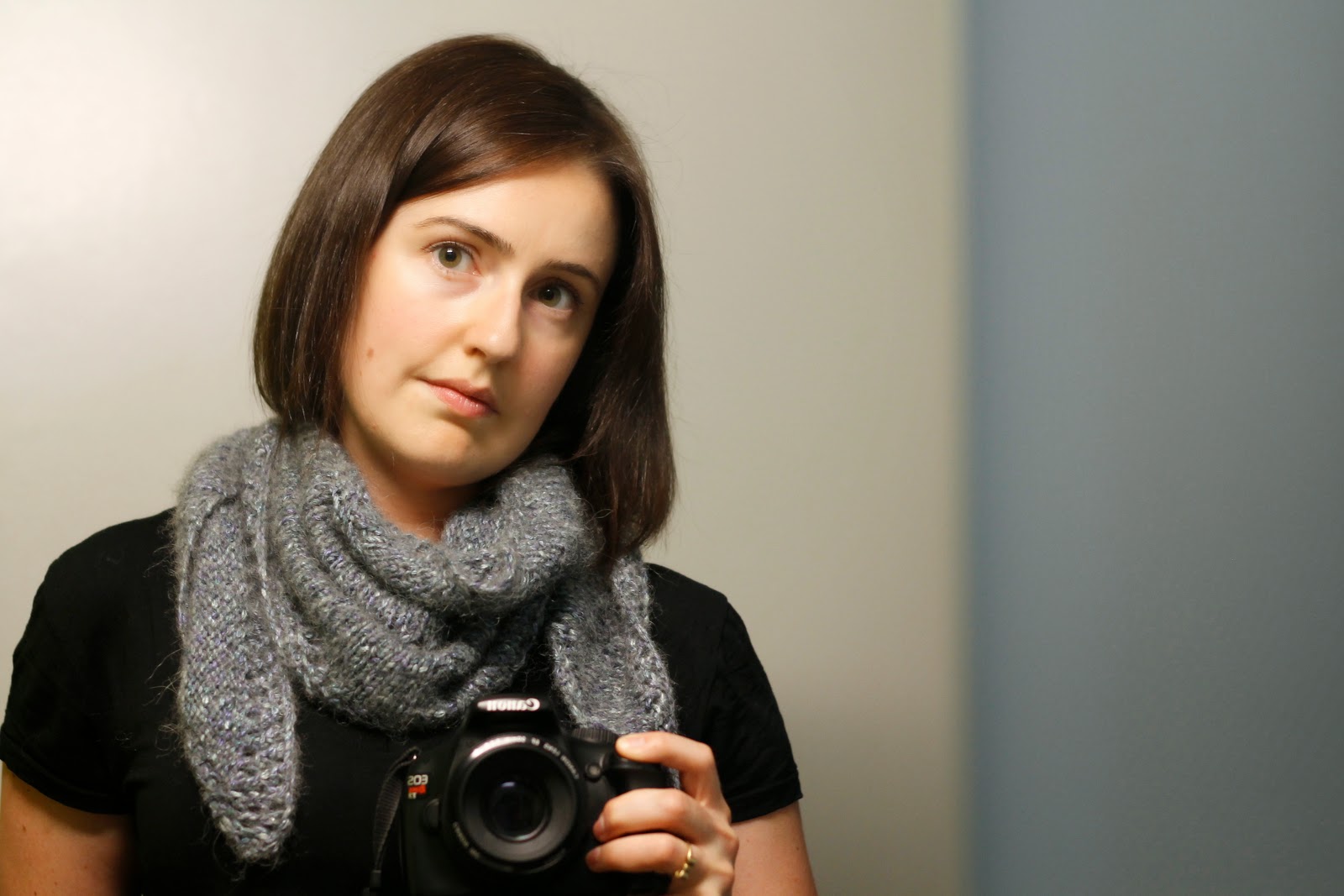 I am happy to tell you that as promised, there has been some progress made in the quilt department. The fabric has been pressed and cut, and piecing is under way. But more on that later. A few months back, I was heading to my last day of class, and then hitting the road to drive to Leavenworth for a lovely wedding. I was in between projects, and wanted something to occupy my hands and help me concentrate during lectures, a car knitting project, and maybe something for the down time at the cabin. Mistake, mistake and yep, mistake again. See, so far I'd say that I'm more of a DK to Aran weight kind of knitter. I don't love yarn that is too bulky, other than the satisfaction of finishing projects so quickly, and I'm a bit scared of sock yarn and tiny needles. I would like to learn more about lace knitting to improve my skills but I don't really see myself wearing most of the projects I've come across, however beautiful they are. When I first saw the Azzu's Shawl by Emma Fassio, I loved its simplicity, and the cozy look of the shawl when knitted in medium weight yarn. I had found my next project. So where were all those mistakes, you may ask? Well, the pattern isn't actually that complicated, but being me, I skipped the "you should really read the pattern at least once before you start knitting". I also started knitting in class, where I was somewhat distracted, then continued in the car, where I was maybe not that alert, and then at the cabin, while chatting with friends, where I was possible mildly hung over. All of this together meant that I disregarded this feeling of "Hmmm... something looks a little off", and it's not until the end of row 78 that I finally had to admit it, and frog it.


Back to row 1. At least with knitting, making a mistake means time wasted, but you can reuse the yarn. Unlike some sewing mistakes I've made... So I ripped and started again, this time with a better understanding of the pattern. What I wanted from this shawl was a cozy triangular scarf, with the bulk of the fabric at the front. I chose to use Frost by Rowan, vibrant with colours and super soft. 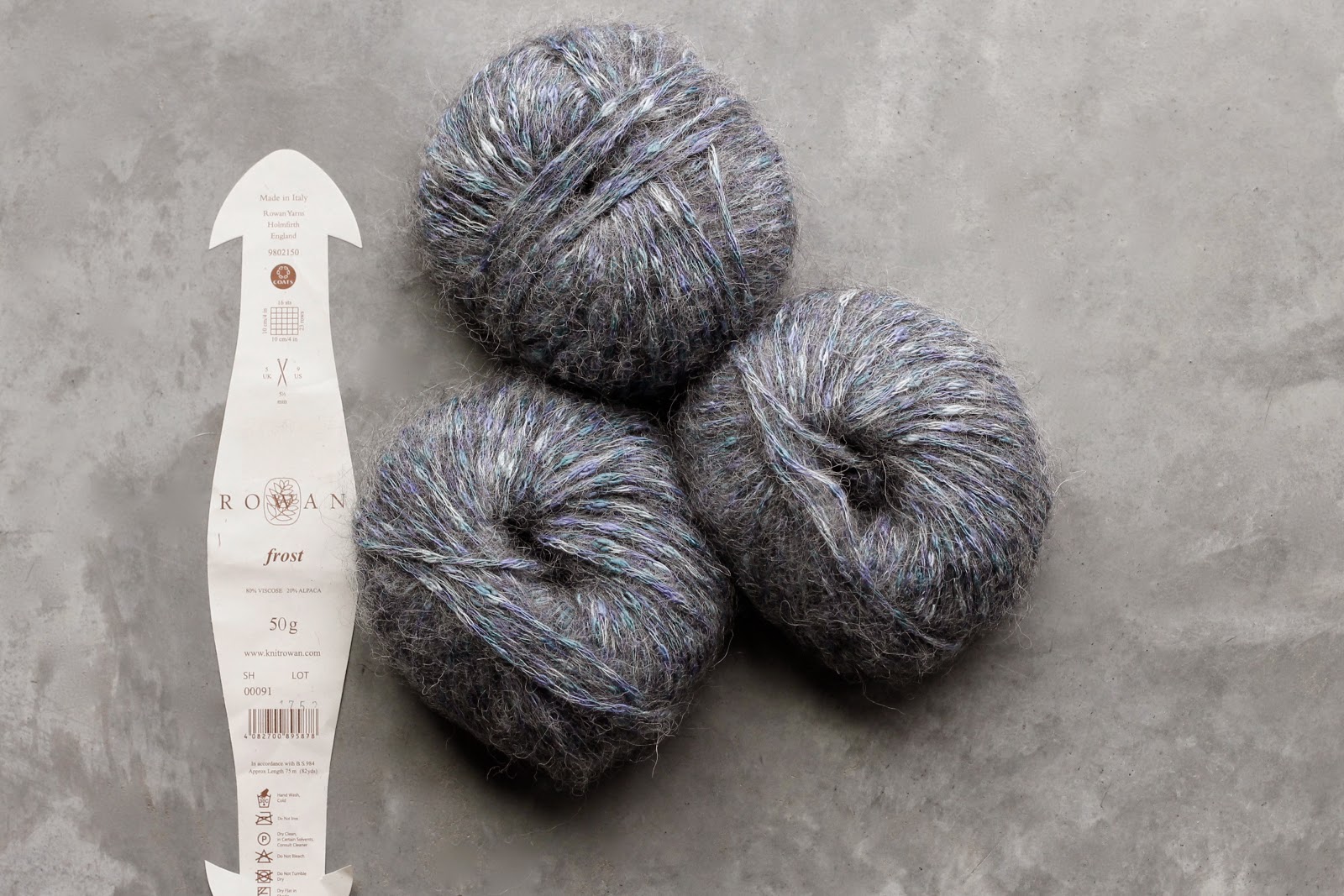 I used 3 skeins, and skipped over one pattern repeat to make it a little shorter. Blocking really opened up the pattern, and prevented the bottom of the triangle from rolling up. It's soft and cozy, and will be perfect for the fall. 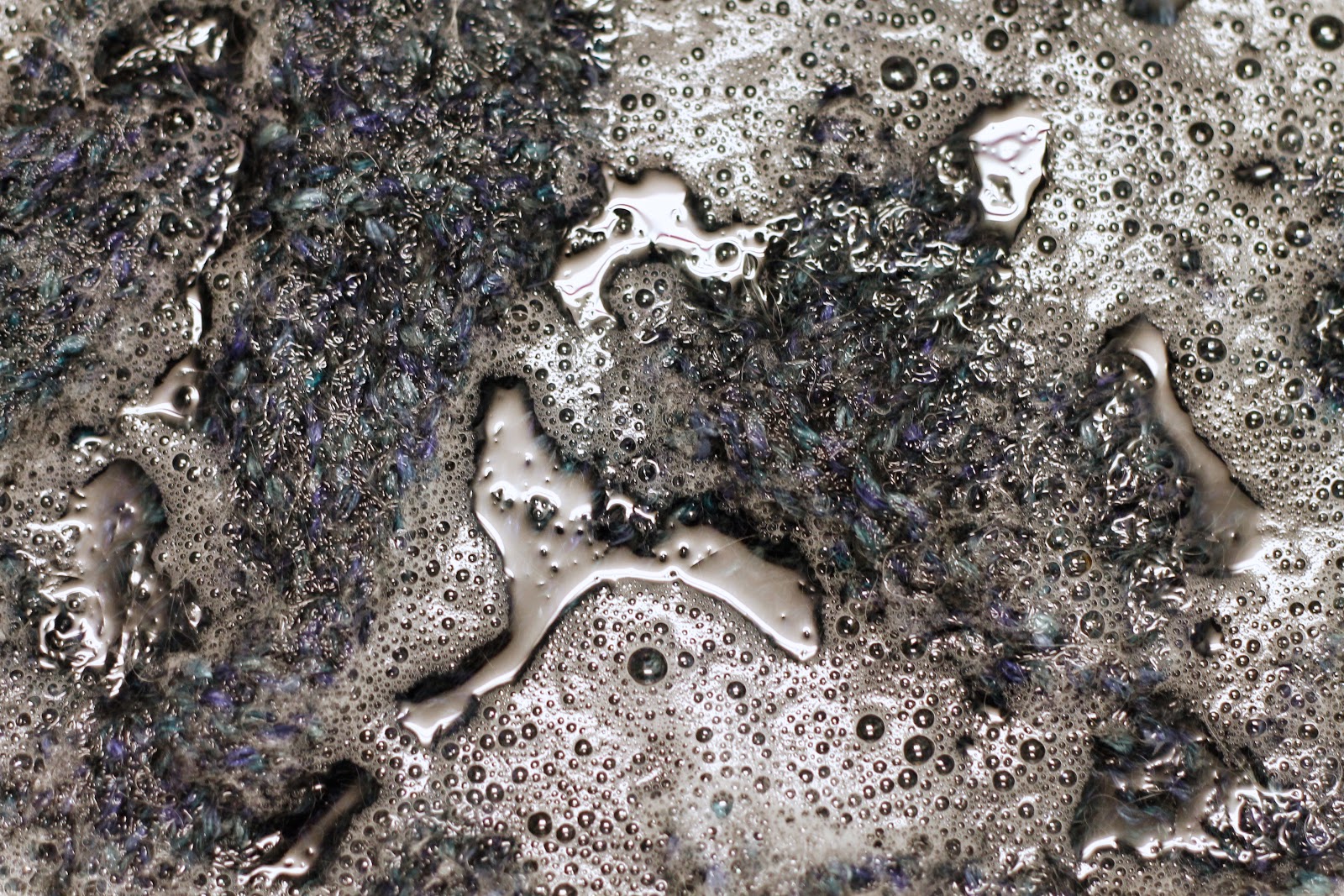 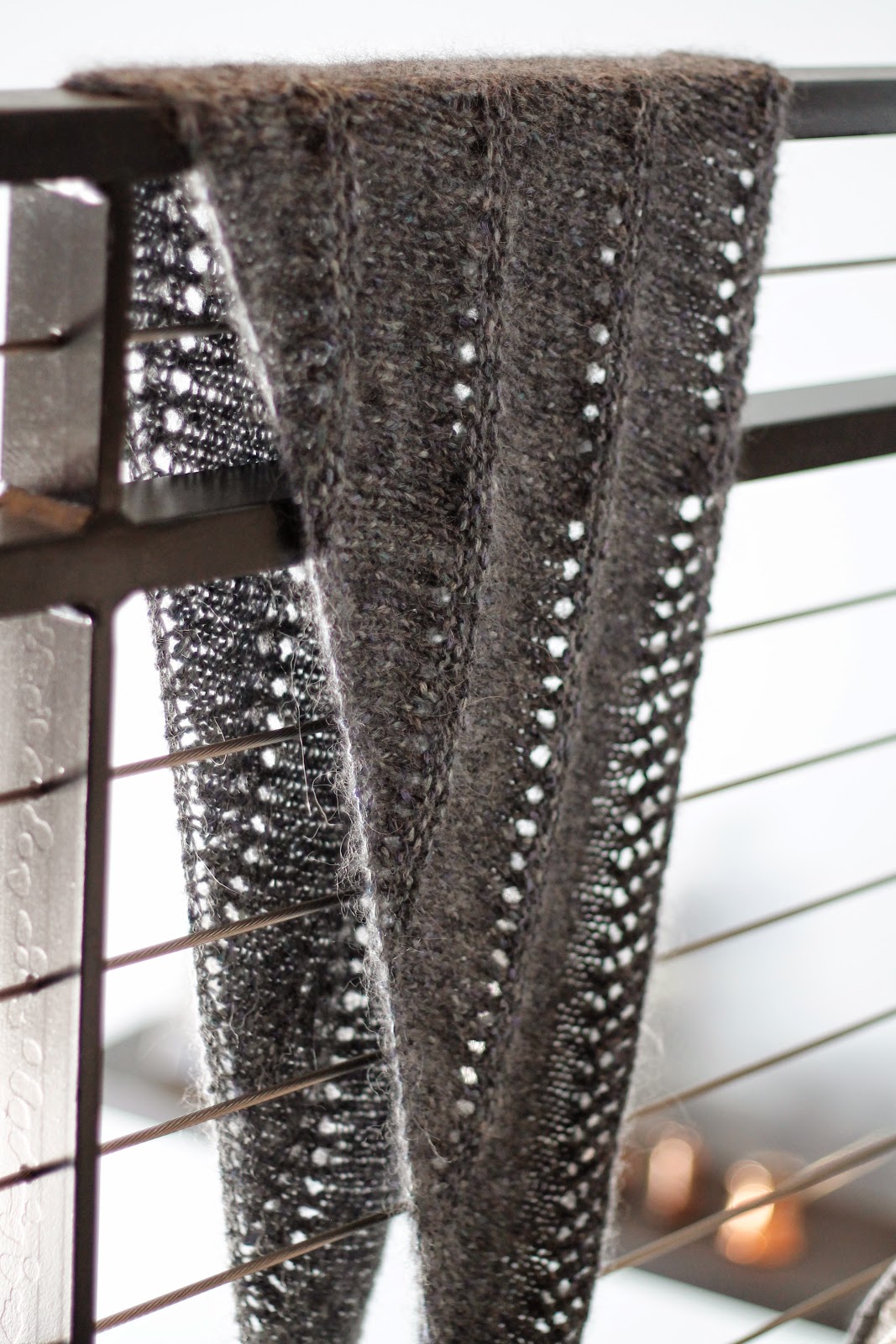 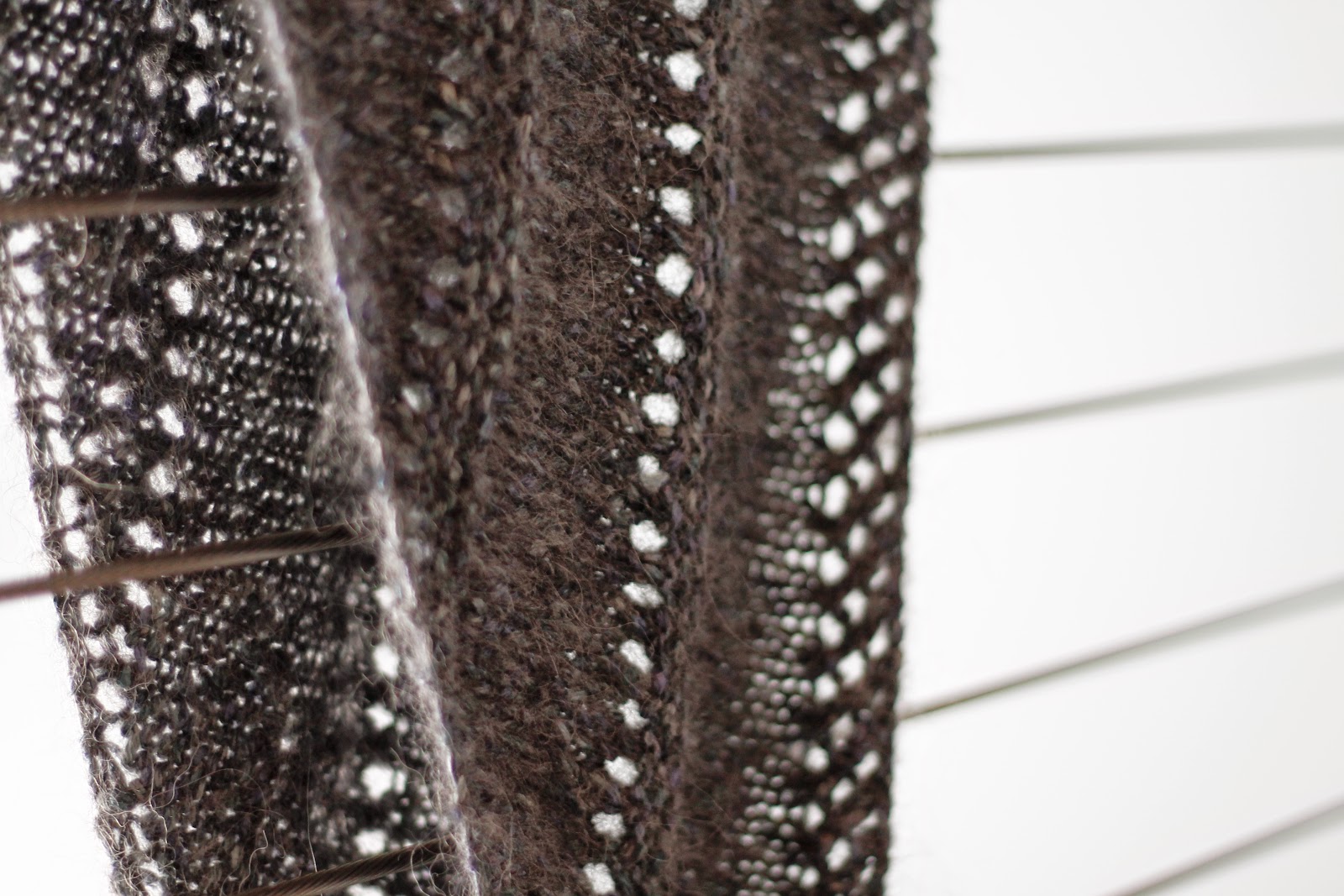