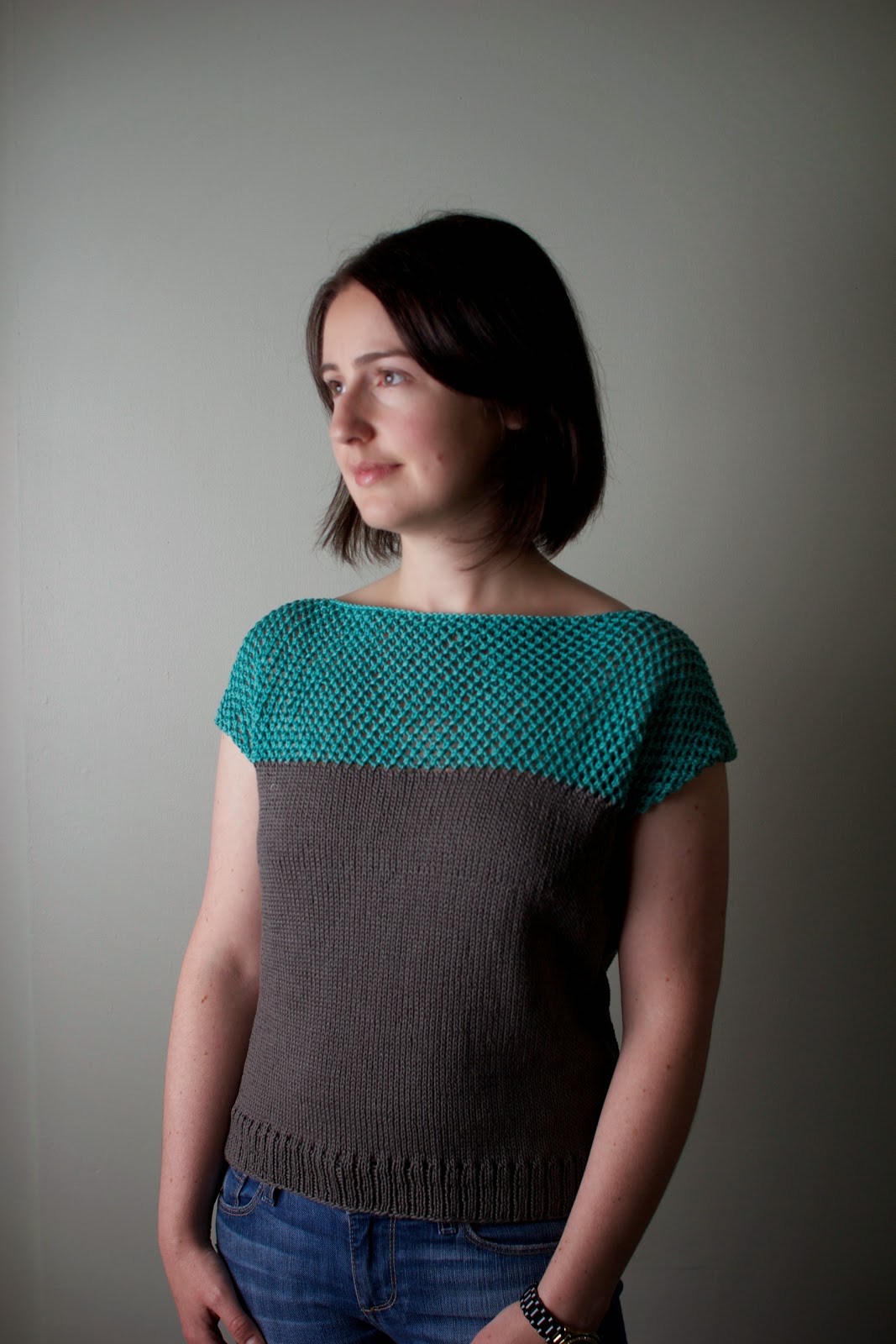 Have I ever mentioned how I'm obsessed with everything Purl Bee? I love their simple, classic yet modern, projects. Like this new simple Washcloth and Scrubbing Mitt, that just made it onto my to-do list. I'm kind of glad that I don't live in New York because I would be in serious trouble. Rushing to the store every week to buy supplies. Right now, having to pay for shipping makes me think twice before placing an order, and gives me a slight sense of self control. I'll take what I can get. Many of their patterns quickly make it onto my project list, and this Cap Sleeve Lattice Top was no exception. I had been planning to make it for a long time, pretty much ever since I laid eyes on it. Even though the pattern is quite simple, I was intimidated to make my first sweater (do I still get to call it a sweater if it doesn't have real sleeves?), which seemed so much more serious than a scarf, a hat or a pair of mittens. A sweater felt (still feels) more like a true commitment, something that needs dedication as opposed to a fun side project. I got the yarn back in October, and unfortunately it sat in a large yarn bin for a while, until I mustered the courage to start. I decided to use cotton instead of wool, because I wanted to wear it in the spring/summer time. Also because, let's be honest, Madeline Tosh is lovely but kind of pricey. I chose Cotton Classic Lite by Tahki Yarns and used 2 skeins of turquoise and 3 skeins of grey. Back in April, we were about to leave for our camping trip, and I realized that the special square needles that I ordered to help with a frustrating project would not get to me in time. That meant that I needed a new car-friendly knitting project, which also became a flight-friendly project when we flew there and there shortly after, because it wasn't exactly a quick knit.

I decided to knit it as the pattern originally intended, flat instead of in the round, and I was pretty happy with my decision until I had to seam the sides. See, I'm happy to commit to a sewing project, but when I knit, for some reason, seaming is the part that I dread the most. I think that it took me about two days once I was done knitting to actually sit down and do it. I'm really happy with how nicely the cap sleeves fall, and how the sweater overall turned out. I added an inch to the body, and if I was to knit it again, I would probably add one more, as it's a bit shorter than what I like to wear. If I start my next sweater now, it might just be ready for the winter... 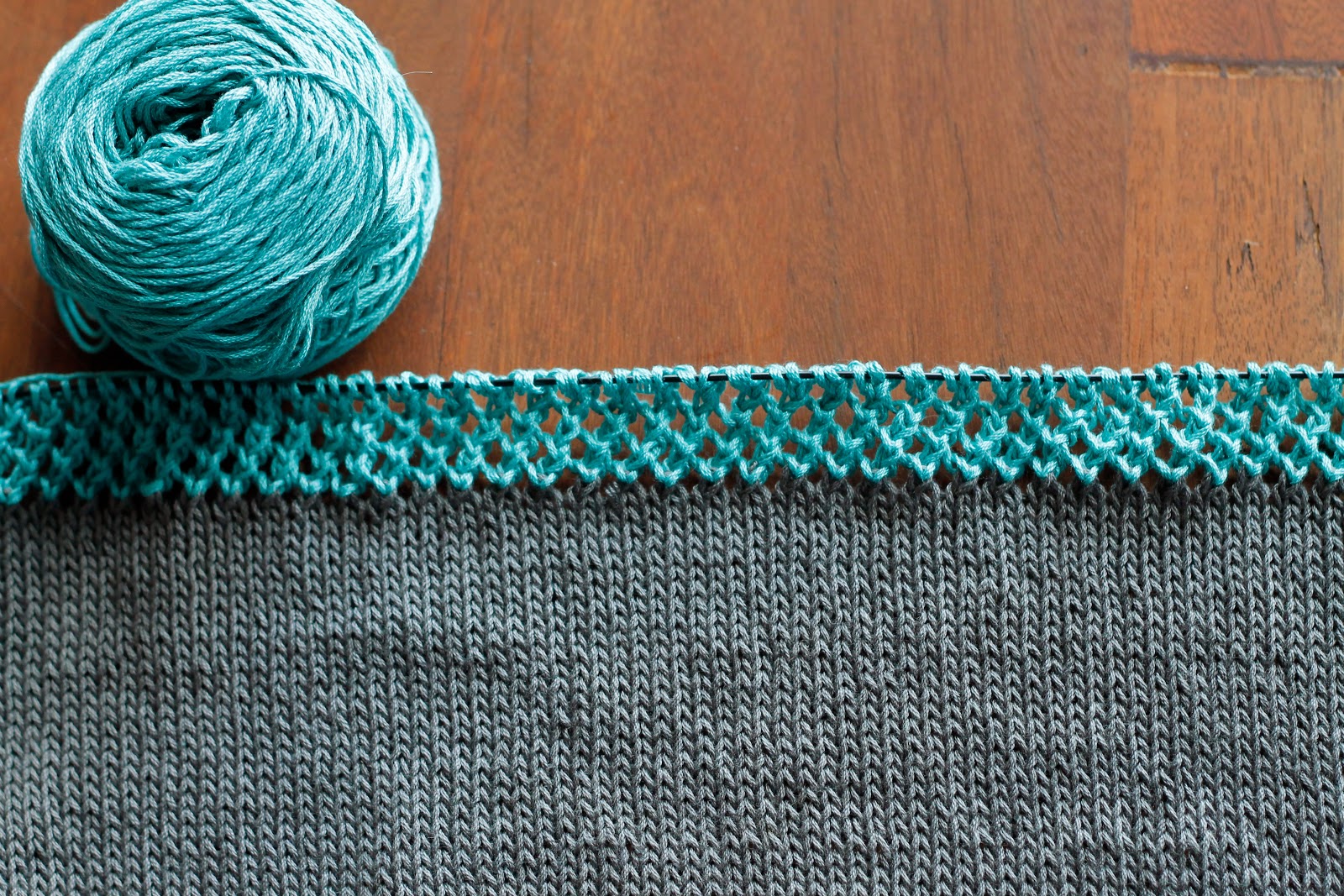 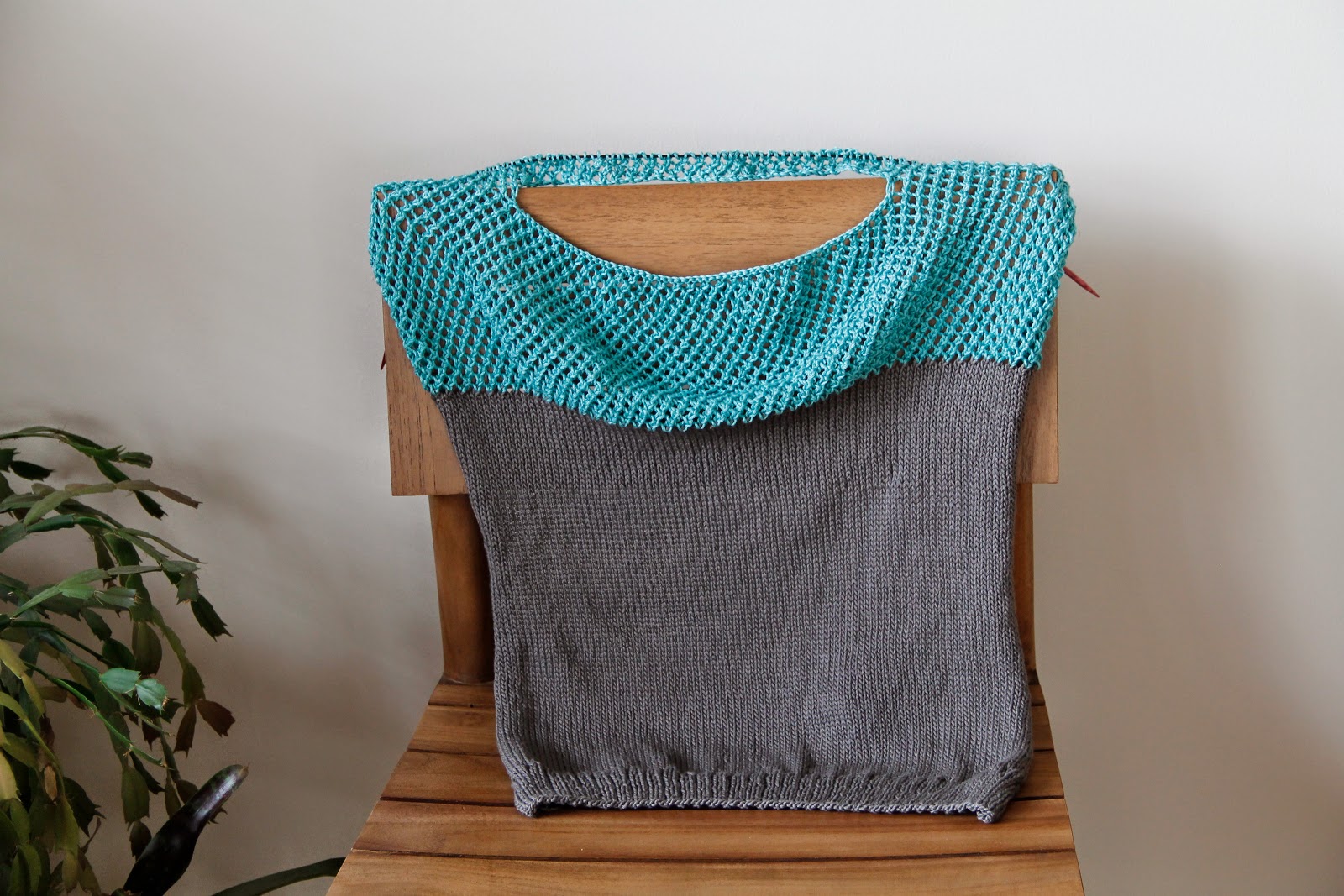 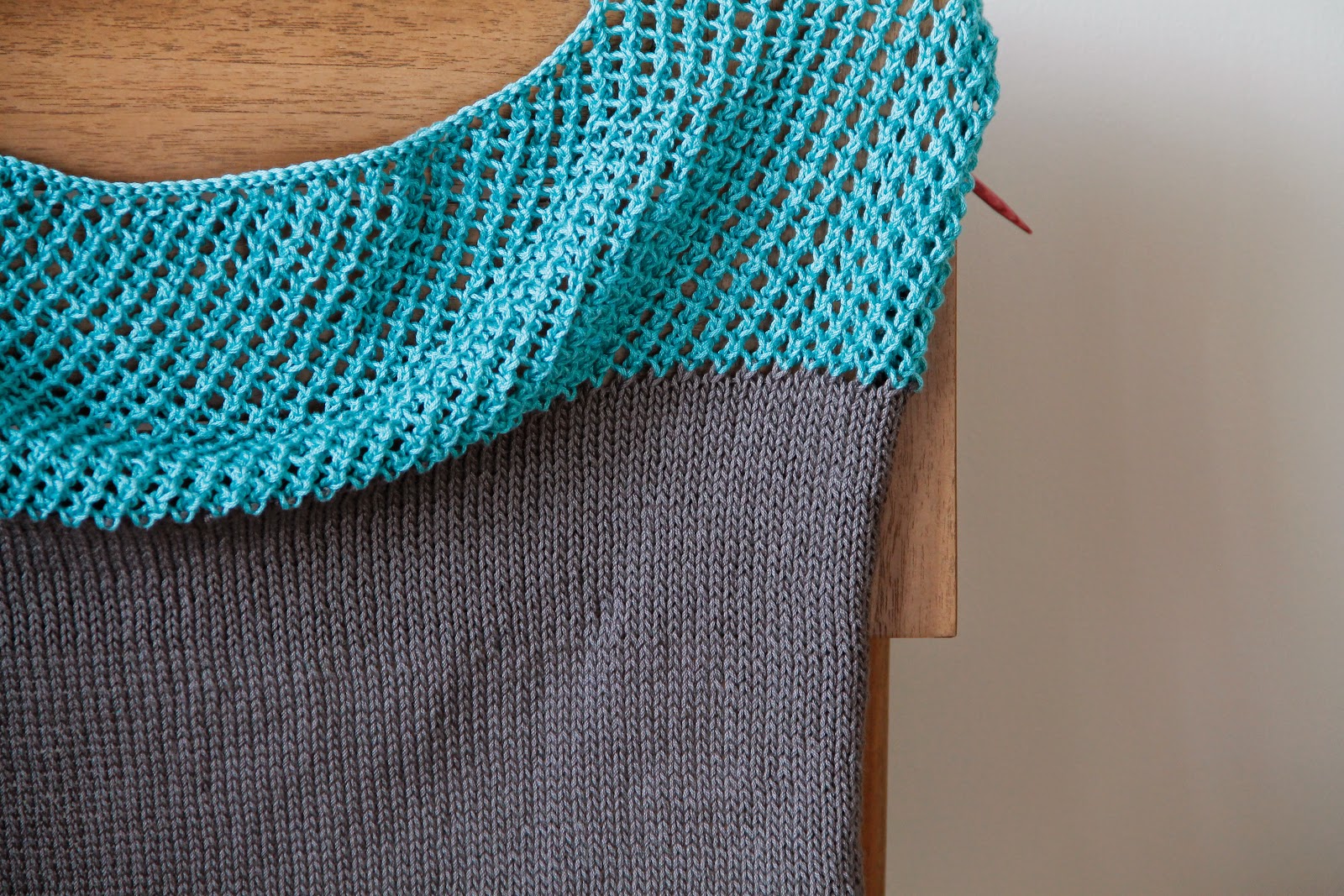 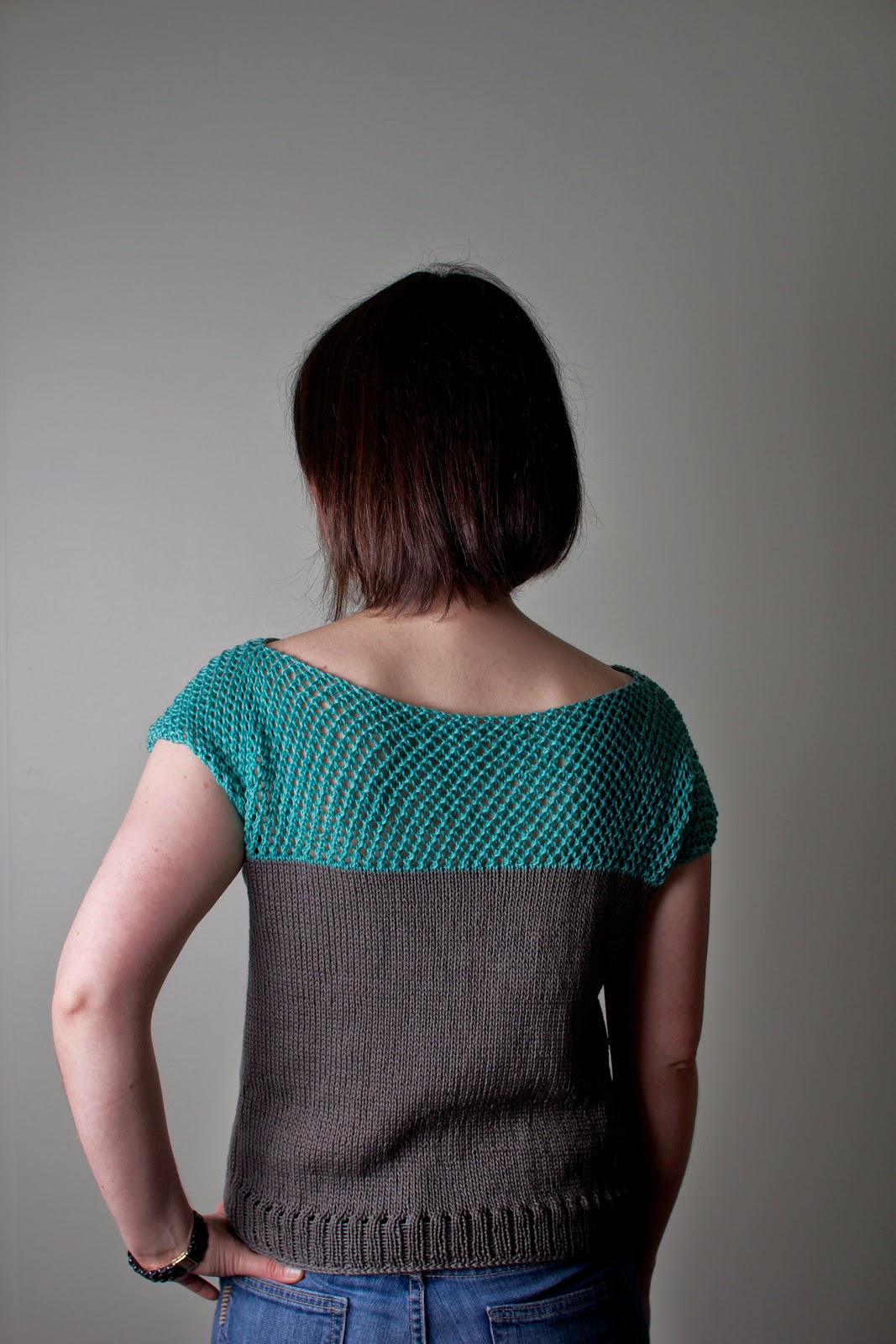